A year ago, December 4, 2018, the team at Fairview Southdale in Edina MN went to work on me.  Dec 1 and 2, 2019, a year later, I took the two photos below.  In the last 365 days between lies the story of the last year.  I’ve written a number of times about the trip in between.  The links are at the end of this post, for anyone interested. 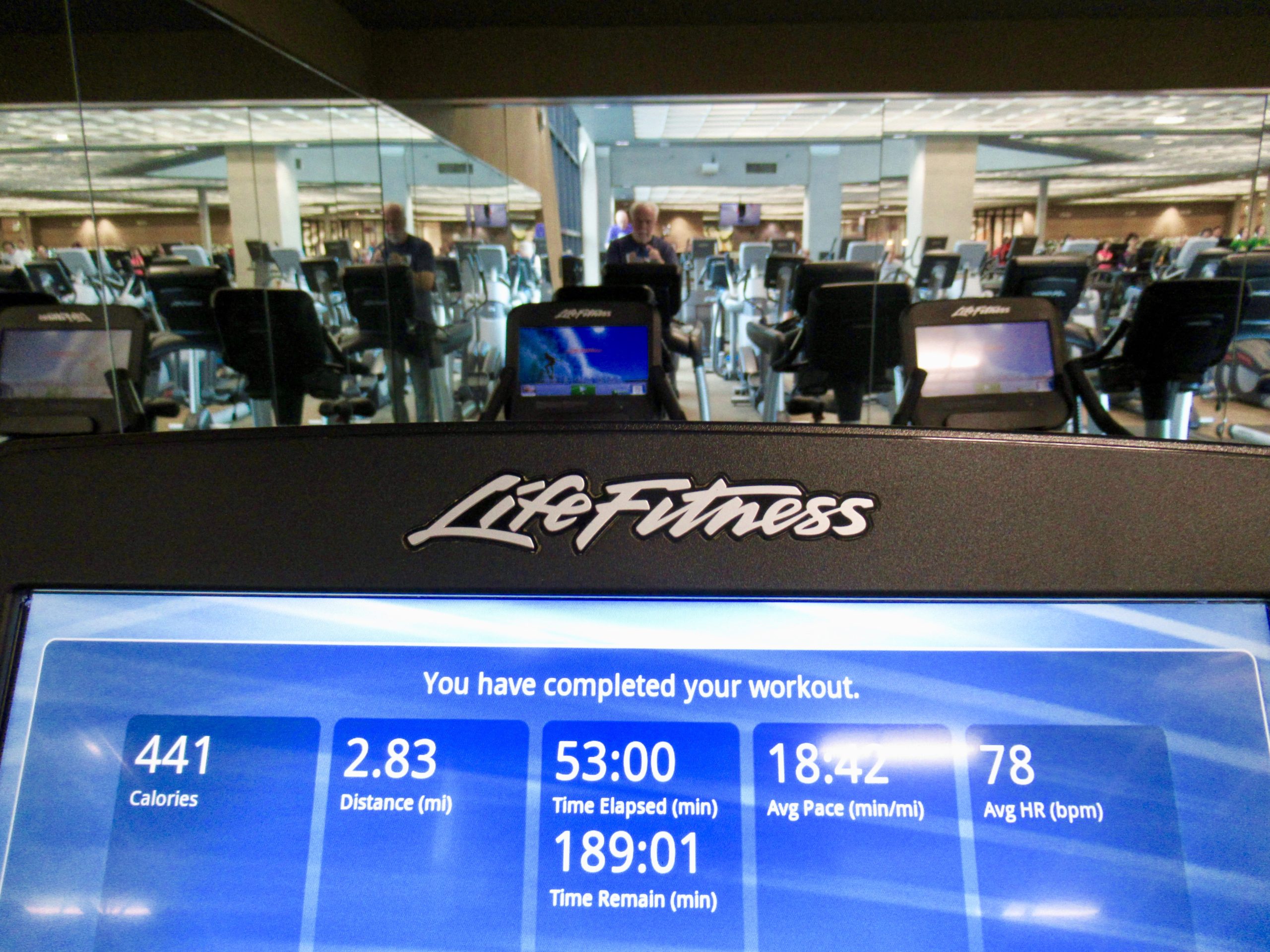 Dec. 2, 2019, right after the exercise at Lifetime Fitness. The photographer (moi) is in the background. 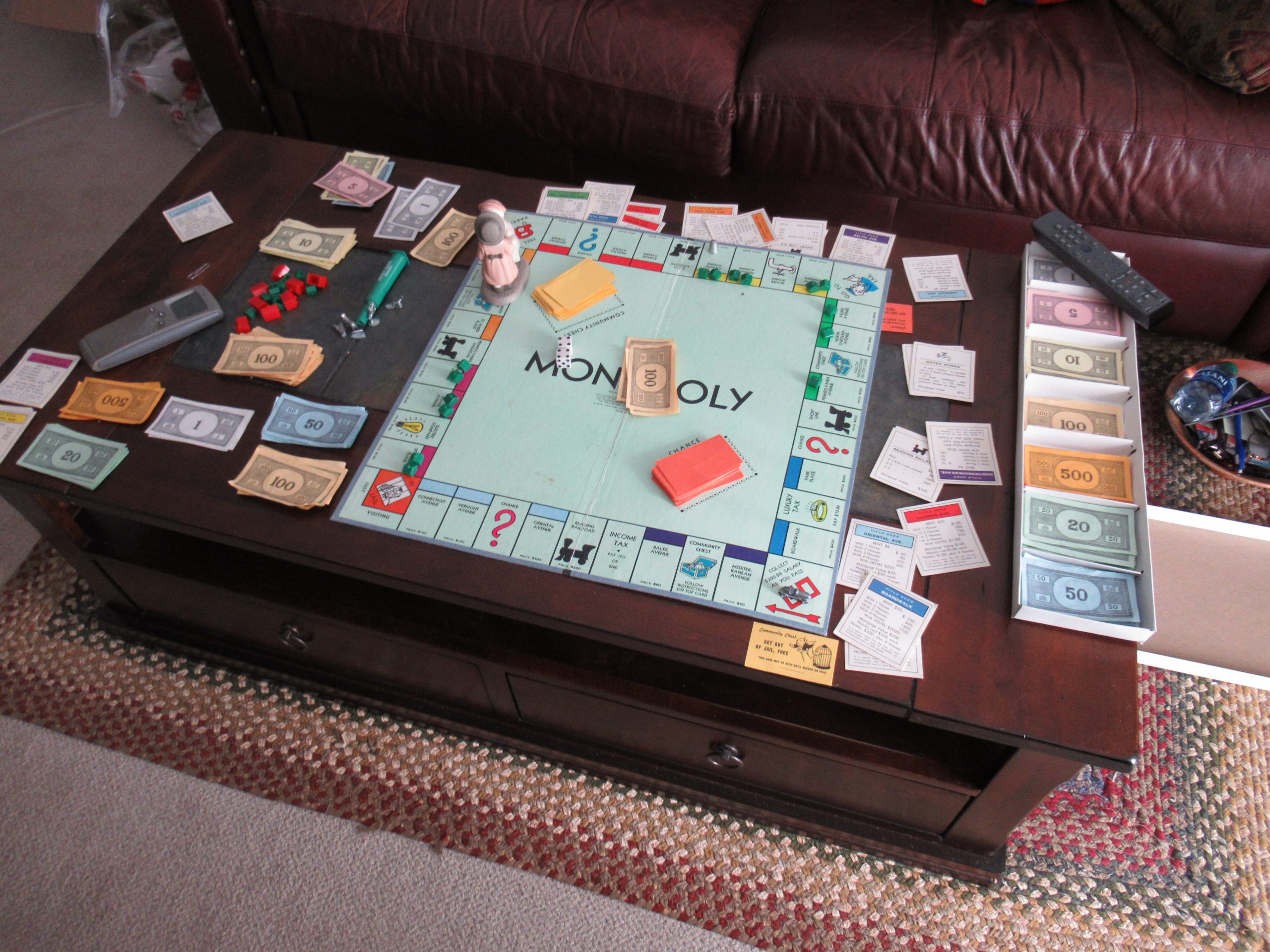 Actually, the Monopoly game sets the real anniversary, May 25, 2018.  Grandson Ben and I share the stage, neither of us enthusiastic participants; our respective caregivers thrown into the role, which they thankfully accepted.

May 25, 2018, was the day when my primary care physician listened with concern to a heart which was making not-cool sounds, starting me down the path to the Operating Theatre some months later.  It was a routine physical – no one had to pick me off the street and rush me to the hospital.

The same day, a few hours later and about 150 miles away, Grandson Ben, 13, and his Dad, were in a very nearly fatal highway collision, with Ben being very nearly in the ‘bullseye’, ending up medivac’ed to Children’s Hospital in Minneapolis; in a coma for about three weeks, thence a long period of beginning recovery which lasted into the fall, at Children’s and then Gillette hospital in St. Paul.  Ben had severe head and other injuries.

Sunday, Ben and his Grandma were playing Monopoly, and at the end, he asked her to leave the Board up so that he could show his parents.  I was at the gym at the time.  One and a half years out, Ben has largely recovered except for an injury which possibly will be permanent.  In the Monopoly game, he is able to make strategic decisions, and he can make change, but he cannot read the cards or the Board descriptions.  He can count, and he can read the individual letters, but not the letters put together into words.  I think I can say, without exaggeration, that none of us, back in May of 2018, had any reason to believe that his recovery would be as remarkable as it had been, and this is largely due to those incredible communities within the general medical community.  Ditto for myself.

Thanks to all of you.

As I say, my personal journey is, in part, described in the links at the end of the post.

I think I am essentially as close to 100% as a person nearing 80 years old can be.  There is no 4-minute mile in my future; nor any marathon, or “leaping tall buildings in a single bound”, nor any childhood fantasy sold by Charles Atlas!

I, and Ben, join millions of others who today, or yesterday, or tomorrow end up somewhere they’d probably rather no be.

There is no point in talking in detail about my own personal experience, or what I know of grandson Ben’s.

From the beginning – long before even diagnosis – I was part of the Fairview system, so I saw many years of excellent medical service.  But when you reach the big leagues, which open heart surgery really is, a quick learning is that medicine is really a community action, part of which is the patient, of course, but as important every single cog in the wheel of service to the patient, who is not always the most gracious of consumers.

We tend to see on the news only the atrocities or the miracles.  The business end of medicine is in the ordinary day to day service by all manner of medical and technical personnel.  Human beings.  My surgery happened on a single day, but it was by no means a single event.  The experience began months before the surgery, and continues even now.

I use the word “community” much in the same sense as I would use the word to describe “public education” or “police” and “fire” and assorted similar services where the reality is often far less than perfect.

There is a downside, a systemic defect, which is driven by our own collective political will.  We. and Ben’s parents as well, were advantaged by having good insurance.  Huge numbers of people have no access to affordable insurance for various reasons.  In this wealthiest country on the planet, there is no good excuse to not cover every citizen similar to the coverage I had.  Insurance spreads the risk – that is what it is whether public or private.

Were I able, I’d carry this in some form or another world-wide, to basics like access to clean water, or toilets.  Two enduring memories for me:

I’m very grateful, this day, to be mostly recovered, hoping for good continuing reports.  I’m thankful to every single person who in any way participated in my experience.

Have a most blessed and merry holiday season. 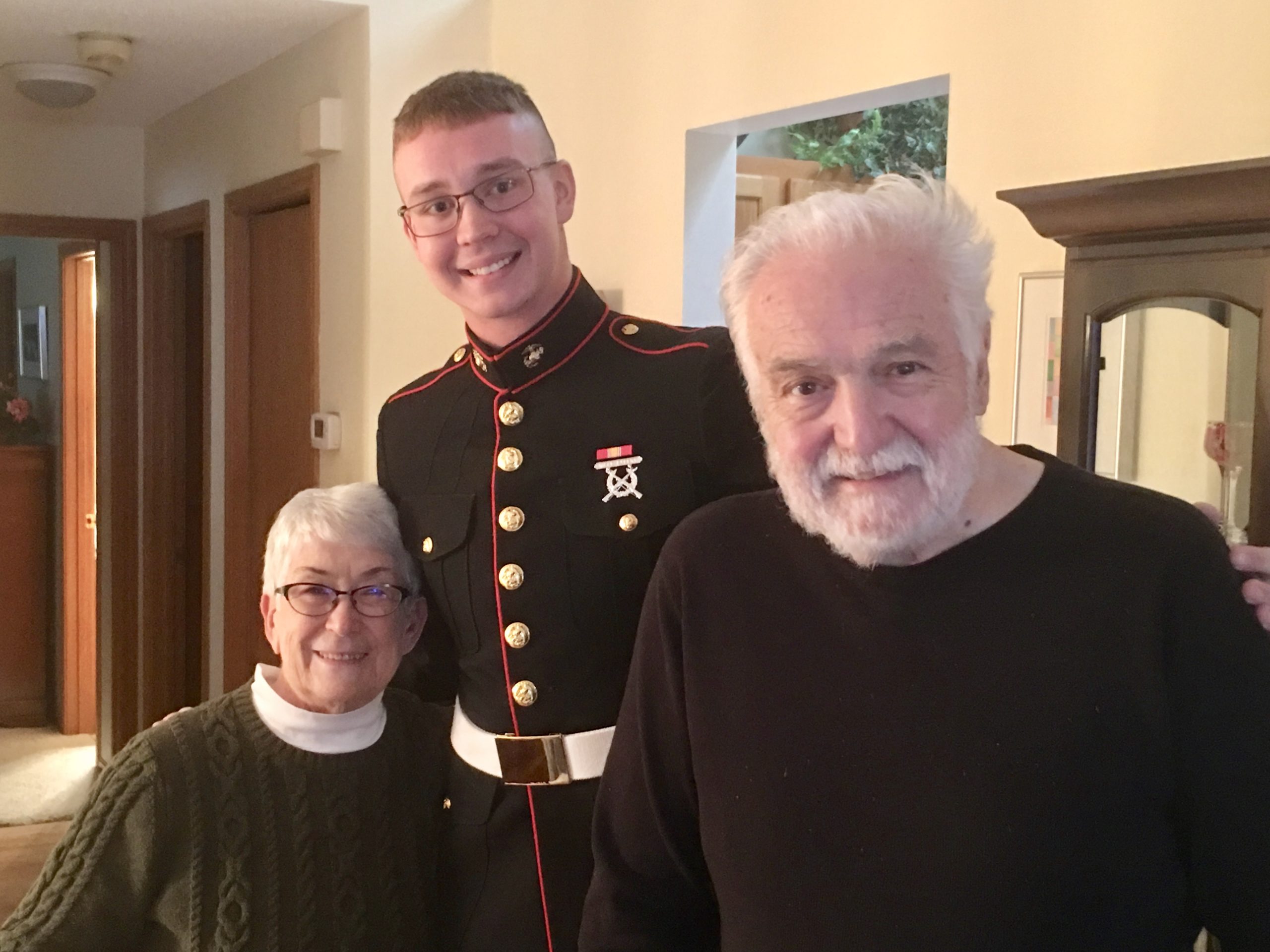 Spencer Hagebock and Cathy, Dec. 25, 2018, four days home from the hospital. Spencer had two months before completed Marine boot camp at San Diego, and was a surprise visitor on Christmas. I had been discharged on the 21st. 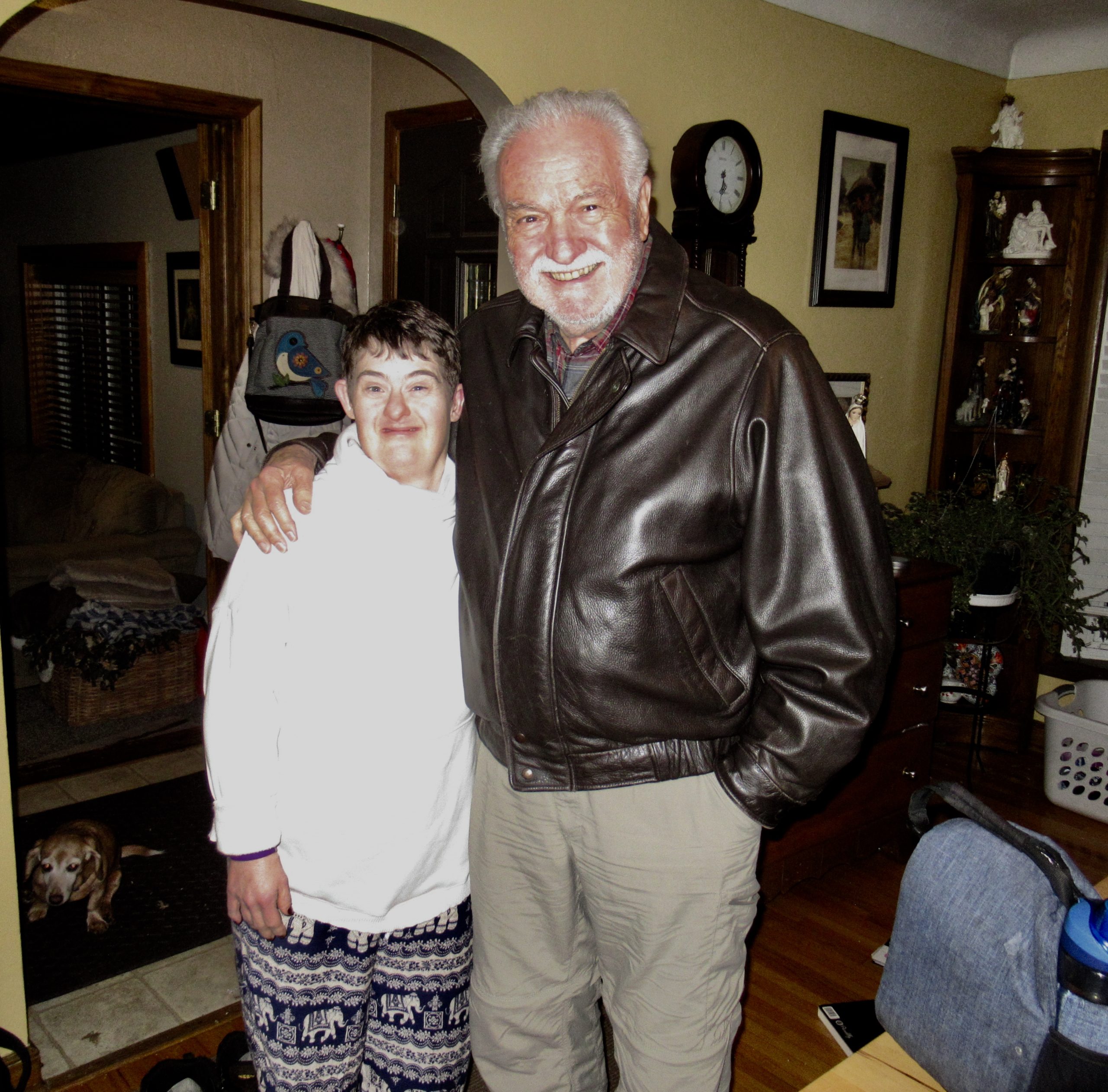 Daughter Heather and myself, late November 2019

POSTNOTE:  Last Sunday, Fr. Tasto, retired gave his homily (always splendid) and a featured part was a story about musician Jim Croce, who died in a plane crash at age 30 in 1973.  I won’t even attempt to match Fr. Tasto’s skills in telling stories, but this one, about “Time In A Bottle“, struck a chord with me, and doubtless many others.  Croce wrote the song sometime before he died in a plane crash at age 30, then the song continued to rise on the charts to #1.  Of course I was not recording the homily, only listening, and making my own interpretation, which was, not to take life for granted.  There may be tomorrow, maybe not.  Have a great day.

Extortion The World Is My Country, Sunday, Dec. 8, noon
Scroll to top