Last weekend I sang the praises of the film about Fred Rogers, “Will You Be My Neighbor”, which we had seen last Sunday.  Kathy wrote: “RBG also uplifting and worth seeing.”

“RBG“?  It is the documentary about Supreme Court Justice Ruth Bader Ginsburg.  We saw it yesterday at the Edina Theatre and highly recommend it.  If you are mired in depression about the state in which we find ourselves, RBG is a very good movie to lift you up, and get on the move again.  RBG seems to be at the end of its theatre run, but it will continue to be accessible in the many ways you can now access film on-line and in video. 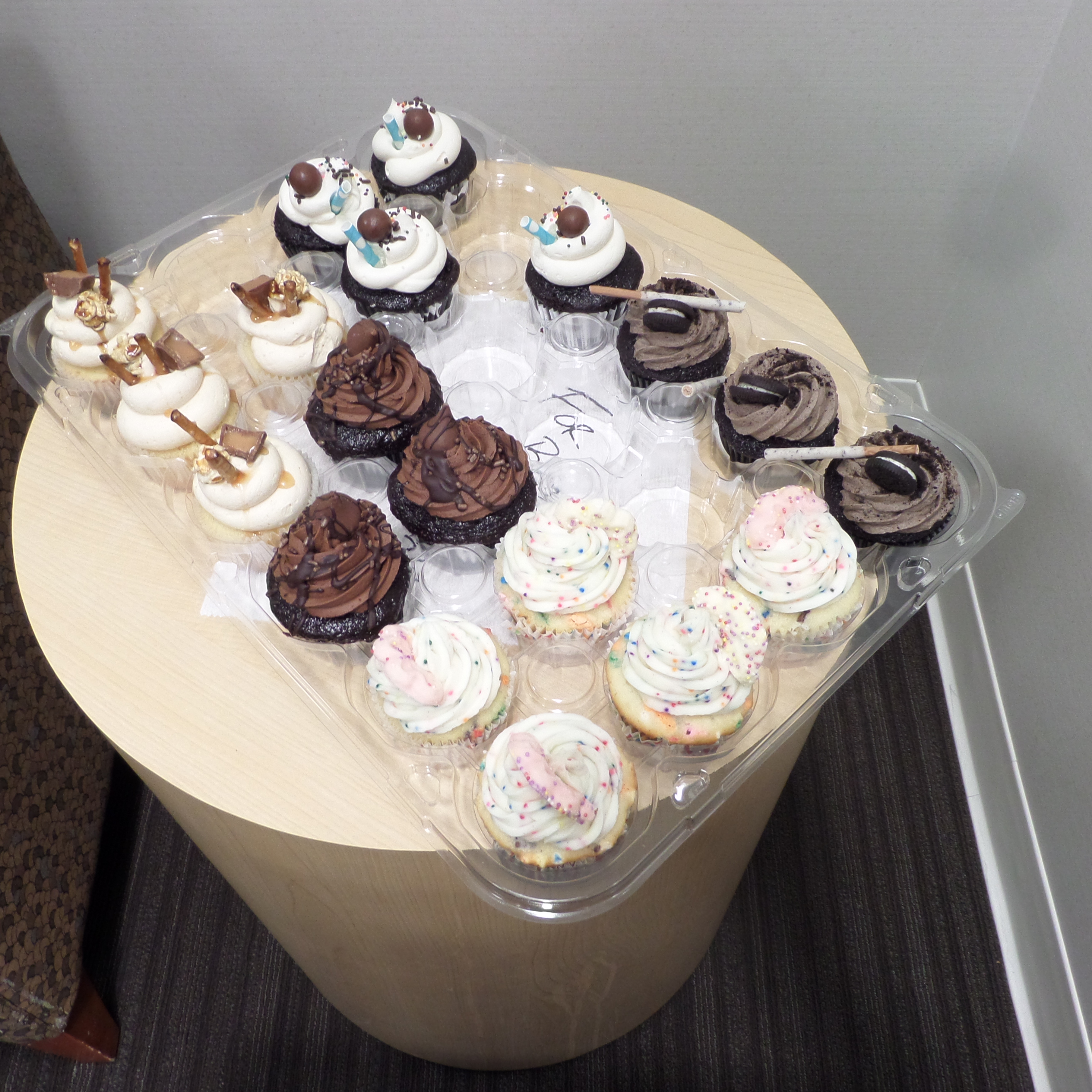 A U.S. Senator relayed this old saying on national television, a few days ago.

He was talking not only about himself, and his colleagues, but most especially to anyone of us who are concerned about where we’re at as a country.

For all of us deeply concerned about the status quo, “If it is to be, it is up to [us]”.

Giving up is not an option.

Best I can count, today is the 50th since life changed in the most drastic possible way for grandson Bennie and his family.  Three days ago he was transferred to Gillette Hospital in St. Paul for rehab.  Two days ago he became a teenager: 13.  Ten of us celebrated his birthday in a conference room at the hospital.  His Aunt Ann made some wonderful cupcakes.

I marvel at the near 37,000 visits to Bennie’s Caring Bridge site.  I will let the family fill in the blanks at Caring Bridge from time to time.  It is not easy to compose these posts, so there are delays.  The family knows many are out there, caring.  Thank you all.

This weekend officially ends civilian life for grandson Spencer, heading for U.S. Marine Basic Training in California on Monday morning.  Another life change in a family.  We saw him Wednesday, along with most all of the rest of the family, including his cousin and Aunt, Lindsay and Jennifer from Colorado.  We’re proud of Spencer, though I hope the only outcomes of military for him will be positive, rather than war in any of its aspects.

My friend, Lyle, now in mid-80s, still flies the Marine flag at his home.  He’s the most gentle yet committed guy I’ve known.  He started post high school life as a Marine, as has Spencer.

January, 1962, I was in Spencers position, heading off to Army Basic Training at Ft. Carson CO, not knowing, then, that the unit to which I’d be assigned was preparing for the Vietnam War.  Luckily, for me, I was in and out very early.  My Company saw deadly duty some years later in Vietnam, so I was told.  37 casualties.  War is not a video game.

These days I’m a Vet for Peace, whose national conference is in St. Paul in a few weeks.  I think I’ll attend.

I can remember when “life after high school” began for me – at least in terms of orienting to the future.

It came when granddaughter Lindsay was born in 1986.  Life is far more than thinking about today.

It is the grandkids generation who will wonder, what were we thinking…?  We’re creating their future, today.

POSTNOTE: Today’s Just Above Sunset “A Clear and Present Danger“.  Each of these posts is valuable, and free.  This is our country, under attack, and it is up to us to do more than we think we can to change course.