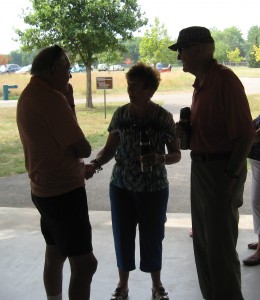 Today is son Tom and Jennifers 25th wedding anniversary.
Congratulations to you both.
Achieving 25 years together is one of those significant accomplishments, not easy to attain. That’s long enough to experience both the unknown and unknowable. For a couple to reach 25 years together is a significant achievement, as anyone who has ever been in any relationship can attest.
For just a single example, Tom’s Mom, Barbara, and I married 50 years ago this year: June 8, 1963. Neither of us were expecting that she’d spend almost all of our very short marriage ill, dying little over two years later, July 24, 1965.
Roughly half-way through that brief marriage, Tom was born. He will turn 50 in a few months.
I became a single parent early.
Just two days ago I was out to Anoka, our first home after Barbara died, part of a reunion of fellow staff members of Roosevelt Junior High School in Blaine MN. I had signed a contract to teach there three days before Barbara, died, and I began teaching there scarce a month later, doing my best to cope, with the substantial help of new friends in my new home, far from ND, where we had lived the earlier years of our lives. I was there seven years, moving on in an unexpected direction which occupied my next 27 years. 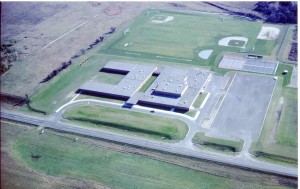 I told a colleague, Wednesday, that I still have not pieced together the events of that month of August, 1965…I guess it’s like living through a disaster: you remember it happened, but not exactly what. Survival trumps memory.
The picture which leads this post, was taken at that reunion two days ago: three of my colleagues from those early years. The photo started life as a mistake, but under the circumstances it is an ideal representation of times past. I taught with these folks. They are about my age. They can represent everyone I’ve ever known on the path of life thus far.
Earlier that same day, August 21, I received an e-mail from someone in Maryland, whose Mom remembers my parents, most likely in 1939-40, when they lived in Valley City, North Dakota, essentially next door to her then-young Mom and Dad. It caused me to dig out the earliest photo I have of myself, with my parents, 73 years ago in Valley City: 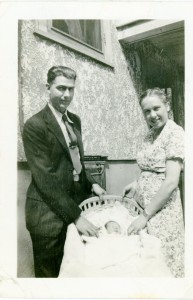 Her Mom has to be somewhere near 100 now.
(It’s odd what such pictures sometimes bring to the surface. For those of a certain age, who can forget the coal chute, whose door is visible behind the crib.)
We all know, as we age, priorities begin to change, often due to circumstances we couldn’t anticipate; often because our perspectives change.
Anybody whose life begins to approach old age is reminded of this when more and more frequently we attend someone’s funeral, or visit someone we know in a Nursing Home. To paraphrase the Bible phrase Ecclesiastes 3: 1-15, Weddings are replaced by Baptisms are replaced by Graduations are replaced by Weddings…. For everything there is a season. Fall is as certain as Winter, as is Spring and then Summer.
Last Saturday, at another reunion of former colleagues from the ever-more distant olden days of work with the Minnesota Education Association (1972-2000), an early must-do was to read a partial list of colleagues who had departed this life. It is an ever longer list. Each name, as read, brought back memories to all of us in attendance. 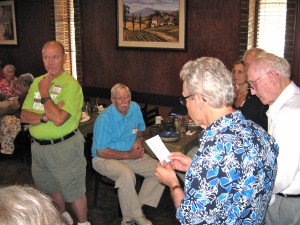 We were all young, once.
Enroute home on Wednesday, an unexpected detour on the freeway gave me an opportunity to stop in and visit a retired minister I’ve known and been good friends with for the last ten or so years.
Till very recently he, another friend and I have had a long-standing date, once a month, to meet for coffee and conversation.
Earlier this summer, William collapsed in Church, ending up in a convalescent facility.
Yesterday, I stopped to visit him there, and he’d been transferred to an assisted living facility, so I traveled a few more miles to visit him there. Returning home seems not an option for him any more.
Three short months ago, William and his wife had certain routines. He’s well into his 80s, now, so they knew the odds of change increased every day.
But we never like to anticipate the winter of our lives, whose evidence I increasingly see at funerals and memorials for people that I know.
Had Barbara lived, earlier this summer we might have celebrated our 50th anniversary. Such possibility was not to be.
“Lord willing”, as Dad would say, my 75th birthday is not far in the future. Wednesday night came a call that my once-young Uncle Vince is hospitalized once again. He’s made it to 88, but the slope is ever more slippery. At some point, reality becomes undeniable.
The family script mitigates against he or I or anyone within seeing 100, but that’s okay.
Contribute in some way to others lives today.
There may not be a tomorrow.
Happy anniversary, Tom and Jennifer.
We’re proud of you. We love you. 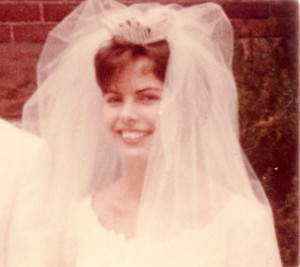 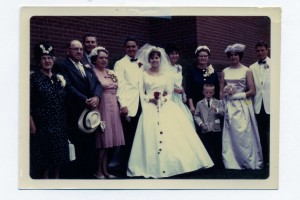