UPDATE Related December 2011 posts can be seen here, here and here.
(click on photos to enlarge) 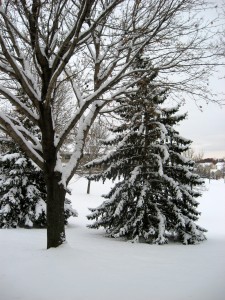 The first Christmas letter for 2011 arrived shortly after November 1 from Fargo ND. I don’t keep track of such things, but this one had to be the earliest I’ve ever received.
The correspondents were long, long-time Christmas card regulars. They were both college classmates. (Today is 50 years since the last lecture of my final college class at Valley City (ND) State Teacher’s College. It was a Monday, and I wrote it down on a slip of paper I kept for years. Out of the chains of classes and tests!!!) Oh, what I didn’t know, then….
Fifty years, of course, have brought ruts in the road of life; wrong turns, good and not-so-good luck, and lots of “good neighbors” (most not of the ‘next door’ variety, or even individuals) to ease the bumps in the road.
We aren’t individuals on our own islands. Nor are we autonomous towns, states, even nations. We’re stuck together on this sphere called earth.
It soon became obvious why Bob and Deanne’s Christmas letter came early: “This early report from Fargo is to alert all that we moved from Minot [ND] in mid-August after being driven from our home of 27 years by the raging Mouse [“Souris” in the original French] River.” There followed “good news, bad news”: they had been planning to move to Fargo anyway, and their house had been under construction since March; they had many family and friends to assist during the disaster and with the move. “We enjoyed a wonderful year until the end of May when we evacuated the first time. The dikes were raised and held, so we were allowed back by mid-June, only to be forced out later that month… [O]ur house suffered five feet of water on the main floor. We hired a firm to gut and sanitize (de-mold) the house which now is for sale as a “fixer-upper”. We hope to get at least 25 per cent of the pre-flood value.”
But, “[m]any of the 12,000 who evacuated from over 4,000 Minot homes still do not know where they will live this winter or if they will rebuild in the Souris [Mouse] River Valley. Officials may require about 1,000 homes be torn down…[under other circumstances] we now would be living in a FEMA [Federal Emergency Management Agency] trailer while re-building our home…We take less for granted than before the flood.”
The Christmas letter brought startling news, to say the least. It was easy to decide that this would be this years card (my 35th annual), with a “who is my neighbor?” theme. Personally, I was aware of the Minot flood, but that was all. For me, for most, being a ‘neighbor’ to Minot meant FEMA (Government) assistance paid through our taxes. This was a catastrophe much, much bigger than the neighborhood of Minot, or other smaller communities in the Souris River Valley, could handle by themselves.
The government (and its taxes) we’re being taught to despise is our base, our national infrastructure. We rely on good local, state, national government a great deal.

There are endless examples in all of our lives.
November 21 came a Thanksgiving card from Erlys, in a ND Nursing Home. She has been bed-ridden in a nursing home all the years I’ve known her. Only very rarely have I actually stopped in to visit – she was a nursing home friend of my deceased brother-in-law. Hers was just a brief note “neighbor to neighbor”. Am I her neighbor? Sure. Society is her “neighbor”. “Have a good holiday…and please return [the stamp] to me” (she apparently keeps them for some reason). 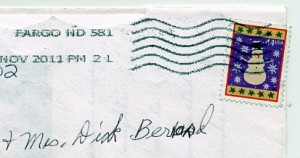 The “neighbor” text?*
For anyone Christian, this is the parable of the Good Samaritan – an outcast – who attended to a wounded and robbed traveler, while two righteous religious men passed him by along the dangerous Jericho road.
I’ve been on that actual road.
As in this example the Christian scriptures don’t give one slack when it comes to treatment of one’s “neighbors”, who are every one of us…. And the boundaries don’t stop at just “Christian”. (At the link, scroll down to Section II).
*
This message would have begun to end here, had it not been for another piece of totally unexpected news received Friday in the form of an e-mail from Fran Travisano of Glen Ridge NJ. Fran was instructor at a Retreat I attended in October, 2002, and she and her colleagues did an outstanding job. It was the only time she and I ever met in person, but we didn’t completely disappear from each others lives. We rarely kept in touch so this e-mail was a surprise.
Here is the e-mail:
“[I] am writing this to you on [Fran’s] email under heartbreaking circumstances…
“My precious, Fran (Francesca) suffered a massive stroke Tuesday night and quickly fell into a coma. Her body was not able to repair the damage and she went home to be with the Lord Thursday night with her family by her side.
I’ve sent this email to everyone in her address book.
As you can imagine, our family is devastated by this unexpected loss. Moment after moment, we are reminded of exactly how many lives she touched with her deep love for everyone. Her charity work and involvement in so many organizations is testament to the incredible spirit within her.
I’d like people to remember her as “Francesca (Bongiovanni) Travisano” as she loved the identity her childhood name gave her.
There will be a wake this Saturday and Sunday with a funeral on Monday [in Kearny NJ].
In lieu of flowers, you can send a donation to one of her charities, “Good Grief.””
I passed the word along to a few I know who knew Fran, and even out here in the Midwest the affirmations came in.
“And who is my neighbor?”
Was Fran a “neighbor” of mine; and now, her family? Absolutely.
Everybody. Everywhere. All the time. We’re all neighbors, often invisible to the other; sometimes to be depended on; other times to depend on others.
Have a wonderful Holiday and Christmas 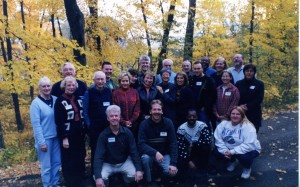 SUGGESTED VIEWING: Now available on-demand, I Am, the Documentary. We saw it last spring. It is very positive, thought provoking, and related to this topic. 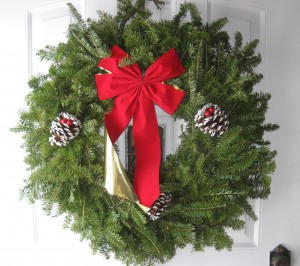 All best wishes this holiday season

* – Personal Opinion and Context for the “neighbors” text: At the time of Jesus, it is likely that entire area had a population of less than 100,000, perhaps half of that in Jerusalem; a population much smaller than today’s Fargo-Moorhead. The social safety net was people like the Samaritan. In our day, indeed for my entire life, the social safety net in our very complex and dispersed society has been “government”. We take the good of government for granted. Today “government” (excepting ‘war’ and ‘defense’) is being relegated to a status no better than the Samaritan. Watch the debates and read the news: “government” is now to be derided and ridiculed. Those looking forward to the continued strangulation and demonization of government best be careful lest they get what they wish for.
UPDATE Dec. 5 p.m.:
From a great friend in London who’s a lifelong Christian of Middle Eastern ancestry:
Loved it, & I have to admit I am envious of the view: trees in snow.
You are right the world is a very different place: 100,000 lived in that area then. 30,000,000 million live in the Tokyo area now & yet it is the safest metropolis where citizens are polite & helpful partly because of “do
unto others …”.
You are also absolutely right everyone is our neighbour. As a Protestant theologian friend in the (eternally!?) troubled Middle East wrote recently: “Christianity is not a political party that ultimately seeks its own
interests and considers survival to be the highest virtue. There is something very un-Christian, inhuman, and immoral about closing our ears and eyes to the brutal killing of even our enemies simply because they might do us harm in the future.”
Both of you are quite demanding. It’s really Christ who is that demanding & that’s what makes His message so compelling, for imagine what the world would be like! Could be like!?
From Flo in Park Rapids MN:
Yes, “Christ”mas. The focus seems to have eroded completely to the likes of Black Friday and everything that drives us toward consumerism and away from being good neighbors, first and foremost.
The very best of the holiday season to you and yours – throughout the new year! May neighbors far and near know peace with justice because of you!
https://thoughtstowardsabetterworld.org/wp-content/uploads/2022/04/thoughts-300x138-1.jpg 0 0 dickbernard https://thoughtstowardsabetterworld.org/wp-content/uploads/2022/04/thoughts-300x138-1.jpg dickbernard2011-12-04 12:25:472011-12-04 12:25:47#485 – Dick Bernard: Christmas 2011 "Thou shalt love thy neighbor as thyself" Matthew 22:39; "And who is my neighbor?" Luke 10:29