Being an active Catholic, I was interested in who the new Pope would be after the resignation of Benedict XVI.
By happenstance, the day of the Pope’s election, March 13, I was in Florida. I was on a tour bus with Grandson Ryan and his friend Caleb, at the Kennedy Space Center. The cell phone rang and Cathy, my wife, said a Pope had been elected. The phone connection was bad, so I got little information.
As such elections go, this papal election was rather rapid. I didn’t pay much attention to who’s in the running: apparently, at least to my knowledge, the elected Pope was not on the prognosticators short list. He turned out to be of Italian lineage, and an Argentinian, and the first Pope from the western Hemisphere.
Three days later, visiting a friend in Clearwater FL area, I said I’d like to go to the Cathedral in Tampa to see what they had to say about the new Pope. My friend isn’t Catholic, and he selected an ordinary parish church; it turned out the Tampa Bay area Cathedral is in St. Petersburg. But by happy accident I ended up in Sacred Heart Catholic Church, a Franciscan parish in downtown Tampa, on March 17, and Pastor Fr. George gave a wonderful homily about this new Pope who took the name of Francis of Assisi. The bulletin included a column Fr. George had written the day prior to the Pope’s election. It too is interesting: Fr. George Col Mar 12 13001
(click to enlarge photos) 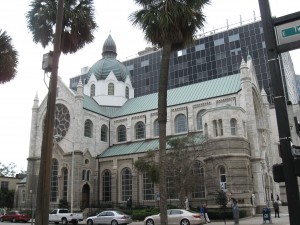 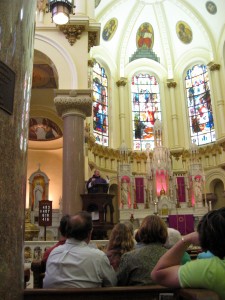 The Church Bulletin for that Sunday had a full-page article on “Francis of Assisi: A Sacramental View of Nature”. (That column, and many other columns about Saint Francis, can be found here. Anyone interested in getting a sense of the new Pope’s inclinations would benefit from reading these essays.
As for the collective “Catholic” attitude towards the new Pope, I felt Fr. George “hit the nail on the head” early on in his homily. He recalled two bumper stickers from the time Benedict XVI was elected as Pope a few years ago. One simply said: “God’s Rottweiler”; the other, as simple, said “The Cafeteria is Closed”.
Of course the first comes from the left-wing of Catholicism: those who felt that Benedict would be the authoritarian enforcer; the other comes from the right-wing, who despise what some call “cafeteria Catholics”, who allegedly pick and choose what teachings to obey.
Then, of course, there’s everyone in between.
Anyone who attempts to typecast the “typical” Catholic is on a fools errand.
As for Pope Francis, my guess is that the “Rottweiler” faction is worried, and the “Cafeteria” faction more hopeful.
No Pope can truly be said to be in control of anything any more. There is no papal enforcement mechanism. To my knowledge, Church and State are nowhere conjoined as a single entity these days. Catholicism is a significant but still small minority of the World population; and however bulked up the numbers, the American Catholic Church is less than one-fourth of the population. And as I’ll see at Basilica of St. Mary today, at Easter Mass, the Catholics who enter the door are a motley crew, including many who will leave after Mass, not to return again until the Christmas Mass nine months from now.
The Pope does set the tone for we Catholics. And he is at minimum the official figurehead.
From early indications, and from my own personal perspective, Pope Francis is a good choice, and the Church will be the better for his becoming the Pontiff.
There could be far worse models for the Catholic Church than St. Francis of Assisi.
And a brief PS:
I did search out the real Cathedral of Tampa, which was St. Jude in St. Petersburg. I arrived there after the last Mass, and had coffee and a donut. The Church is under reconstruction, and I didn’t hear any message, including nothing in the Church bulletin, about the new Pope. 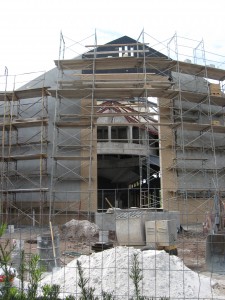 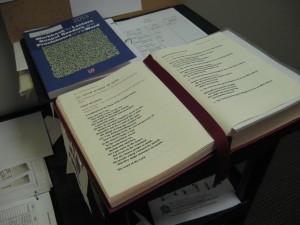 UPDATE: After 9:30 Mass Easter Sunday.
The above content is as written last evening.
As usual, I ushered this morning at Basilica. Large crowds are expected at the Christmas and Easter Masses, but this mornings crowd was exceptional, above expectations. The Church was near full a half hour before Mass time, and the large overflow area also ended up very crowded. Both the sanctuary and undercroft were standing room only to the limit. 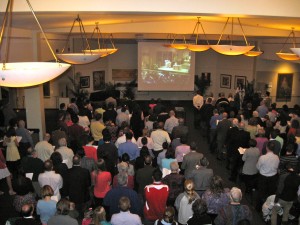 Unbeknownst to me, the local Archbishop said the Mass and gave the homily (sermon). In authoritative mode, our Abp. is not a very friendly appearing type. His hope message included a usual complaint from him, about government interference with his notion of religious freedom (a complaint, I am guessing, most Catholics don’t share.) In my opinion, our Archbishop is more on the Rottweiler fringe…. Recently a friend sent a commentary about Abps style that I found most interesting. It is here. 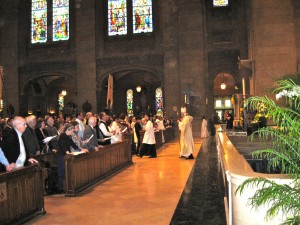 As the transition period continues (for some years, I would guess), there will be a sorting out of roles and authority between the local diocesan heads (Bishops et al) and the new Pope. Changes will be gradual, and more likely imperceptible unless considered from a long term view. In a sense, the Papal transition is somewhat similar to the election of a new President of the United States: incorrect assumptions are made about dramatic and instant sea-changes at time of change in power at the top. Rarely if ever is this so, unless precipitated by some calamitous event, such as President Kennedy’s assassination. The change, whatever it will be (and I think there will be change), will be gradual, but very noticeable.
After Easter Mass, while I was distributing church bulletins (we call them newsletters), a young woman came up to me and asked “who was the man who gave the sermon?” I said, “Archbishop Nienstedt”. “Oh”, she said, and off she went.
Except in his closer circles, the Archbishop is not part of the ordinary household vocabulary.
At one point a long-time friend and I, also active in the parish, speculated about the extraordinary attendance this particular Easter day. She thought it might be the attendance of the Archbishop. I speculated it might have something to do with the newly installed Pope in Rome. “I hope so”, she responded. I share her notion of hope.
Such is how the conversations within our Church begin in this first month in the reign of Pope Francis.
From early indications, Pope Francis will not be timid, and a cookie-cutter imitation of his immediate predecessors.
For me, that is a good thing.
Directly related, here.