Yesterday afternoon we decided to take in a movie at the local theater.  Our pick was “The Peanut Butter Falcon”, as described in the paper: “(PG-13, 96 min.) A young disabled man runs away from his care home to pursue his dream of becoming a wrestler.”  It turned out to be an absolutely marvelous choice.  The film just opened and is showing most everywhere.  When a film can get a 97% from Rotten Tomatoes, you’ve got a winner!  The show stopper for me was Zack Gottshagen.

I have more to say, later this Labor Day, about other things.  Check back later today. 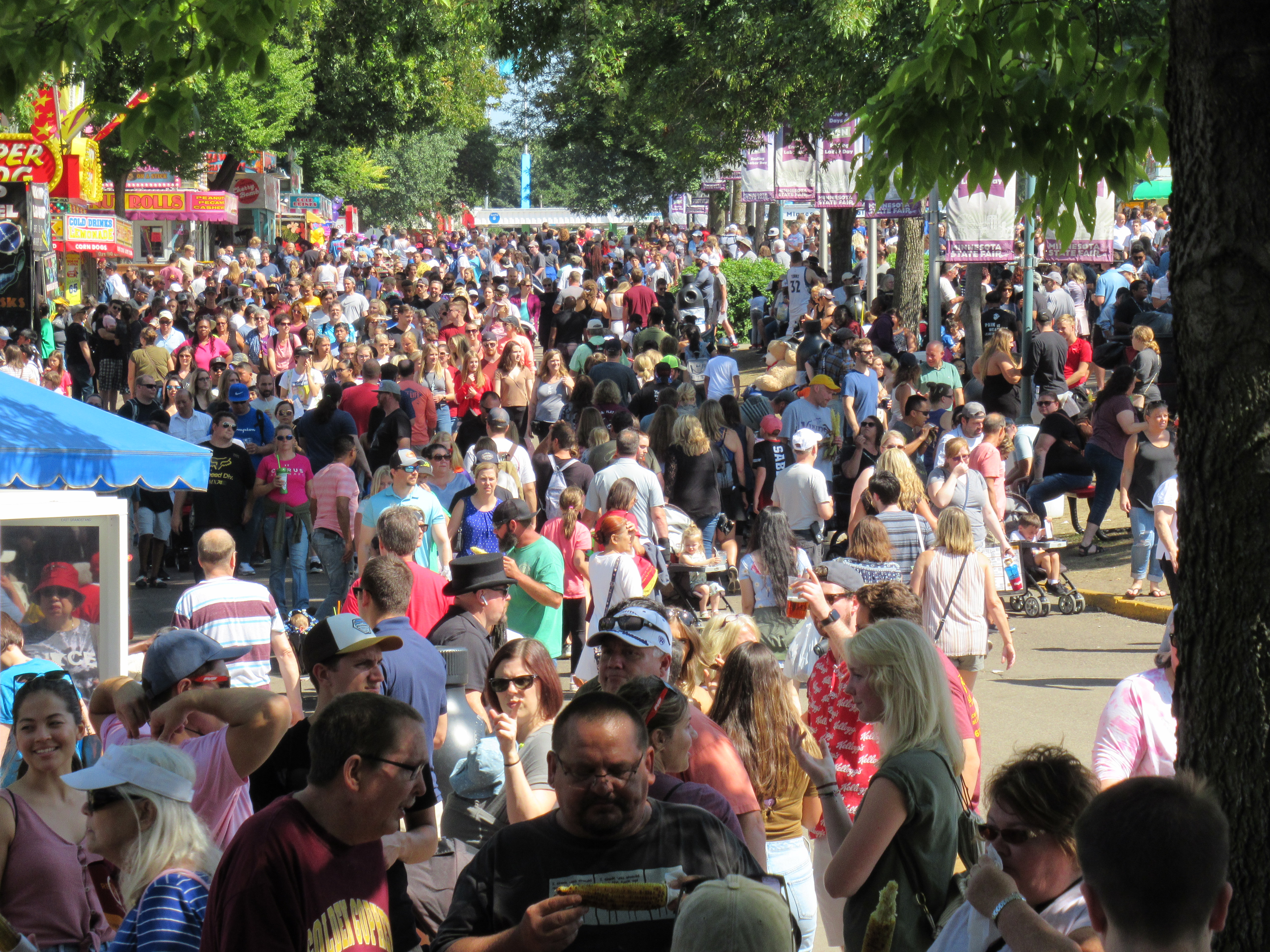 Yesterday, per the above, I decided to go to the Fair for a second day.  The weather was perfect, it was about as crowded as the previous Monday, and my visit was for less than two hours – typical for me.

It occurred to me that the crowd was my “thousand words” to end this post.  If you look closely, it probably fairly represents, in general, the reality of Minnesota, and perhaps in large part the rest of the country, at least in one sense: one-fourth of Americans are Age 18 or younger.  Yes, one of four.  Of course, these folks on one of the many streets at our fair would tend to be more prosperous than the average but each has the same relative influence – at least if they’re 18: they can cast a single vote.

This morning I made a rough graphic I titled “Power”.  It is an inverse pyramid.   At the top, the base, there is a green dot, which represents a single citizen.  At the bottom, the point, there is a red dot, who can represent someone who’s made it, with control over all.

We, the green dots, who are theoretically the people with the power, seem unable to focus enough, and cooperate enough, to accomplish much more than those who got to the Fair.  Each persons has his or her own top priority.

On the other hand our leader, the guy with the red dot, is trapped on one of his golf course, watching his television, doing his twitter….

No wonder we have problems now.  What will the above folks do when they get back home to their own very real worlds? 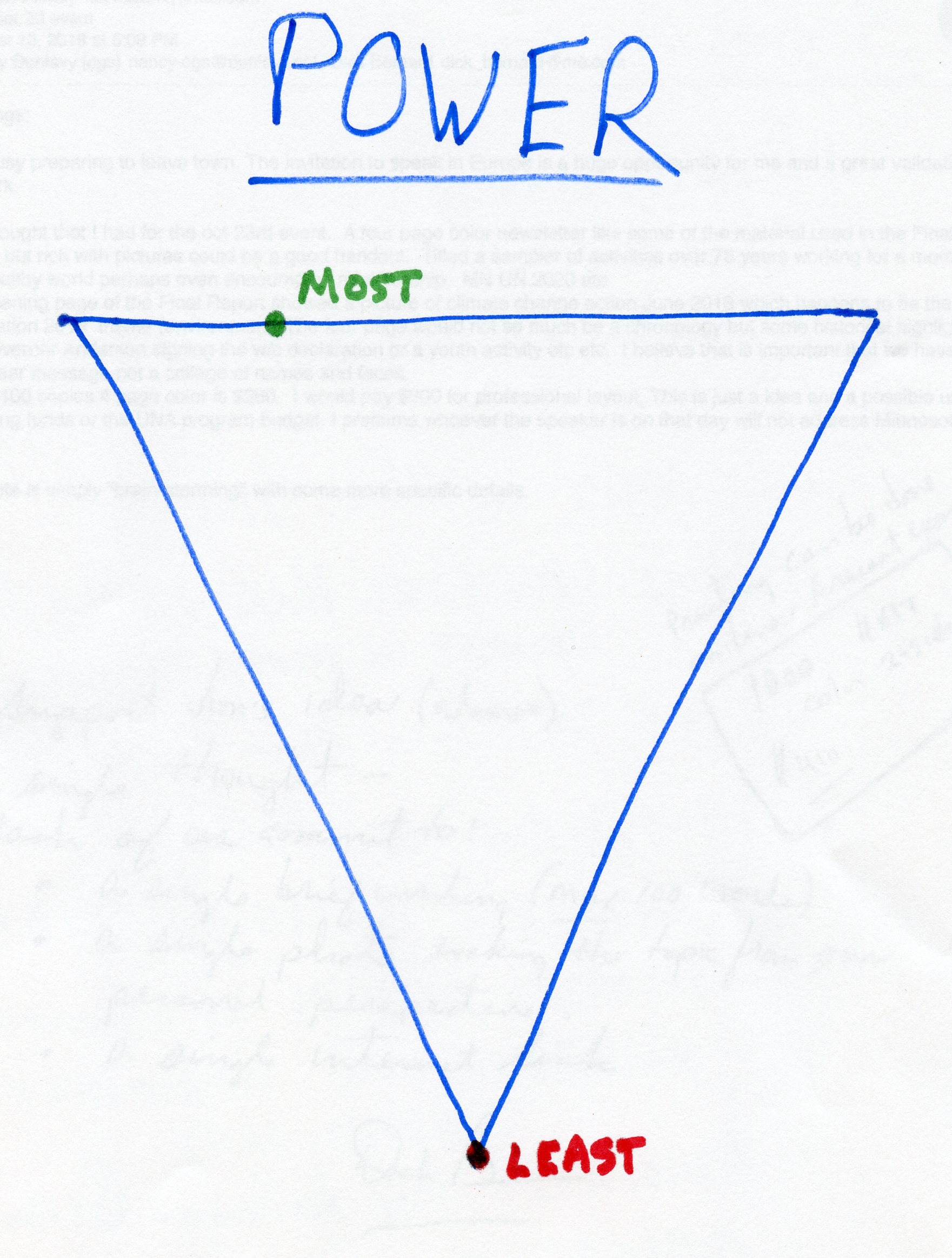