Monday I helped to represent the DFL Senior Caucus at the DFL booth at the State Fair. 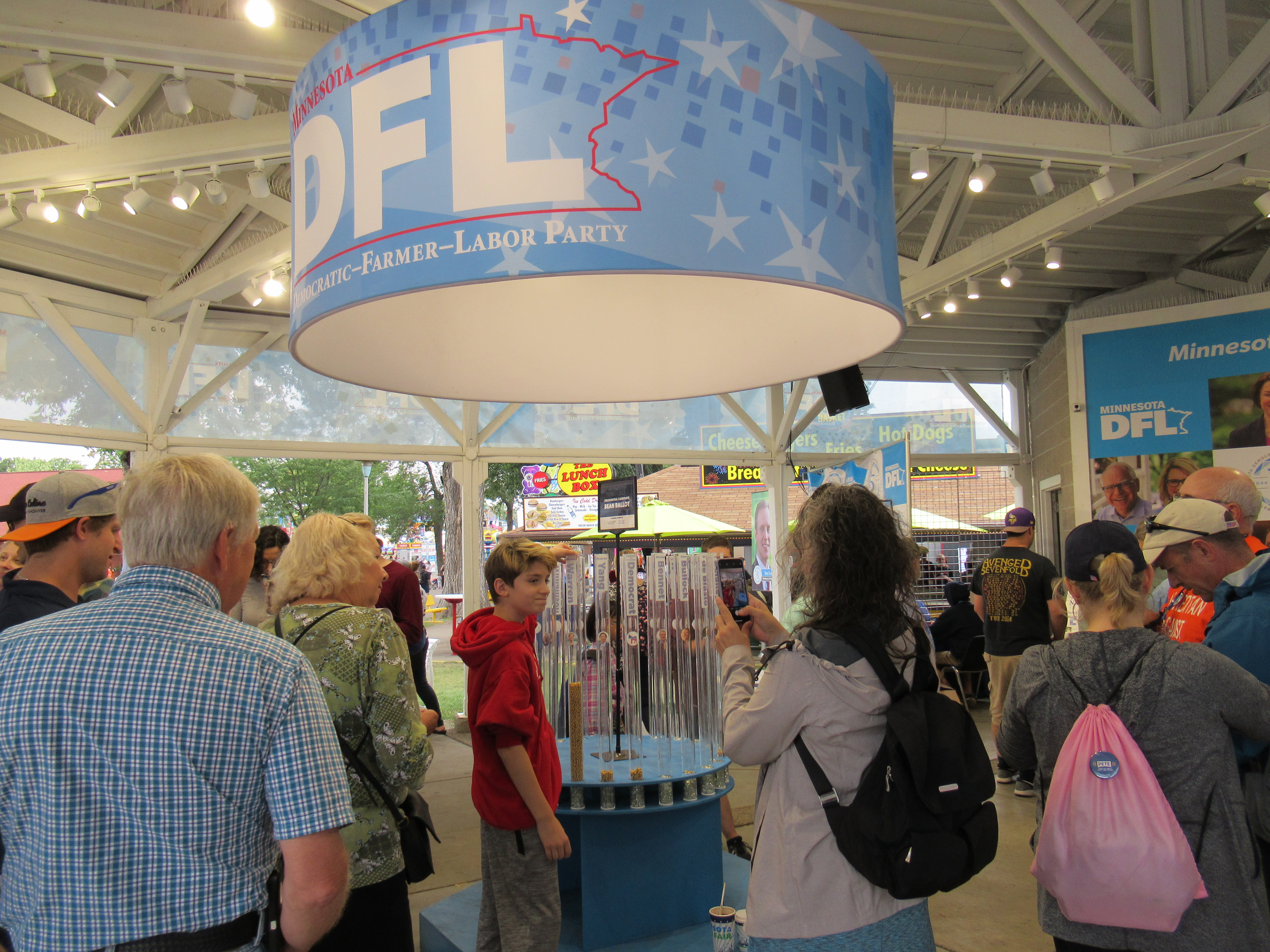 Generally – I’m not a regular volunteer at, nor am I unfamiliar with, the DFL booth as I stop there each year.  The booth is busy, buttons and t-shirts for sale (the ones I bought and wore at the end of this post).  The centerpiece this year was the soybean poll of presidential preference, since half of the Democratic party seems to be running for President.  At the time I was there, Elizabeth Warren seemed to be easily the front-runner.  Voting was a controlled process: one bean per person.  You needed to ‘register to vote’ – no dumping of thirty beans for someone by a single person, for instance.

Those going through represent Minnesota, generally very polite, all manner of ages, etc.  This year one guy stopped and challenged we “communists, socialists”.  A year or two ago an older lady came through who was so noticeable I watched her from entrance to exit.  She seemed very angry at the very notion of Democrats, and as she muttered through the building it was as if she was attempting to exorcise us out of existence – as an occasion of evil.

But overwhelmingly, people are polite, decent people, like most everybody I see every day.  The outliers, of course, get the headlines on the news, of course.

Before going to the fair I wrote down a personal list of issues – there are a great plenty, as you know.  We’re a large complicated country where it is a losing proposition to stand your ground for a single issue…but it seems there remain a lot of single issue people out there.  We want it all; we can’t have it all.  Actually, while I pay little attention to the debates now, the debates are a good forum in which to see the potential candidates formulate their message.  I compare/contrast the Democratic mass of candidates with the scrum that debated at the Republican pre-season in 2016.  There is no comparison when it comes to civility and issue definition.  (My soybean vote went to Amy Klobuchar.  Again, as I say, it is a long way to Nov. 2020.)

In my list of issues I tried to look ‘bigger picture’.  For instance, the gun issue is a very big one, and important.  But looking on the bright side, it is still presumptive murder to kill someone else, regardless of motive.  The odds of escaping punishment (including the killer killing himself) is almost zero for perpetrators of mayhem.

There is lots of room for ideals here; all I’m saying is that the reality might be more elusive than we might think.  Take pure pro-life, for instance.  As we all know, the prohibition movement which sought to rid the land of demon run had a wild success initially, followed by massive corruption, and ultimate repeal of the very initiative which had passed a few years earlier.

Down the list I go.  Maybe sometime later I’ll flesh out the others on my own personal list.  No issue is easy, but none are impossible IF one works at their resolution.

As for the “communist/socialist” nonsense, and it is nonsense, those who seem to bark most about it are most dependent on social programs like medicare and social security and the like, not to mention municipal services, etc., etc., etc.  I speak of old people, like me.

It was a pleasure to be in the DFL Senior Caucus booth at the Minnesota State Fair with my colleagues, Georgiana and Jim, on Monday.  We saw a lot of really nice people. 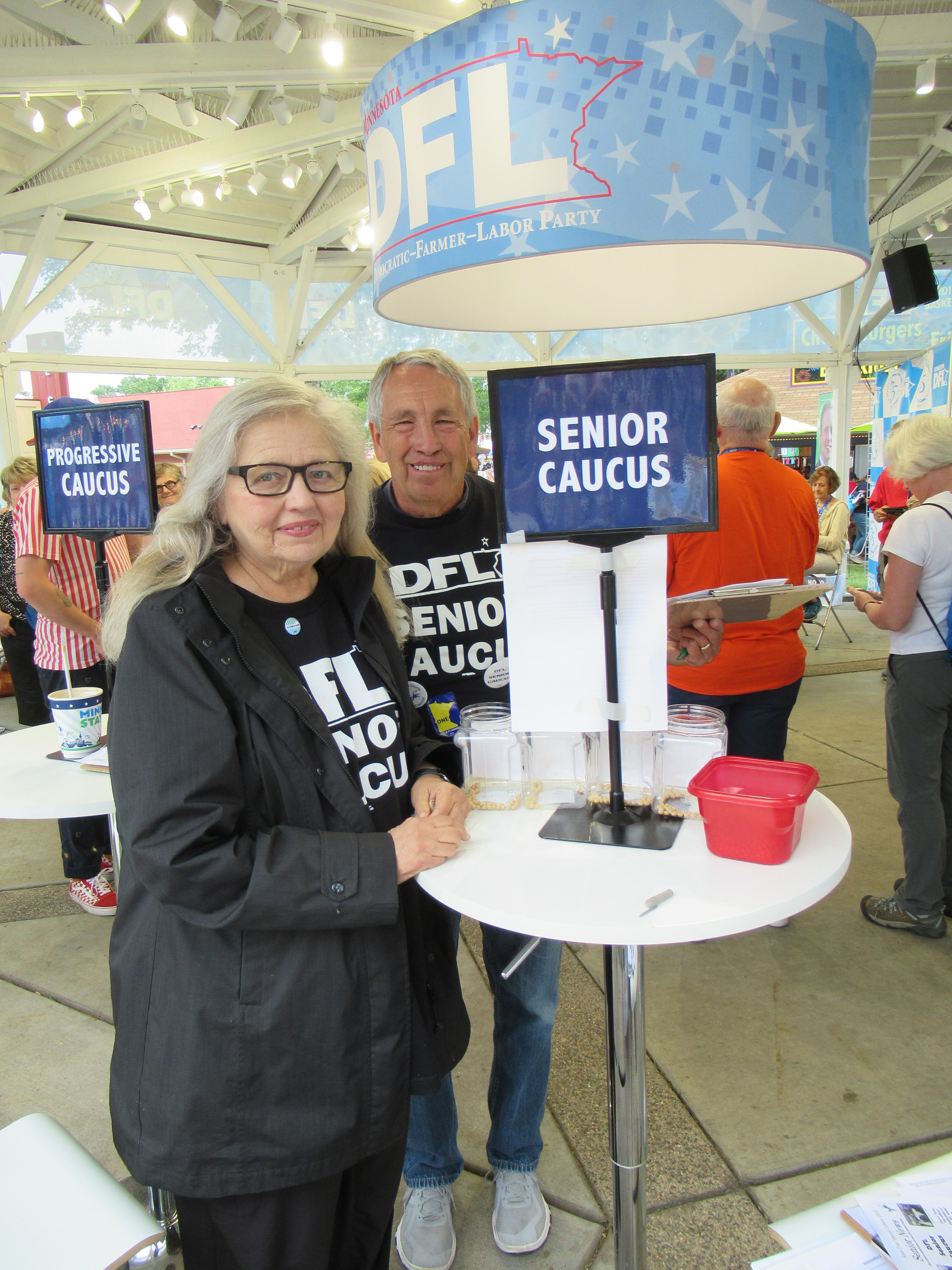 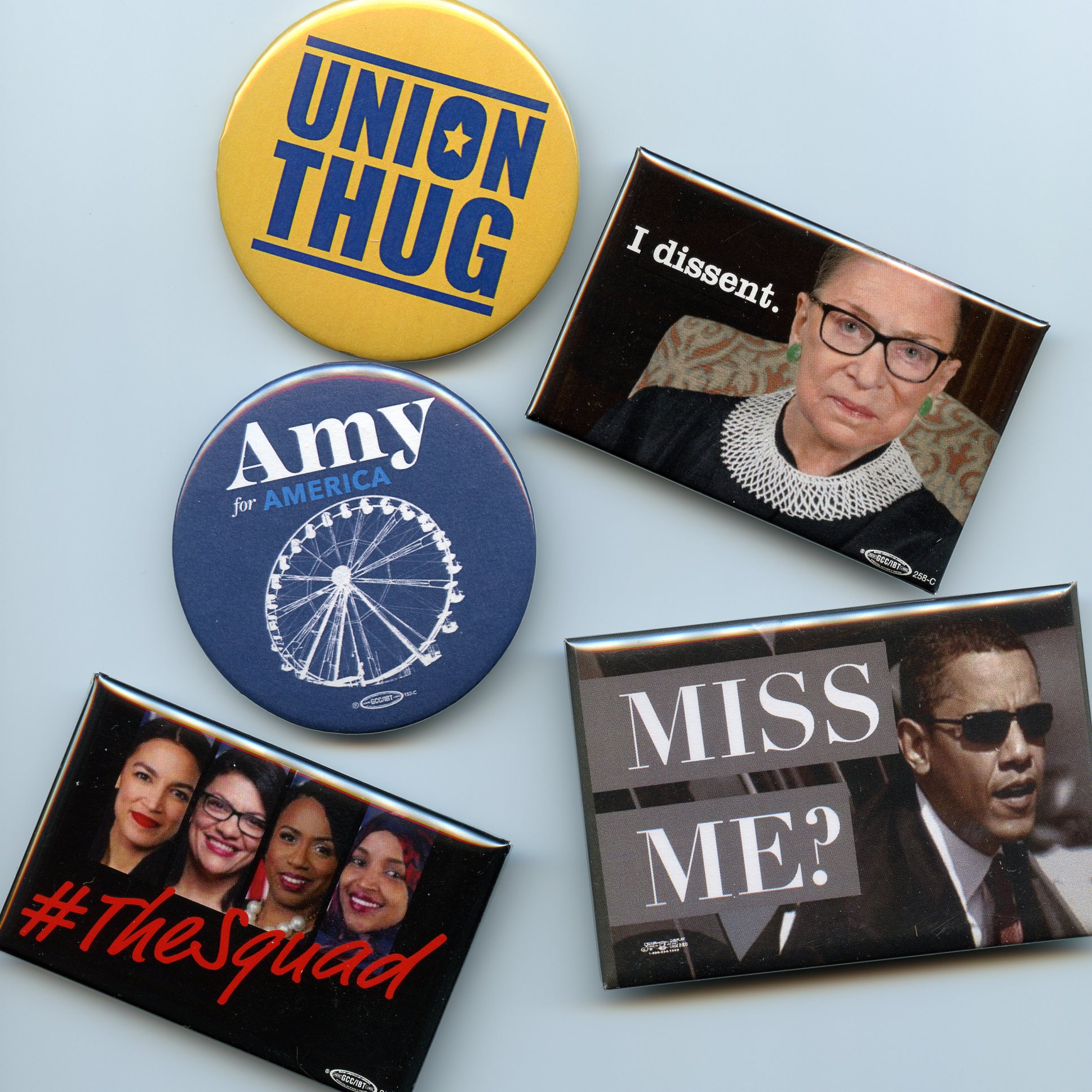