Yesterday began the annual Minnesota State Fair.  It is stiff competition, especially if the weather is nice, which it apparently will be.  I’ll be going on Monday myself.

But, not everybody goes, nor does everybody live in Minnesota, and if you happen to have the time read Nikole Hannah-Jones 20-page New York Times essay on the 1619 Project, on the 400th anniversary of the arrival of the first slaves in America.  Here’s the link.  This first appeared August 14, 2019, and is (my opinion) a very important addition to the conversation about race and racism in our country. 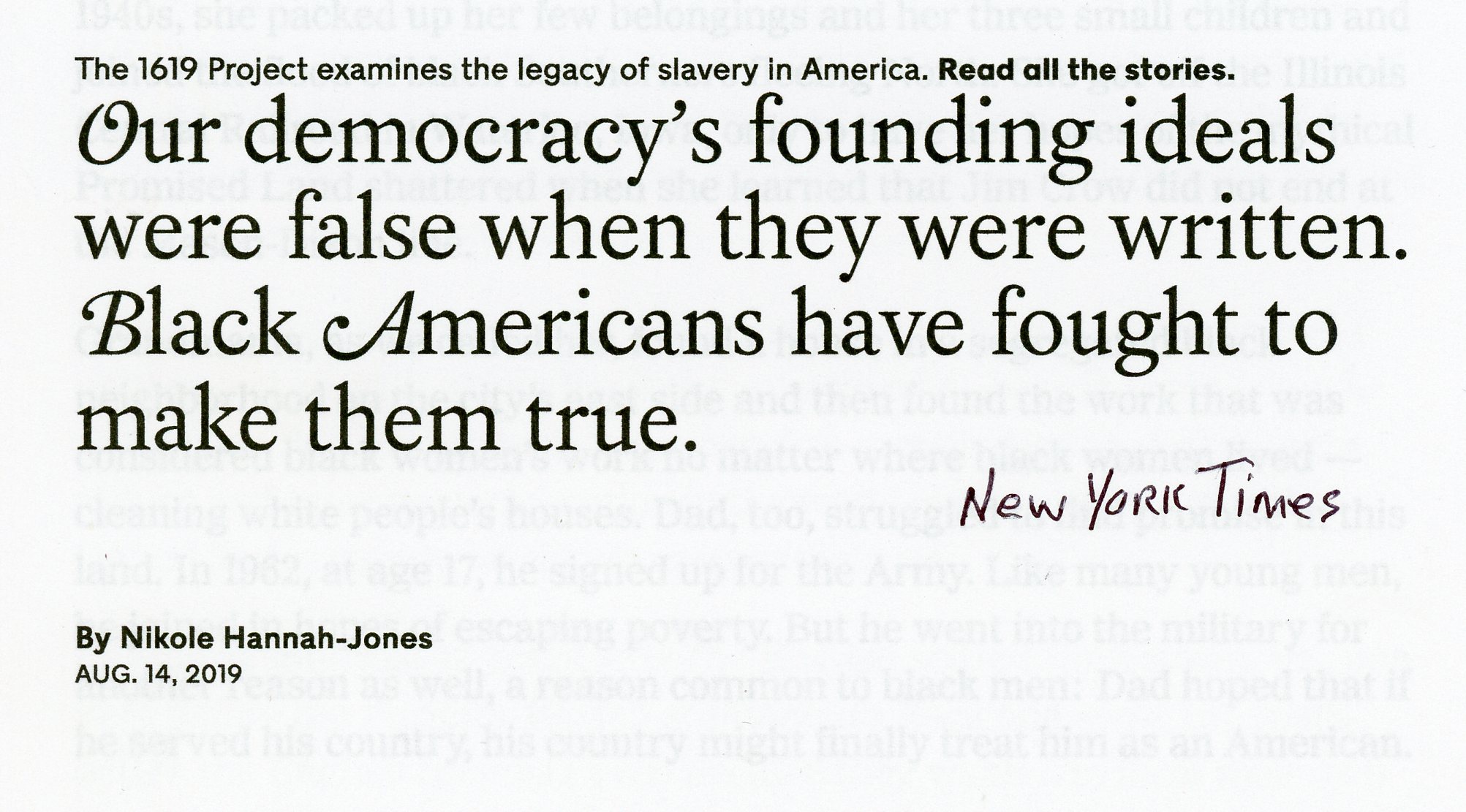 (It is possible that this won’t connect for you.  I don’t know.  We’re subscribers to the Times, and sometimes subscription is required.  But whatever, if you can get the essay, take the time to follow it.  It is good and necessary learning.)

I also personally recommend the Washington Post on-line subscription.  Both papers have very long and distinguished history as journals.

I dedicate this post to my friend, Rosa Bogar, who died a year ago.  Rosa, a native of Orangeburg, S.C., dedicated much of her adult life to cultural understanding and acceptance. She merited a special obituary in the Minneapolis paper last year:Rosa Bogar Mpls STrib001.

POSTNOTE:  Growing up in North Dakota in the 1940s and 1950s, it was easy to evade the ‘race’ conversation, if it even occurred to anyone to raise the issue.  It was rare to come across anyone who looked “black” – I recall seeing one African-American person at a distance in a park in Fargo when I was a kid, and it amazes me to this day that I remember this.

On the other hand…in the mid-1990s a young African-American woman asked me if I’d be willing to do a reflection at our Church on Martin Luther King Day.  I said yes, and then sat down to think about the issue as I knew it from my childhood.

Of course, there were the black stereotypes – who of my generation does not remember the story of Little Black Sambo, for just a single example.

But more to the point, our race to discriminate against was “Indian” – Native American – and I recalled the occasions when we passed by Ft. Totten Reservation near Devils Lake ND, and my mother in particular being most concerned when we went near the reservation – what she feared, I know not, since nothing ever happened, but the fear was noticeable.

I’m grateful to the lady who asked me to do that reflection now 25 years ago.  I don’t think we ever get over racism – it is part of all of our histories.  Best we can do is to understand how it has surfaced in our lives, in remembered, and unremembered ways.

I’m grateful for this opportunity to revisit this.

POSTNOTE 2:  Newt Gingrich weighed in, of course.  Here is the response as shown in tweets to the author of the article.

The Assassin. Politics
Scroll to top