Maps are from Grandma Bernard’s Catholic bible, 1906.  All of the maps in this Bible can be seen here: Bible 1906005.  Each pdf map can be enlarged substantially. 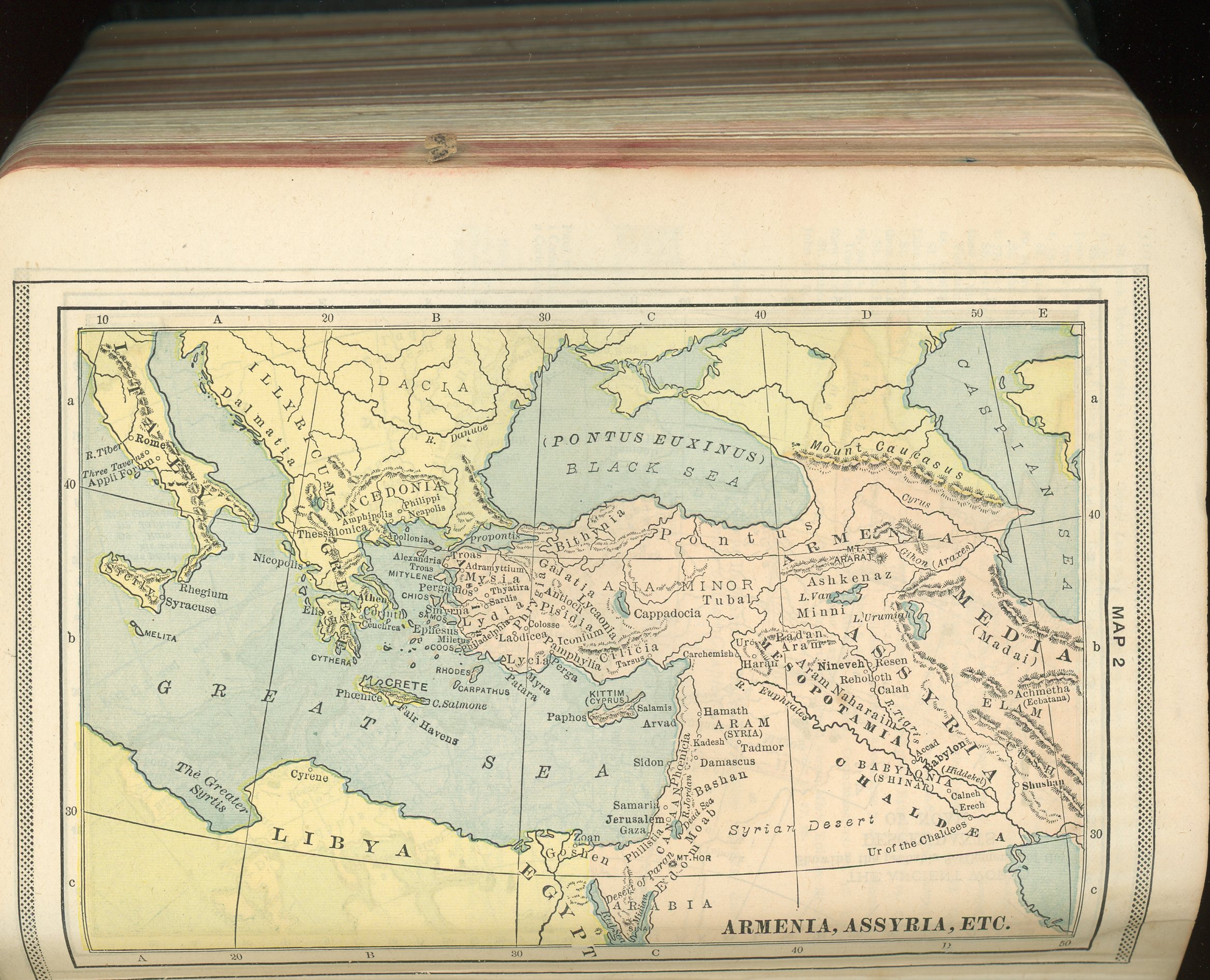 Each time, the outrages get worse, so I won’t say we’ve seen it all.

The most recent, with this most recent resident of the White House, is the tweet effectively assassinating two members of the U.S. Congress planning to visit Israel/Palestine.  He knows what his intent was: to not only destroy them, but everything and everybody who represents in any way their point of view, including their religion. 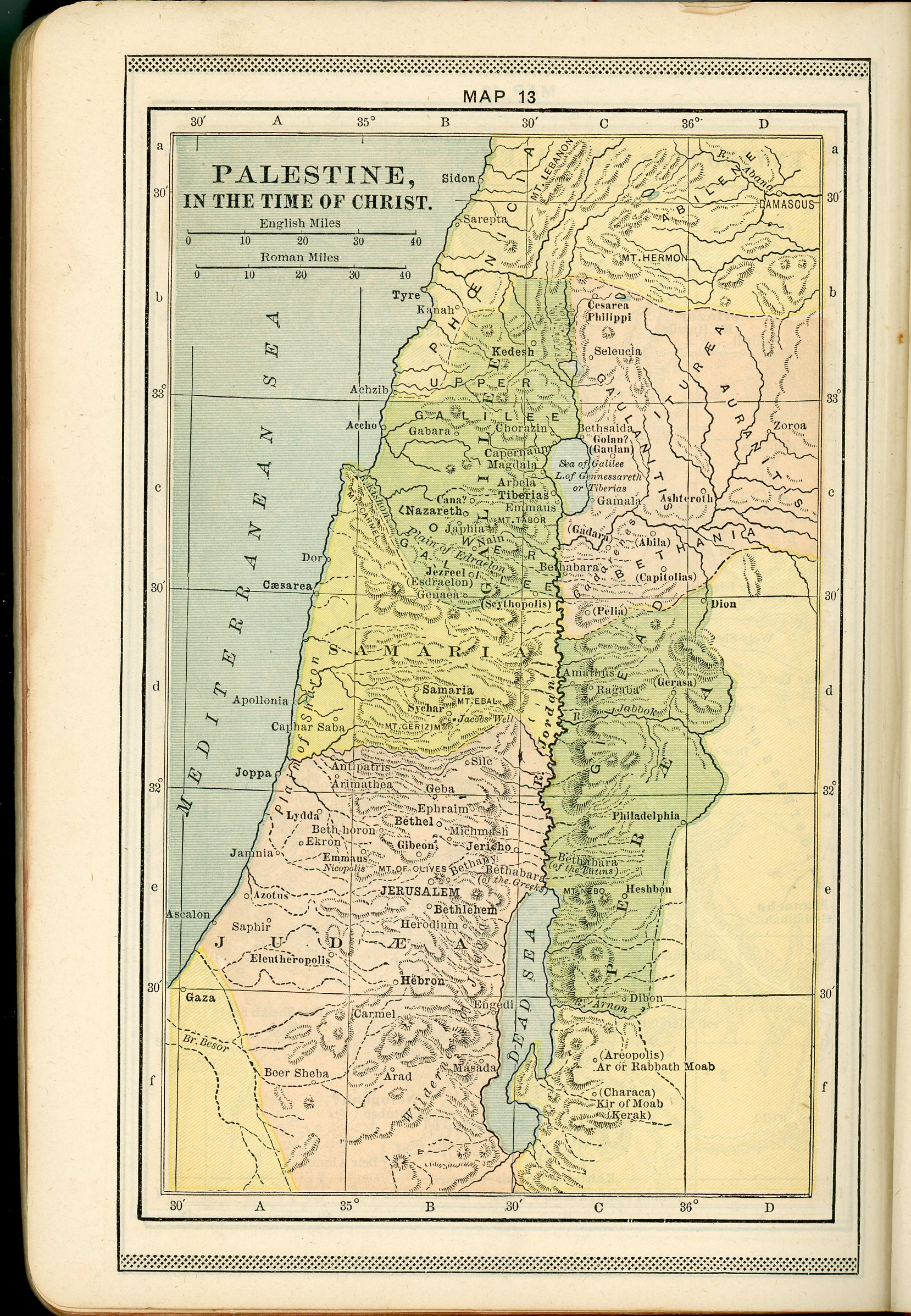 My choice today is this: 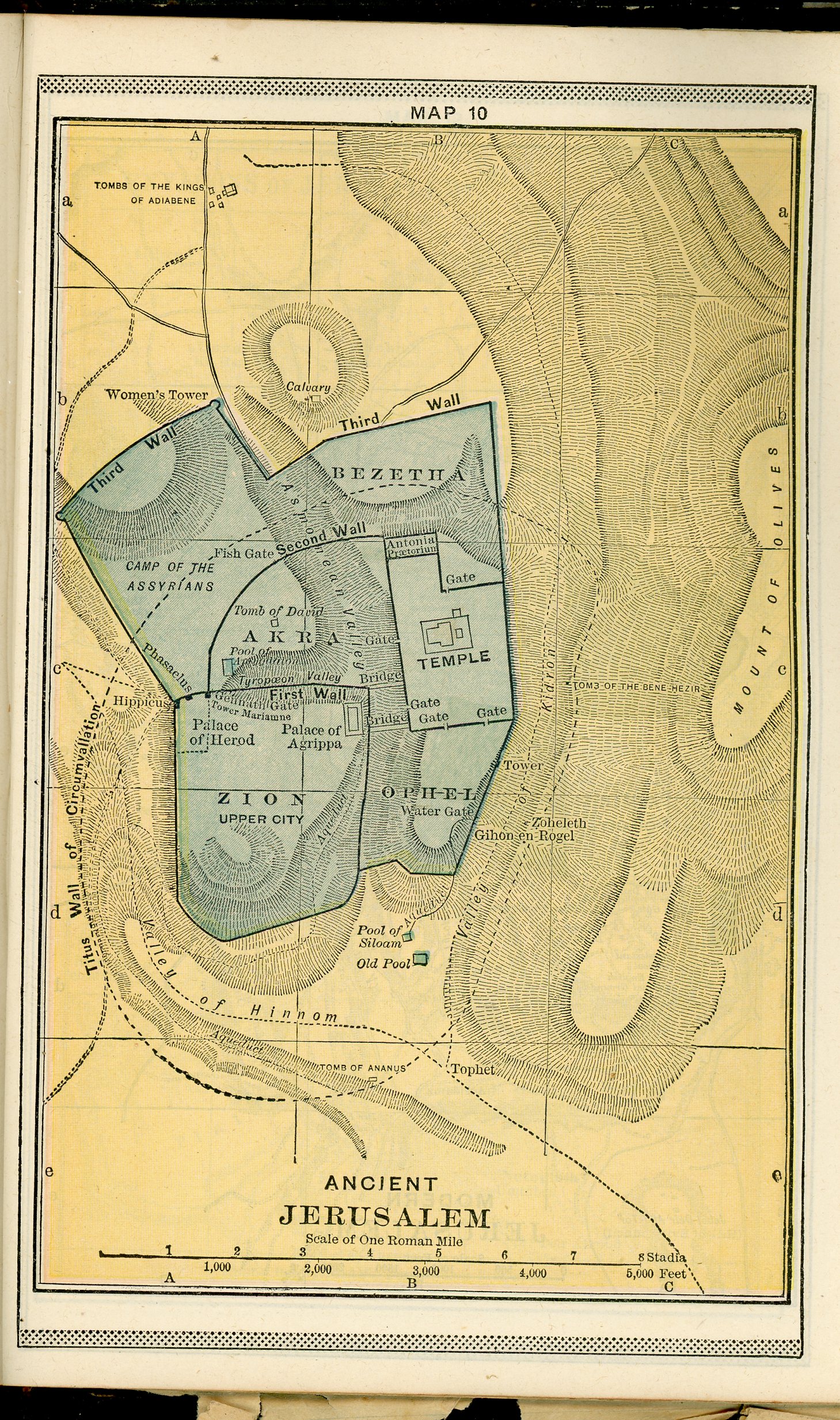 POSTNOTE, 5 PM:  I published this blog before going to church this morning.  At church, the Gospel text was provocative and on point, in my opinion.  Our pastor gave his own perspective on what the text means.  Here it is, as I saw it in print: 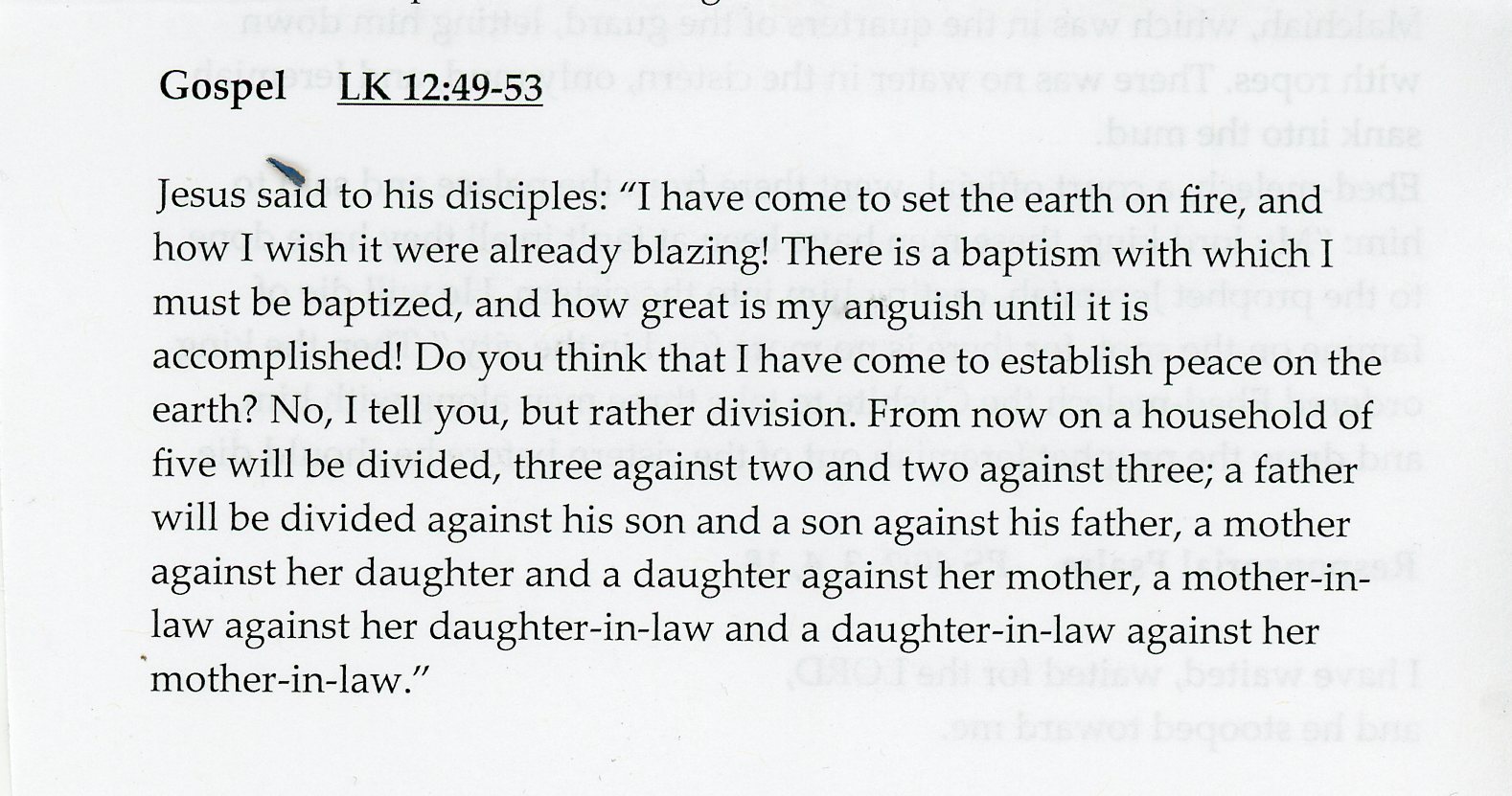 What the writer of Luke meant is open to interpretation.  This text could be a good beginning for a Bible Study Group about our current state of affairs in the United States of America.

A beginning thought: we are all parts of relationships, whether we wish or not.  Nothing in a relationship is certain except, likely, that not everyone thinks alike.  But one thing is quite certain: a successful relationship presumes that each party has a stake in it.

Now, we have a country in which one person by force of personality (and abetted by Twitter and television), presumes to control outcomes, not only in domestic politics but foreign relationships.  It is a recipe for disaster.

POSTNOTE 2, 4 AM:  For a very interesting and longer analysis, read this mornings Just Above Sunset, “The White Guy With the Shiny Teeth”.

from Jeff:  I didn’t know this, but apparently there was a mirror image of this matter during Obama’s administration,  An Israeli Knesset member was denied entry to the USA for a visit.    Certainly interesting.

Re your 4th point… interesting that Eid el Adha Muslim holiday ended last week, supposedly celebrates the end of the visits to Mecca, but also commemorates the faith of Abraham in his obedience to God to sacrifice his child.

from Judy: As usual Dick, excellent and very helpful.

from Carol:  As you may know, I was raised rightwing conservative evangelical (altho’ we didn’t have all the terms back then… we were just, you know, “right” as opposed to those Lutherans and such who were all wrong – and Catholics, of course, were akin to heathen).  So all this just makes my blood boil.  What many people don’t understand is that doubting (i.e., thinking for yourself) is considered “of the devil.”  They believe what they’re told, by their religious authorities.  And their following now of Trump IS cult-like.  There’s no other explanation for how they can ignore all his totally anti-Christ-like behavior (and I don’t mean swearing in a rally…)  It’s – as he would say – SAD.

I have relatives who are there.  This has divided my family into cousins who are “fairly sane” and some who probably never were but it sure now is obvious
from Fred: Excellent commentary Richard. Reminding me of the assassination of Rabin is particularly significant. I was shocked that I hadn’t considered it in years. Thanks for including the maps. I gave them a careful review.
From Jerry:  Hi, Dick.  Thanks for this reflection.  I was at family reunion this weekend.  My 75 year old evangelical minister gave the Sunday reflection.  Much of it reflected on the enemy Muslims who are  great threat to our Christianity.  Lee is, of course, a Trump supporter who travels the country preaching.
https://thoughtstowardsabetterworld.org/wp-content/uploads/2022/04/thoughts-300x138-1.jpg 0 0 dickbernard https://thoughtstowardsabetterworld.org/wp-content/uploads/2022/04/thoughts-300x138-1.jpg dickbernard2019-08-18 08:40:262019-08-19 16:45:43The Assassin.
4 replies