In effect, I started this post back in the early summer, when I started thinking about our countries devolution into, essentially, two ‘tribes’ – Democrat and Republican.  This led to a series of posts, primarily in August, especially August 1 and 2, 2020, on the “D’s” and the “T’s” (what used to be Republican is for the moment anyway, the party of Trump). (NOTE: Personally, I don’t buy “Independent”, or other minor parties.  In the end analysis, either D or R normally prevail, and have for years.)

This post follows up on the others.  See Archives for links to the earlier posts.

In the end analysis, “politics” in our democracy is always personal; unfortunately it has become tribal.  Whatever your “side”, everyone of us is accountable for what is, and will be.  In one way or another we got ourselves into this; we’ll need to get ourselves out of it.  There are endless examples in each of our own lives.  Here are three observations from my own observation: 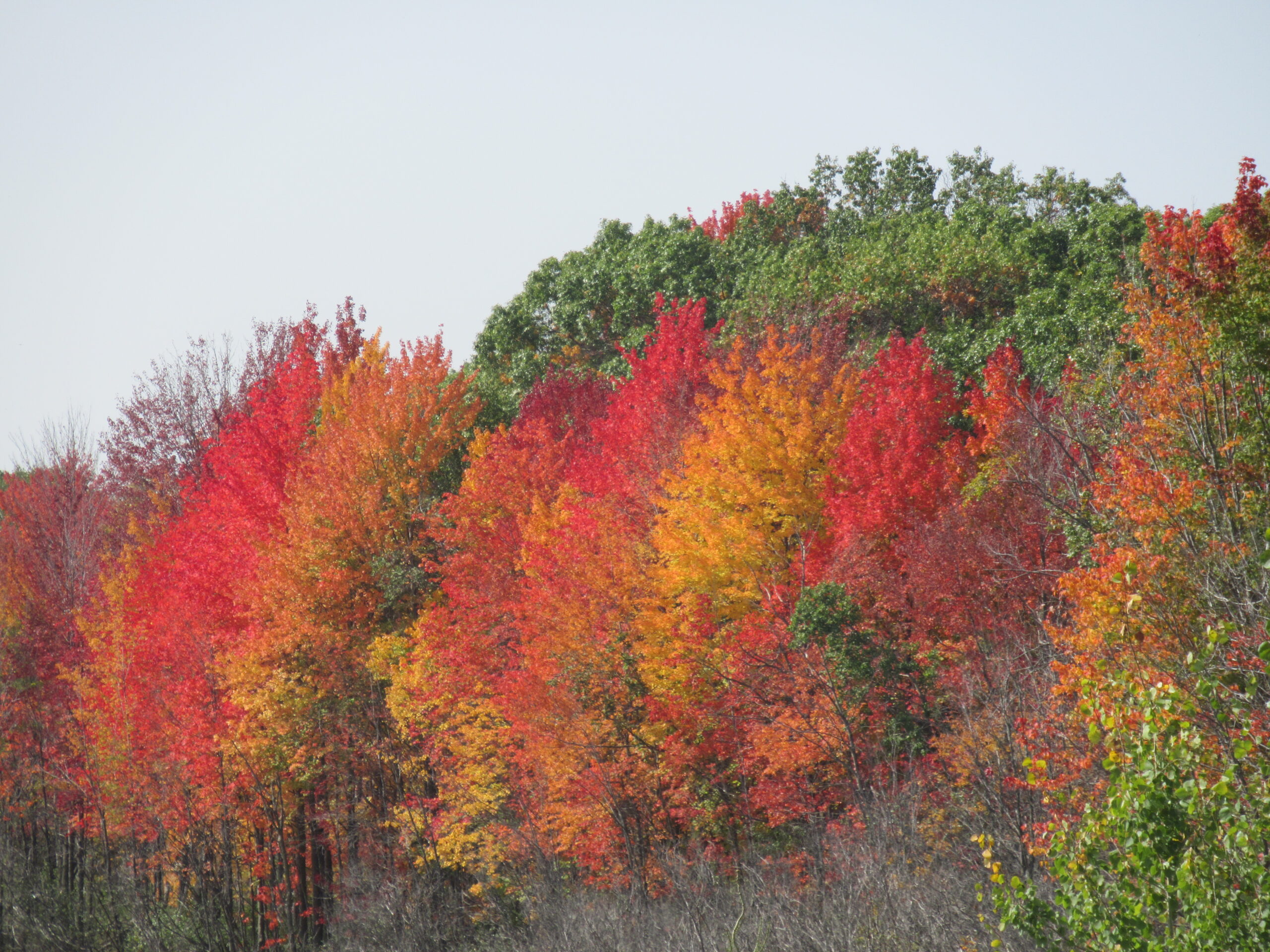 Friends: Wednesday was a perfect day, perfect fall leaves, a perfect time for lunch at a friends home about 40 miles from here.  Bud, the host, is one of a group of about a dozen of my wife’s long-time friends originally from the east side of St.  Paul.

Yesterday there were five of us in attendance, three women, two men.  There were nine at the first such gathering I attended 7 years ago.  Five of those who were at the restaurant that day in 2013 have died.  So goes life…we all have the same destination.

There was no direct or indirect discussion of politics at lunch.  I didn’t expect such, though I know there are differences of opinions. There was no need for discussion of ground rules.  “Don’t go there” is understood.  Still, issues come up.

One of us brought up a familiar issue –  the shortage of currency this spring and summer.  Why is there a shortage?  I fact-checked the issue when I got home.  The Facebook allegation shared was not true.  I’ll let it ride, but disinformation is a curse in the present day.

Back home, as usual, “breaking news”, all politics.  Our civil war nation is making us all an emotional wreck, trying to pretend all is okay, if indeed, the only rule is “winner take all”.

Our lunch bunch is not unique, I know there are little clumps of conversation, liberals with liberals, conservatives with conservatives, so-called independents seeking people of like minds.  We can do that these days, wherein in the days of my grandparents, the options were not so simple.  Today you can pretend that your point of view is the only point of view; that fiction is as good as fact; that belief is all you need….  We need to get out of our comfort zones, if even a little.

Faith: Another ‘no talk’ rule in day-to-day relationships.  Don’t bring up religion.

Earlier the same day, enroute to a haircut, I was behind a car at a stop light.  There was a small bumper sticker on the back window.  Hard to see, but very simple: “Vote your faith”.

The small sign peaked my interest: it seems to be rooted in a website whose prominent spokespeople are right wing evangelical Christian conservatives even liberals would know.  People who are leaders of “The Base” of the current President; people of influence who set the conservative religious agenda.

I thought of my own Church, the Basilica of St. Mary, where “faith” seems to have different meanings for the variety of people who worship there.  (There has really been no public access there since March 15 – the pandemic, of course.  Some photos below.)

I ushered at one of the last public Sunday Masses there: 9:30, March 15.  Today there is very strictly limited Mass, by reservation only, people in my age group advised not to attend (highest risk from Covid-19 exposure.)

“Vote your faith” as Catholics (or anyone else) know is not a simple definition.  The people who filled the pews at Basilica earlier this year are very diverse, from the most zealous purists, to the down and out and hurting where the church, perhaps in a time of hurting, is the place of solace they need to be.  A place where on so-called moral issues the rank-and-file Catholics disagree with each other, and the hierarchical party line does not reflect the beliefs of perhaps even most of the flock.  (I put “poliical beliefs of Catholics” in the search engine, and here is what came up first, from Pew Research .  Check it out.  My church is a mix of conservatives, moderates and liberals.  We don’t all think alike.  Make no mistake, the church hierarchy is the public face of “belief”, but only the public face, and even that changes in such things as who is periodically elected as Pope by the Cardinals…and on and on and on.

Freedom:  I’m lifelong United States and during my adult years I have always been aware of people and politics generally.

It is a given that everyone of us have a great assortment of beliefs and strengths of feelings about any aspect of our life.  To examine this diversity I have quite often set up some kind of continuum, with polarities on either end.

It seems to me that every American, perhaps every human, cherishes “freedom” far more complex than the usual contemporary example of who wears a mask, and who refuses to do so.

Here is a suggestion for a Freedom polarity in our tribal society.

On one end, in my opinion, is the notion of individual freedom; on the other, freedom for all, regardless of station in life, temporal “power’, etc.  In any society there are endless variations of this: Use freedom as an excuse to kill someone, and regardless of the outcome, the killer faces some consequences.  The person killed is dead.  Etcetera.

On one end of my continuum for the United States would be the slave holders, which were a major part of the power structure in the early U.S. “Freedom” for a slave holder was individual.  It didn’t extend down to his slaves.  Put the words “slavery” and “Bible” in your search engine, and you find a great plenty of justification for slavery.

The Civil War interfered with this definition, giving freedom to slave.  Not all agreed, and in some senses the Civil War is still being fought.

On the other end of my continuum are the folks who are preparing for the 75th anniversary of the United Nations, celebrating among other major themes, the Universal Declaration of Human Rights declared by the UN is session in 1948.

Certainly someone can argue that one who believes in slavery however defined can also believe in human rights for all, but I’ll leave the challenge to everyone to at least discuss this argument might mean.

I was over to Basilica for the first time since March 15 last Sunday.  It had been six months.  I was there at 11:45, when the public Mass was being held.  There were only a few cars along the street.  As noted, attending Mass in person was “reservations only” (a policy I agree with).  There were, to recall the old song, abundant “sounds of silence”.  It was eerie.  For near 25 years I’ve been there nearly every week, without fail.

Here are some photos I took last Sunday, at the Basilica.

I highly recommend the series on Racism sponsored by Basilica which I and about 50 others were attending at the time the pandemic began.  The series is available on the website of St. Thomas University.  Here is the link.  Note the information for getting a discount code which makes the series available for no fee. 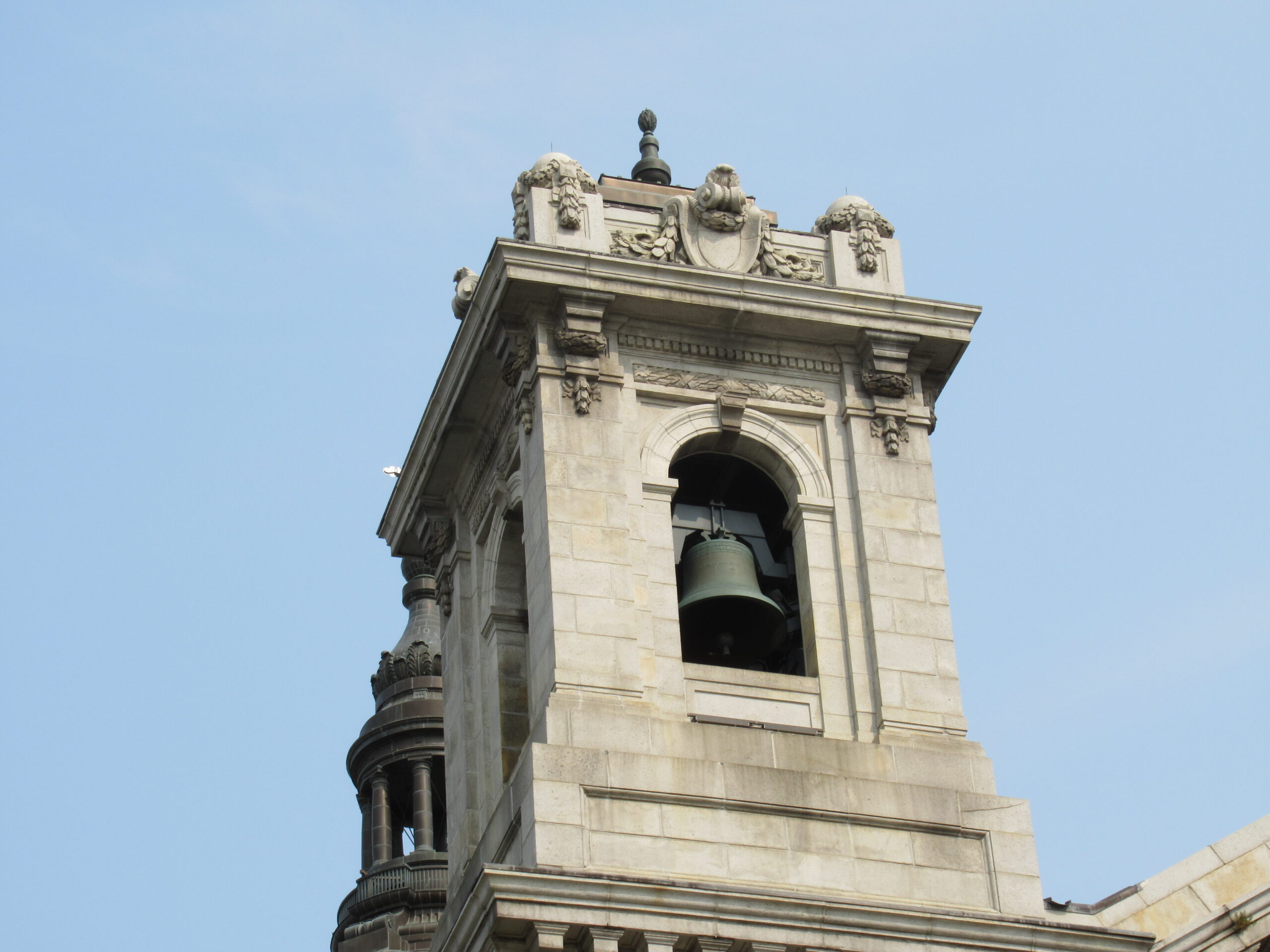 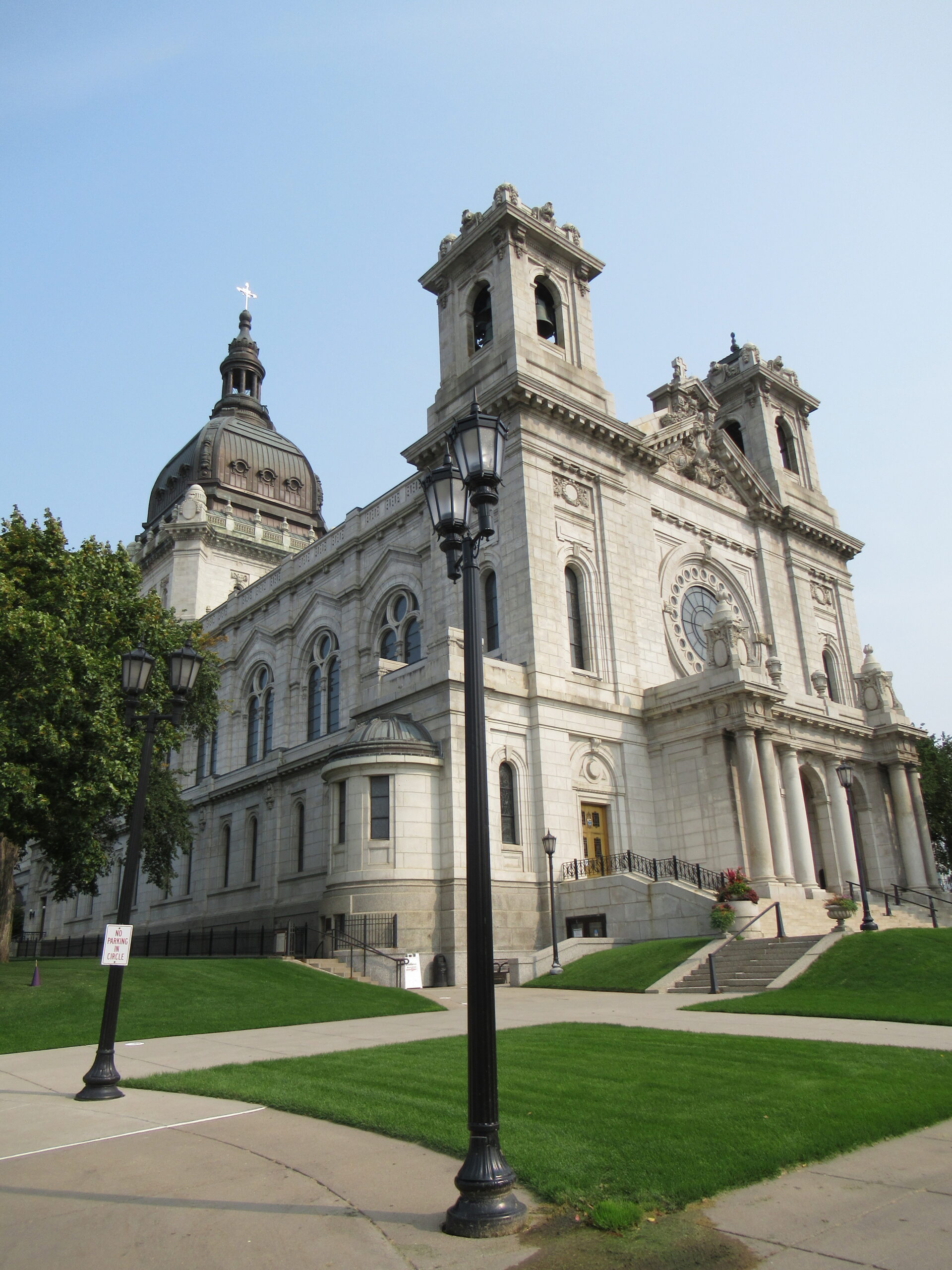 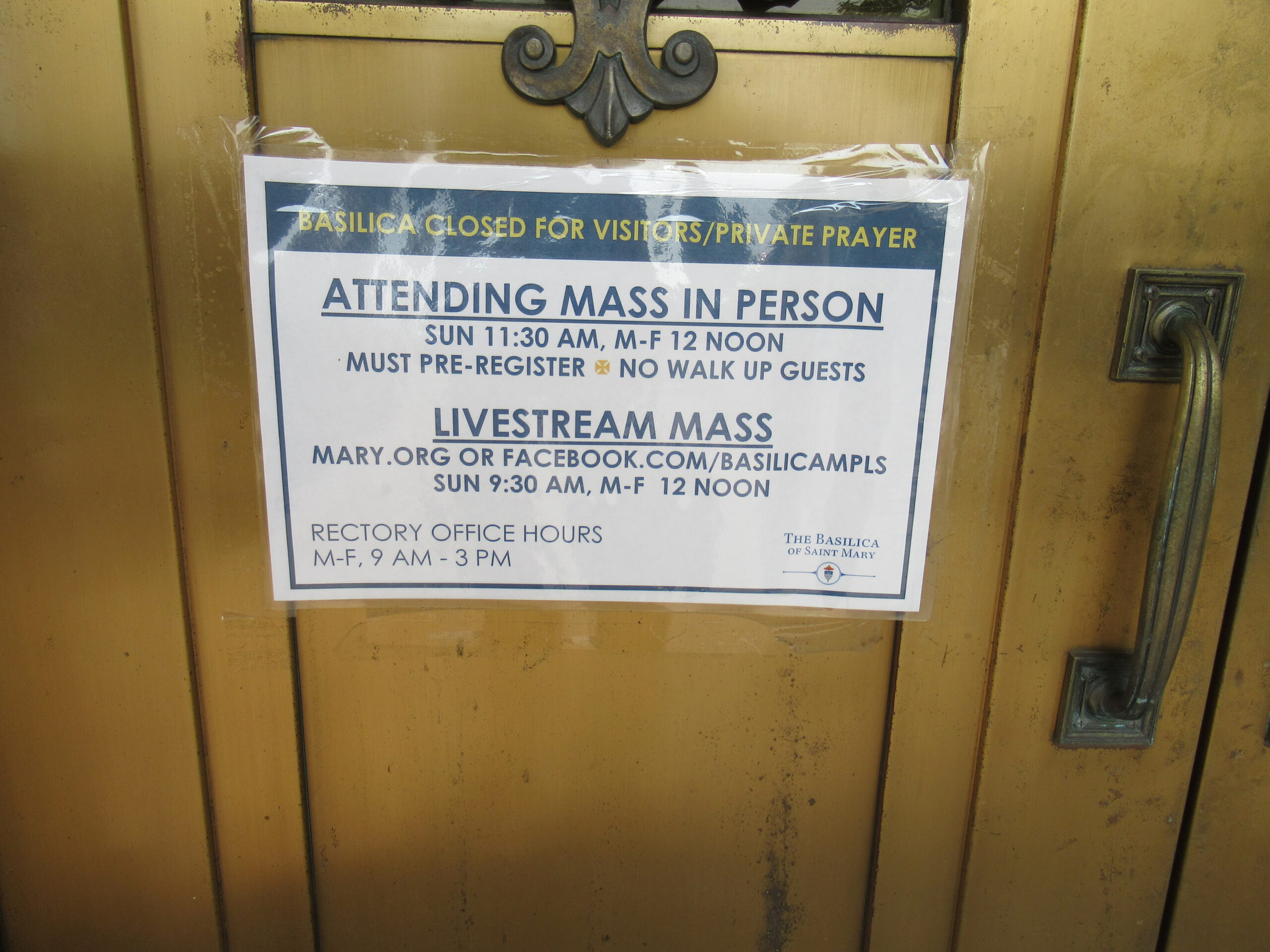 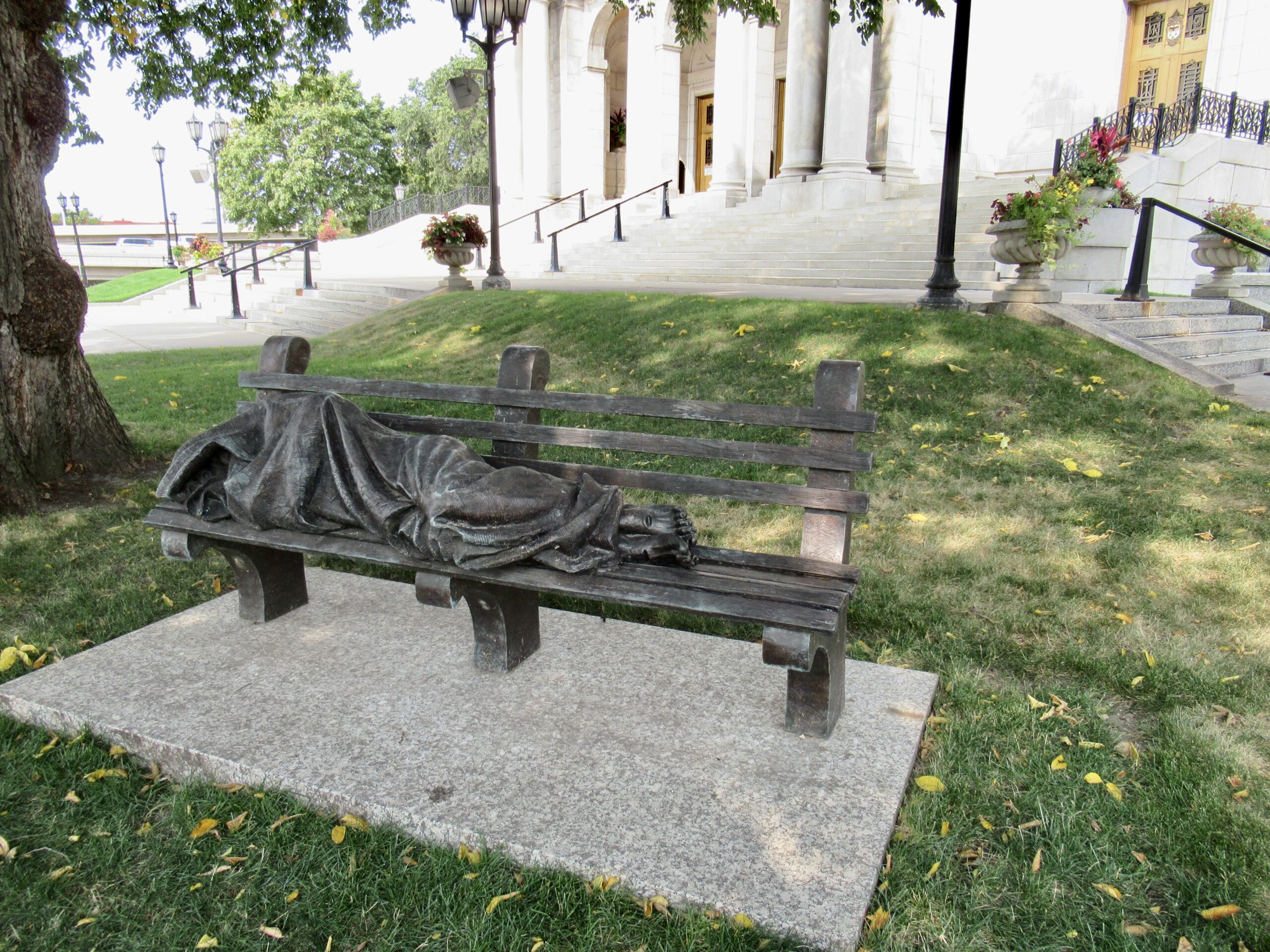 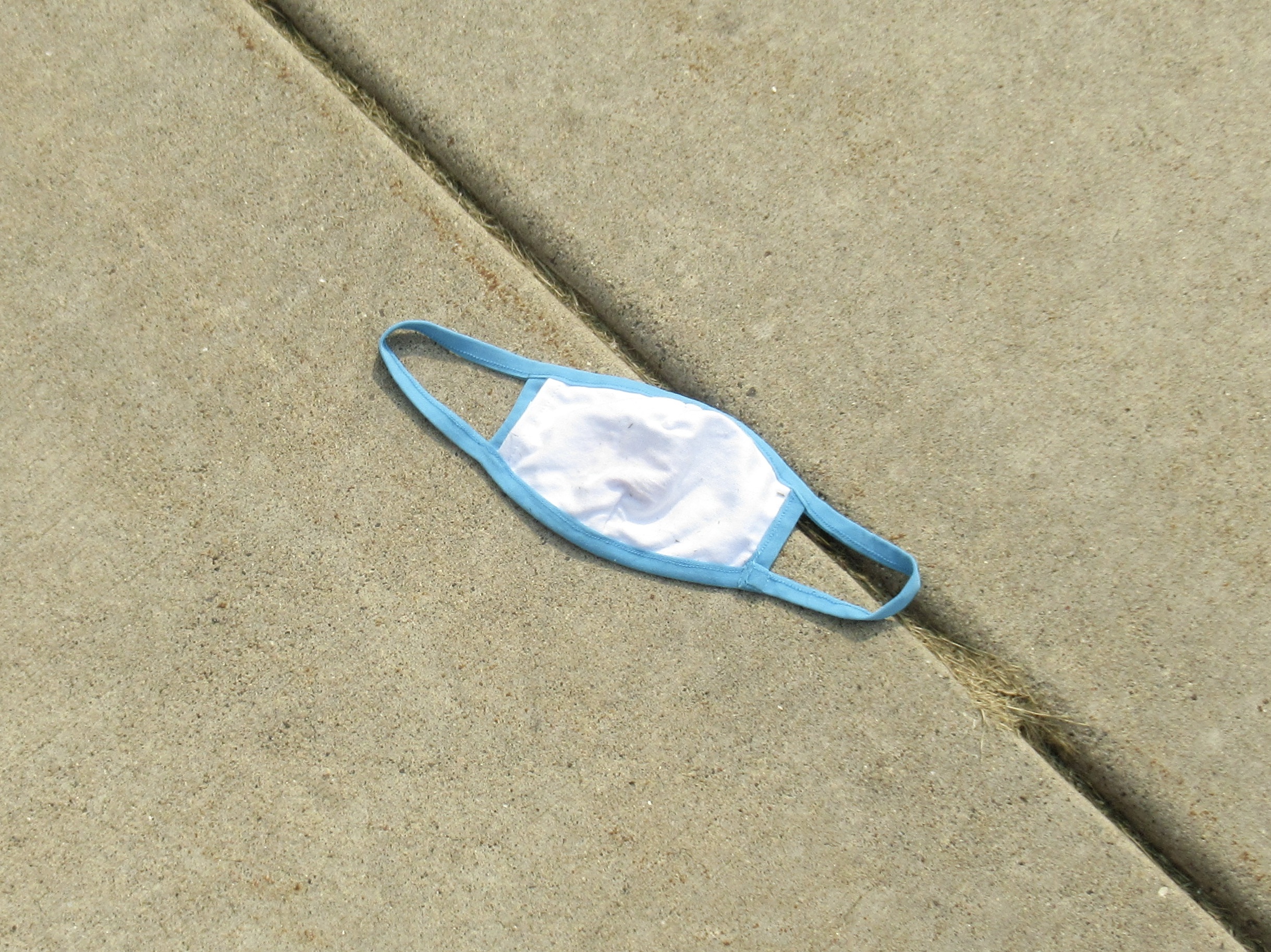 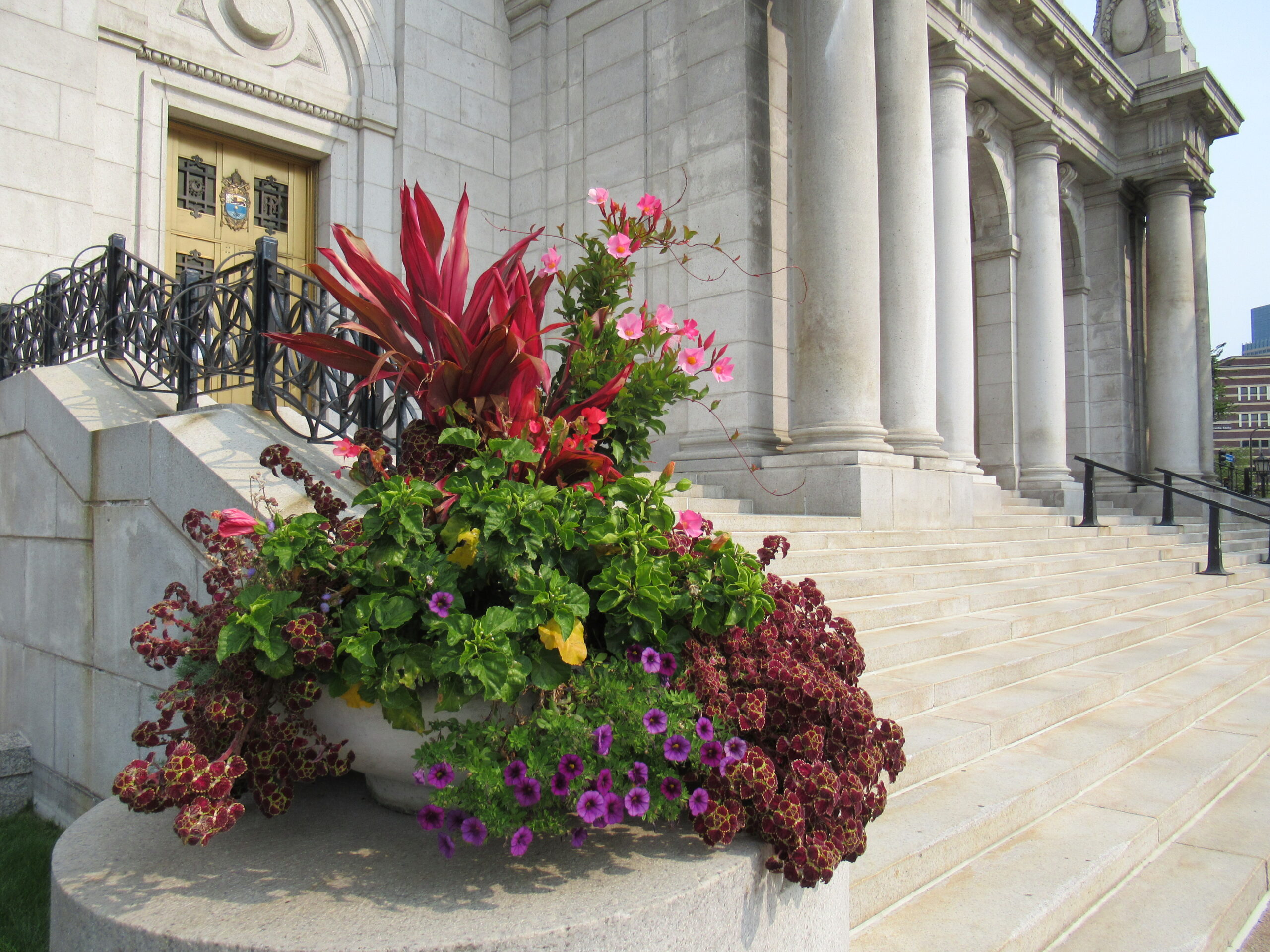 The Court Opinions
Scroll to top