A letter writer, a health care worker, responding to Saturday’s post, “Ruthless Now”   lamented the instant national pivot to the Supreme Court issue at the death of Ruth Bader Ginsburg, at the same time as we collectively seem to forget 200,000 Covid-19 deaths now reached in the United States, far and away the world leader in death from the disease.

We can’t pretend the two issues don’t exist, and we need to deal with both, at the same time.  Once again, Just Above Sunset, in “The Sum of Us”, effectively sums up the national uproar developing.  It is worth the time to read.

Most any position you want to argue begins somewhere within this timeline of appointees to the Supreme Court.  (You’ll see the letters “V” and “C” fairly often.  “V” = Voice Vote; “C” = Confirmed.  In other words V/C represented a consensus confirmation in a U.S. Senate which has always been divided by party.  (Scroll to end of list for the glossary of what other letters mean.)

There are lots of things to talk about: the refusal to grant Obama Supreme Court nominee Marrick Garland even an introduction in early 2016 will come up, as it should.  There was and is rank hypocrisy, if anyone cares.

In conversation the Reid Rule, aka “nuclear option”, might be brought up.  Harry Reid was Democrat Senate Majority leader who changed the rules for confirmation of candidates for certain judgeships and Cabinet officers because of minority party obstruction.  This Ballotpedia article from early 2017 seems to give a fair reading to what and why led to Reids frustration….  For sure read the short background section.

Most likely Roosevelt’s bit concluded attempt to pack the Supreme Court’ in 1937 will be a ‘yah but’.  History.com provides a couple of articles about this initiative during the worst days of the Great Depression.  (Roosevelts idea never reached conclusion – it was not pursued.)

In my opinion, we are witness to a legitimate crisis which has been developing since before Harry Reid responded to obstruction by the other party on judicial appointment matters in 2013.

And on and on.  I don’t know what will happen.  I submit that nobody knows, not even the most powerful people in Washington.  This is time to take action, as an individual or as part of a group or a movement.  Get on the court.

Sunday, I took a time-out to revisit an old neighborhood I had last visited about 1970, featured in the Minneapolis paper on Saturday.  I’ll do a blog later about that delightful walking tour of two blocks of what once was called “22 1/2 Avenue”, but first, one photograph of a sign seen at one house there: 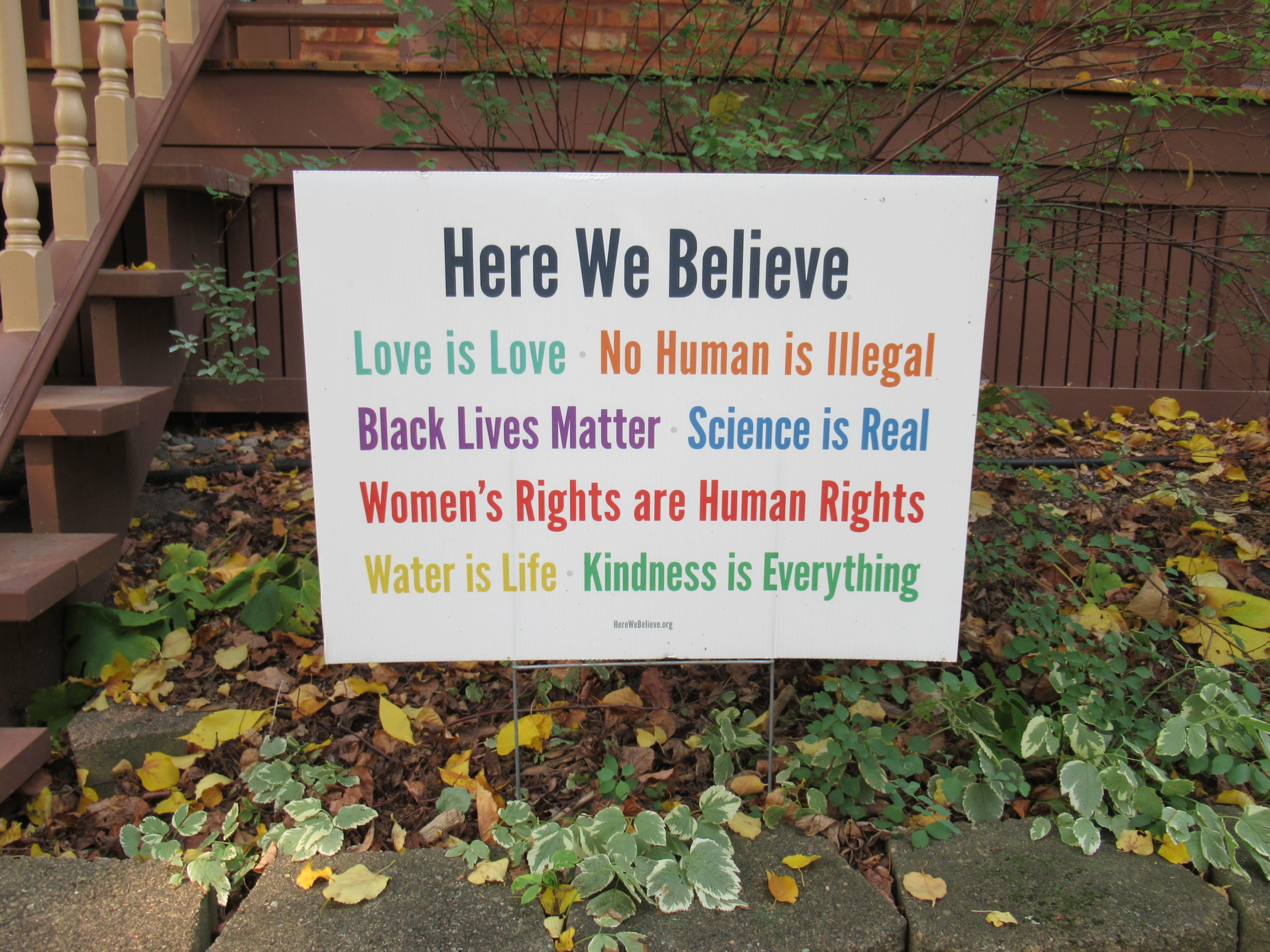 Later in the day came an unexpected and delightful photo from a North Dakota neighbor of my Uncle and Aunt Vince and Edithe. 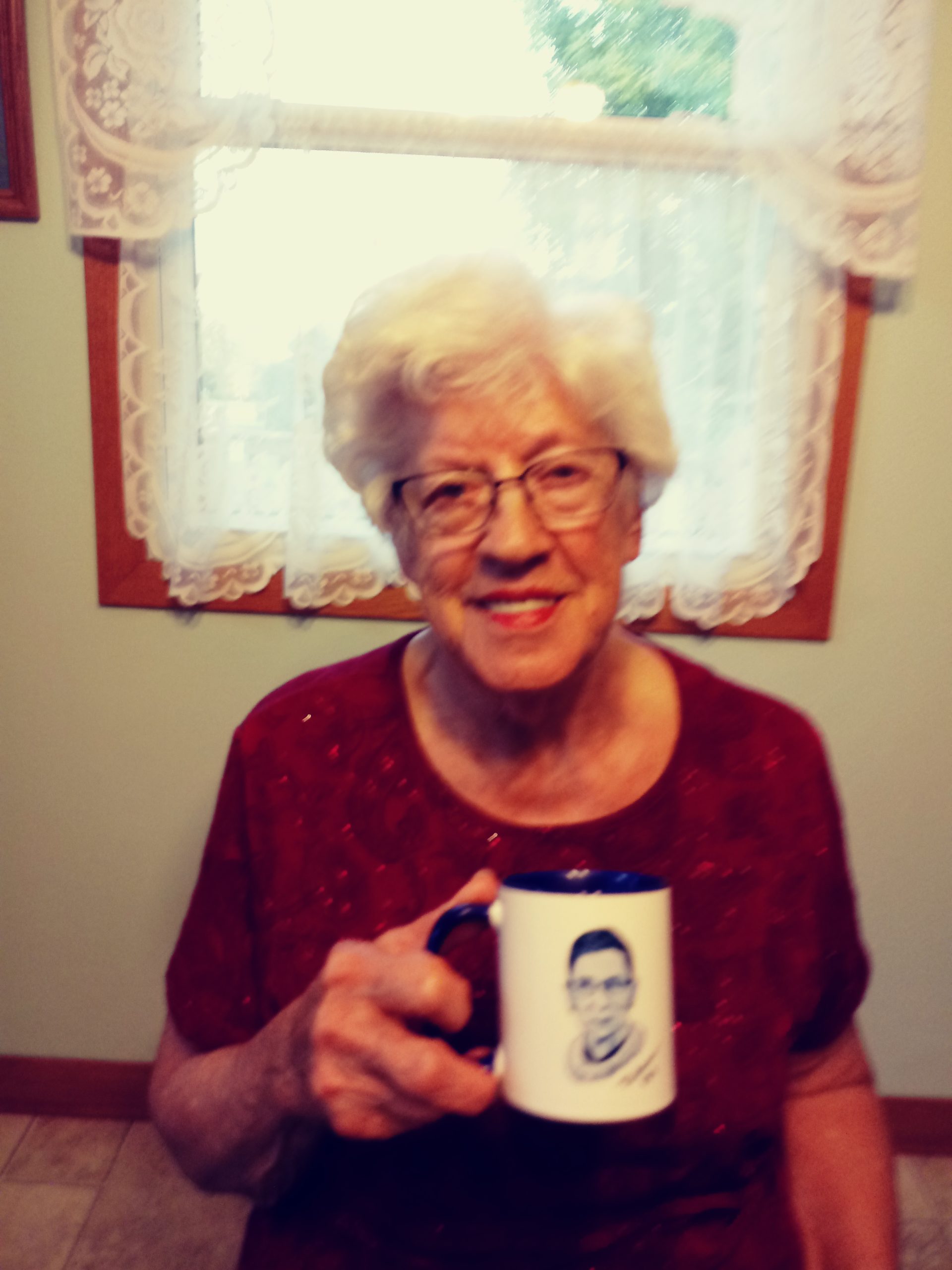 We are, as a country, again at the point of crisis, as we were when Lincoln gave his Gettysburg Address in 1863.  It’s a good time to re-recite those few scribbled words, and apply them to today.

IMPORTANT POSTNOTE: About a year ago I was subject to a vicious and malicious hack attack of both e-mail and website.  The apparent point of origin was Ukraine.  Lately, there have been no indications of malicious mischief.  However, if any of my communications seem unusual for me, or even if they disappear, it is not my doing.  Just be aware of the possibility.