Today is the first day of Spring.  Let’s hope that Spring ushers in a better year than the one just passed with Covid-19.

Truth be told, I’d like to do most of my writing about topics like the following…but the political thread is extremely important in these divided days, and that will remain an important part of what appears at this space.

There have been gifts during the past year of Covid-19.

One decision I made was to get in the car each day and drive some of the nearby byways, previously unseen by myself.  This has become a daily habit for me – nothing fancy, nothing planned.

One of the earliest and most frequent excursions has been a few miles to the southwest of here, Grey Cloud Island, whose name was long familiar to me , but I’d never actually visited it.  I’m glad I found it last spring in one of my earliest drives.  Here’s an interesting history of the place, just south of St. Paul Park, part of the Mississippi River.  Here’s a map of the island: https://goo.gl/maps/wDHi5wqbrAxx482n8. (Grey Cloud  actually seems to be two islands, scarcely separated.  Look also at the satellite photo accessible as well.)  A few miles to the north is downtown St. Paul.  It is perhaps a four or five mile drive from one end of the island to the other.

Like every place in our country, native people were there first, long ago.

There are visible vestiges of the old island area.  Just a few miles upriver in Newport, occasionally you see references to “Red Rock”.  There is, actually, a red rock, and its story has been written.  Here’s one.   Here’s a photo I took of Red Rock at a Church, maybe 4 miles from here, just off Glen Road in Newport.  Newport is almost next door upriver from Grey Cloud.  An early Newport cemetery had its first burial in 1848. 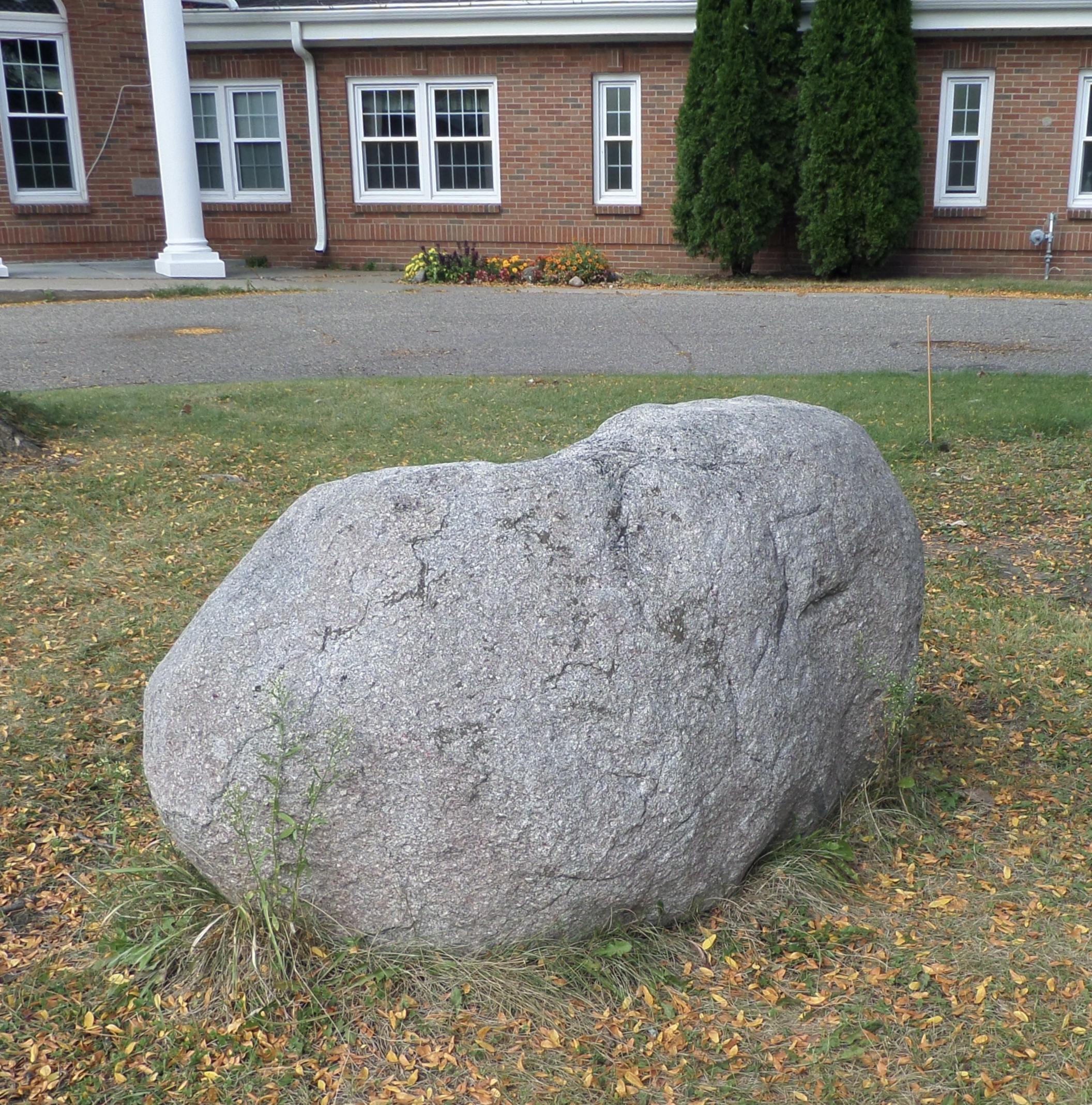 Today, people live on Gray Cloud island, but not many.  There are no businesses – at least none I’ve seen.  A Bible camp (to the best of my knowledge unused in the Covid year) is literally at the end of the road.  There are no marinas, or such…it is a quiet country place.

Just out of St. Paul Park, there remains a mysterious building that appears much like a grain elevator such as I would have seen along railroad tracks in rural North Dakota of my youth.  It is a “no trespassing” place, not much to be seen.  It’s location would be adjacent to the river, the railroad is perhaps a half mile behind the photographer. 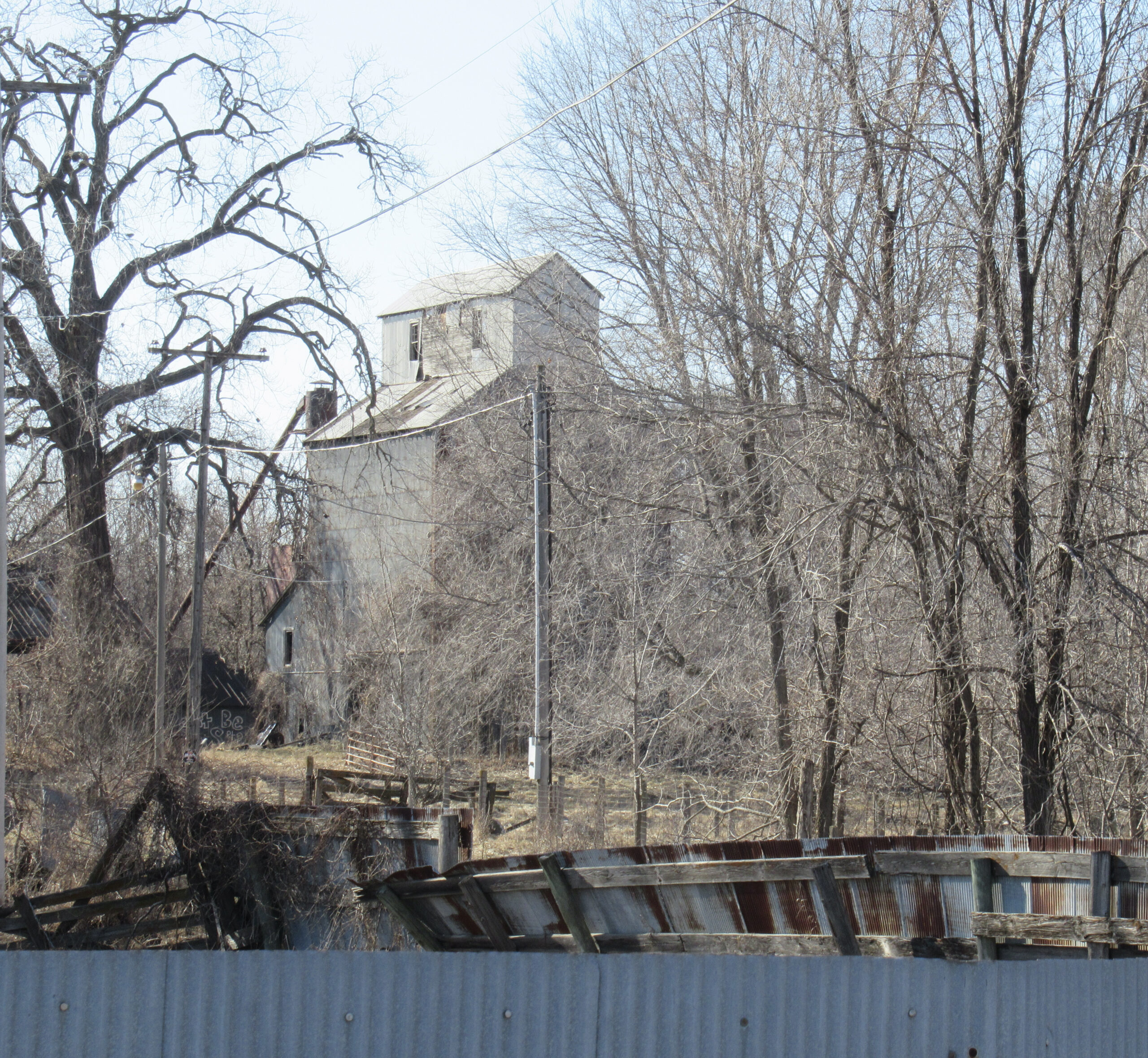 Building that appears to have been a grain elevator just outside St. Paul Park MN, March 2021 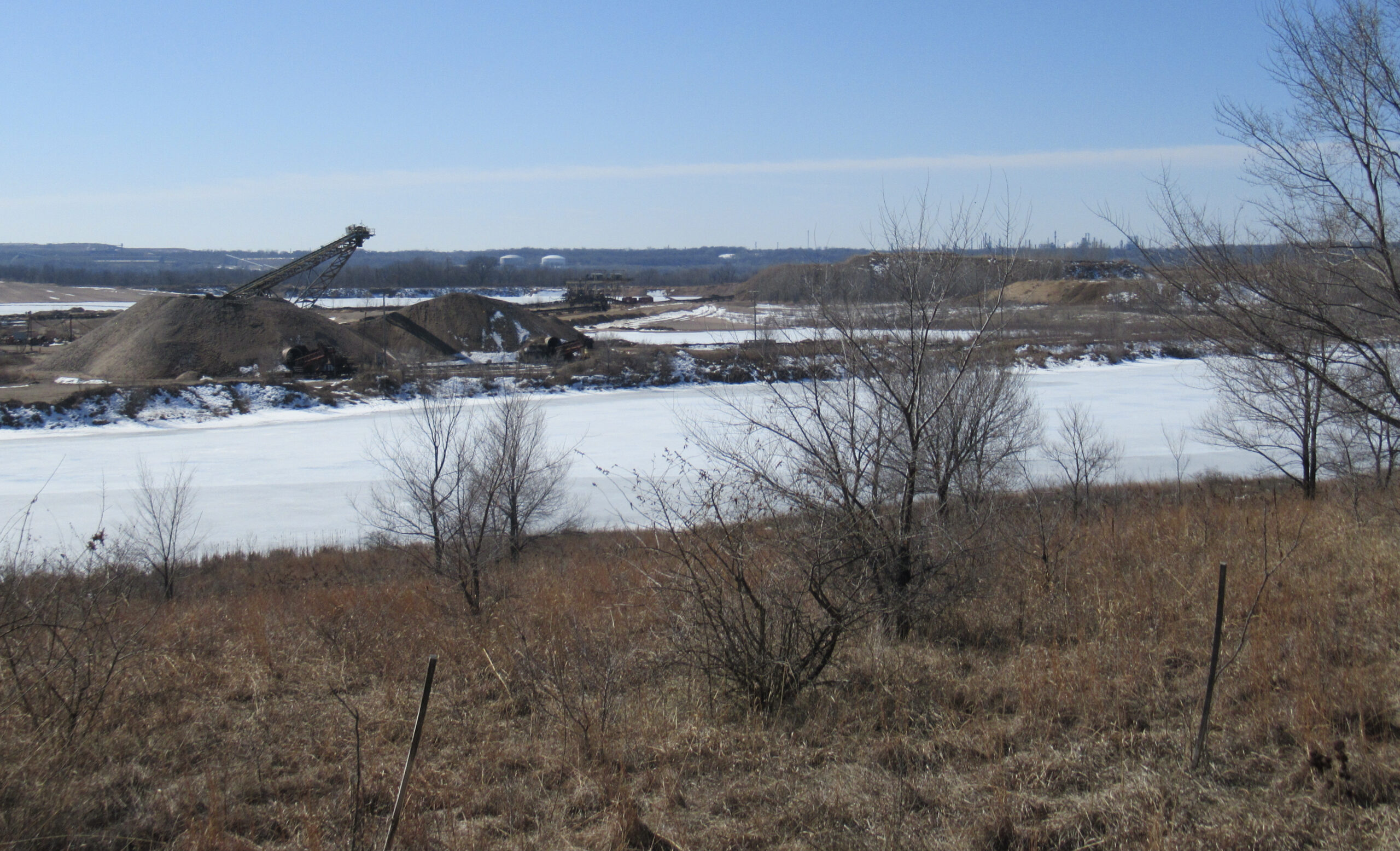 Sand mining on Gray Cloud Island. In the far background at right the oil refinery along U.S. Hwy 52 is visible.  The frozen water surface in foreground is simply a pond – the Mississippi is beyond the sand and before the refinery.

There’s a solar farm on the island; and an FCC Tower.  There remain a few farm fields.

A few Frenchmen visited in the 1600s, and were the first whites here.  White settlement in the area of the Twin Cities began in about the 1820s roughly coincident with the building of Ft. Snelling, and increased rapidly beginning in the 1840s.  A nationally sponsored event called the Grand Excursion in 1854 excited interest in settlement, and in 1858 Minnesota became a state.

The Mississippi River was always the only ‘superhighway’ to this area until the railroad reached what is now the twin cities in 1867.  All the boat traffic passed by this island.

Gray Cloud today seems a hospitable place, though at least one resident makes it clear that visitors are not welcome down his or her road.  To each his own. 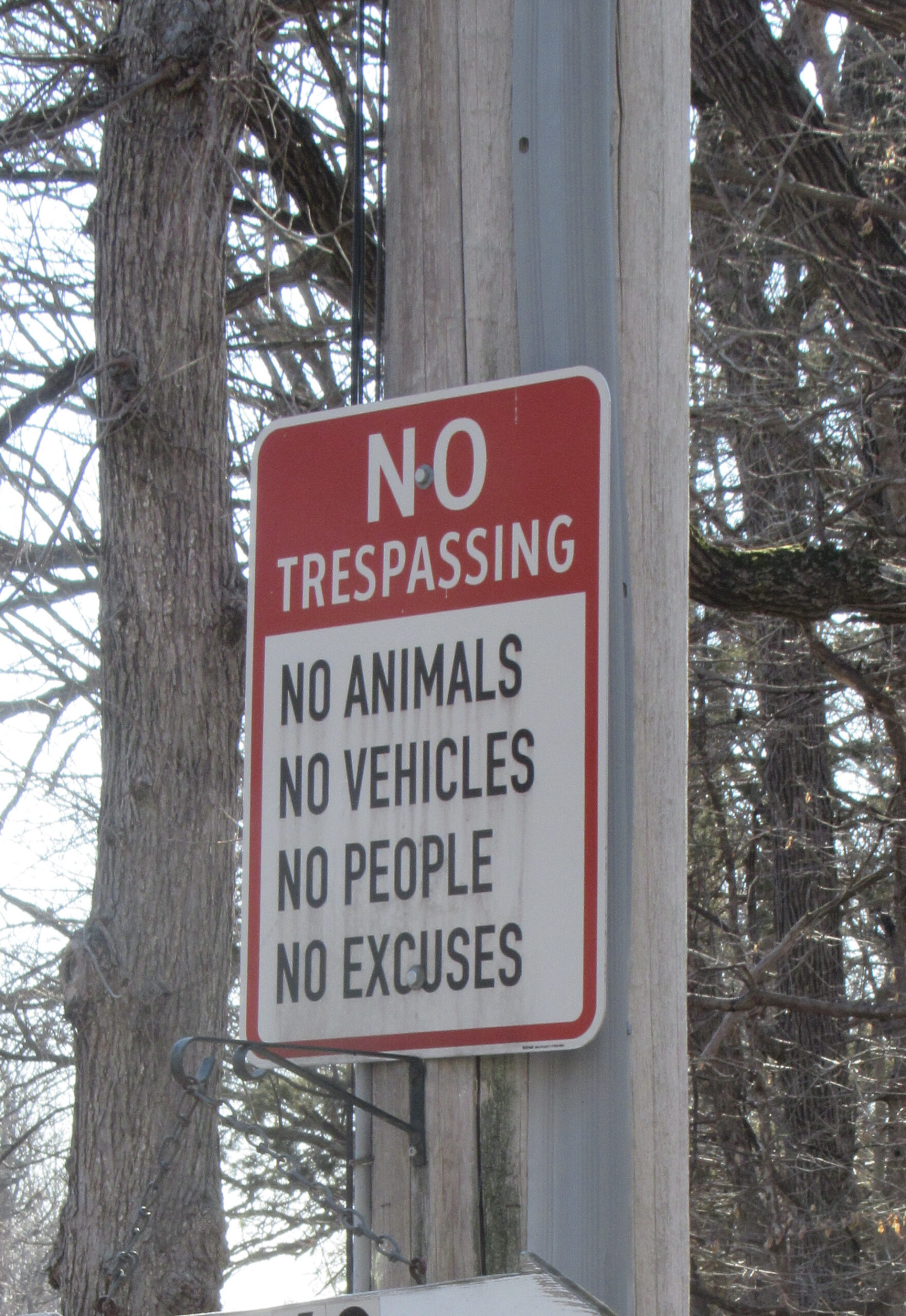 I wonder what the neighbors think of this. On the other hand, maybe the warning is to wandering outsiders, like me.

A drive through Gray Cloud is an opportunity to revisit a quiet place and time within this metropolitan area of 3 million people. Most convenient access is through West St. Paul on Co Rd 75 going south.  In a couple of months you’ll begin to see the signs of spring and summer – probably a corn field or two, etc.  Take the trip.  You’ll enjoy it. 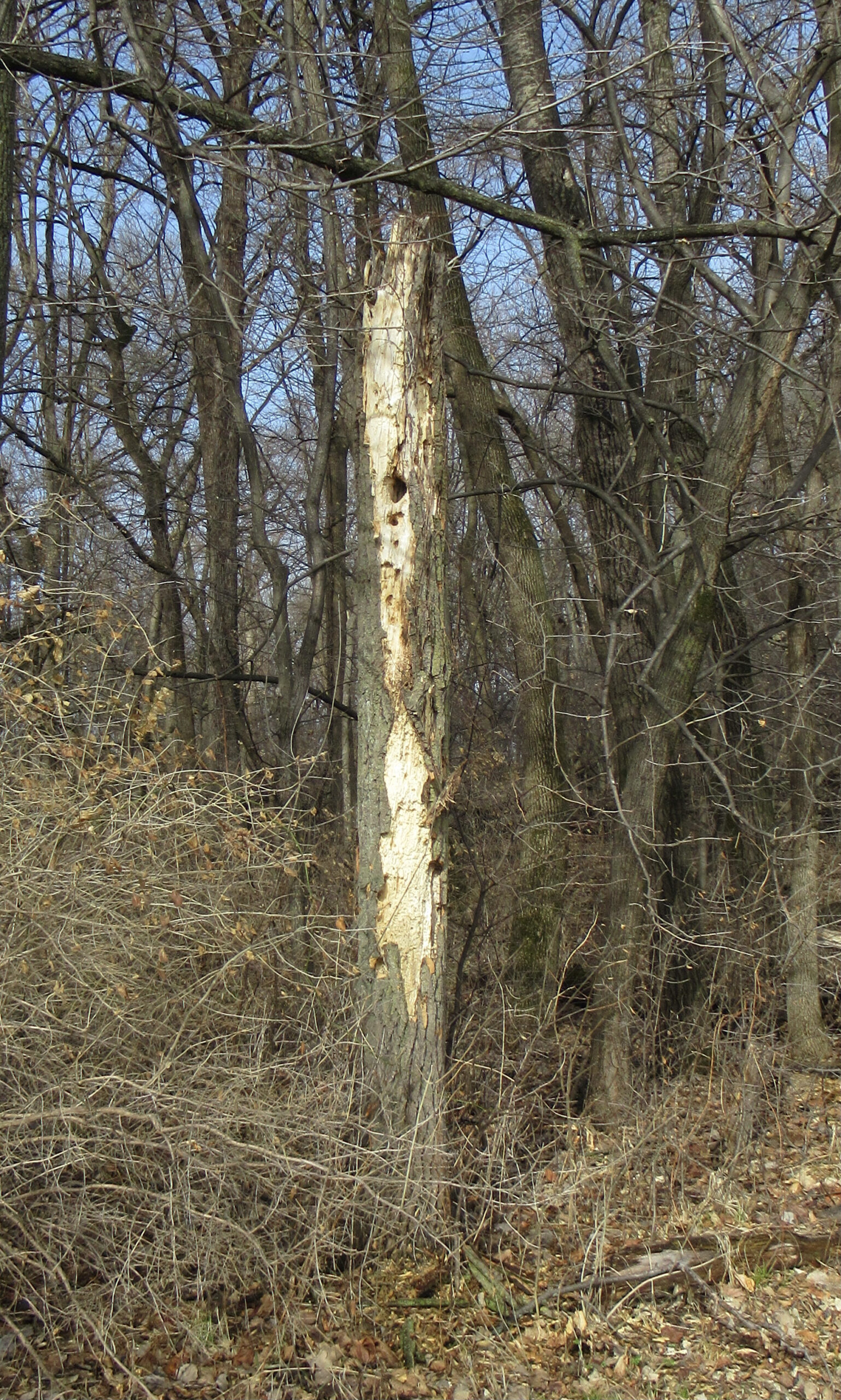 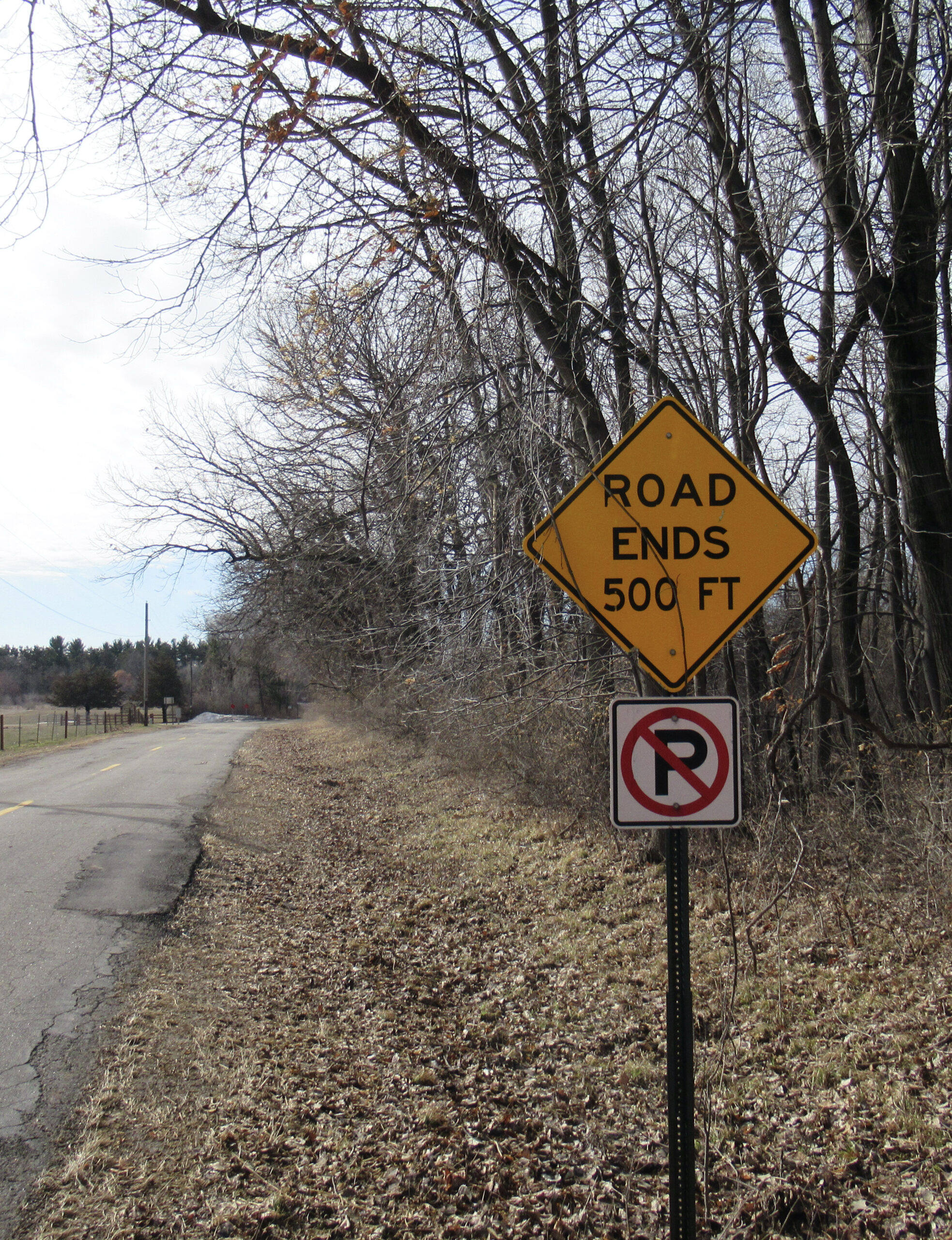