Today is Holy Thursday and this is Easter week.

Anyone who knows me, knows I’m a church sort of guy.  Church has always been important to me.

Like everyone else to my right or left, ahead of me or behind, regardless of denomination, whether a believer or not, I’m far from perfect.

Easter has its puzzles: why did those church fathers (yes, likely all men) decide all those centuries ago around 300 A.D. to make Easter a roving day, fixed to the rhythm of the natural world, the first Sunday following the first full moon after the vernal equinox?  March 28 was the most recent full moon.  It must have been an interesting discussion. 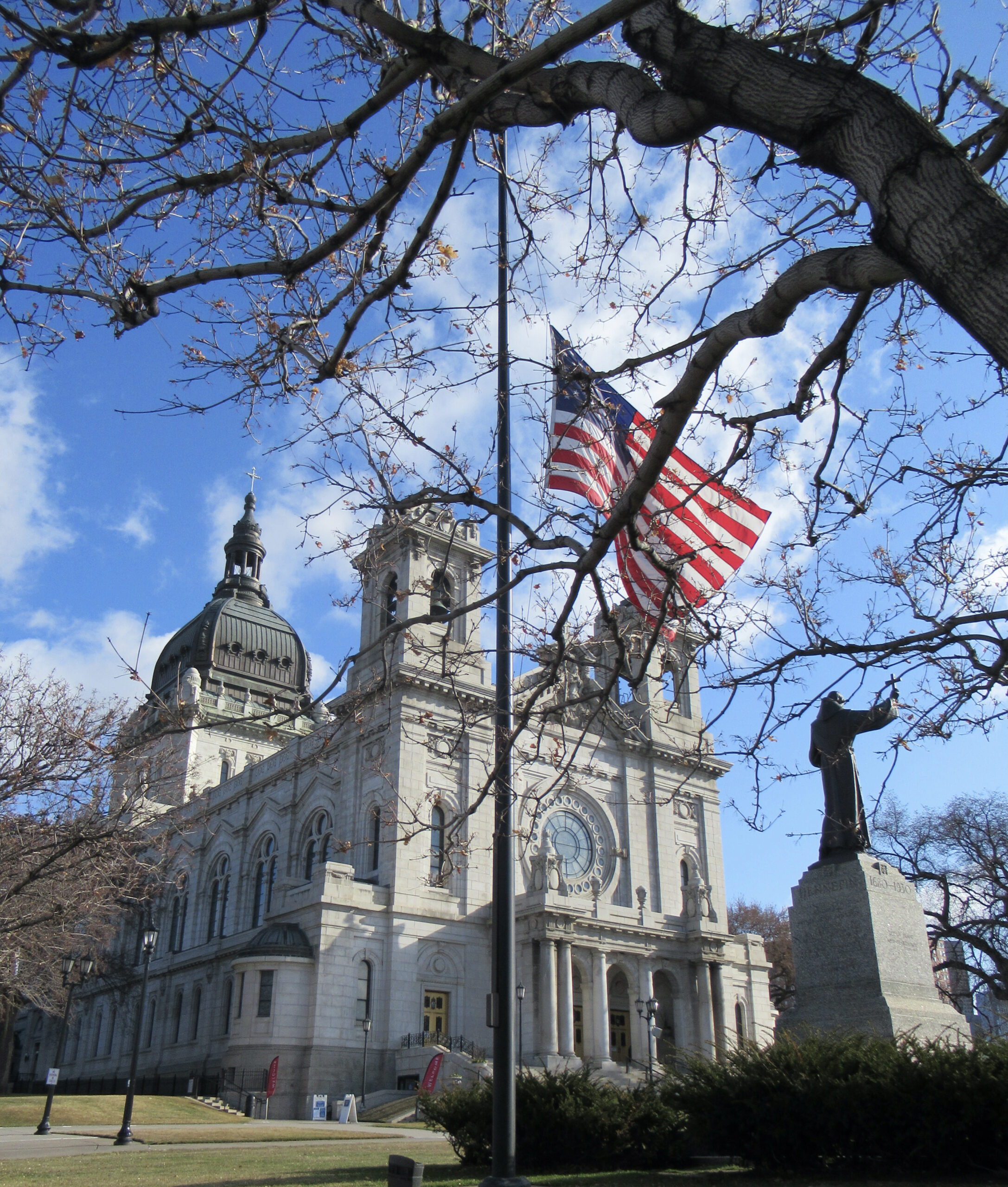 The regular Mass we attend had begun, but we weren’t there.  I haven’t been inside the building for more than a year.  I last ushered there March 15, 2020.  Quarantine rules are still in effect, and I have no issues with that.  Indeed, on Saturday Travis, the usher coordinator, sent an e-mail to all of us asking for help on Palm Sunday.  I’ve been on the ushering team for years.  I wrote back: “I hope you know how much I’d love to do this.  On the other hand, I’m 80…and had the vaccinations some weeks ago, and no problems, but then there’s Basilica’s ground rules.  So….”  (If you don’t look Basilica suggests that those over 65 not attend.  As I say “I have no issues with that”).  During the Pandemic, church has been available on-line, including this week.  Here are details.

Those ground rules, which I think are and have been prudent and wise, reflect the still current reality.  The Pandemic is not over.  Those in Basilica on Sunday pre-registered.  Right  before I took the photo there was a short line of socially distanced people at the lower level door at rear left of the church.  When will the ‘new normal’ begin?  And will it be the normal we remember pre-pandemic, or something else?

We’ve been part of Basilica for many years so memories flood as I look at the photo.  Particularly, this day I think of fellow usher, Clarence Birk, for whom this place was central most of his 88 years.  Clarence died Oct 14, 2019, a few months before the pandemic changed all of our lives.  He’s just a singular example. He’d been part of this parish since elementary school.

There are other things I notice in the photo.  The flag pole is at half-staff, for instance.  Part of the reason, doubtless, was a recommendation of MN Governor Tim Walz and his Lt. Gov. Peggy Flanagan.  But their most recent announcement expired on March 22, relating to government flags, was in memory of the eight victims of the Atlanta area shooting.

I called the church this week to ask why the flag is still at half-staff.  In memory of the victims of the recent super market shooting in Boulder CO was the answer.

Basilica has a strong social justice focus.  To my right about a half block from where I took the photo, off the sidewalk towards downtown, is a sculpture  on Basilica grounds, “homeless Jesus”.  It speaks for itself, as it appeared right after it was received, before being moved to its home outdoors, Oct. 28, 2017.  Here’s an article about the work. 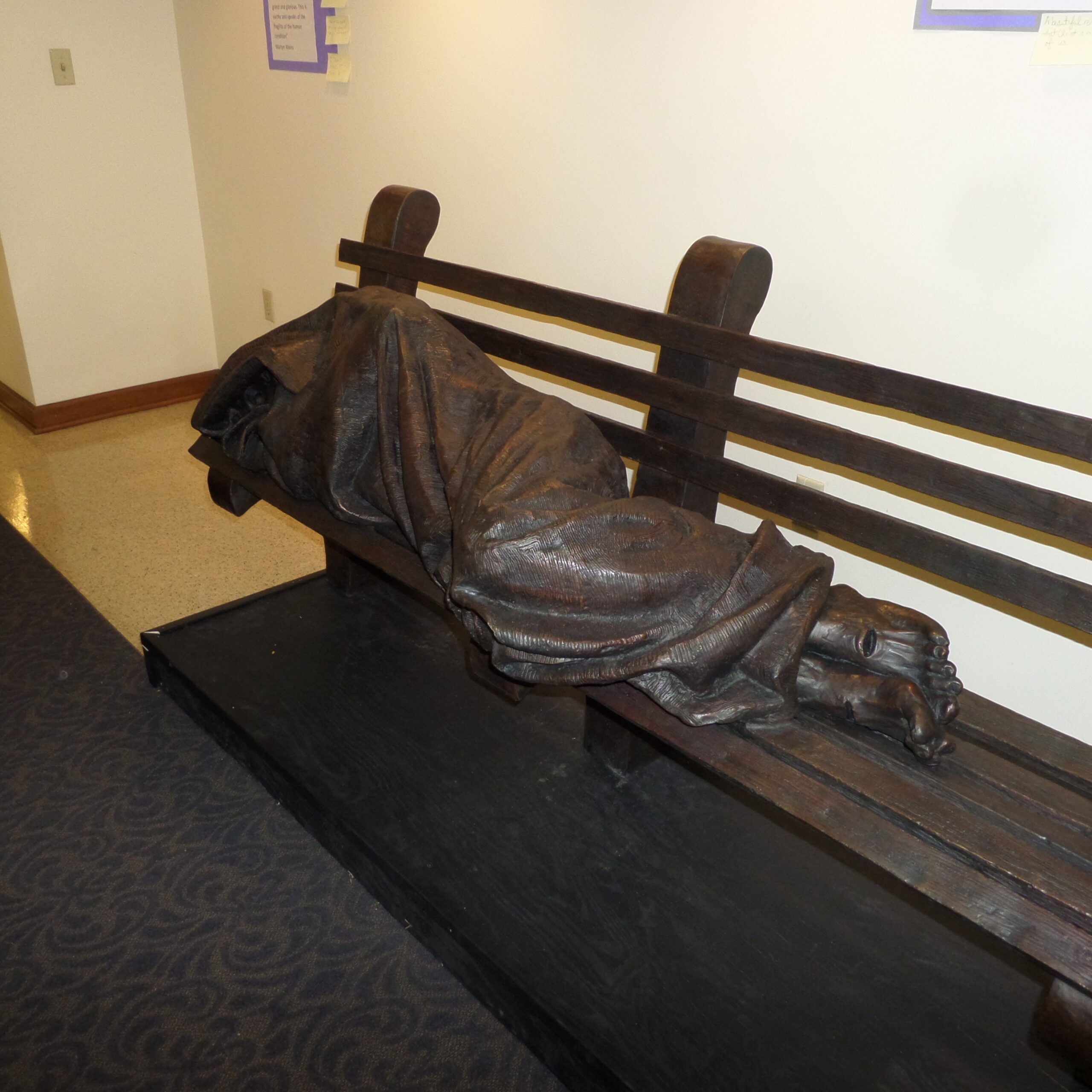 This is the second Easter impacted by Covid-19.  Like the timing of Easter, Covid-19 is part of the natural world.

In my layman’s view, Easter has always been about death and resurrection.  There are more intense feelings than usual this day.

Today is the 4th day of the nationally live-streamed murder trial in downtown Minneapolis, a mile and a half from the Basilica of St. Mary, another trial about our national ethic which happened 10 months ago almost to the day – Memorial Day, May 25 2020.

We all have our plans for Easter and all other days.

My best wishes for a great Easter time for you and yours.

Our time on earth is short.  Make the best of it. 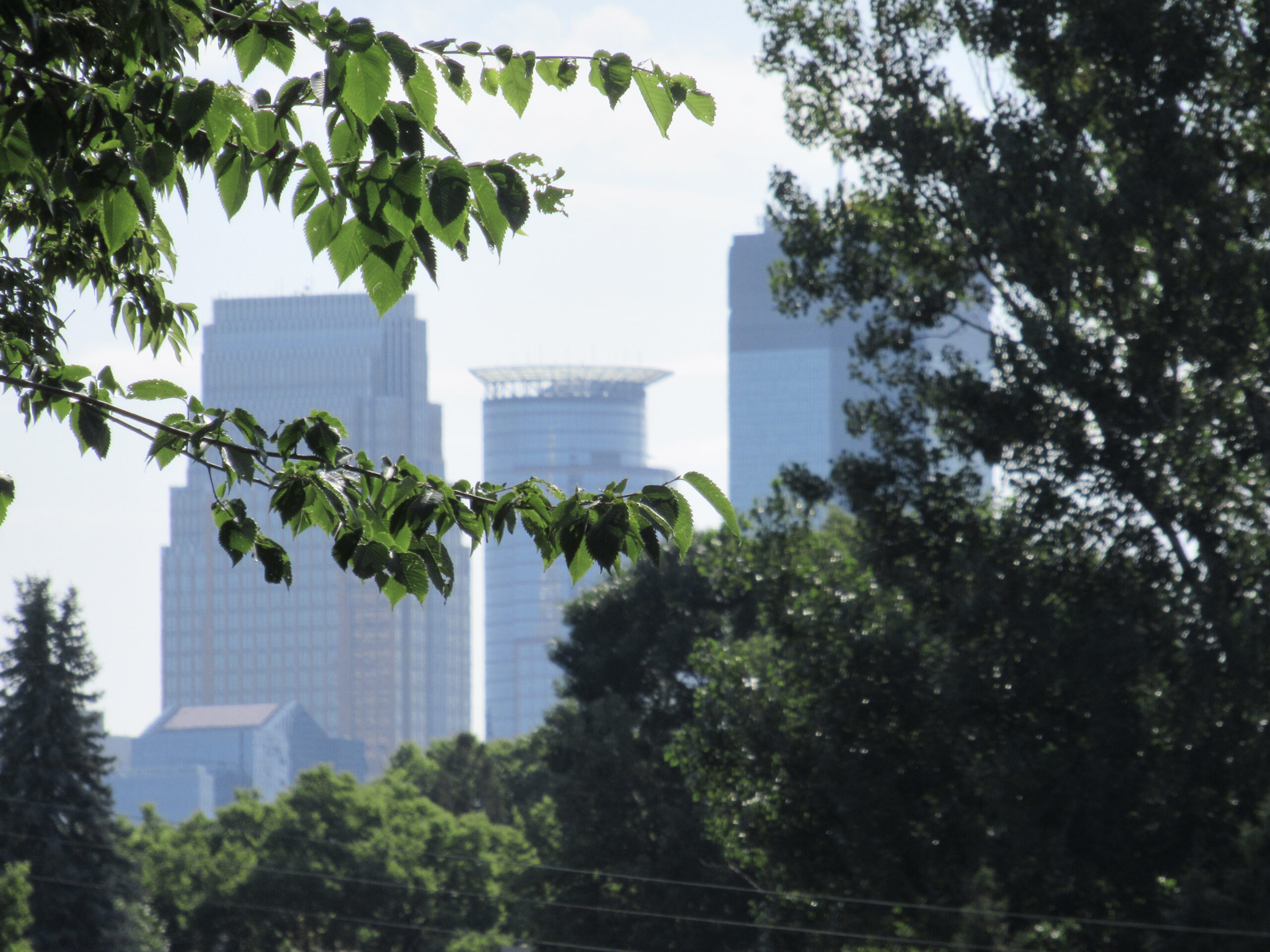 Downtown Minneapolis (zoom lens)as seen from near Clarence Birk’s boyhood backyard in north Minneapolis August 14, 2019.  Clarence and I were re-visiting his old neighborhood.  Basilica would be somewhere about halfway to downtown. 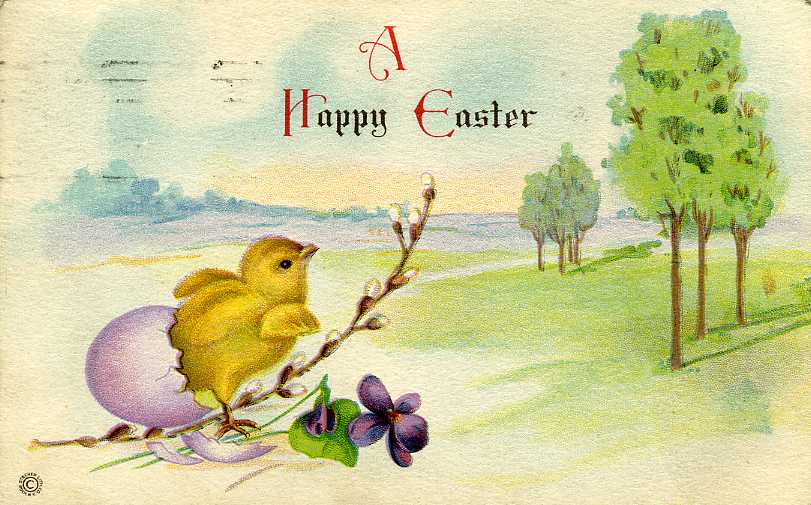 About the Chauvin Trial:  here.  I am following it, but only as news.  From time to time I may add items to the post, which I began on Monday.