Monday was just a nice weather day in Minnesota.  I took my usual “abstract random” drive in the general area of home.  This particular day I broadened my reach somewhat, going across the river to Hastings to reach a park I knew existed, Spring Lake Regional Park, about had visited only one time, and then in the very late fall.

This day, foliage was just beginning to bud, and at the overlook, below me, I saw something in a tree (see photo at end of post).  It turned out to be a magnificent Eagle, which gave me a couple of minutes of its time before departure to places below its perch.  I managed to take a few photos, one of which is here.  It was a moment to cherish. 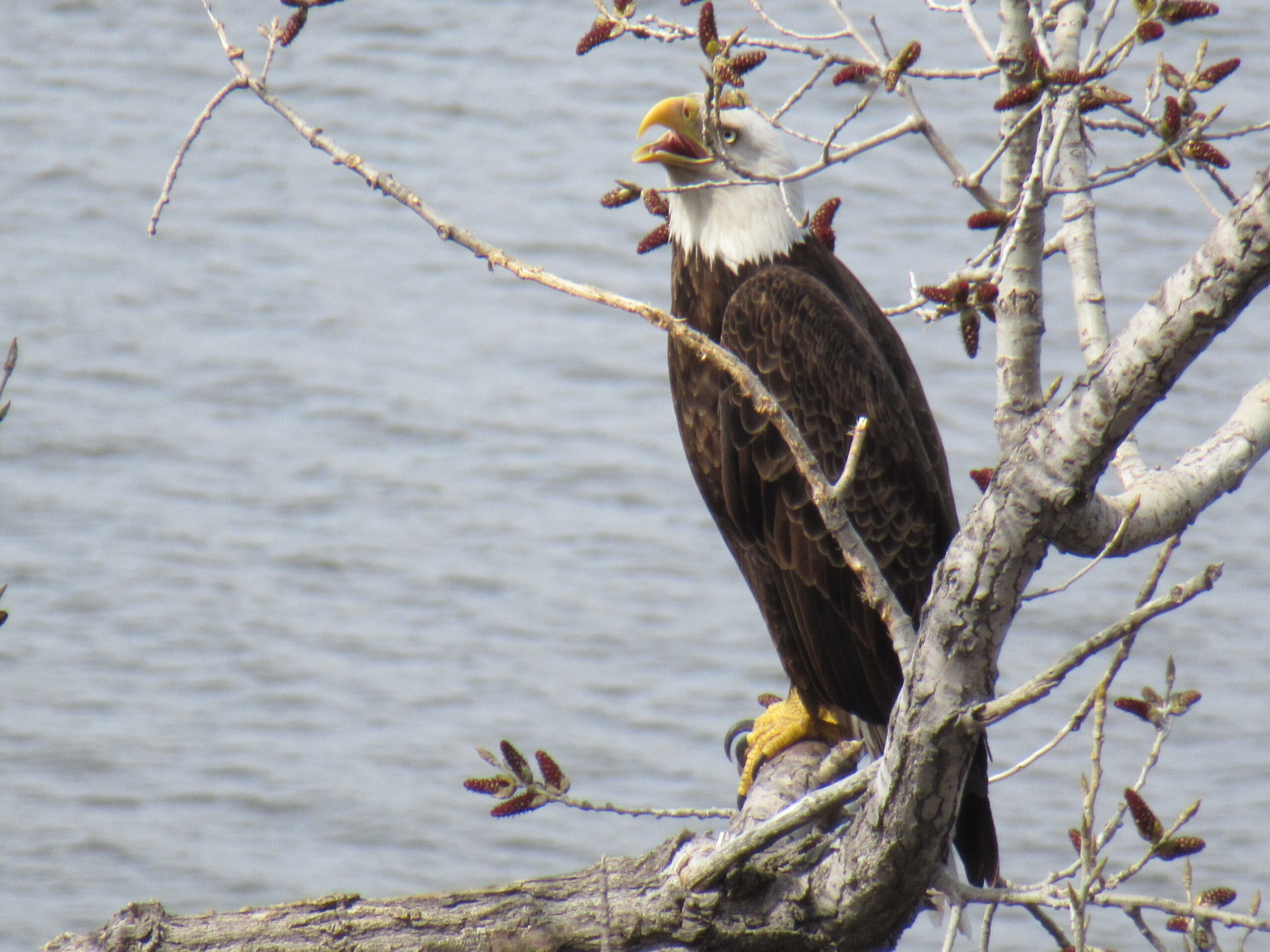 April 5, 2021 at the Mississippi River just northwest of Hastings MN

The Bald Eagle is the national symbol of the United States, in itself an interesting history.  It has been the national bird since 1782.

The park overlooks a wide spot on the upper Mississippi River called “Spring Lake”, and seems atop a bluff.  In easy eye-shot is Grey Cloud Island, previously referred to at this space.  Here’s the map reference point if you wish to visit.  (Grey Cloud is conspicuous because much of it has a long history of being used for sand., and thus doesn’t have foliage.)

The park itself has a spot in Minnesota’s history.  It was part of the site of Nininger, a big idea that didn’t pan out in the earliest days of Minnesota, just before Minnesota became a state (1858).

There’s no ‘moral to the story’ here, other than saying, take that side trip when you can, and have your camera along.  You just never know.

Here’s my first view of my Bald Eagle on Monday, April 5. 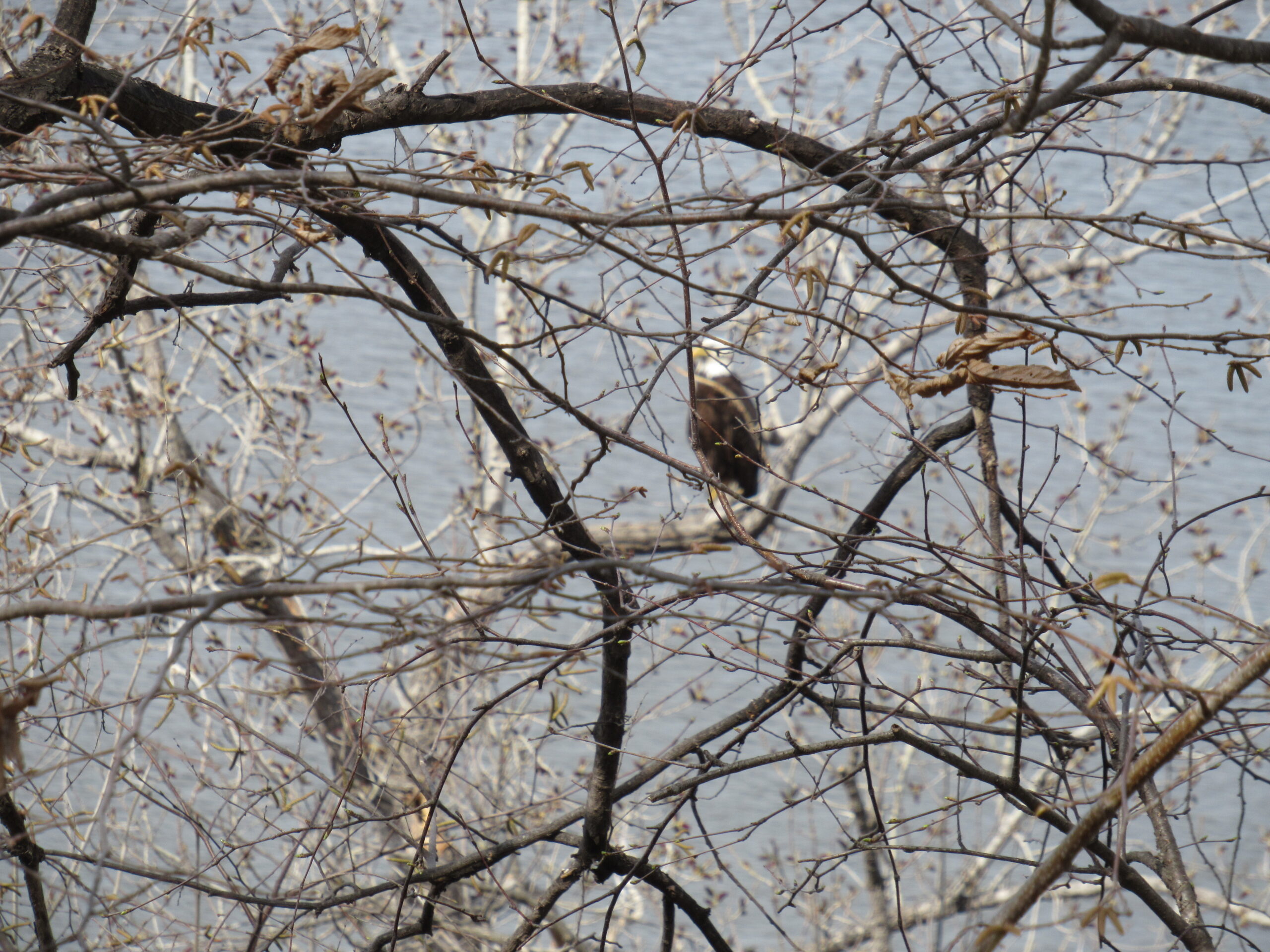