For about 234 years now America, the United States, has been experimenting with citizen management of government.  (It’s called “elections”.). I’ve been alive for about one-third of that time.  We have survived so far.  We are now testing Abraham Lincoln’s concern expressed at Gettysburg in 1863 – whether, or how, our nation will endure.  We’ve become careless.

The battlefield today is the state of Georgia; tomorrow at Congress in Washington D.C.; January. 20, again in Washington….

Last night, while watching the news I scribbled my recollection of Presidencies in my adult life, beginning with the election of 1960.  It is pictured below, and typed in a somewhat neater form in this pdf (click to enlarge): American Presidents since 1940 (any errors are inadvertent, corrections etc are solicited).  In the last 56 years, Republicans have been President for 32 years, Democrats have been President for 24. 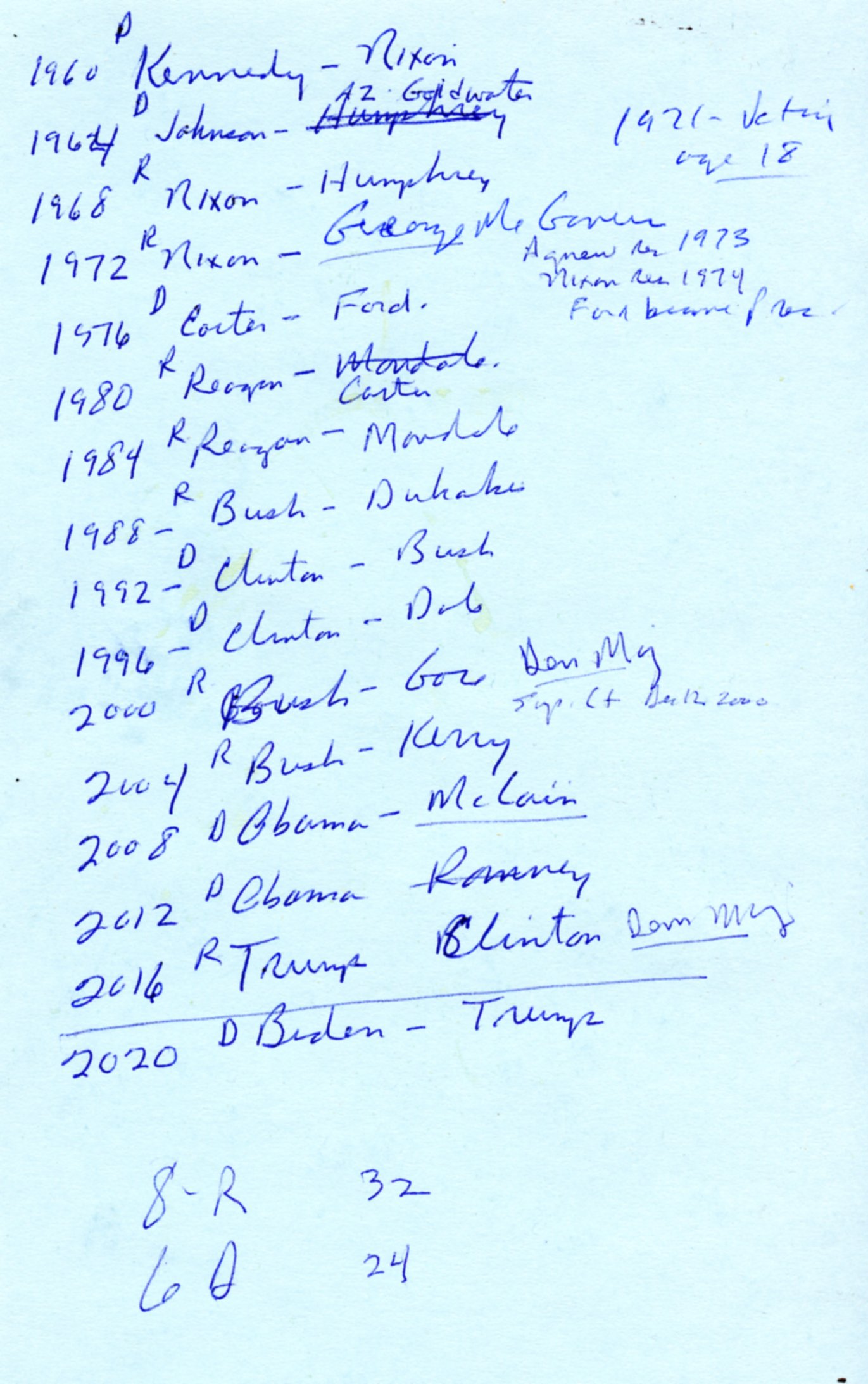 The simple process of scribbling those few words from memory generated many thoughts, probably similar to how Abe Lincoln’s own scribblings caused him to think back to the history of his (and our) own young nation.

All the rest I have to say is my own opinion.  What do you want our future to be?

A great summary of the last three days of our history is once again captured by Just Above Sunset: “Sinking in”, hot off the press, hours ago..

“Armageddon”, the title, is intentional.  I was actually to this place in Israel in January 1996.  It has historical context.

A brief, recent and related post about President Jimmy Carter is here.

I’d really recommend a film and activity my Citizens for Global Solutions group is going to discuss on Jan. 17.  All details here. Scroll down to Featured Events, Third Thursday Global Films.  This is a new activity for us, this is the 4th film.  We plan to continue these virtual gatherings every Third Thursday.  Publicity will always be at the web site noted above.