Sunday Jan 3, on CNN, at 8 p.m. CST, will be a special entitled “Jimmy Carter, Rock and Roll President”.  All details here.

I have admired President Carter from the start – his election as U.S. President in 1976.  My son and I visited Plains GA a few months after his inauguration.

In 1980 I was actively engaged in his reelection campaign, which was effectively harpooned by the U.S. Embassy hostages in Teheran, and the Arab Oil Crisis among other things – his time in office coincided with the beginning of filthy attack politics where the objective was to destroy the opposition by any means.

That’s another very important story for another time.

from Greg: Yes, I agree it was the beginning, with Ronald Reagan saying government is not the answer but it is the problem. Yes, there may have been malfunctioning in the federal and state governments. But Reagan seemed to be advocating doing away with government functions entirely rather than improving them.  Look where we are now in terms of our national attitude toward the governments.

We watched this most interesting program on Sunday night.  I hope it is repeated.

I have several of Jimmy Carter’s books – he became a prolific author.  In addition to the books, I came into possession of two audio tapes which were most interesting, on aging, and the one pictured below, which was four CDs of 4 Sunday school classes of Jimmy Carter at his Baptist Church in Plains GA in January 1998.  In these talks, Carter would fold in current events and his own experiences with biblical texts to an always large audience of visitors to Plains.  They remain available.  Check Amazon or like providers. 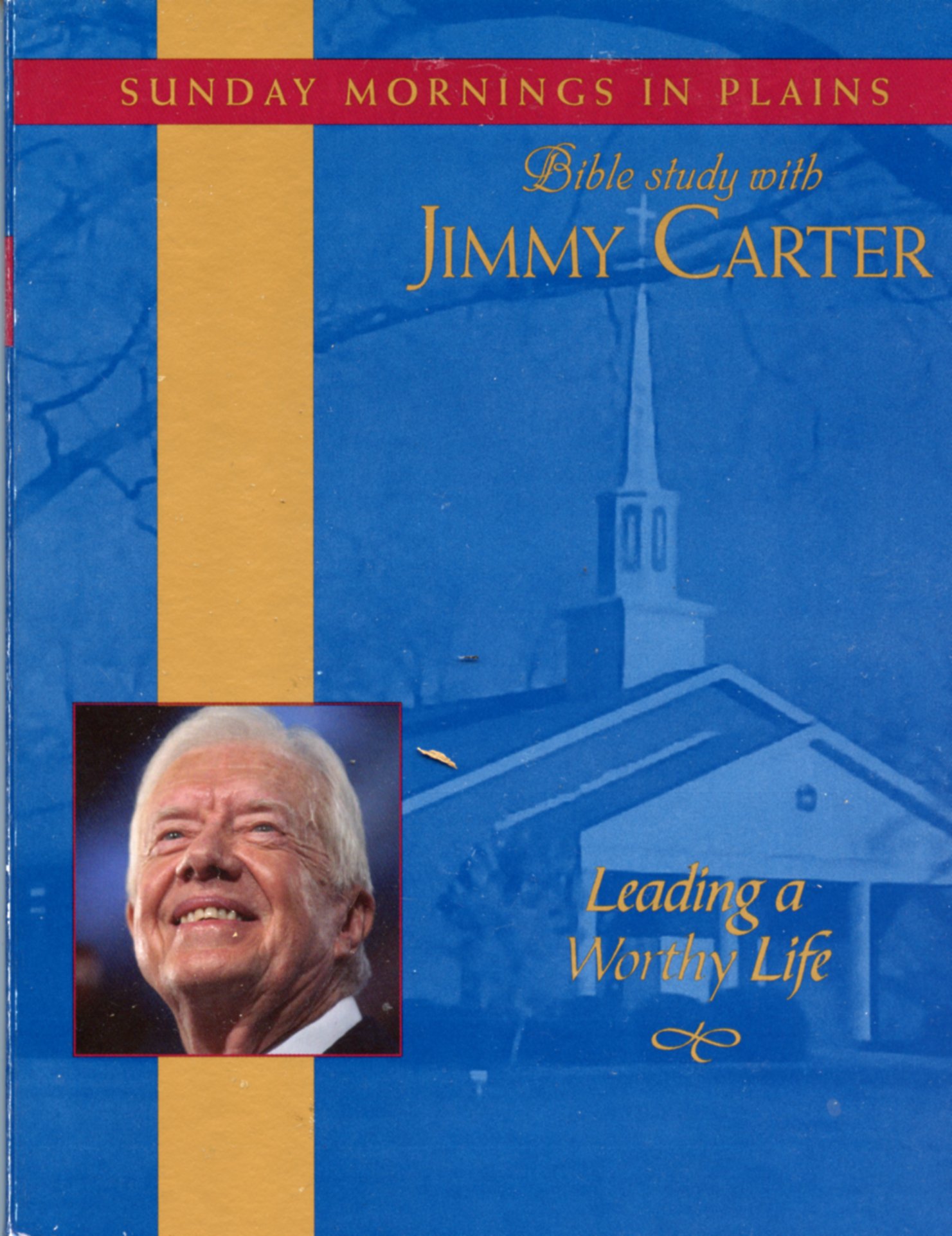