Saturday we were at a family get-together, and grandson Ryan was telling me about seeing the Omnimax film on Apollo 11 at the Science Museum in St. Paul.   Ryan, at the doorstep of 20, was enthusiastic about the film, but didn’t have the historical context, though I had taken he and his friend, Caleb, to Cape Canaveral in 2013, and we had done the full tour.   (They were early teenagers then, and as I told him, they seemed most interested in possible sightings of alligators!)

Apollo 11 did have historical context for me, however, and brought back many memories of that long ago time, when I was 29.  In fact, yesterday I went to see the film (I highly recommend it), and didn’t grasp till a later news report that July 16 was the 50th anniversary of the launch of the rocket that led to the first human footprints on the moon, July 20, 1969.

Of course, there are endless personal memories of this event.  Here are a few snips of my own:

July 20, 1969, we were returning to the Twin Cities from a visit to my parents in Grand Forks ND.  The car radio was on, and we were on U.S. 2, somewhere near Bagley MN, when the eagle (the spacecraft) landed.  I pulled over, and we listened as the spacecraft successfully touched down.

Then we were back on the road again to home (Spring Lake Park MN), and our television brought a far from perfect picture of the events (see below).  I have resisted temptation to enhance my photo – it was as it was, about midnight or so CDT, back then. 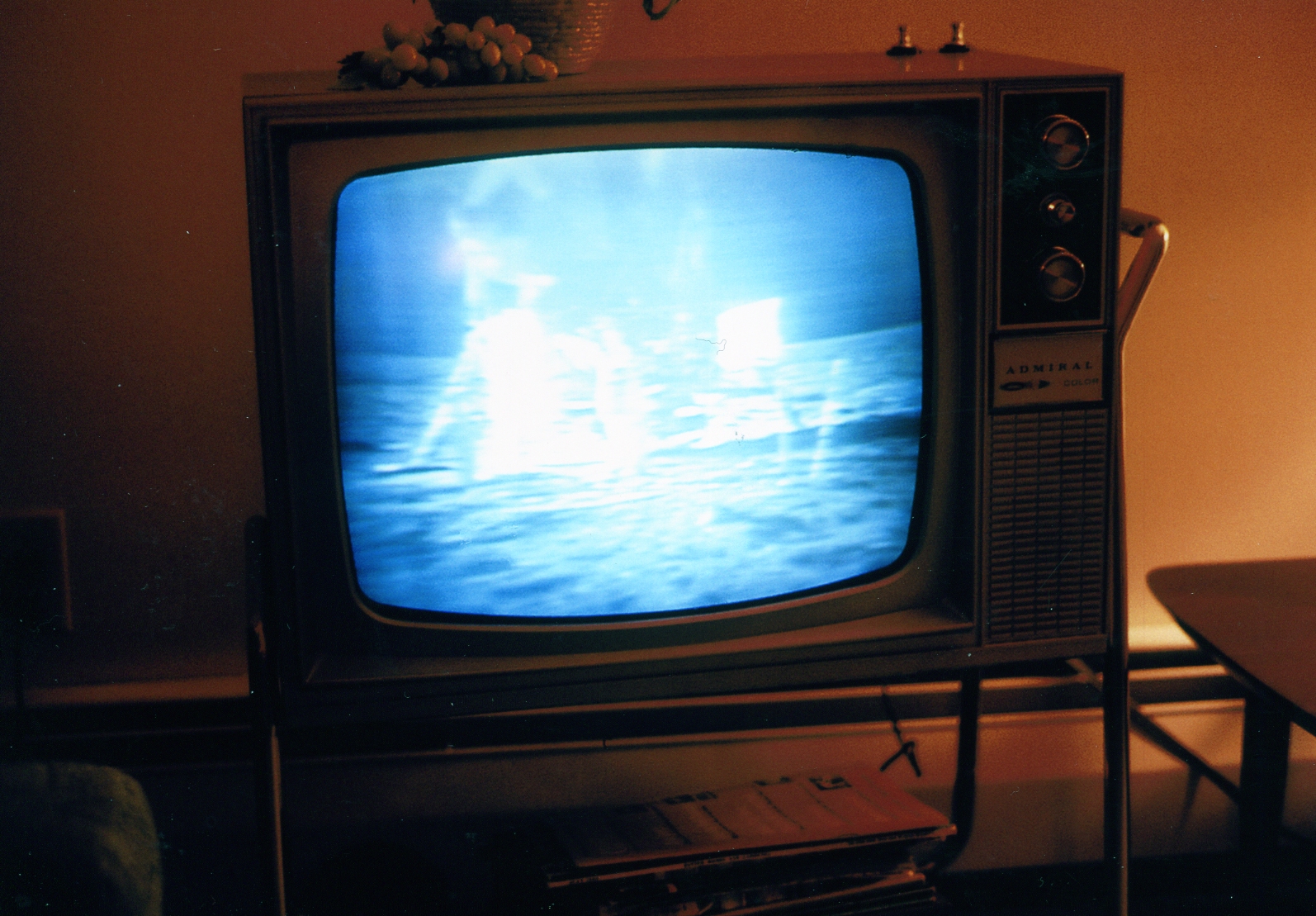 In those years, when we still could have a sense of wonder, and were technologically backward compared to today, such events were awesome.

I was a school teacher then, and had an opportunity to go to a national conference that happened to be in Houston TX in November of 1969.  We had an opportunity to visit the Houston Space Center exhibit about Apollo 11 (photo below).  It was more of a bare  basics operation in Fall 1969 than the later and much fancier operation that I re-visited in 2006.  Of course, it felt much more authentic in 1969, being within a few months of the actual event. 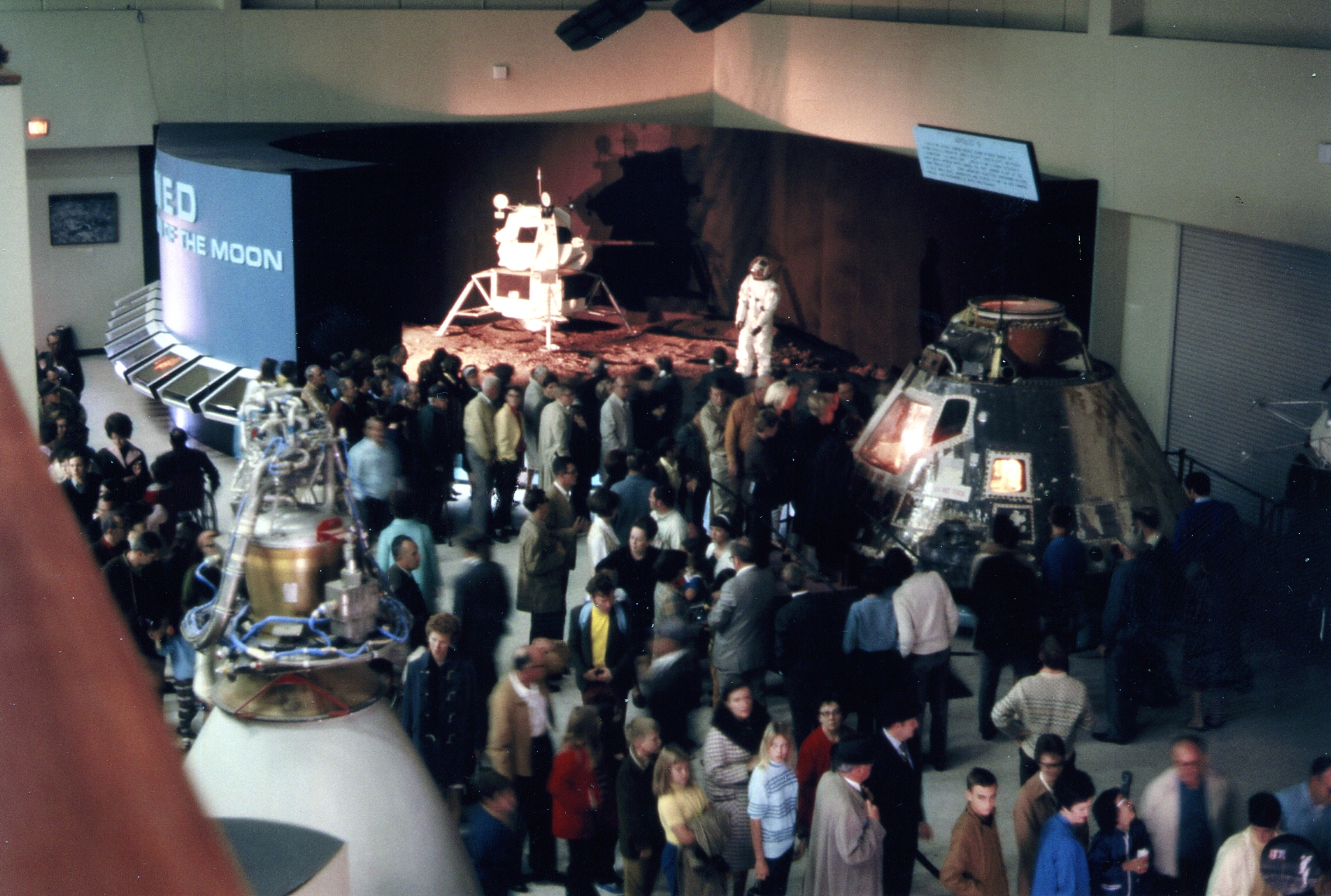 Back home, life went on.  In June of 1970, the national travelling exhibit about Apollo 11 came to the State Capitol in St. Paul, and we stood in line to glimpse things, like a real moon rock!  It was a big deal, and we waited patiently for the opportunity.  I saw one website that collects memories from the 50 state tour, here. It doesn’t have anything about St. Paul, so perhaps my photos can join it.  Oddly, searching for internet links, I found one with something I wrote in 2011 about this same event. 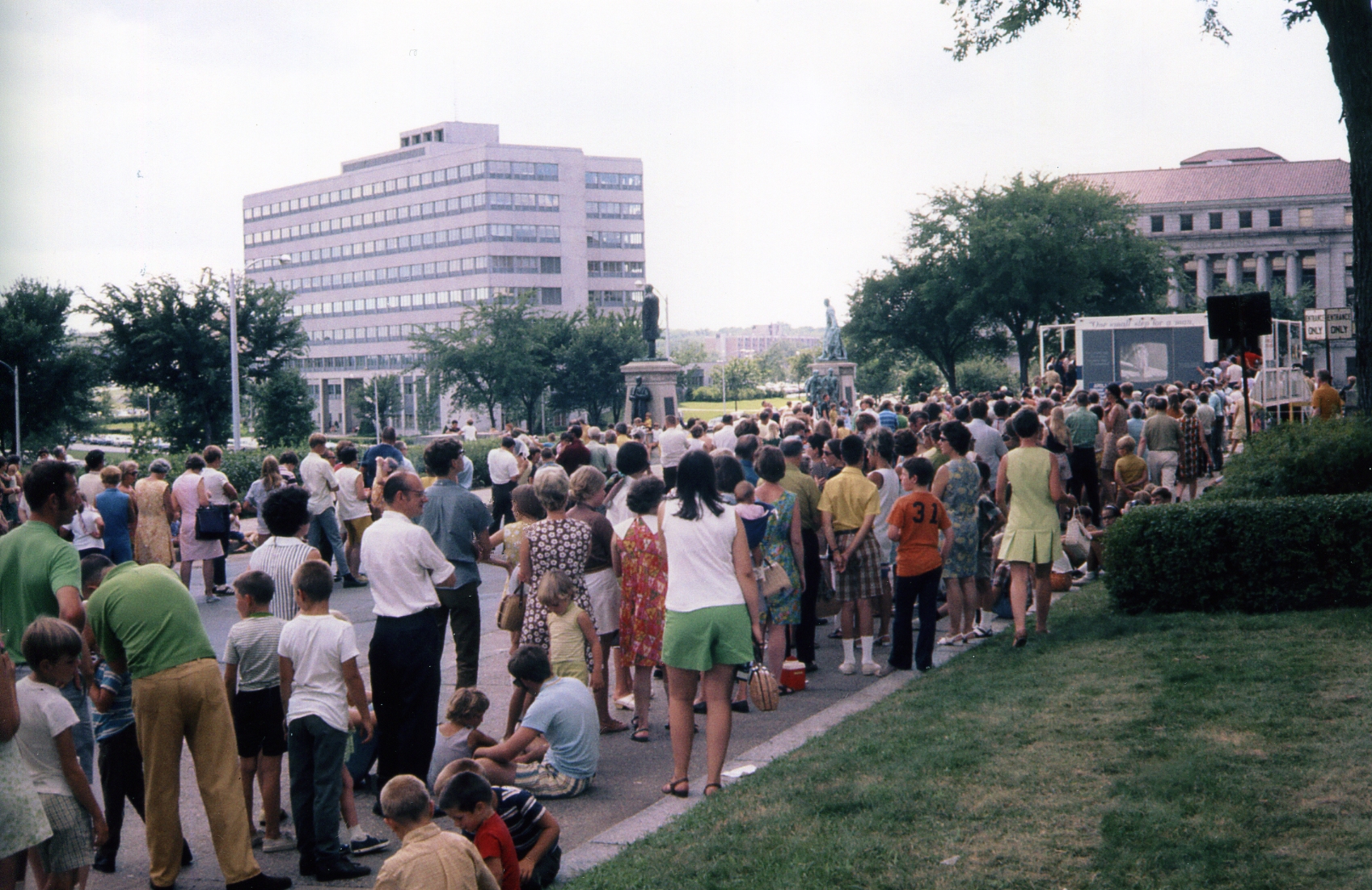 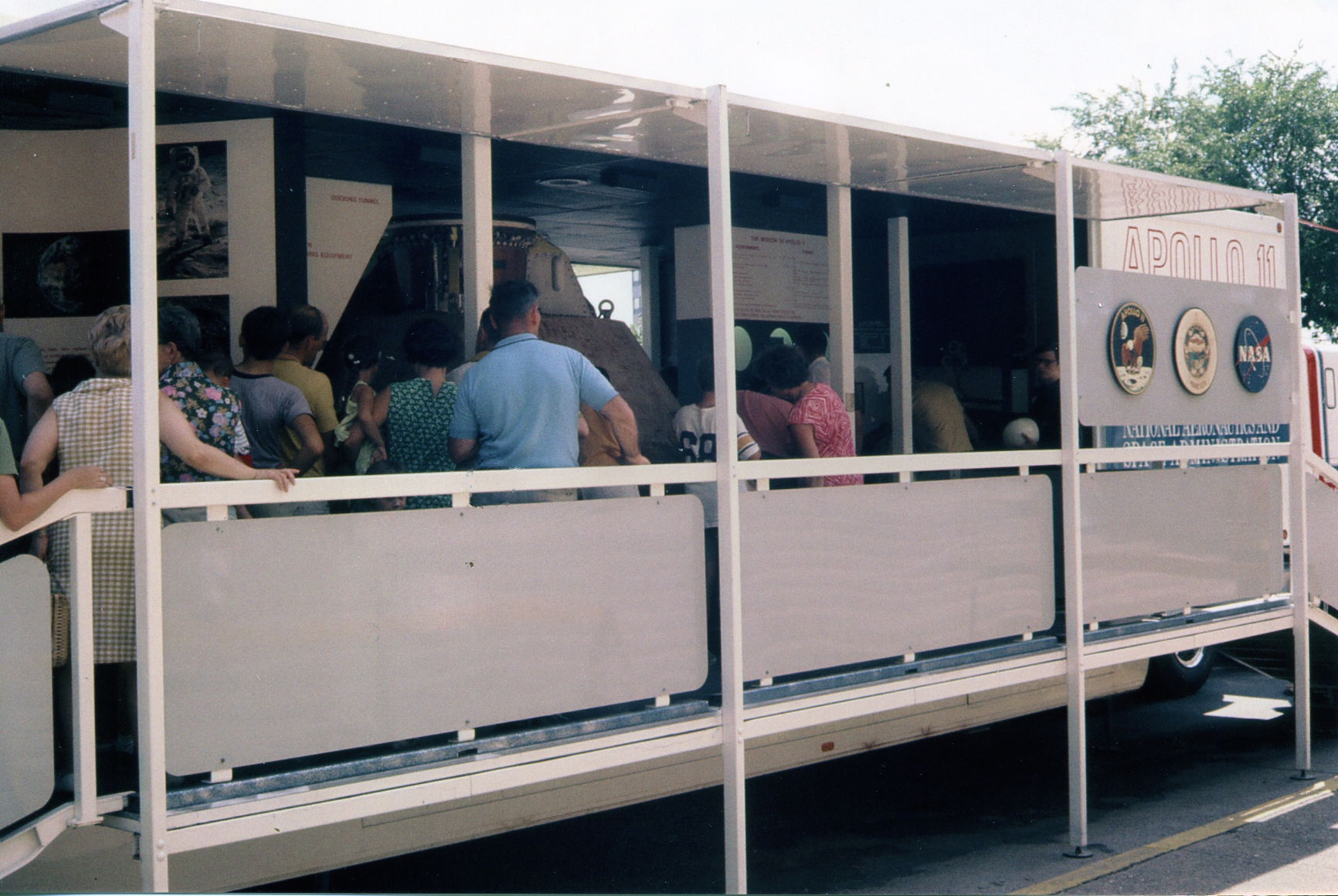 POSTNOTE:  Watching Apollo 11 yesterday, I was struck by the fact that the images were essentially 100% white men.  There may have been a few women, and non-whites, in the visible upper echelons of the operation, but they were mostly not visible.  1969 was a white man’s United States….   And before 1969 as well.

Back home, yesterday, the big news continued to be the Presidents racist comments, which led to a House of Representatives condemnation of what the President had to say a few days ago against four women Congresspeople.

Of course, there will be debate about this, and the impeachment conversations which are intensifying, as I write.

This president relishes a divided country, where the winners control the losers.  The Civil War was our experience with this; World War I was a world experience of a divided world.  History is riddled with examples of how destructive division is.  Everyone loses.

I remember the days of the past very well.  A year before Apollo 11, Martin Luther King and Robert Kennedy were assassinated (Memphis and Los Angeles).  And earlier, John Kennedy who challenged America to get to the moon by the end of the 1960s, died by assassination in Dalles TX.

I am one white man who hopes and prays that we do not revert to these old days before civil and human rights which really struggled into reality in the 1960s and times thereafter.  If there needs to be a battle, bring it on.  Our country will not go back.  We need to work to avoid a repeat of our abundant past mistakes.

Another good commentary from another source today: All Dug In.

from Jermitt: Thanks for sharing your memories of 50 years ago, and tying it into the current situation with Trump and how he continues to throw gasoline on the flames of a divided country.

from Jay: Well-said, Dick. Thanks for awakening my memory of it. I watched the whole thing on TV and I remember it well because it was on my birthday!!

(scroll down for more comments)