It was at almost exactly this same time of day, 2:10 p.m., July 20, 1969, that I pulled to the side of Highway 2 near Bagley MN to listen to the drama of touchdown of Apollo 11 on the moon.  Three days ago, I wrote about that event, and events before and after, here.

The astronauts stay on the moon was brief; four days later came a perfect reentry in the Pacific Ocean; a triumphal gathering on a Navy ship.

There has been a great abundance of media attention to Apollo 11  this past week.  Of the many factoids was one, this morning:  I think it was Neil Armstrong who gave the odds of their successfully landing on the moon July 20 as 50-50.  But they took the risk anyway.  Amazing.  There was no room for any mistake.  Such would have been a  lot more serious than going in the ditch.

In 1970, my friend, Frank, went to Federal Prison for a year, convicted of conspiracy to destroy draft records.  It was the hottest time of the Vietnam War.  He was 26, then, and its impact is still with him 50 years later.  Part of his story can be seen here (second half of the blog).

Depending on what news you choose to listen to, you’ve probably heard about the “send them back” message to the four freshman women in the U.S. Congress this week, all of them U.S. citizens; all young women of color, all but one born in the U.S.A., the fourth, a citizen since teen years.

There’s a lot of debate about “illegals” and “racism”.  We don’t seem very civilized these days.

There’s been another incident in the waters off Iran.  Threats.

Today, at the excellent “Peacestock” for Veterans for Peace at Red Wing MN, Ann Wright summarized today’s international “hot spots”:  Iran, N. Korea, Cuba, Venezuela, and Nicaragua.  These are far more complex than Trump, Pompeo, Bolton et al like to position in their sound bites.  Ann gave part of the backstory for each hot spot, and other current events in this world of which we are becoming less dominant.  She is an expert.

The best advice I can give to all of us is to make a very serious effort to become and stay well informed.  One side of the story doesn’t make for being informed.  I am guessing there were about 150 of us at the Red Wing event, and there was a great deal of active listening.  Col. Wright knows what she is talking about from many years as an American diplomat. 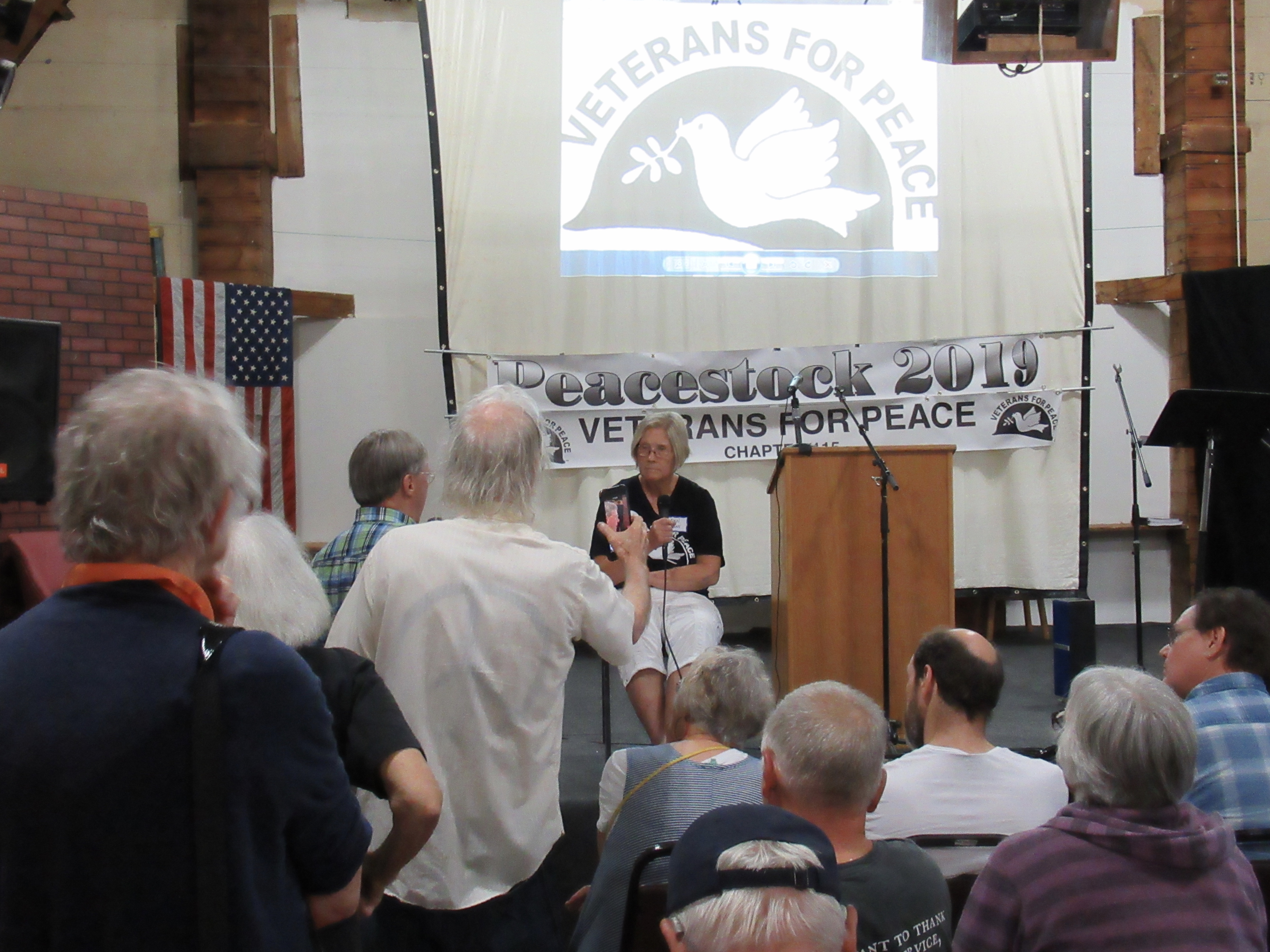 Just before Col Wrights talk, my friend Dr. Michael Knox presented a video on his passion: The U.S. Peace Memorial Foundation.  You can watch his approximately 6 minute video here.  I have been a founding and active member of this Foundation since I first learned of it in 2006.   Check it out.

A couple of days earlier, July 18, I attended an intense and extremely informative talk on the reality of refugees and people seeking asylum.  It was at the Basilica of St. Mary and entitled “When Home Won’t Let You Stay”  (Here is previous post about it.)  James A. Bowey kept our full attention for near two hours of highly informed commentary, with brief highly personal stories of refugees.  If you ever have the opportunity to hear, or have, Bowey speak, take it.  Check out the links.

Bowey made reference to United Nations data, which is worth accessing and reviewing.  Link is here.  There are powerful photos, with accompanying very brief text at his aforementioned site.

At this point in time, according to the UN, there are almost 26 million refugees in the world; in a relative sense, the United States today, accepts almost no one – less than 30,000 per year – which does not even touch the long range problem.  Some estimate that by 2050 there will be 250,000,000 refugees in the world, much climate related.  The U.S. population today is about 330,000,000.)  This is not sustainable. 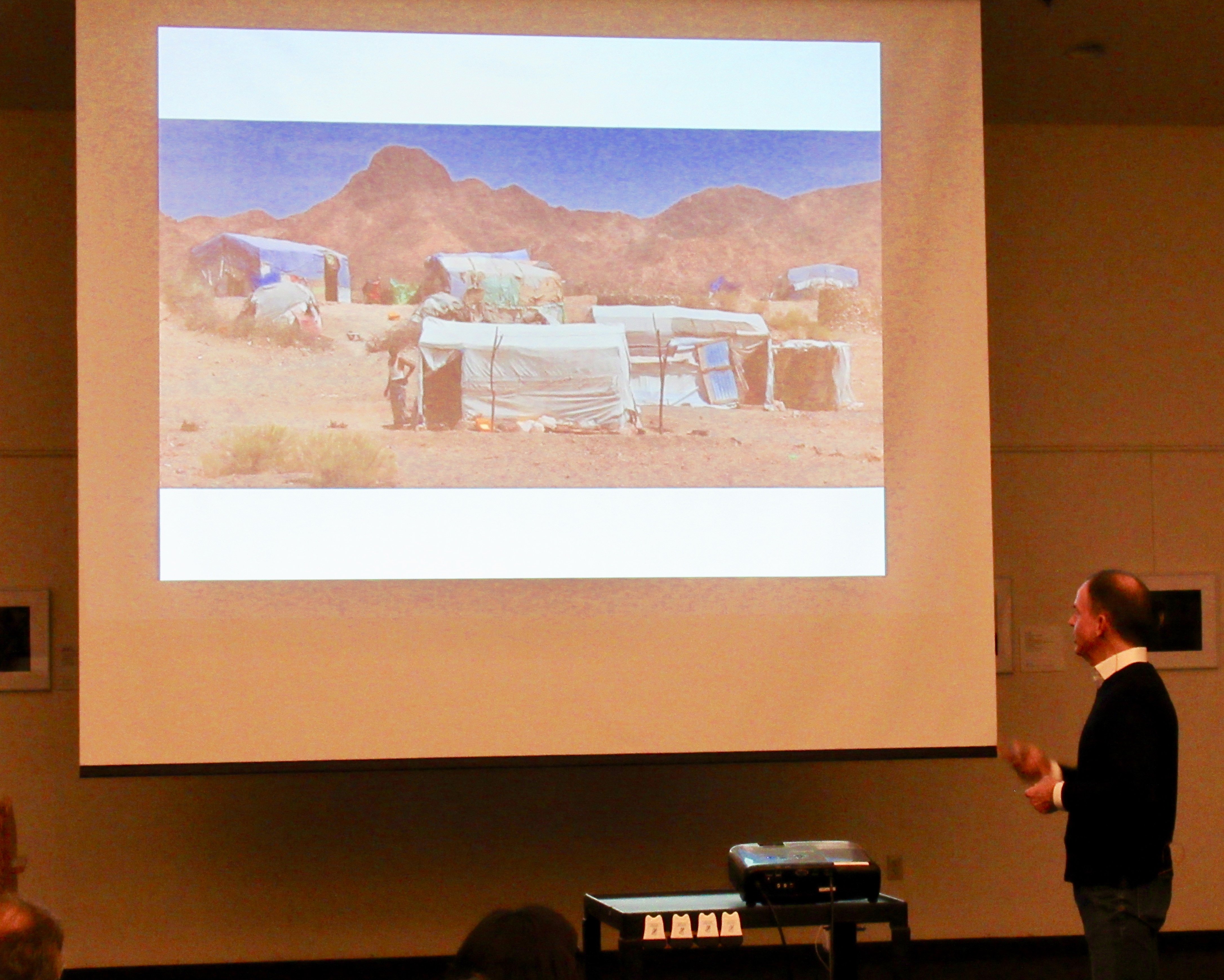 We are in a time of tribalism in this country, and it is not healthy for anyone, regardless of ‘side’.  We have to figure this out, how to dialogue and learn from each other, as we have to figure out another reality: by trying to fence others out, we are fencing ourselves into our own self-imposed prison….  We are a nation of good people, but there is a raw and very mean undercurrent infesting us at the present time.