Sunday, MN Sen. Amy Klobuchar made her first comments as one of the candidates for the President in 2020.  You can listen to her speech or read numerous commentaries about her candidacy here.

I don’t recall ever actually meeting Amy Klobuchar in person, but she has always impressed me as a leader who makes a difference.  If you know nothing about her, a good introduction is the Wikipedia entry about her.  As is usual for major candidates, she too has written a book, “The Senator Next Door” published 2015.  I have not read it, but plan to do so. 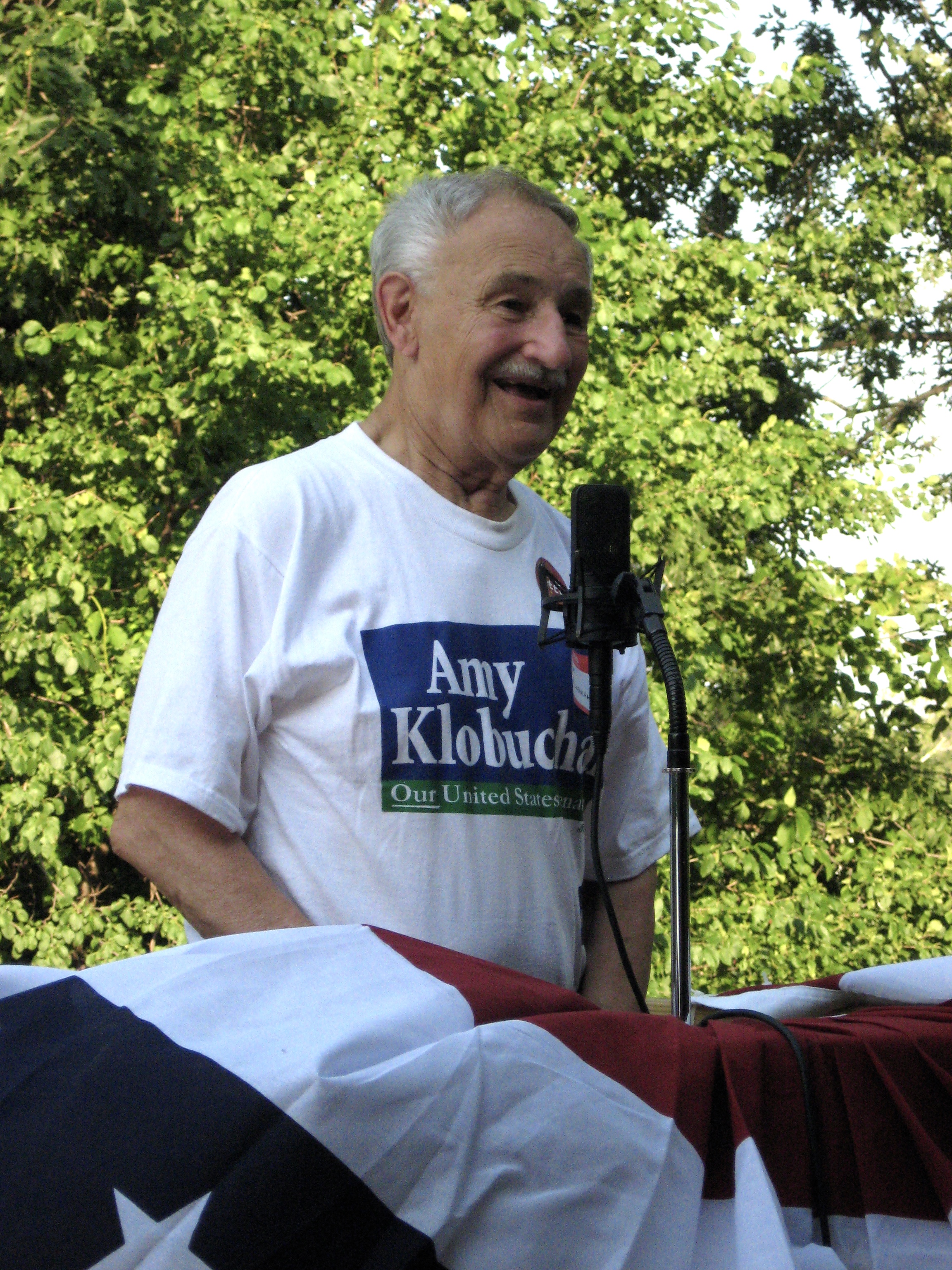 Jim Klobuchar June 16, 2012, Amy Klobuchars Dad, at my DFL Senate District Picnic at Tartan Park Lake Elmo, where he was speaker.  His daughter was running for her second term. (Photo Dick Bernard)

For Minnesotans, the name “Klobuchar” has been a familiar one for many years.  Amy’s Dad, Jim,  was long prominent as a columnist for the Minneapolis Star Tribune; and the larger family story has long been well known and public, and will doubtless be resurfaced.

We all have our stories….

I did get to know Jim Klobuchar, in the 2000s, and in fact was in the same group of people with him when his daughter announced her first run for U.S. Senate.  (She is in her third term.)

I personally have always been very impressed with Amy Klobuchar.  She comes across as knowing the ropes of policy and politics and relationships.  Her relatively easy electoral wins were no quirks.  Her life story has not always been easy.

The business of running for national office is a brutal one.

When Amy Klobuchar made the decision to give it a go on the national stage, she doubtless had carefully considered all of the implications of a national political campaign.

As one who has known of her work since 2007 (when her first term in the U.S. Senate began), I have zero reservations about supporting her candidacy.  To paraphrase a kudo I recently heard about another unlikely political success [see postnote] in a neighboring state – my home state of North Dakota – a key aspect of Amy Klobuchar’s charisma may well be her competence.

Learning about Amy Klobuchar requires more than a tweet or two.  Take the time to learn more about her, her background and her potential as the first woman President in American History. 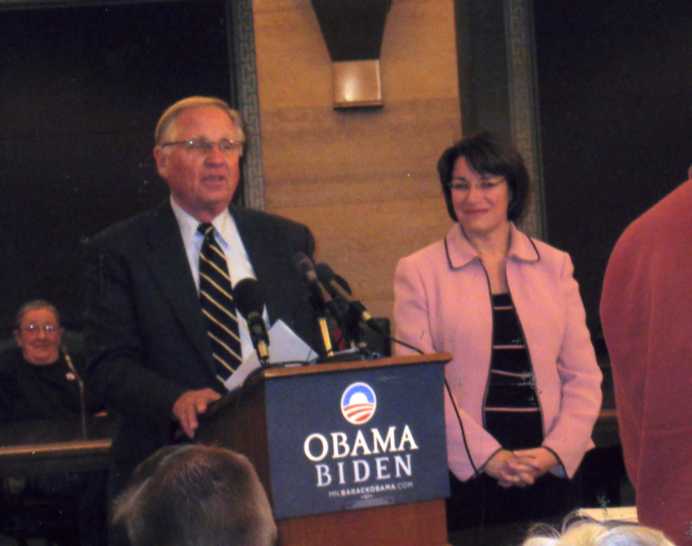 POSTNOTE: North Dakota now seems to be a deep red Republican state.  But for a dozen years, from 1961-73, the Governor of North Dakota, William Guy, was a Democrat, standing for and winning reelection several times.  He was not a flashy fellow, but he could be counted on to represent the people of his state well.  And indeed, among many other compliments, “charisma of competence” stuck.  I would consider Amy to fit Gov. Guy’s model.  (You can view the entire 50+ minute video tribute to Gov. William Guy here.  It is very interesting, whether or not you have ties to North Dakota.  Videographer David Swenson, Makoche Studios, who made the Guy video with Clay Jenkinson, has made a number of other videos of a North Dakota theme.  These can be accessed here.   Special thanks for David for his work, and the headsup on the other videos.)

from a long-time friend on the west coast:  I and my sister were just talking about Amy.  I was telling her that I would like to see Joe Biden enter the race with an announcement stating that he was running for just one term to help get the nation back on the right track, and then select Amy as his running mate with the notion that she would be in a good position to win in 2024.  As well as women have done in 2018, I still hear my women friends being catty about voting for a women, so I keep thinking that the move from VP to the presidency would be an easier move.

from Bill: I’m with you, Dick. She may be considered in some quarters as too moderate, however, as you and I know, that may not be a bad thing.

from Jane: Thanks Dick. I have met Amy. What you see is what you get. She’s the real thing. She’s got that no nonsense approach typical of lawyers.

from Jerry: Dick, thanks for your endorsement of Amy Klobuchar.  I am also an advocate of Amy’s.  I promised her Dad I would  vote for her when she first ran for the senate and have always approved of  her work.

Before the “State of the Union” The Wall, etc.
Scroll to top