Today is the first day of the Minnesota State Fair.  It’s a drizzly day, and I suppose the first regular State Fair in the wake of the Covid-19 pandemic.  Soon to follow will be the first day of SchooI.  For local teachers this is next Monday; for students the day after Labor Day.  And, of course, many  other school personnel as well plan for the beginning: bus drivers, custodians, school secretaries,  food service, on and on.  I am told that the staff for this district of about 18,000 students is nearly 3,000.

These have not been easy times for school people, if there has ever been such a thing as ‘an easy time’.  Every year school staff and kids are nervous the night before the first day of back to school. A new year means new students; new teachers; new relationships; new challenges.

My entire life has been in public education: as son, teacher, parent and grandparent.  Public Education is very familiar to me.

Some years ago I wrote a little essay trying to define the communities that make up school.  It’s only a page and a half, and you can read it here (click on the link in the second paragraph).

The key word in the preceding section is “public”, and as this year starts I want to reflect on that.

Succinctly, over the over 60 years of my own career, ‘public education’ has increasingly become a battleground for ideology; and in many ways a troubling new arena for conflict.

I had an unexpected reminder of past troubles going through personal stuff recently.

Nov. 10, 1998, I wrote my Uncle and Aunt in North Dakota about an October 9-11, 1998, visit to the ancestral relatives and farm in western Germany, very near the Netherlands.

It was a standard letter, but it had an additional dimension, since I was visiting kin – Germans in Germany – in a place where the ancestors had lived for hundreds of years, including WWII.

This is what I said 24 years ago: “We don’t talk a lot about WWII, except to learn that WWII, the why’s etc., is still talked about by the common German citizen.  Even people my age – including my hosts – were very young when the war ended.  I wonder about how we in the U.S. would be if our country was taken over by a Hitler-type.  Probably we’d be no different than the Germans in the 1930s and 40s….”

Hitler and the Nazis envisioned a 1,000 year Reich.  They got about 10 years.  They could not see their ignominious end.  Lust for power has a way of overrunning common sense.  As I write, we have our current pretenders to authoritarian rule at all levels in all states.  Will we ever learn? 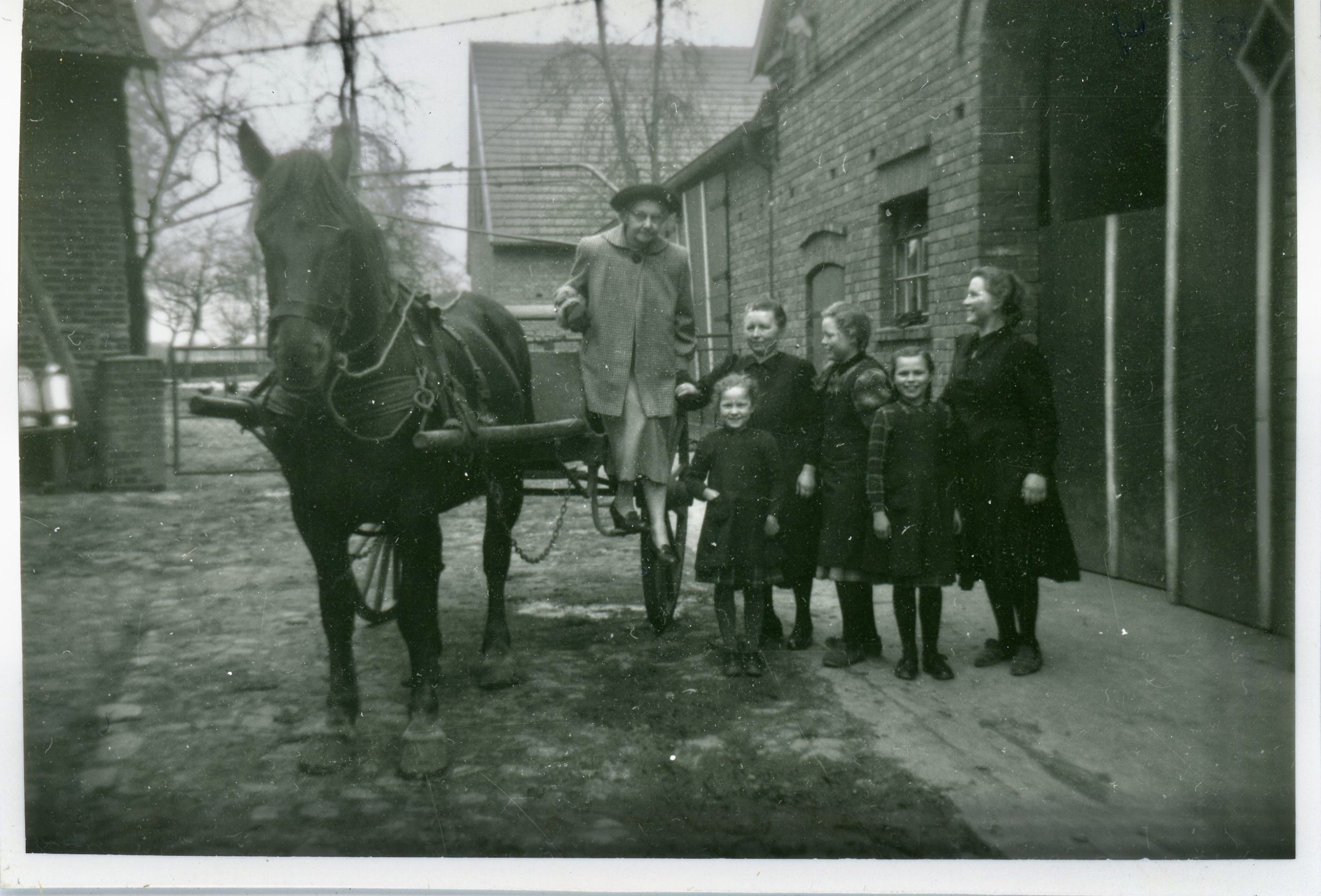 Welcoming a guest, Germany, 1954, recovery from WWII took a long time for the German people.  We tend to forget that.

As I reflected on my old letter, I thought back to the late 1980s and early 90s when a battle was declared over what kind of things children would be allowed to learn in our schools.  The phrase “values and choices” might have meaning to some.  It was controversial then, but righteous religious zealots were determined to control what kids could be exposed to.

Most recently, there is the aggressive battle for the control of freedom of speech and expression in schools.  Things like what can be taught or said in curriculum or in other forums are public matters.  The Primary Election positioning by the current Governor of Florida comes most dramatically to mind, but similar actions are coming up everywhere.  Contemporary American politics is War.

“Bullying” has always been a concern of schools.  Its incidence probably never changes – a small percent are bullies – but the sophistication now is much more a problem, as is role modeling by adults and leaders.  “Children learn what they live” is a truism.

With current technology bullying is much more brutal now than in the ‘sticks and stones’ days.  A victim is within reach, publicly, universally, 24-7.

Yesterday, August 24, was the school board meeting in Uvalde TX where the school district Police Chief was fired for alleged mishandling the earlier carnage at the elementary school.  There seems, always, the need to sacrifice someone in such situations – whose fault was it?

I also note, however, that never has the legally acquired military weapon responsible for the deaths of the children and teachers mentioned.  The Gun is the sacred exception; the solution proposed is more Guns…the result more carnage, where and when is the only thing we don’t know.

June 13, 2022, in my post titled Leadership, I had this segment which, I am certain, directly related to Uvalde:

Nonetheless, it was jarring to see a parking lot full of police vehicles and policeman in SWAT gear, and one of those immense combat vehicles.   No, it was no school incident – school is out for the summer.  But it was obvious that these folks were there for area police training, and the choice of place was not random – it was a school.

I drove by there twice more.  There was no good vantage point for a photo; it was raining and I wouldn’t have parked and walk in anyway.  But visualize your own neighborhood school and something similar going on.  It’s come to this in this country: School is a risky place.”

The School Police Chief in Uvalde was fired.  What is solved there, or anywhere else?

Recently, a good friend, Molly, more or less my age, wrote about her own education to her own list: “This article [linked here] is about American education K-12, and about the growing
movements towards censorship of content, and of elimination of “how to” methods like teaching critical thinking skills.

The article—be warned–is a bit long—ie, needs a better edit job—but is an important, well-documented one (has a ton of references), & I think is worth it.

It [the article] scares the socks off of me. That’s partly because I was very very lucky, back in the Stone Age, to have a 2-year English class in high school that very deliberately taught critical thinking skills in our reading & writing…

It  has  been more and more evident to me that these skills are increasingly lacking in US society, but I did not realize that they are being consciously omitted/suppressed  in some educational systems… [emphasis added]

Sigh, and Blessings of the day,”

One final story: months ago, possibly even last summer, a good friend of mine introduced me to a friend of his, someone I’d never met.  The friend knew a bit about my background, because almost immediately caught me blind-sided: “what do you think about non-traditional school” or some such.

I did have an opinion, and I probably also caught him unawares. My teaching years were with junior high kids over 50 years ago; my daughters school of about 1,000 students is a middle school – same general age range.  As I recall, I said something to the effect that “school” is as much about building social skills – getting along with people you don’t necessarily like or agree with.  Parents cannot insulate kids from life – sooner or later everyone is on their own.  It doesn’t hurt to have had some practice in relationships with others.  We all learn through experience.

The three of us parted cordially.  I think they tended to agree with me: school is a primary place to learn to be part of a society larger than oneself.

Have a great year.  School, writ large, will do its best even in the most difficult of times.  No, it’s not perfect.  Tell me, who or what is?  Nobody.  Nothing.  I know that, from life.

The ball is in each of our courts.  Here’s something Gandhi had to say about that.