Friday morning I went for my usual walk.  It had rained a short time before, and was still overcast, a bit cool.

I saw five deer today, an unusual occurrence.  They were young.  The first three a little older, the last two definitely fawns, not all that worldy wise, though one of them knew the guy in the red t-shirt was not to be trusted; especially holding something pointed in the deers direction.  Not so the other one, who casually posed for a few seconds, before the partner convinced the other deer to flee. 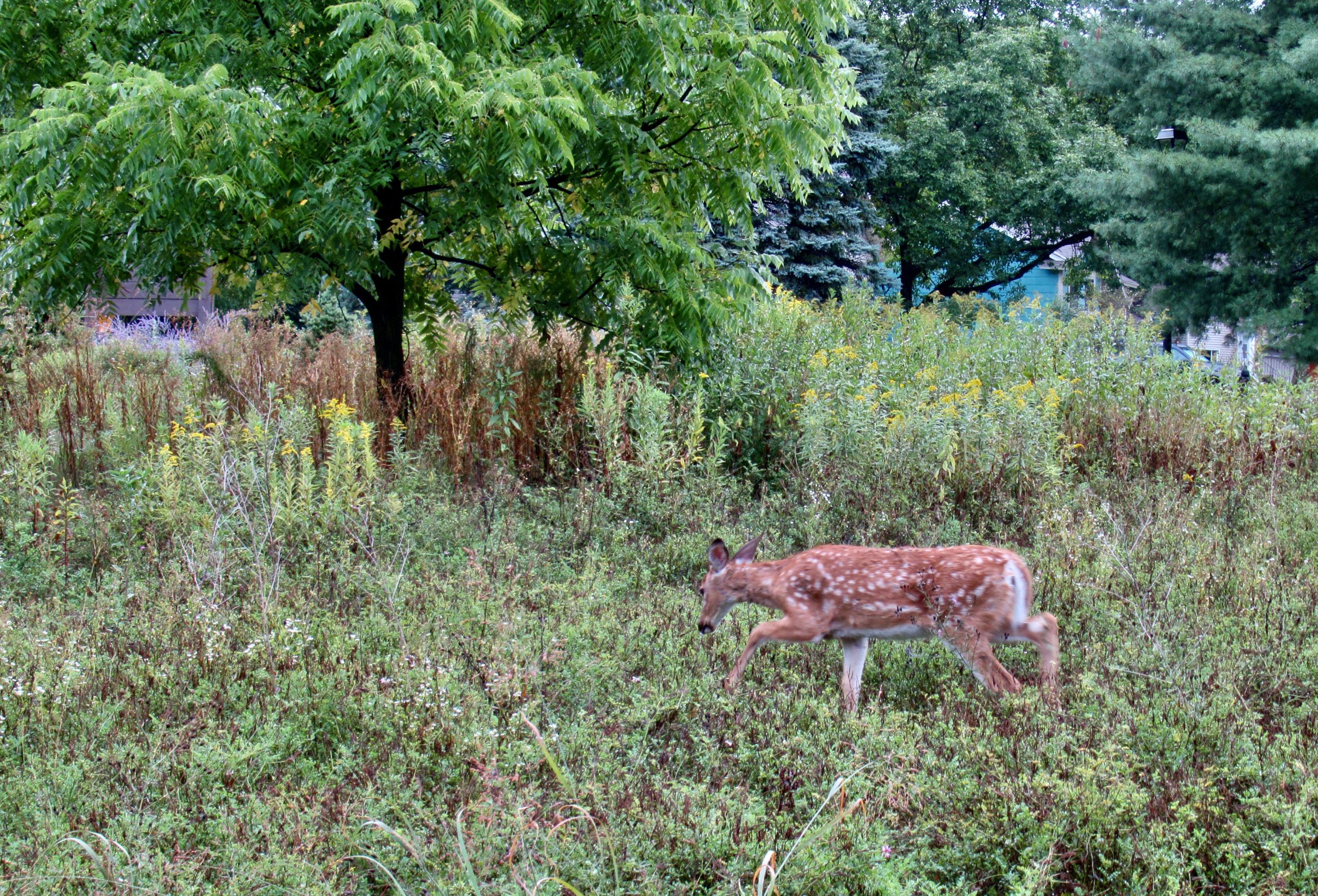 Earlier in the walk,  I heard what was very obviously a light airplane circling in the area above me.  This was even more unusual than the deer.  I never did actually see a plane, but it made several circuits, doing whatever it was doing.  I wondered what it was about.  It was up there 10 minutes or more.  Odd.

I didn’t/don’t know what to think.  Normally, I wouldn’t think about it at all, but we are entering an extremely dangerous time in the history of our country, election season 2020.

All of the election times in the past have had common threads.  Each has had their oddities, but basically my memories would be the same as everyone else’s: parades, lit, public appearances by candidates, etc.

This one will be very different.  Ironically, at the very moment I’m writing this – Friday 9:40 a.m. CDT – came an election solicitation in support of Joe Biden from John Kerry, former Secretary of State and then-U.S. Senator and candidate for President in 2004, whose t-shirt from 2004 I was wearing on my walk and in whose campaign I was active.

Part of Kerry’s message said this:

“None of the world’s most challenging issues can be solved by one country alone — not nuclear weapons, not China, and certainly not global climate change. Even the most powerful nation needs some friends on this planet. Vice President Joe Biden and President Barack Obama understood that and left office with a growing economy, preparations for a pandemic, and alliances that worked to advance America’s interests. Trump inherited all of that, and he squandered it.

We need a leader capable of fixing our broken economy, addressing the natural disasters that will only worsen with climate change, and facing COVID-19 head-on. I know Joe as a person and a public servant — from our years in the Senate to our years in the Situation Room, Richard, I know he’s more than up for the immensity of the job.”

If you’ve read this far, you know from numerous other sources the stakes of 2020 election at all levels.

We are at a very dangerous time.  Get on the court, and more than simply voting.

When I got home I learned that Mike Pence was coming to Minnesota today.  I will predict that “law and order” will be part of his remarks, wherever he surfaces…there has been another series of incidents in Minneapolis – succinctly, someone killed someone, and then killed himself and social media blamed the police and off we go again.  The definitive story is still being written, but the blame in this case might be misplaced.

I am reminded of the infamous tactic which has been used for years.  The fancy name is ‘agents provocateurs‘ – troublemakers covertly inserted  to discredit the legitimate demonstrators and create chaos.  They are hard to target, almost impossible in these days of masks and social media, but the possibility that the unrest fanned by these folks is not to be dismissed, in these days of white nationalists and incitement of racial grievance.

Who sets the fires, breaks the windows, even the looters, is not always at whom the finger is pointed.

Within the last two hours I was at my coffee shop and an older couple was sitting at an outdoor table.  The woman was looking at her iPhone at what obviously was some forward whose topic was Black Lives Matter variations.  She was commenting to her husband about it, in a disapproving way.  They were both older white folks.  This is the kind of stuff that whirs around, and will increase in frequency in the next weeks before the election.

Caveat emptor – let the buyer beware – the veracity of information.

There are endless topics to be covered such as the Christian issue; the Post Office, etc.  More later.