Our society likes to remember anniversaries.  A 52nd anniversary is something rather odd.  July 20, 2021, seems to have been an exception: the occasion was the launch of Jeff Bezos, the world’s richest man, and three others, in a few minute joy ride to the very edge of space.  It occupied a small amount of time, but was riveting.  A sort of latter day Kittyhawk flight.

The initial narrative has been, that this was a billionaires plaything.  If you’re the richest person on earth, why not?  The space race was a province of government – something to be very proud of – and now private business is taking it over.

There were a couple of breaks in the clouds between fantasy and the real world.

At the conclusion of today’s program from Texas, Jeff Bezos announced a $100 million dollar award to a man well known to progressives: Van Jones.  And the rhetoric was the kind we like to hear about saving the earth.  We will learn what this means going forward.  Count me among the hopeful.  (He also awarded another $100 million to chef Jose Andres.  This is talked about in the same article linked above.)

The announcement seems to have been something of a surprise, and elicited some discussion on line.

We saw Van Jones some years ago when he was largely unknown.  It was June 8, 2008, in Minneapolis, when Barack Obama was just becoming well known and some months before the 2008 election. 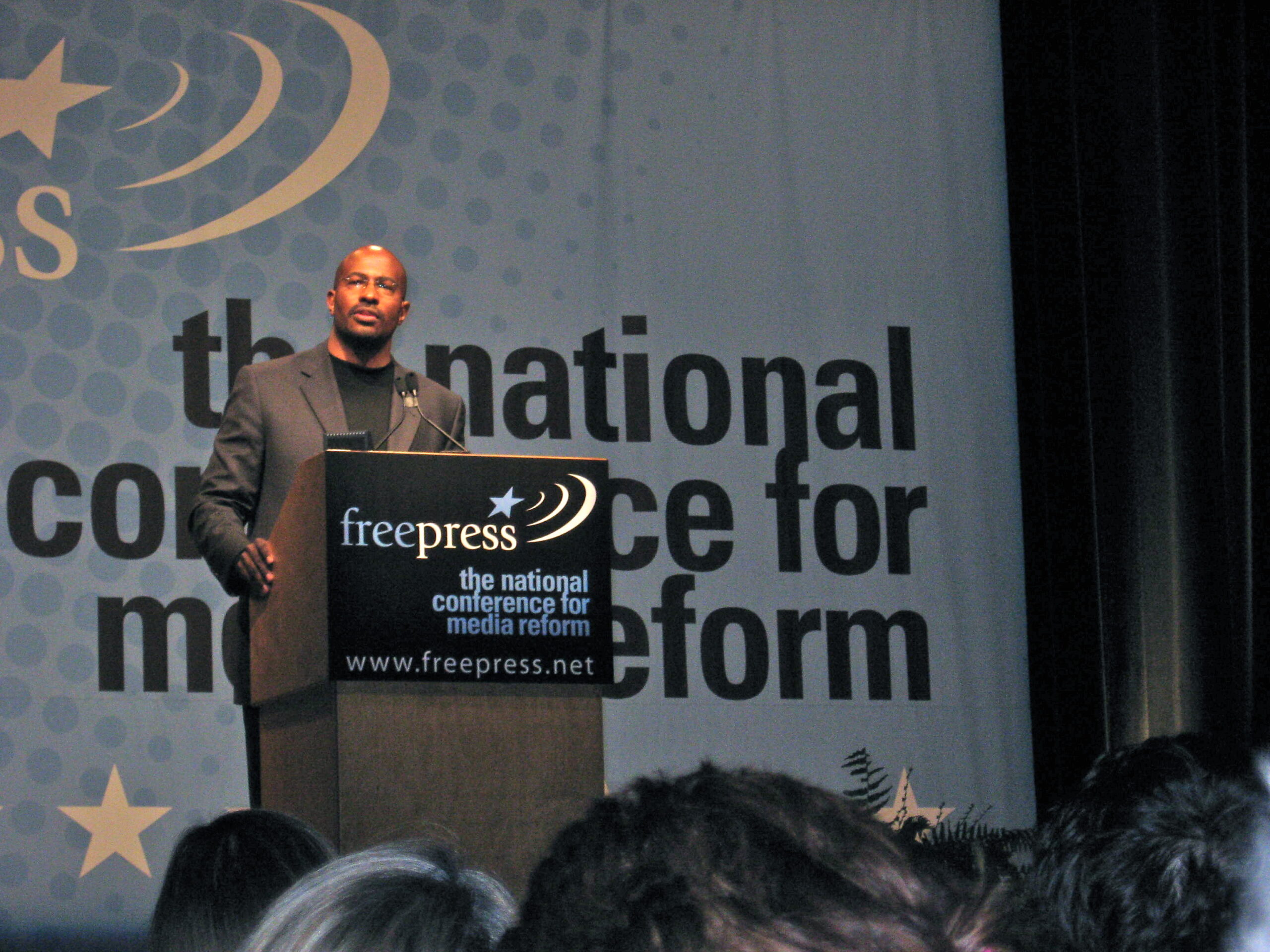 His was a very stimulating talk.  Fast forward, he was appointed into the Obama presidency, but didn’t last long.  I felt he had and has an excellent message, and he certainly was identified by both Obama and by Bezos as a leader.

Interestingly the day previous to the flight MSNBC’s Ari Melber had a long interview with Neil DeGrasse Tyson, on the general topic of wealthy people and things like the poverty and expensive job rides to near space.  The discussion was thought provoking and is accessible here (about 9 minutes).  Tyson gives some things to think about.

Economically and otherwise, I can’t grasp how I’d use a million dollars or anything close to it.  For Bezos $200 million is more like petty cash than a lot of money.

On the other hand, the gifts were, in my seeing, extremely significant and unexpected gifts to deserving recipients, to be used as Jose Andres and Van Jones decide.  $100 million is a bit better to launch something, that passing the hat for a spare buck here or there!

My guess is that the two men with progressive values will allocate the money wisely and for the greater good.  It will be interesting to watch.