NOTE: This series began on February 17, 2011, and at the beginning I had no plans to continue it to its current extent. I can envision at least one more post before I conclude this thread. Please check back.
When I was a kid in North Dakota, winter offered new and different opportunities for play.
One of these occurred when a snowplow (or a blizzard) created a neat and brand new snow hill.
The town gang of kids would gather and vie to see who could get to the top of the hill and stay there longest.
It was always a futile exercise. Somebody would reach the top and the rest would be out to throw him off his perch. In the end there might be a succession of temporary winners, all destined to lose.
That’s the metaphor which comes to mind with the temporary ascendancy of the Tea Party mentality in Washington and in many state houses. “We won, and we’ll do what we want.” Of course, this is a fool’s declaration.
Winner’s can easily set themselves up to lose the next round. Gov Scott Walker and the Wisconsin Republicans, with the active support of the very rich, have seized the hill but now have to contend with the vexatious task of staying on top. Already there are some things they didn’t anticipate; and there are other things ahead that they likely weren’t expecting either.
Staying on top of the hill permanently is impossible.
While generalizations are always dangerous, I’ve noted that the political conversation in this country very much follows what I’d call the lawyer and litigation model. I respect the profession of law. But the system is set up for one party to win, and the other to lose. Law is an adversary system. Yes, negotiating differences might be tried, but legal bargaining is basically a game of secrets.
Some enlightened lawyers – still a tiny percentage of the whole – have established an entirely new branch of law which leads for open and honest adjudication of differences of even the most contentious divorces. But the general political rule at this moment in our history is not resolution. It is what we see in Wisconsin and other places. One party considers itself to have “won”, and is wasting no time to do all the winning that it can. Given our immense and complex society, sooner or later it will lose, and perhaps lose more convincingly than it won in the first place. Then the abuse cycle begins anew as the battered minority seeks to get revenge.
Abraham Lincoln so famously said at another time and in another situation: “a house divided against itself cannot stand.”
That speech, June 16, 1858, was prophetic.
There needs to be a national conversation, in millions of bits and pieces. In times like this, however, national conversations seem wimpy and useless, as they doubtless did when the clouds of Civil War faced the U.S. in Lincoln’s day.
I opt to try.
A place to begin thinking about this business of rational conversation is a new book, “The Art of Convening” by Craig and Patricia Neal and Cynthia Wold.
The book is newly published. Check it out, read it, and try out its principles in your own settings. The Minneapolis’ group website is http://heartlandcircle.com.
In the situation we are in, the only solution is for us to be “on the court”, and not in the stands as, simply, “spectators”. By chance, researching this piece, I came across a quote that seems to fit our current national disruption and divide: “technique without compassion is a menace. Compassion without technique is a mess. Karl Llewellyn.” Seems to sum it up for me…. 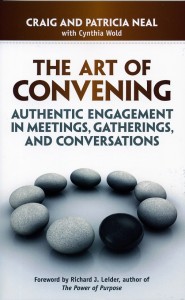 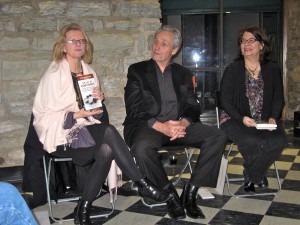