Last evening at the conclusion of a meeting, the suggestion was made to meet at a popular suburban St. Paul tavern across the street.  It was about 6 p.m., and it seemed a good idea.  Only three of us went.

The place was packed, ordinary people like ourselves.  No one was masked – that’s not out of compliance now.  But it still made me nervous, and I stayed around only a short time, and went home.

While we waited for the third in our party, I asked a colleague, “have you had the vaccination?”  “No”.  “What vaccine did you get?”, he asked.  “Pfizer – the two shots”.  I don’t think either of us were wanting to dive into the weeds on going deeper into this conversation.  So I don’t know why he hasn’t been vaccinated.  Certainly, it’s not because it’s unaccessible to him by now.  Minnesota has a pretty solid record of implementation, I think.  I got my shots on February 4 and 25.  I was a bit more tired than usual the day after the second shot, but that was about it. 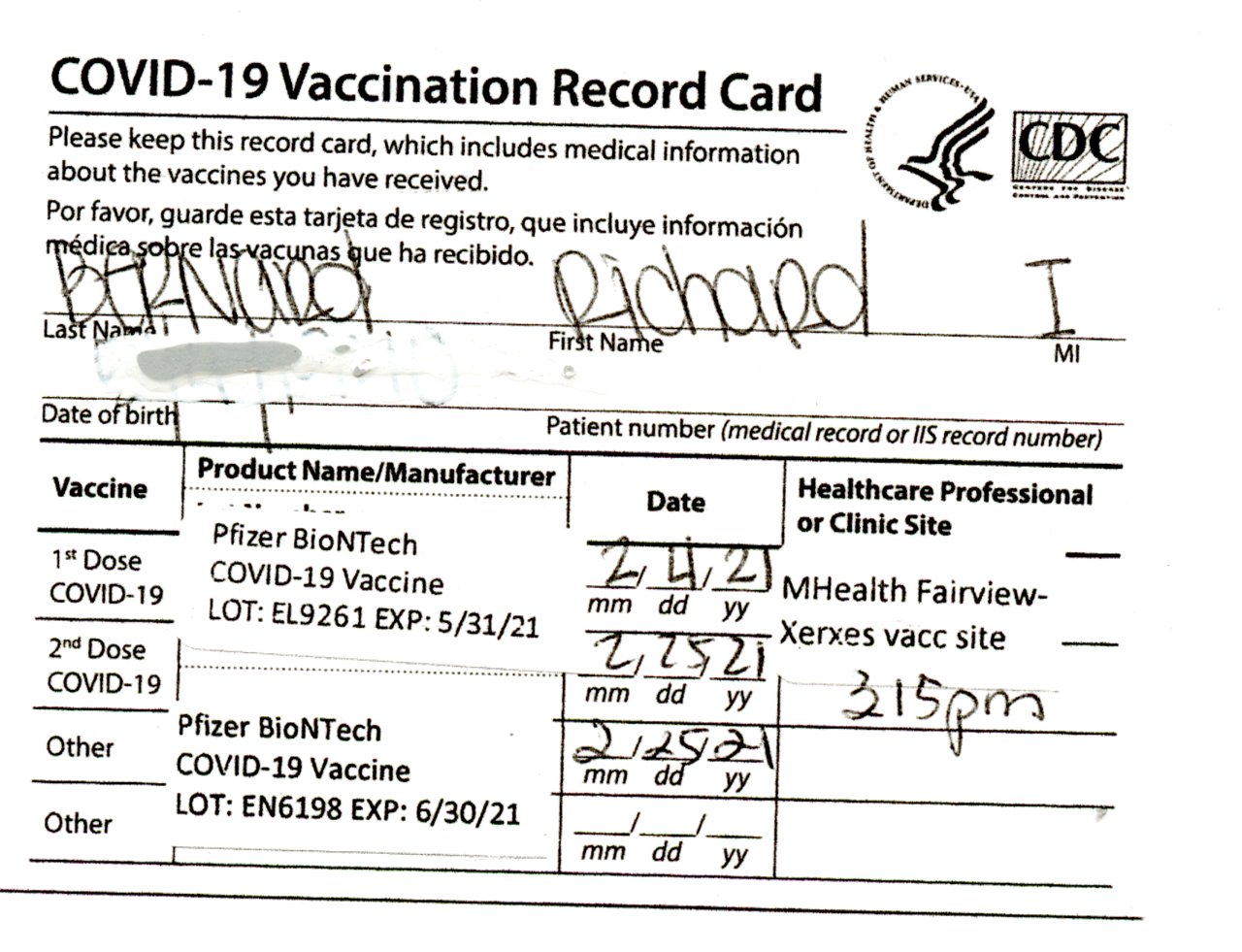 Whirling around this little vignette, this week, is the assorted national news most everybody can see on the news or in the newspaper or on the internet: stories about lottery tickets for people to get the vaccine, or assorted other incentives; anti-vacc campaigns; general hostility to rules or requests.  Today’s Just Above Sunset summarizes well the discouraging words around the country: “Only Chaos Now”.

There are fewer signs up suggesting masking, or social distance etc.  I’ve already described the tavern; at my coffee place, most people still come in with masks; for some months there’s no requirement to mask in restaurants and the like, though seating is limited.

I think back to a specific time in my olden days.

In my memory, I’m about 14, 1954 or so, in Wahpeton ND, and we’re in line to receive the Salk Polio vaccine, just released for public use.

I was 14, so I don’t know first hand if there were protests against the vaccine.  I know it was taken very seriously; I know people who had polio, some who still live and endure post-polio effects.

Back then there were no lottery tickets to entice people to get a shot they should have rushed to receive.

There have been similar campaigns at other times: TB, smallpox, measles….  Public health has always mattered, and to be effective the public has to be cooperative.

It was the tenor of the place that caused me to leave the tavern after only about a half-hour last night.  The conversation will have to wait for another setting, at another time.

from Norm, with permission (he wrote this on another network I’m part of).  He has direct and career experience with health policy at the state level in Minnesota:

[MN] Governor Walz has offered all number of incentives to the unvaccinated to get them to bring their arms to the point at least once if not twice.
Some folks are already complaining about this effort as being unfair to all of us who believed the public health and medical experts and got their vaccine or vaccines as soon as we could.
I read such a complaint in the Strib [Minneapolis Star Tribune] today (LTE) from some writer who felt that it was unfair to reward folks who have elected not to become vaccinated for religious or political reasons or just for the always enlightened “You can’t tell me that those public health experts know more than I do!” or words and thinking to that effect.
You will all remember that a recent POTUS thought like that!
The purpose of the incentives is not just to rewards late comers to the party which they certainly do, of course, but to get to the public health promised land of herd immunity.
Incentives such as that are not unusual in trying to achieve a public health goal no matter how unfair they may appear to some who don’t need incentives to do what they perceive to be doing the right thing.
I remember from my many years working in the regulation of them that most of the HMOs who offered the Prepaid Medical Assistance Plans (PMAP) offered incentives such as Target gift cards to get the lives covered under that governmental program to do something.  That is, to get health care checks for themselves or their babies including well baby check, their children and on.
Apparently, many of those covered lives would not do that without some kind of incentives.
Again, the incentives are used to achieve public community health goals, nothing more and nothing less even though they may appear to many as unnecessary as many folks think that people should know enough to do the right thing for themselves and for their communities…but they too often do not!
I could absolutely care less as to why they do not do “the right thing” but just that they do not and that affects all of us!
https://thoughtstowardsabetterworld.org/wp-content/uploads/2022/04/thoughts-300x138-1.jpg 0 0 dickbernard https://thoughtstowardsabetterworld.org/wp-content/uploads/2022/04/thoughts-300x138-1.jpg dickbernard2021-05-28 13:38:442021-05-28 14:59:50Vaccination
0 replies

A Death; A Year Fires
Scroll to top