You might have heard there is an election coming up.

If you want to review how stark is the American polarization, take a moment to take a look at the October 4, 2018 Pew Research poll, which you can view here.

Monday, a local leader sent around a quote by Harry Truman on the people’s responsibility for the government they get.  I try to validate quotes, and couldn’t find the exact one passed along to me, but I found one very similar, also from Truman, when he was campaigning for Adlai Stevenson for President, October 17, 1952  (Dwight Eisenhower won).  Truman said this: “It is the greatest business in the world, this business of Government.  And the Government is in the hands of the people who vote.  And when they don’t vote, and when they don’t inform themselves, when they don’t exercise their right to vote intelligently and they get bad government, then they have nobody in the world to blame but themselves.”  (p. 295 Public Papers of the Presidents, column two, here.  Also, featured at the Harry Truman Library website are talks he gave in Minnesota, North Dakota and Montana in 1952.  They are fascinating in themselves.  You can read them Here.)

When Truman made the above remarks he was at the end of an over 30 year career in Government, preceded by being a military officer in WWI.  Love him or hate him, it was on his desk that “the buck stops here” was found, and it was he who popularized the saying.

“Denial is more than just a river in Egypt.”

There are many issues in the upcoming election.  For me, a domant one is this: the Republican Party as it currently functions is no longer Eisenhower’s Republican party, rather it is the Trump Party, local, state, national.  Even our local Republican Congresspeople and state representatives and candidates and advertising campaign expenditures for these offices cannot declare independence from Trump.  He is the present day Republican party.

Effectively we are being submerged in a far more sinister and extensive “swamp” than the one that supposedly existed.

People like myself are irrelevant in the desired New Order.

I first heard the Denial phrase (above) from Al Gore, in person, in St. Paul, in the summer of 2005, 13 years ago.  Gore was introducing the still in production film, An Inconvenient Truth; he attributed the quote to the music group Dire Straits.  I wrote about the issue then: Inconvenient Truth001.  The phrase actually has a longer and most interesting history, including earlier use by Vice-President Gore himself, who used it in reference to climate change in March, 1991, as quoted in the Ft. Worth Star-Telegram.

Mr. Gore was talking about climate change in 1991; we know the history since then, culminating with Mr. Trump pulling the United States out of the global climate accords of 2015; and promoting the denial agenda in favor of fossil fuels and carbon.  History and science erased. 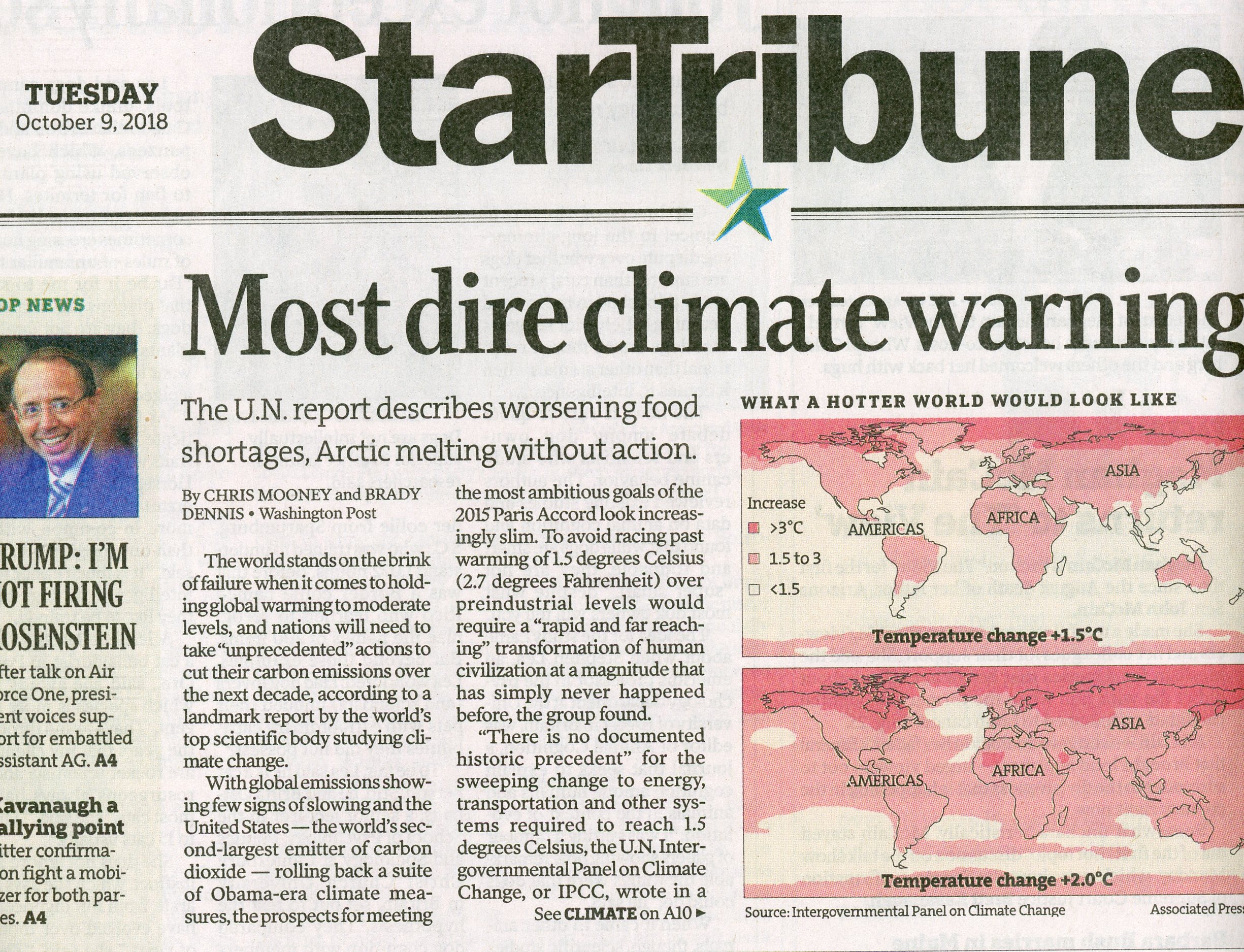 Denial of reality doesn’t solve problems.  They just get worse.

We’re in a time of denial.

A political realty for Trumps base and the rest of us is simple:  The “base” seems to be about one in four of America’s potential voters.  Trump performance seems to be approved, at least somewhat, by about 40% of the population.  Trump has never been a majority philosophy.  They won, anyway.

Still, those who did not and do not support Trump are labeled as”losers”, and losers are the subject of Trumps contempt.  We are in Trumps Civil War within our own country.

But there-in lies a problem for Trumps loyal base and supporters as well.  Trump has room for only a single winner: himself.  His middle class base will learn this over time if the current political balance of power continues.  I give the process ten years: disabling or dismantling the “social safety nets” like social security and assorted medical assistance initiatives, not to mention things like continued attacks public education.  The tax legislation of 2017 is the primary vehicle for this dismantling, and it is already in place, with its permanent, and temporary, “tax cuts”..

By the time this is noticed, it will be too late.  We will rue the day it passed.

Ultimately, of course, people like Trump meet the same fate as all of us: they die.

But their legacy often lives on, and people wonder why things are so bad, that were once so good.

That is the reality ahead, without a mid-course correction.

Somebody has to do the hard work:  it is we, the voters.