Donald Trump becomes U.S. President on January 20. I’ll recognize that he is President, but in the 14 inaugurations since I turned 21 (then, the voting age), this one will pass me by minimally noticed. I’ve come to know Trump far too well for over a year: from his own mouth and Twitter; I’ve learned about his “base”, from his choice of issues and slogans at his rallies, and from trash e-mails from his most ardent supporters. I have learned about his future direction, from noting who he has selected for his inner circle. I don’t think he can change.
One shouldn’t set aside the shameful way the Republicans (and Trump) dealt with Hillary Clinton for years and years. They were terrified of her. I hope she doesn’t back away. And the same Republicans did everything in their power to damage the legacy of President Obama. In that, they also failed, regardless of what they do to try to slash and burn his accomplishments, like the Affordable Care Act (“Obamacare”).
Following is my opinion, and I emphasize, it is only my opinion. But I don’t think I’m alone. 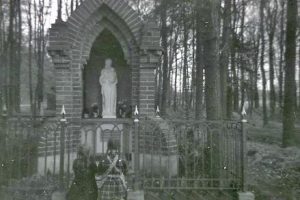 Wednesday, I happened by the television which, at the moment I came by, was the hearing for Rex Tillerson as Trumps Secretary of State designee.
Tillerson has an appropriate high level executive look and bearing, of course. “When he talks, you listen”. He had just received a “softball” question from a Senator along the lines of “how many countries have you visited?” Tillerson wasn’t sure – perhaps about 40, he said. Then he was asked about how people he had met in these countries perceived American foreign policy. He was diplomatic, of course, but the suggestion was that the people he talked to wanted change.
It was an innocuous vignette, but it drew me in. There are about 193 countries in the world, and there are over 7 billion people. Tillerson certainly had talked to some people who had opinions, as have we all, but who were these people, and what would that prove? He has a particular area of expertise. There is not a single decision ever made by any person in high level decision making in government that has not been wrong in some observers mind. It is a reality of the public leadership.
More interesting to me is that Tillerson’s entire working career has been with what is now ExxonMobil, and I recall he was recommended for the job by, among a few others, Richard Cheney, former U.S. vice-president and before that U.S. Government official and Halliburton chief executive.
One might recall that Halliburton did very well during the good old days of the Iraq War. Cheney was a central and crucial part of the team promoting and prosecuting that disastrous war which still involves us.
Behind the easy questions and the unchallenged answers lies much more to the story of not only Tillerson, but every other Trump appointment to his Cabinet. It is a club of, by and for the already rich. The “swamp” is just being refilled.
I went about my other work of the day.
*
About the same time as the Tillerson hearing, the network cut in to the Trump news conference at Trump Tower in New York City. I wasn’t watching that, but later reports spoke for themselves. The media, and the people who watch them, face a real dilemma in these coming long, long weeks and years: Trump is money in the bank for them. He’s a draw, and that is what networks want: viewers, aka generators of advertising revenue.
On the other hand, as evidenced by that first press conference, he is trashing selectively media who are critical of him, broadcasting the label “fake news” – which is red meat for his base. At the same time, he has benefited by “fake news”. It has become hard to discern what to believe….
By now, everybody who pays any attention at all to Trumps routine has to know that the prudent person cannot believe a single word he says, regardless of how fervent he is in declaring its truthfulness; nor how often or loudly he repeats it. Parts of what he says might be true, most likely not. He gives meaning to the phrase “caveat emptor”, “let the buyer beware”. And he is not yet even in office of President.
Serial lying and out and out bullying has served Trump well. And coupled with being a charismatic pitchman, comfortable with the media and a media celebrity elite, about to become the most powerful person in the world, and caring only about himself and his ego, this makes for a potentially lethal combination…for us all.
People best beware of being sucked in. This is not a time to be disconnected.
It will be interesting to see how the media in general deal with the contradictory objectives: making money, and responsible reporting.
*
Speaking only for myself, my specific on going concern is this:
In my fairly long life, I have never seen such a scurrilous, dishonest, down and dirty campaign against a person, as I saw waged against Hillary Clinton. This was waged for years against Hillary Clinton, personally, and in fact continues.
Similarly, a war was declared on President Barack Obama as he became President of the United States, with Republican efforts to block his success. In spite of all of this, the Obama administration was successful. You would never hear such a word from the Republicans.
I see no need to be respectful of those who engage in reprehensible behavior. You expect campaigns to be hard-fought, but not the scorched earth we have experienced for the past many years.
Personally:
1) I have no interest in validating Trumps daily declarations by being part of his audience. Personally, I am sick and tired of the daily dose of Trump, and my limited television viewing, almost all of ‘news’, is decreasing, and I am letting my news anchors of choice know this. I almost never have been surveyed; I have to write a real letter as a real person to another real person. It needs to be done. I have done this in the past. These letters are read.
2) The crucial actors in this continuing circus will be the members of Congress, both Senate and House. It is not enough to be silent. If there are any ways to give witness, such as the pending million women march in your area, go for it, and let your congressperson and senator, and, for that matter, your state legislators and Governor as well. The “nice person” who is your own local congressperson or whatever has a record which deserves scrutiny between now and the next election. He/She most cares about reelection. 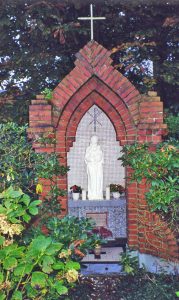