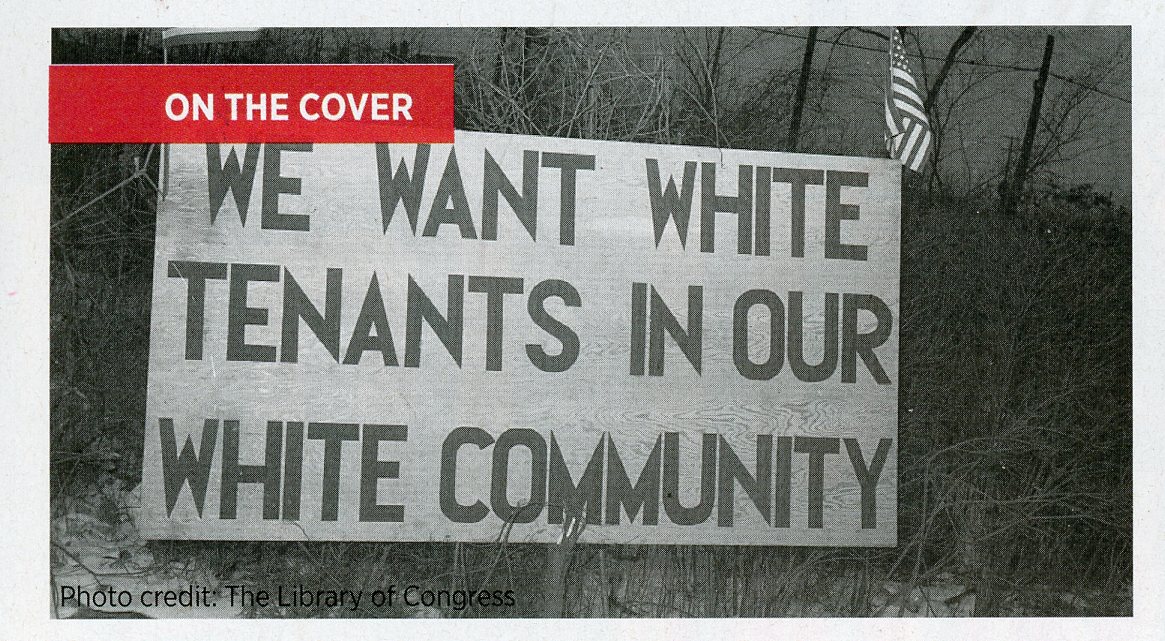 Roots of racial disparities are seen through a new lens in this film that explores the origins of housing segregation in the Minneapolis area.  But the story also illustrates how African American families and leaders resisted this insidious practice, and how Black people built community – within and despite – the red lines that these restrictive covenants created.  A Twin Cities PBS original production.”

The above, and following, items are some recent and very relevant comments on where our diverse and still conflicted nation is on the notion of living together as a people in the United States and Global Community.

From Jeff: “Watch A Night at the Garden – Field of Vision.  This was nominated for an academy award as a short documentary.”  This is about 5 minutes, film from 1939 in New York City.  Watch it all.  You will be asked to sign in to confirm your age.  You will see why.

from recent Letters to the Editor printed in the Minneapolis Star Tribune on Feb. 19 and Feb 22, 2019…worth reading and thinking about and discussing: World Citizenship003.  Presented are four brief letters with differing points of view.  This pdf can be enlarged for easier reading.

In the same time period came two programs, for and by young people, which helped expand my own vision about relationships.

Friday I was invited to attend a kids movie, the third production of “How to Train Your Dragon”.  It opened Feb 22 and is in theaters everywhere.

I thought this would simply be a cute kids movie, and I knew granddaughter Lucy had a long-time fascination for dragons.  Her Mom, took us to the show between blizzards.  The film is, in my opinion. a gentle talk on the conflict we all have between options of getting along, or not, and  empowers young people to make a difference.  Yes, it is a fantasy, and it is for kids, but I found myself wrapped up in it.  It is by no means a waste of time.

Then came yesterday afternoon, with the same family, at the annual scholarship concert for Angelica Cantanti,  This was a wonderful live music concert featuring the music of The Beatles.  Of course, there is no film of this program, but here is the program for the afternoon: Angelica Cantanti002.  The songs the kids sang are on pages 5 and 6 of this program.  If you’re of an older generation, even the names of the songs will bring back memories. 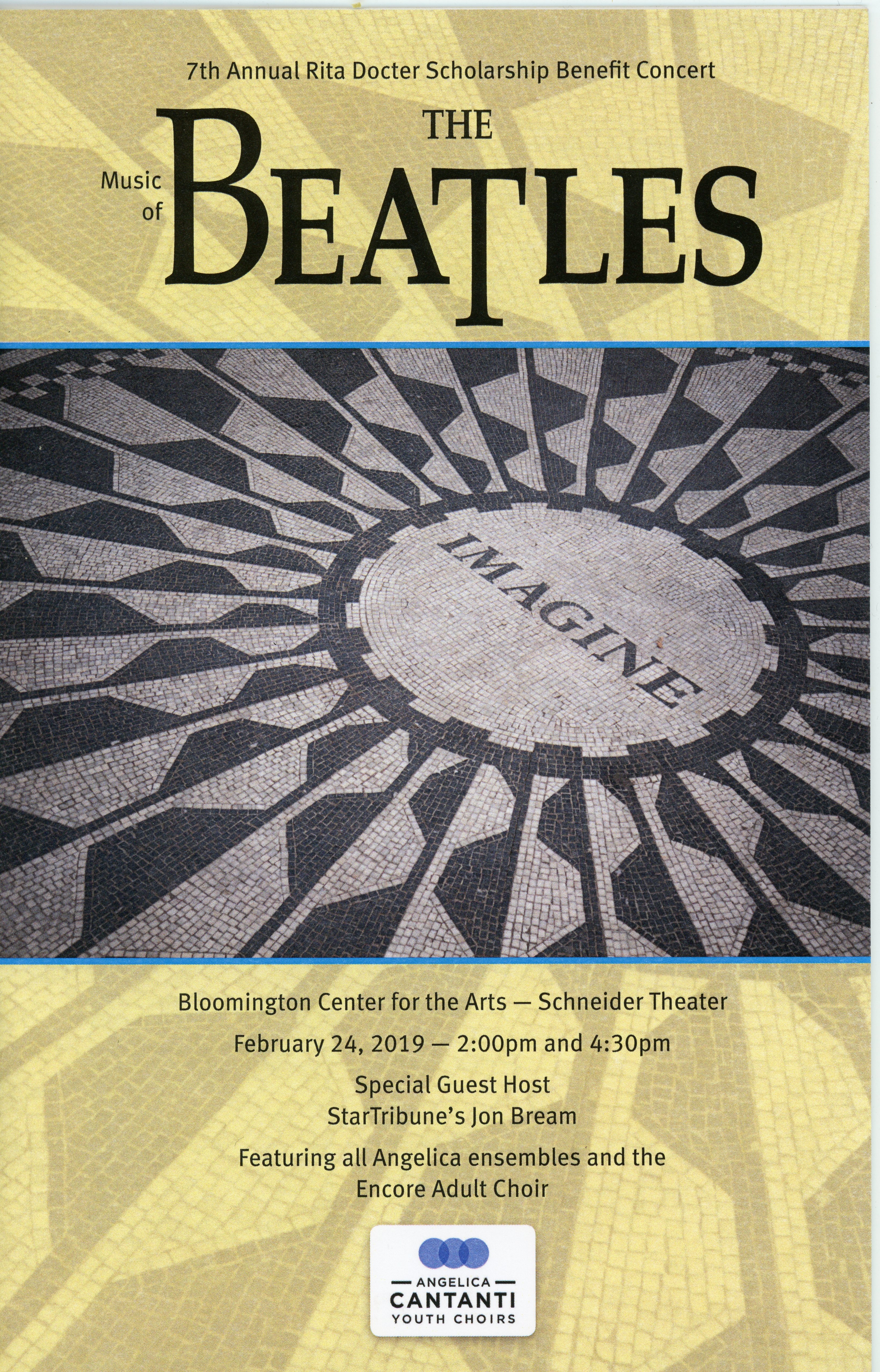 POSTNOTE:  I live in the world of “oldtimer”, but the more I see of the kids world, of most any age, I think they are “getting it” and are ready to take on the task of making the world a better place, despite too many efforts to harken back to how it was, not all that long ago.

The same TPT (see first paragraph) show “Won’t You Be My Neighbor”, the story of Mr. Rogers Neighborhood, on Saturday, Feb. 9, at 7 p.m.

POSTNOTE 2:  Last night, the film Green Book won major awards at the Oscars.  We saw the movie, and it deserved the plaudits.  It added to the sense of optimism I conveyed in the first paragraph of the Postnote.  This mornings Washington Post brings another view.  You can read it here.

I continue to be optimistic about the U.S. making a significant turn in the area of race relations, even when such optimism seems ridiculous given some current events, like the Coast Guard Officer strategizing to cleanse the country of people he disagrees with.

My optimism flows from the young people, and by “young” I mean my grandkids age, who have been raised in a more tolerant environment than their parents or myself.  Recently my daughter, a school Principal, and myself had a brief snippet of conversation about bullying in schools.  Of course, it still exists, she said.  But the larger point is that kids coming to school with varying handicaps (weaker), were most likely to get affirming support from their less challenged classmates.  People convey such attitudes to their children.

Concerning is the kind of opinion expressed by the 60 year old woman on February 19 (link to Minneapolis Star Tribune letters above).   She certainly has the right to say what she says, publicly, as does the companion letter affirming what she had said.  Holly and Dorothy are not alone in our country, and there are lots of them, including large numbers of women, who we have traditionally thought of as being more tolerant and gentle.

Keep on, keeping on.

from George: Thank you, Dick, for getting our attention. Apparently, there were also many Trump votes in 2016. I believe that these two issues are somehow connected.

from a friend in England:

Many thanks for those thoughts Mr Bernard – the Beatles’ Long & Winding Road has always been one of my favourites of theirs.  The issue is intriguing & explosive. I very much appreciated your including 4 letters published by the Star Tribune on the topic. They clearly demarcate the two sides – and this in Minnesota, one can only be worried about the rest of the US! So many places are torn apart by this matter & it is changing the political landscape in many western countries including Slovakia, Hungary, Poland, the Czech Republic, France, UK, Germany & US . . .

As is often the case it’s not black & white & both sides have valid points to make. I like to think it’s a case by case problem. Take the US for example. Some like the Quaker William Penn arrived intending to live alongside the original inhabitants thus Philadelphia was established as a city of brotherly love. Others arrived with loaded guns & with far from brotherly intentions. In Latin America many Spaniards came as Conquistadors while in Paraguay there are ruins of Jesuit & Franciscan settlements which were established with the best of intentions. The original inhabitants could be of two varieties as well the naturally welcoming & the reflexively belligerent.

There is also the question of numbers. I doubt even the most idealistic & romantic would welcome a billion Africans into Europe or a billion Chinese into the US? Of course the lowest of the low are the cynical (cynic comes from the Greek: dog or dog like) politicians who inflame emotions in their own interest come what may. Statements like some of president Trump’s are inexcusable, e.g. “They’re bringing drugs. They’re bringing crime. They’re rapists. And some, I assume, are good people”. So only a small minority is made up of good people & there is no certainty even about this because the president only assumes this is the case. Wow. How many votes did that get me?

Inflammatory statements could come  from anywhere. How should Europeans feel upon hearing the late Libyan leader Gaddafi’s remark: “We have 50 million Muslims in Europe. There are signs that Allah will grant Islam victory in Europe—without swords, without guns, without conquest—will turn it into a Muslim continent within a few decades.” & often the media isn’t doing the world any favours. In the UK, after decades of anti European slurs etc, people voted (marginally: under 52% to over 48%) to leave the EU for various reasons paramount among them the worry about immigration. A case of shooting oneself in the head fortunately non-fatally.  Here exaggerated a bit to be sure but with many valid points!

I am fond of “The meek shall inherit the earth”  – the way things are going there mightn’t be much left to inherit though.