Sunday’s Opinion section had a very interesting commentary by Mike Miles.  More below in “The Bus”.

First: In Minnesota, absentee voting begins on Friday, Sep 18.  All details are at the website of the Minnesota Secretary of State.  For other states, The Washington Post provides what seems to be an excellent and easily used link, here.  I saw this in a most interesting commentary by Dana Milbank of the Post.  I never thought we’d reach this point of near chaos in our democracy.  We have, we’re the only solution, one person at a time.

ALSO, Friday begins the annual Twin Cities Nonviolent program (Minnesota).  All details are available here.   This is an important ten days dedicated to nonviolence in our lives.  Check the program and participate and share this information with others. This is a serious venture, of a global program on Nonviolence.

The Bus: It was a real, and pleasant, surprise to see the Sunday Minneapolis Tribune feature opinion on Sunday: “Extremism is not what we believe, but how” by Mike Miles.  Here’s the pdf of the article: Mike Miles STrib Sep 13, 2020

Peaceful protestors have been taking an abundance of false cheap shots, lately, as if they are thugs, which they definitely are not.  I’ve known the movement since shortly after 9-11-01.

I think I met Mike Miles once, a brief time on August 29, 2008, here in Woodbury.  [Please note Mike’s comment at the end of this post.]  I would not have known that but for the comment, in his column, about driving a peace bus accompanying Kathy Kelly and peace activists who walked from Chicago to St. Paul with planned arrival to coincide with a big peace march coincident with the beginning of the 2008 Republican Convention in St. Paul – the one where John McCain was nominated for President by his party.  Oh, how time flies by….

Here’s a photo of the bus and the walkers on August 29, 2008, at Ojibway Park in Woodbury: 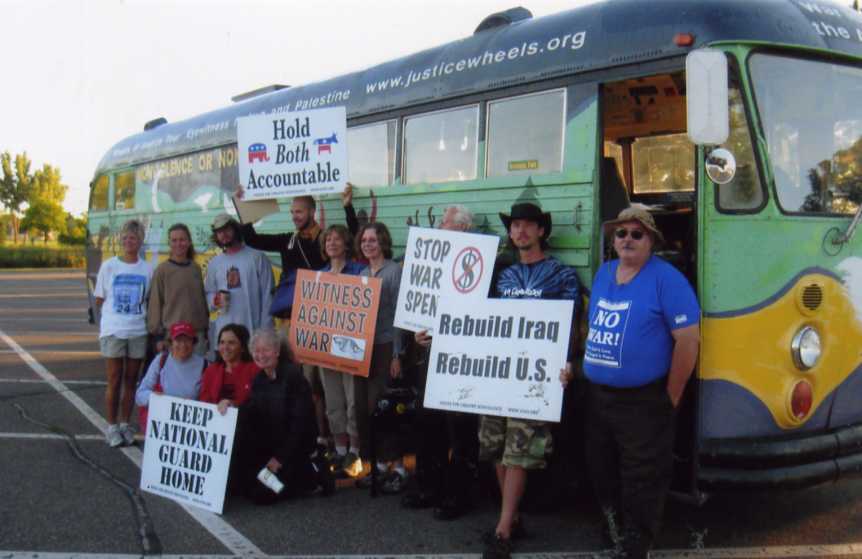 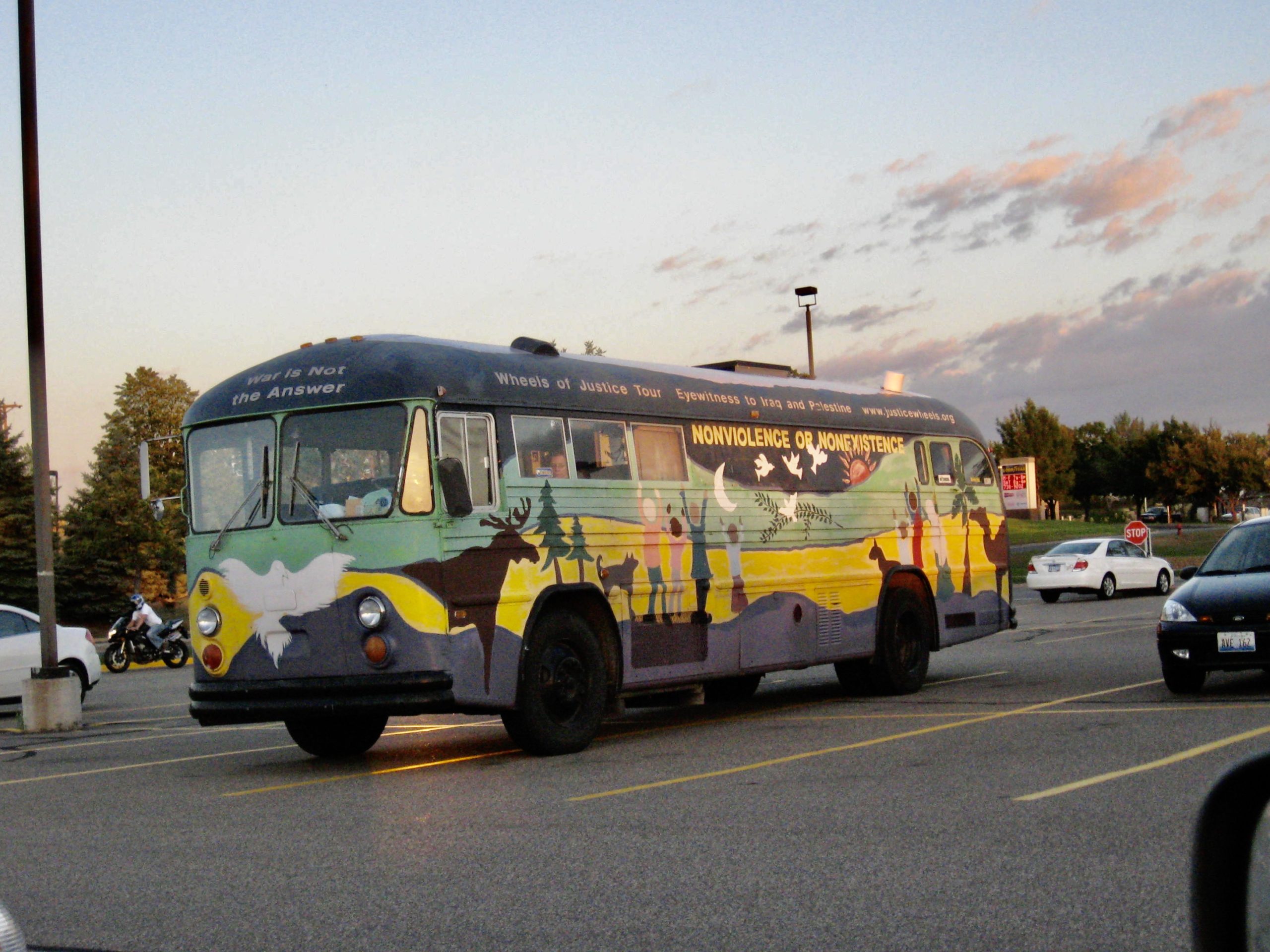 The bus was a support vehicle.  The activists walked the entire route.  At the end, Kathy Kelly, spoke at the Peace Island Conference, sponsored and put together by the Minnesota Alliance of Peacemakers.  We competed with the GOP Convention a couple of miles away, the convention receiving most of the attention, but was an amazing conference, nonetheless.

Here’s a dialogue at the Woodbury Library with local residents the evening the bus arrived: 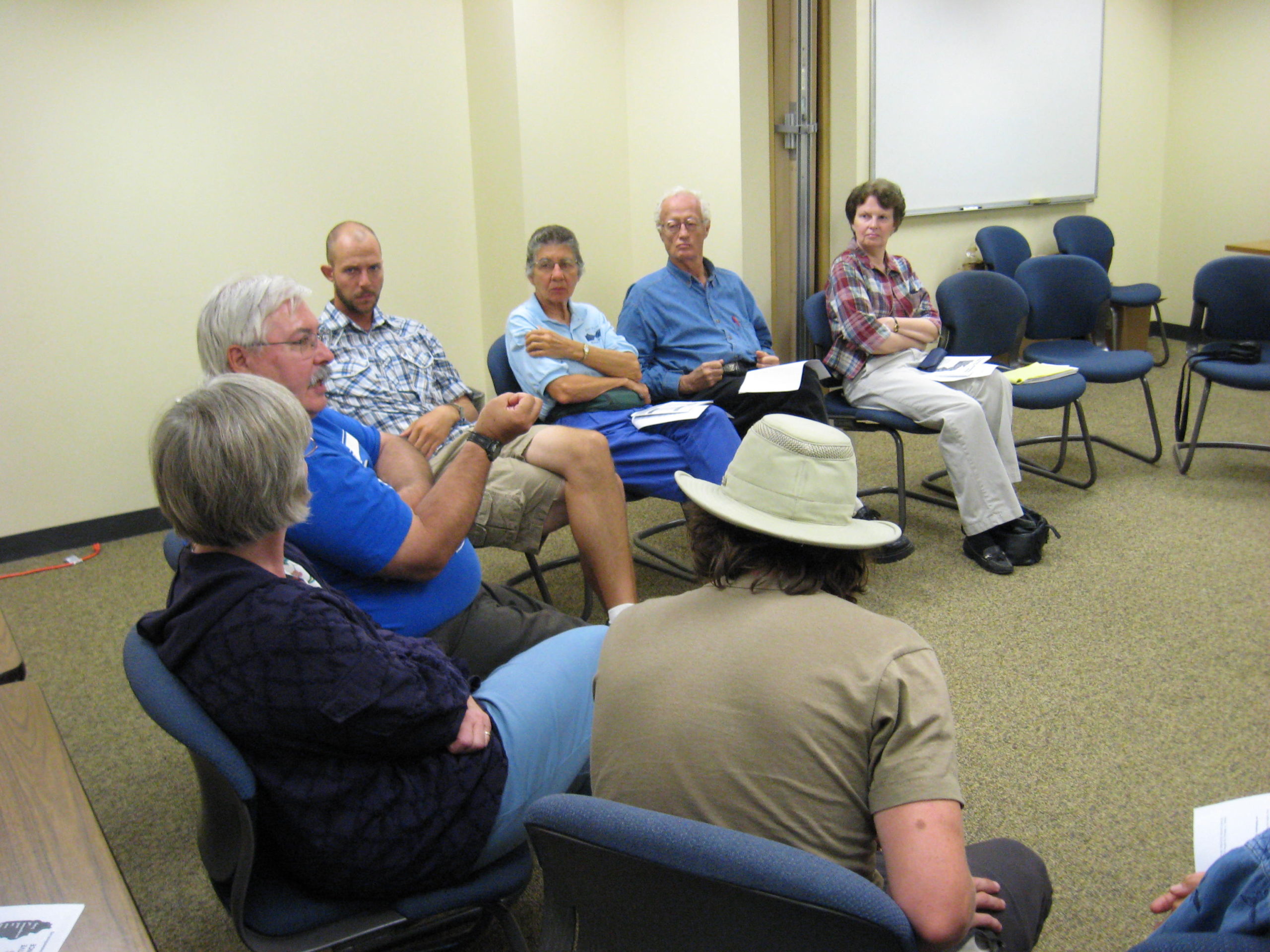 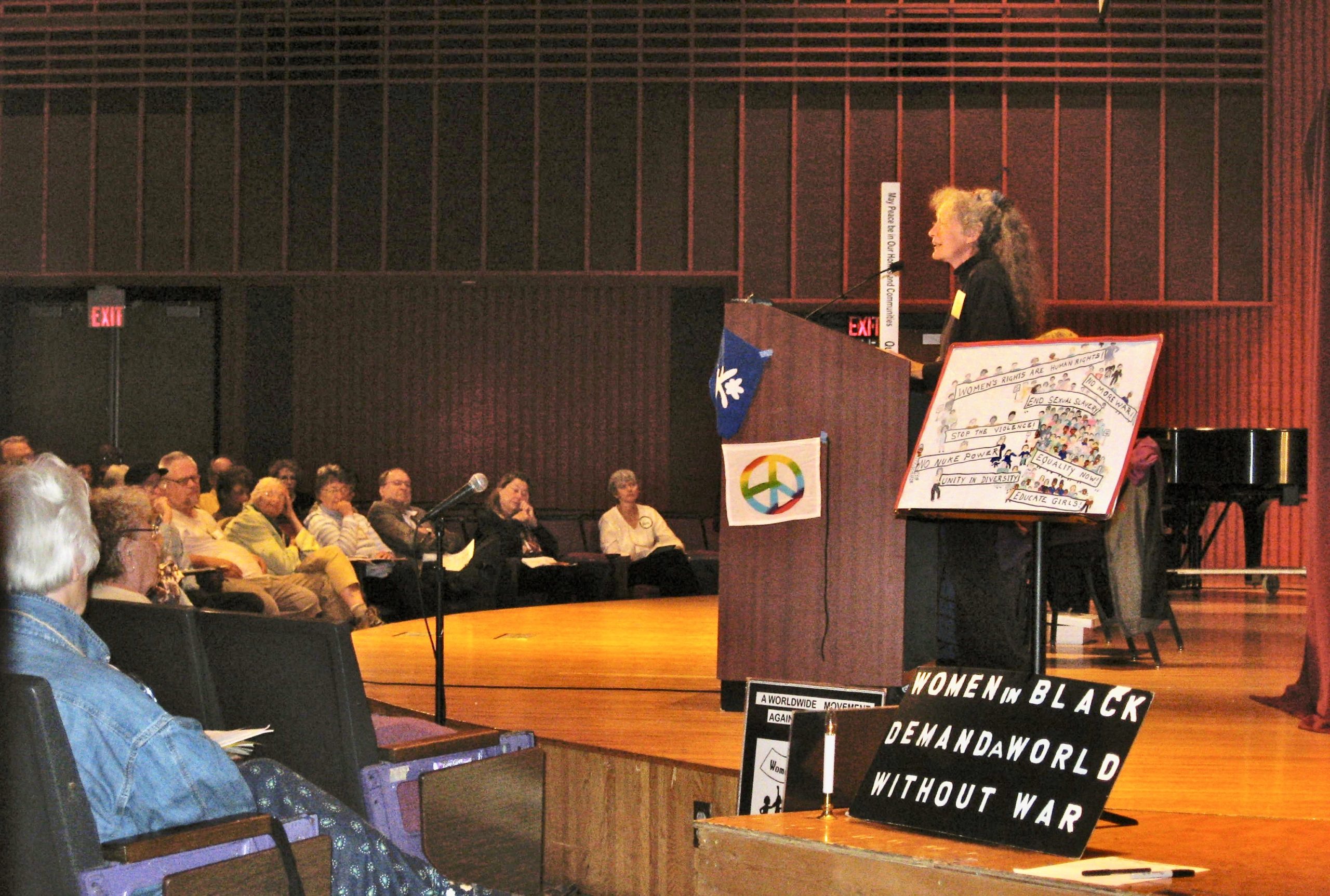 There remain seven weeks to election.  Get to work.

from Bill: Thanks Dick for the remembrance.  Back then David Harris and me and others joined Kathy’s group outside of of Red Wing and walked wither into town.  They spent the night in Red Wing where they helped us prepare for the VFP march on Sunday night on the march from the capital to the RNC.

On the walk into Red Wing I was stopped by a young man in a large pickup truck who motioned me  with my peace sign to approach him.  He said: “you are disrespecting my service to my country!  See the lanyard on my rear view mirror?”  I said “yes”.
He said “ I earned that by serving my country as a Marine in Iraq.”  I said “ thank you for your service but I am very sorry you worked for the wrong commander-in-chief.”
Peace
from Mike, the author of the column: I actually was not the driver for this. I spent 10 years doing the bus so I can’t always remember specific bus outings. Bill Hill was the driver at that time. The bus would not have made it to Minneapolis if I hadn’t gone to Chicago to oversee an emergency replacement of the transmission which broke the first day of the walk. In 2008 we were hosting a street medics training at Anathoth for the RNC protests. We were also working with the folks who were serving free meals to protestors. Eventually details come back. Mostly.
https://thoughtstowardsabetterworld.org/wp-content/uploads/2022/04/thoughts-300x138-1.jpg 0 0 dickbernard https://thoughtstowardsabetterworld.org/wp-content/uploads/2022/04/thoughts-300x138-1.jpg dickbernard2020-09-16 08:54:372020-09-20 05:58:11The Bus
0 replies