POST NOTE March 18: Last evening I was one of 25 who were privileged to an on-line talk by Thomas Hanson on Ukraine and geo-politics generally.  The talk was 1 1/2 hours and can be watched on-line, sponsored by Citizens for Global Solutions.  It was extraordinary and highly recommend it.  Here’s the link to the online recording.  If you have even the slightest interest in the topic of the future of our world, you need to take the time to watch this one.

I wish you a great day.  Today, overlaying the annual celebration, there are plenty of serious problems facing all of us.  I hope you read on.

Back in the early 1900s, someone sent my ND farm Grandma or Grandpa a birthday postcard.  Neither have a dollop of Irish, to my knowledge, but they had Irish neighbors and friends.  The old card is very appropriate for March 17, 2022.  Grandma and Grandpa were children of immigrants, as was my other Grandma.  My other Grandpa was himself an immigrant.

Yesterday, the President of Ukraine spoke to the United States House and Senate.  Thanks to Carol, here is the recording.

In honor of today, here’s a wonderful video sent by Molly of a music performance in Odesa Ukraine a few days ago.  It is four wonderful minutes.  Molly: Odesa Opera Chorus singing Va Pensiero on Saturday … This newspaper clip describes it, if you’ve forgotten the context: “The musicians performed a programme of music outside the 19th-century opera house, including Ukraine’s national anthem and ‘Va, Pensiero’ from Giuseppe Verdi’s opera, Nabucco.

Also known as the ‘Chorus of the Hebrew Slaves’, ‘Va, Pensiero’ is sung in the third act of the opera when the Israelites have been captured and imprisoned in Babylon.

Poignantly, the chorus includes the lyrics, ‘Oh my country so beautiful and lost!’.”

Tears seem a worthy accompaniment to this beauty and courage.
Blessings of the day,
Molly 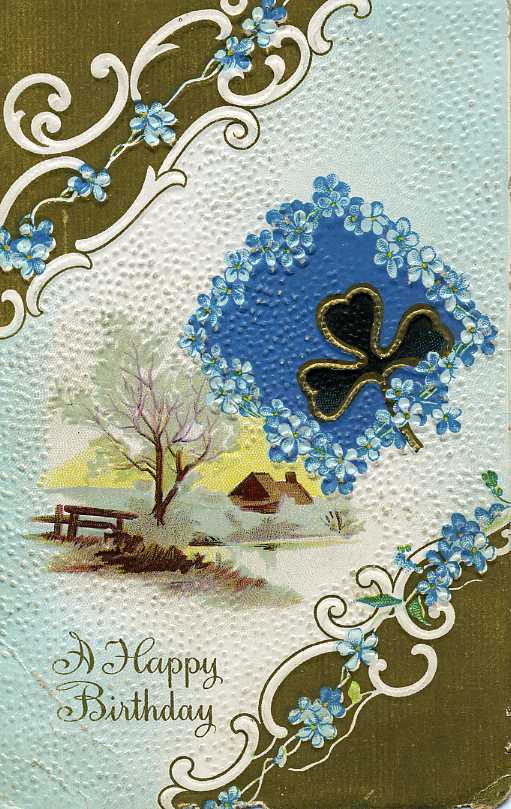 I’m not a green beer guy.  Today, breakfast with a 100% Irish friend.  It is a breakfast two years delayed.  We were to meet March 17, 2020, at the same restaurant, which closed that very morning – Covid-19 had officially arrived.

We all have our stories of the Covid-19 years, still with us.  For me,  my last public event for a long while was ushering at Mass on March 15, 2020.  By the end of February, we’d gotten the message – this was serious business.

For this St. Patrick’s day, I offer, following, some items to think about, relating to events still swirling around us today.  Have a great day.

Covid-19:  New York Times recently had an excellent commentary on the history of this deadly disease.  This is 10 pages, but well worth your time and reflection: Covid-19 Two Years Plus.  Try to put aside your own ‘spin’ and think back to your own thinking and history during this intense time in our history.

Have we learned anything from out of the two-year nightmare? I think so.  The tone of society seems better in general (though from the news you wouldn’t think so.). I just go by what I observe on the ground day-by-day and what I hear from others.  We need to keep working at it, though.  There will be successor crises, rest assured.

Ukraine: from Molly (also, see above): Ever since the horrific invasion of Ukraine started, I have had this well-known part of John Donne’s Meditation XVII in my head; it repeats as new reports continue to appall us and break our hearts. So, here is that short piece–which creates such a powerful sense of prayer, and connection, and loss.

No man is an island, entire of itself; every man is a piece of the continent, a part of the main; if a clod be washed away by the sea, Europe is the less, as well as if a promontory were, as well as any Manor of thy friends or thine own were; any man’s death diminishes me, because I am involved in Mankind. And therefore, never send to know for whom the bell tolls; it tolls for thee
from “Meditation XVII” in Devotions upon Emergent Occasions, by John Donne
Personally, I watch this Ukraine tragedy very carefully.  I think President Zelenskyy and the international community, including the President Biden administration, is handling an impossible situation very well.  It seems as if our leadership, seen and unseen, have learned from the folly of past wars, and cooler heads, likely on all sides, are seeking resolution to this conflict by other means than escalation of force vs force.  No one wants a repeat of the abundant tragic engagements of the last 100 years.  Every decision will be vigorously supported or condemned.  It is good to have basically steady hands at the rudder of the ship sailing in rough seas.
I recall my Army time in the Fall of 1962 when I happened to be on active duty during the Cuban Missile Crisis.  In October, we watched President Kennedy address the nation from a barracks room at Ft Carson, just outside Colorado Springs Colorado.  (The area was one of the presumed bullseyes, should some missile be launched from Cuba – an active fear.)
Other than short-term aggravation, we soldiers never actually went anywhere.  Later, if I recall correctly, we learned that Kennedy and Khruschev had a little conversation in the then-version of on-line, and neither wanted to escalate to a true crisis.  The conversation was brief and private.
With thousands of variations, what they and their advisors did,  then and now, is the function of diplomacy, even more particularly in today’s complicated world.  As we know, the resolution was by no means perfect, but it worked.  Drastic actions have drastic consequences.  Best to limit the temptation to blow the hell out of the other party….

Finally, a serious matter.  Anyone who follows this blog at all knows where I am with religion.  Spiritual matters matter to me.

All is not well with so-called organized religion in our time and place.  Earlier this week, Joyce sent a commentary, to which I responded “This is absolutely outstanding!  Yes, I read the whole thing”.  I would highly recommend not only reading, but thinking about the observations.  It’s titled “How Did Christianity become so toxic?”.  The author is one who is very precise with his words.  Take a look.

Speaking as an individual, there are many culprits within what I would call “organized religion”, which includes my own denomination.  The main ones are those who manipulate religion for temporal power, in my opinion.  Look at wars, and usually religion is somewhere in the very near background.  This remains true now, in this time of individualizing everything.

I heard one striking example a number of years ago.  I was listening to Krista Tippets program, then called “Speaking of Faith”, or such.  Her guest was a prominent evangelical preacher, I think in Oklahoma, who had built a large congregation on a theology of hellfire and damnation, where bad people, presumably the unsaved, not in his pews, went, and hell wasn’t a pleasant place.  People flocked to his messages.

All this changed in an instant one evening in 1994 when the pastor, a black man, was watching the evening news and watched a segment about men, women and children streaming out of Rwanda, at the time of the genocide there.

At this instant, his definition of Hell changed: these refugees were in hell on earth.  This was no longer a matter of Hell being down there.  Real people were living in it, our neighbors, ourselves.

The next Sunday, his message changed to reflect his new awareness.

His change of heart was not well accepted.  His flock began to disappear, and by the time he was on Tippett’s program, he was starting over, a new ministry, new place, new philosophy.  I wish I could remember his name, but I don’t.

“What would Jesus do?”  with Christianity today?

from Carol: Interesting.  When we were in Norway, we toured one of their “stave churches” – very old very primitive buildings.  It had crosses on the roof, plus the old pagan dragon symbols.  Our guide said that when king so-and-so took over Norway, he was of the Christian religion, so overnight everybody had to become Christian.  However, he left the old dragons up also so they’d feel more comfortable.  Carol also adds another comment unattributed:

from Larry: Dick, I think the minister you were writing about is Carlton Pearson, graduate of Oral Roberts U, who went a different way.  from Dick:  You’re likely correct.  The minister was identified as being a graduate of Oral Roberts.  I was just listening, so didn’t catch his name.  He was in the process of re-inventing his ministry, in which he either had been or was a Bishop.

from Rich: “The Great Gate of Kiev” from “Pictures at an Exhibition.” I place this music from the classical genre, apart from the Ukrainian anthem, as the “go to piece” related to the Ukrainian spirit.