Thursday’s walk revealed my home area first outburst of Spring.  By Monday, no doubt, the race will be on, and the drabness of winter will be replaced with the colors of spring.  It is a time we look forward to each year. 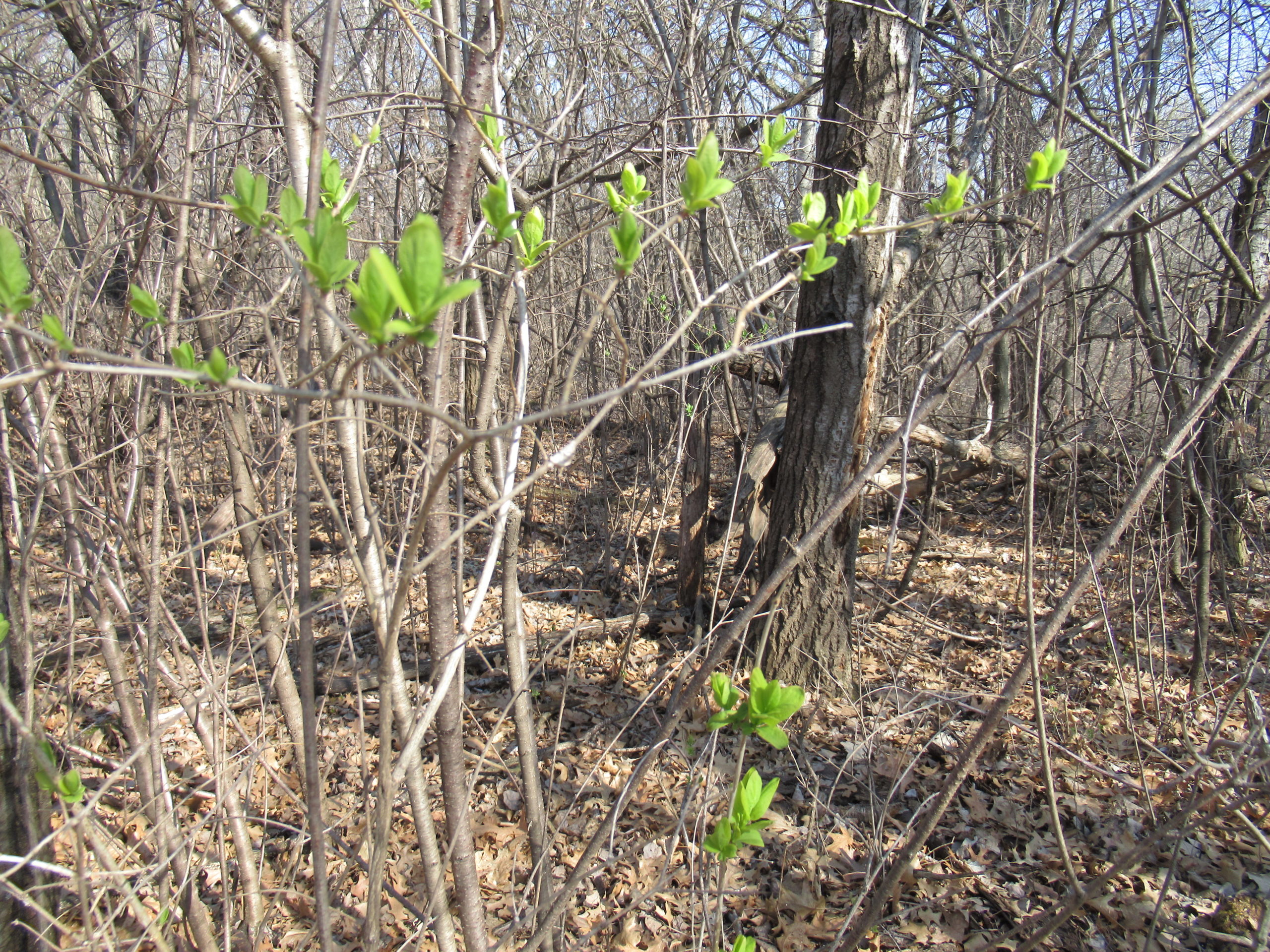 I took this photo two mornings ago.  Today will be better throughout my woods, and soon there will be leaves.  It is a moment to relish.  Of course, there are the downsides of such a season – seasonal allergies.  And the daily news.   But bring them on.

My inbox brought several invitations, which I want to share with you.  I highly recommend.

THE WORLD IS MY COUNTRY, the film about Garry Davis, World Citizen #1, is showing free on-line today through April 27 (full length) and through April 30 (one hour version).

Disclosure: I have been actively involved with this production since 2011.  It has a powerful message for anyone who wants to make a difference.  More information at the end of this post.

BECOMING HUMAN: A LENTEN SERIES:  Along with about 50 others, I attended the first three of a planned six lecture series on this topic.  Each talk was powerful.  The last three had to be cancelled due to quarantine, but the speakers, all faculty at St. Thomas University, put all of the six lectures on video, and Basilica and St. Thomas have made them available to everyone, and I’m passing along with permission.  The syllabus is at the end of this post.  I have not included the links or followup activities.  Here are the links to the talks themselves.

WORLD WAR ZERO:  On Earth Day a group called World War Zero (The American Security Project) introduced itself to me.  I want to introduce it to you as well.  I decided to make a contribution – its mission seems consistent with my own.  Here’s the link.   In a followup e-mail just received today, co-founder John Kerry said: “Americans are hungry to talk about the climate crisis. In fact, more than 90 percent of Americans say they are open to a conversation about climate. ”  I have long believed that the solution is in the conversation.  How about it.

More on World Is My Country from the Producer, Arthur Kanegis:

The good news in this time of pain is that the world is coming together in unprecedented ways to stop this virus.

When we emerge from this EMERGENCY will we go back to business as usual? Or will we EMERGE ‘N SEE that we are all on lifeboat Earth together?

What touches one touches us all.

Our CASCADING crises now transcend borders and so must our solutions.

Here is something amazing: China’s pollution before and after the virus crisis: 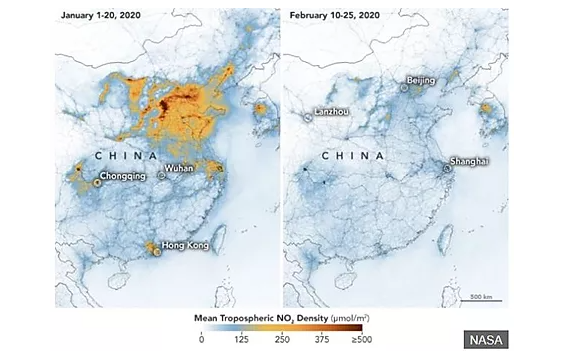 That’s over 20 times more people saved in China than were lost to the virus!

Around the world, the environment is showing signs of coming back into balance and the UN Secretary General has even called for a Global ceasefire to end wars during the crisis!  Sign the petition here.

Wouldn’t it be great if this emergency propels us to find solutions to not only pandemics, but also the far greater threats of climate change and nuclear war? To finally turn back the doomsday clock in which atomic scientists show that humanity is teetering closer than ever to our own extinction?

To inspire us to imagine new solutions, Future WAVE is gifting you a preview screening of the exciting new film “The World is My Country” – FREE until April 30, 2020!

It’s the movie that’s getting people out of their doldrums. It’s inspiring people with new hope. It’s the intriguing story of how a song and dance man on Broadway turned his war guilt over bombing civilians — in a war that had just killed over 70 million people — into an electrifying action that galvanized war weary Europe and sparked a movement.

It was a mighty movement that helped pave the way for the unanimous passage of the Universal Declaration of Human Rights and inspire the founders of the European Union — which ended a century of wars between its member states!

Now this film can help inspire the people of the world to do something even grander. Just click on the red “STREAM NOW” button above and find the key to how we can come together to build a safe, secure and workable world.

Welcome to The Basilica of Saint Mary’s Lenten Series on “Becoming Human.” Though of course we wish we could have continued the series in person, COVID-19 made online delivery necessary. We hope that this “online portal” to the series provides you with some ofthe tools that will be necessary to engage in the work of transforming our communities.

Key to this effort is learning the history of how white supremacy has been structured into the American legal system from its founding (week one), persisting beyond the era of Civil Rights especially through the “war on drugs” (week two), and leading to the contemporary reality of mass incarceration (week three). Learning the stages of development in racial identity can help to disrupt the “White Savior” complex, the tendency of white people to engage in efforts that are unhelpful at best, and patronizing at worst (week four). True social transformation can happen when there is a match between our unique gifts and the world’s need. As Frederick Buechner put it, “The place God calls you to is the place where your deep gladness and the world’s deep hunger meet” (week five). Since theology is a carrier, too, of white supremacy, learning about the Blackness of God might also help in recognizing the moral imperative behind this religious calling to engage in the work of social transformation (week six).

This series will echo the Christian cycle of creation-fall-redemption, starting with the theological idea that humans were created in the imago Dei, but fell into a sinful condition where persons, relations, and structures fail to function in the ways that God desires. Humans were created reflecting something of the divine life, but sin–especially the social sin associated with the domination of one over another–has diminished life, not only for people of color, but also for perpetrators. The final two sessions in the series will point to the hope that God is redeeming us from the condition in which we find ourselves. The series holds onto the hope that the Holy Spirit is at work in the world, enlightening us, empowering us, and encouraging us to resist systems of oppression, and to cooperate in the task of reclaiming our common humanity.

from Glen: I am very interested in peace, justice and climate change.  In my opinion, most of this blog is propaganda that leads in the opposite direction; toward hate, injustice and poverty.  I’ve been listening to seething and intense hatred from “the left” for more than 3 years.  We seem to be living in two separate worlds.  Please discontinue sending this depressing propaganda.

from Jerry: Thanks for your blog, Dick.  As usual, you are right on.

from Kathy:  I just listened to the first lecture.  I plan to listen to all of them over the course of the week.  A relief from Covid info and nurtures my history teacher’s soul.  Thanks, Dick, for sharing.

from Jeff: Over the past couple years I have been listening off and on to Malcolm Gladwell’s podcast Revisionist History.  I have watched Cuomo and it struck me recently his approach is interesting…. Gladwell explored in one episode the Jesuit philosophical technique of “casuistry” which came out of the founding of the Order by St Ignatius Loyola and following Jesuit thinkers.

Casuistry has somewhat cynical connotations in the modern world, but as explained by Gladwell and by a Jesuit philosophy professor from Boston it is not so sinister.  The
approach is to take a problem and examine by noting that conventional philosophy and even morality is not able to solve it because modernity and technical and societal change has made long term philosophy unable to solve the problem.  So instead of applying “general”  wisdom, you need to “descend into particulars”  in order to understand and solve a problem.
(One of the examples Gladwell uses is the inventor of the birth control pill, who in fact was a devout daily attending Catholic and a practicing MD who saw a large population of lower and middle class female patients in Massachusetts and was horrified by the toll in both poverty and neglect visited on families who had more children than they could support, but also the impact on womens health from conceiving so often—quite an interesting problem)
In any case, I am willing to bet Andrew Cuomo had some Jesuit education,  and he certainly is a son of his father who excelled in this type of thinking.
https://thoughtstowardsabetterworld.org/wp-content/uploads/2022/04/thoughts-300x138-1.jpg 0 0 dickbernard https://thoughtstowardsabetterworld.org/wp-content/uploads/2022/04/thoughts-300x138-1.jpg dickbernard2020-04-25 13:08:412020-06-30 16:04:49Spring
2 replies