Today is the International Day of Peace (IDP).  On this day, in fact, as I write this sentence, President Biden is addressing the United Nations General Assembly in New York City.

IDP is an initiative of the United Nations.  The UN history of the day is here.  The short story: the day was first observed in 1981, on “the third Tuesday of September, the opening day of the regular sessions of the General Assembly.”

Later today (4 p.m.), I’ll join the Twin Cities Nonviolent group as it gathers at Lake Street and West River Road in Minneapolis.  All are welcome.

There is no need to elaborate on the reality that Peace is rarely an easy process.  Evil exists, and is not constricted by any boundaries.

Best we can do is to witness daily for a better world, as exemplified by ourselves.

To my knowledge, the first Twin Cities observance of Peace Day was Sept. 21, 2003, “Peace on the Hill” at Loring Park, sponsored by neighboring church congregations, particularly First Unitarian Society in Minneapolis.  It was an inspiring event. 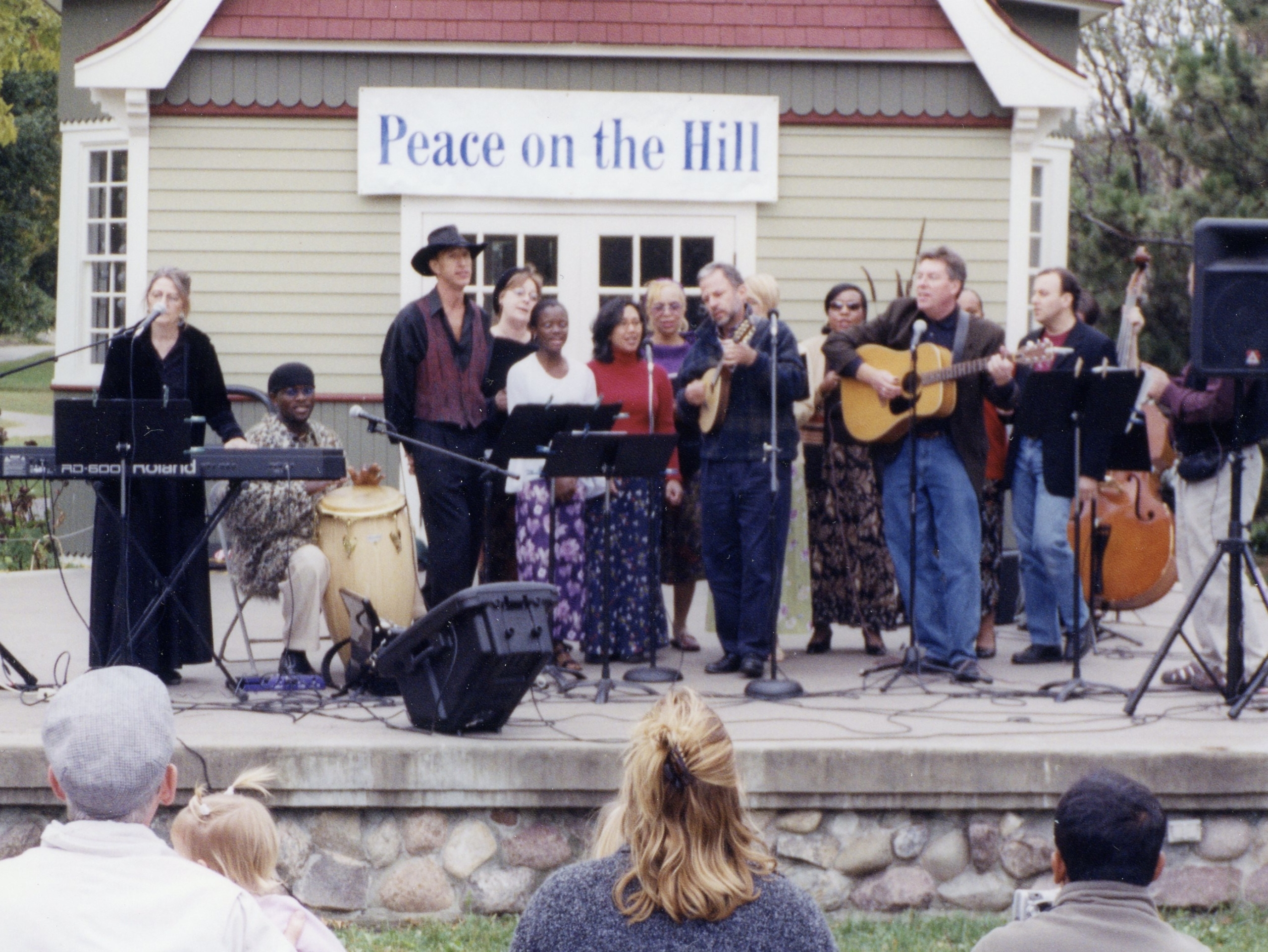 One of my prized possessions is the DVD, Peace One Day, which recounts the successful efforts of a young man to convince the UN to establish Sept. 21 as the annual International Peace Day.  Special thanks to Madeline Simon.   The film was released in 2004, and still available on-line (here).  It is an inspiring film.  It ends with footage from the UN of the beginning of the horror of 9-11-01.

POSTNOTE: I went to the first hour of Twin City Nonviolence this afternoon.  I am glad I attended.

At home, we watched the last segment of Ken Burns “The U.S. and the Holocaust”, showed on the local PBS station Sunday, Tuesday and Wednesday.  This program is eye-opening, even if one thinks their eyes have been open on this issue.  I would urge every reader to check your local PBS station for the program.