PRENOTE:  Today early voting begins in Minnesota.  Any information for a Minnesota voter can be seen here.  National information here.  NBC has a Plan Your Vote site as well.

I will post about the upcoming election, likely on Mon. Sep. 26.

More about Golden Rule at Watergate Marina St. Paul at end of this post. 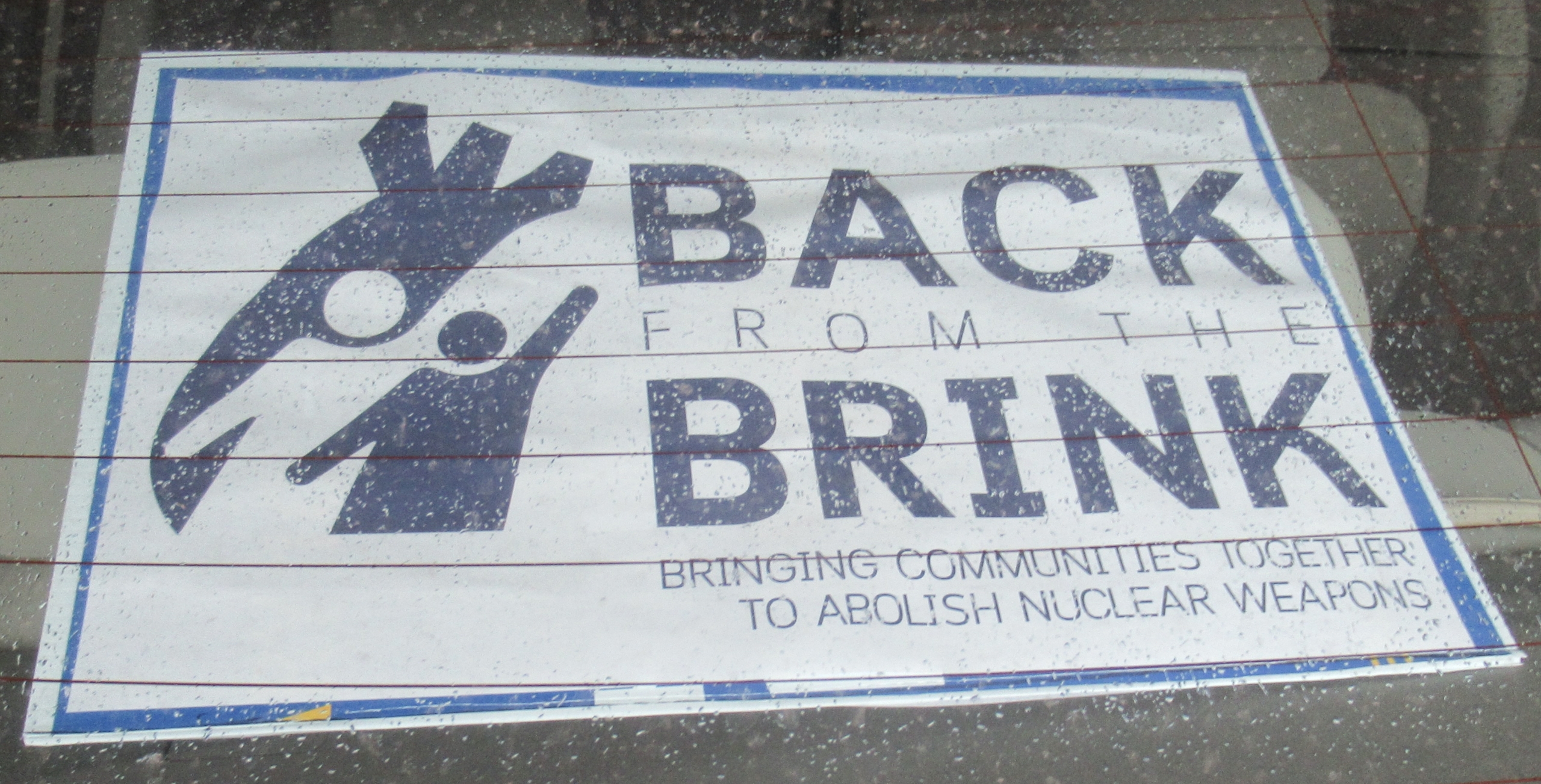 The following Nuclear Weapons message was shared with me by Amy Blumenshine, one of my blog readers, Sept. 23, 2022.    At the beginning she refers to two prior posts, one linked to the other here.  My comments are at the end of this post.

Amy: “Thank you for your very helpful essays.  I’m writing to request that you consider submitting LTE’s [Letter to Editor] to the regional papers within the next week promoting the Treaty on the Prohibition of Nuclear Weapons (TPNW) and educating the public on what they may not know.  I’m part of the local “Back from the Brink” campaign effort (link here) and we’ve just learned that the St. Paul City Council has it on their agenda for next week. Minneapolis passed it in December without any media attention and we yearn for more education to occur with this event.   [The resolution is at the end of this post.]

You’ve written much about this so I wonder if you could revise one of your essays into an LTE form for the moment.  Thanks for your consideration!

Below are some of my points.

Most Americans don’t know that 122 countries voted for the TPNW — a workable, verifiable framework for eliminating WMD [weapons of mass destruction]— the best opportunity to rid the world of these devices we’ve had.  That most of our “enemy” states with nukes have expressed interest in supporting the TPNW.

That we are no closer to effective storage of nuclear waste now than at the beginning of the effort (just a number of ideas have been ruled out — For instance burying in a mountain depends on having containment vessels that work over eons.)  And Americans have already suffered and died from the process involved in mining and producing nukes.

Most people don’t know that the US is planning to spend over $1.7 T to “modernize” the armaments, essentially rebuilding them to make them more “useable.” But even these smaller bombs will be more powerful than the ones the US dropped on Japan.  Of course, the army defending our target would have no way of determining the size of the bomb coming at them.  So, if they have a similar “hair-trigger” launch system of rapid launch as has been reported operated by the US, a potentially overwhelming annihilation would be triggered.  The smoke from the fires caused by a nuclear explosion would trigger a global  famine of many years.  While the current “upgrade” is budgeted at $1.7 T, everyone knows that it will be higher.  Meanwhile, the citizens of St. Paul alone sent over $66 Million in 2021 out of our economy just for nuclear weapons.

Not just preparing to commit unspeakable evil but also doing evil in the mining, production, evil preparations and failing to adequately feed our kids.  Bankrupts us economically and spiritually. Reinforces callous disregard for life.  Promotes American exceptionalism and might makes right.

Further we live with the anxiety every time the sirens sound of imminent annihilation, which indeed could have been triggered by rogue leaders or accident.

And while nukes are definitely omnicidal, they are actually obsolete. No one can guarantee that a missile shot from North Dakota might not be hacked to land here {Minnesota].  Each nuclear weapon is actually a target for the missiles from the opposing side.  A nuclear armed sub was just in a serious accident in an undisclosed location near China.

And, of course, there is no effective oversight of where the money goes in this program.  Military defense contractors spend huge amounts on lobbying and nearly every one has paid settlements when caught cheating.”

WHEREAS, nine nations collectively have approximately 13,100 nuclear weapons in their arsenals, most of which are far more destructive than those that killed hundreds of thousands of people in Hiroshima and Nagasaki, Japan, in 1945; and

WHEREAS, the detonation of even a small number of these weapons could have catastrophic human and environmental consequences that could affect everyone on the planet; and

WHEREAS, the United States maintains several hundred nuclear missiles in underground silos on hair-trigger alert, capable of being launched within minutes after a presidential order, which greatly increases the risk of an accidental, mistaken or unauthorized launch; and

WHEREAS, the United States continues to reserve the right to use nuclear weapons first, which reduces the threshold for nuclear use and makes a nuclear war more likely; and

WHEREAS, the U.S. president has the sole and unchecked authority to order the use of nuclear weapons; and

WHEREAS, the climate crisis, the COVID-19 pandemic, and recent racial justice uprisings have highlighted the need for greater investment in our healthcare system and our communities; and

WHEREAS, over the next 30 years, the United States plans to spend an estimated $1.7 trillion to replace its entire nuclear arsenal and the bombers, missiles and submarines that deliver them with more capable, more usable versions; and

WHEREAS, taxpayers spend over $2 million every hour of every day to maintain the U.S. nuclear arsenal [That number is just shy of $5 million an hour, now.  It’s based off the per minute number that ICAN released, which is about $84,000 a minute]; and

WHEREAS, Residents of Saint Paul pay an estimated $65,994,272.19 each year to pay for our nuclear arsenal, and if this funding was instead added to the city budget could be used to support the building of approximately to 660 desperately needed new affordable housing units; and

WHEREAS, a grassroots movement called “Back from the Brink: Bringing Communities Together to Abolish Nuclear Weapons” has been endorsed by over 400 health, environmental, academic, peace, faith, and justice organizations and has resulted in resolutions approved by over 50 municipalities, including the cities of Los Angeles, Baltimore, Salt Lake City, Minneapolis and Washington DC, as well as the states of California and Oregon; and

WHEREAS, the United States, as well as Britain, China, France and Russia, are obligated under the Nuclear Non-Proliferation Treaty (NPT) to take concrete steps toward eliminating their nuclear arsenals; and

WHEREAS, in July 2017, 122 nations approved the Treaty on the Prohibition of Nuclear Weapons, which entered into force on January 22, 2021 making it illegal under international law to develop, test, produce, manufacture, or otherwise acquire, possess or stockpile nuclear weapons or other nuclear explosive devices; and

WHEREAS, on September 25, 2022, the Golden Rule ship was scheduled to visit St Paul as part of their Great Loop Voyage through efforts by the group Veterans For Peace; and

WHEREAS, Veterans For Peace aims to advance opposition to nuclear weapons and war by their efforts which include the recovery and restoration of the original peace ship, the Golden Rule, that set sail in 1958 to stop nuclear weapons tests in the Marshall Islands, and which inspired the many peace makers and peace ships that followed; and

WHEREAS, the reborn Golden Rule is sailing once more, to show that nuclear abolition is possible, and that bravery and tenacity can overcome militarism, and was docked in Saint Paul at Watergate Marina on September 25, 2022 to raise awareness for their efforts; now, therefore, be it

RESOLVED, the City of Saint Paul calls on the United States to lead a global effort to prevent nuclear war by:______

Personal Comment, Dick Bernard: The Golden Rule sailboat previously appearing at this page is witness to the insanity of the Nuclear threat (see Sept 12, 16 and 19 for related posts).  There will be a family event at Crosby Farm Park in St. Paul at 11:30-2:30 Sunday afternoon, Sep. 25.  Complete twin cities schedule is here: Golden Rule Sep 2022.

I was 5 years old when Hiroshima and Nagasaki happened, Aug 6 and 9, 1945.  I was a teenager during the 1950s, when the Cold War was raging, and my home state of North Dakota was being pockmarked with missile silos to do battle with the Soviet Union.  It was a little abstract, I admit – I was a kid – but we got with the program with drills of what to do if the bomb dropped.  It was naive then, and still naive.  An assumption was made that a missile fired by either side would actually reach its designated target, and that going into the basement would save you if you were under the bomb. There still remains the naïveté, for certain.  We seem never to learn.

As I write, Putin is drafting Russian men to put Ukraine in its proper subservient place; and threatening without saying so directly that the nuclear is on the menu of choices of weapons.  And of course, nuclear plants in the Ukraine are also possible accidental or on-purpose targets (Chernobyl is in Ukraine).

Long ago the nuclear option was correctly labeled Mutually Assured Destruction (MAD).  I think the powers that be on all sides – the ones with the nukes – know this, and know it far better than the average person.  But the most powerful weapon of all is using the threat of nuclear to foster fear among the peasants – all of us.

I hope the Golden Rule succeeds in amplifying the national conversation, and that this blog, and the person who sent me the above information, is part of it. 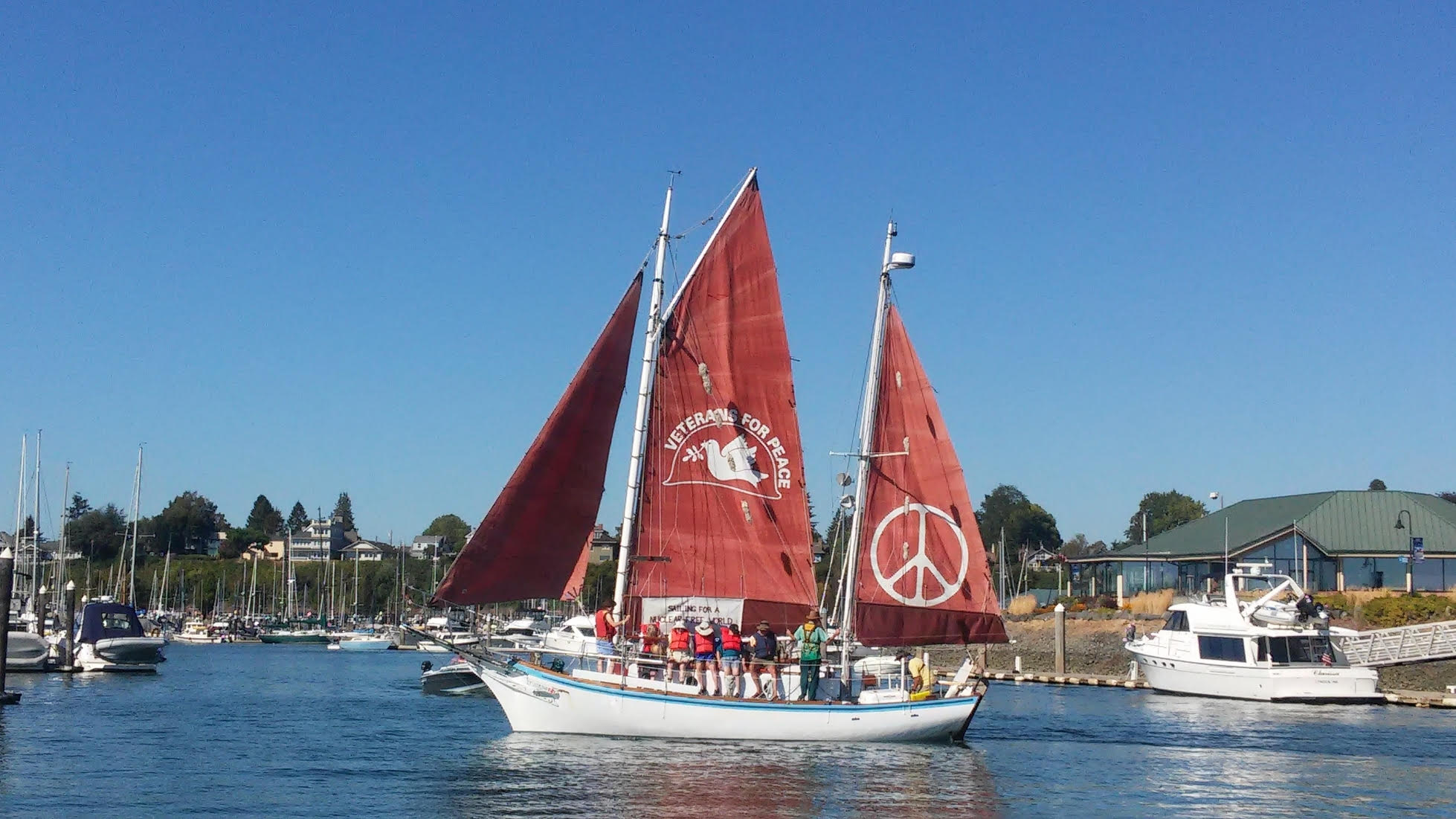 Much more information about the Golden Rule and its project here.  Peace in the Park Family Day at Crosby Farm Park at Watergate Marina, off Shepard Rd, St. Paul, 11:30 – 2:30 Sunday, Sept 25.

from Brian: Great stuff, thanks for sharing.   Even as a kid growing up in San Antonio, in grade school I remember asking my mother why did  Pres. Truman drop two atom bombs on Japanese cities?

International Day of Peace 2022 US Election
Scroll to top