The program below is tomorrow (Thursday) evening, Aug 26.  The 20th anniversary of 9-11 is a couple of weeks ahead; and August 31, is the self-imposed deadline President Biden has set for American departure from Afghanistan.  On August 31 I plan to do a post reflecting on 9-11-01.  Check back.

Here’s a message from David Logsdon of Vets for Peace from Sunday Aug 22. “This Thursday evening  [August 26] 6 to 8  [at] site of the Gandhi Mahal Restaurant (27th Ave. So. just south of Lake Street).  Food available for purchase.   Music by Larry Long and Scott Fultz.   Poetry by Strong Buffalo.   Bell ringing.  Presentation of Peace Pole and Kellogg-Briand Treaty to Ruhel Islam of Gandhi Mahal.     Ruhel will talk about his vision for the space.    Emcee is Dave Logsdon.

Bring your own chair! Admission is free!”
*
The poster: 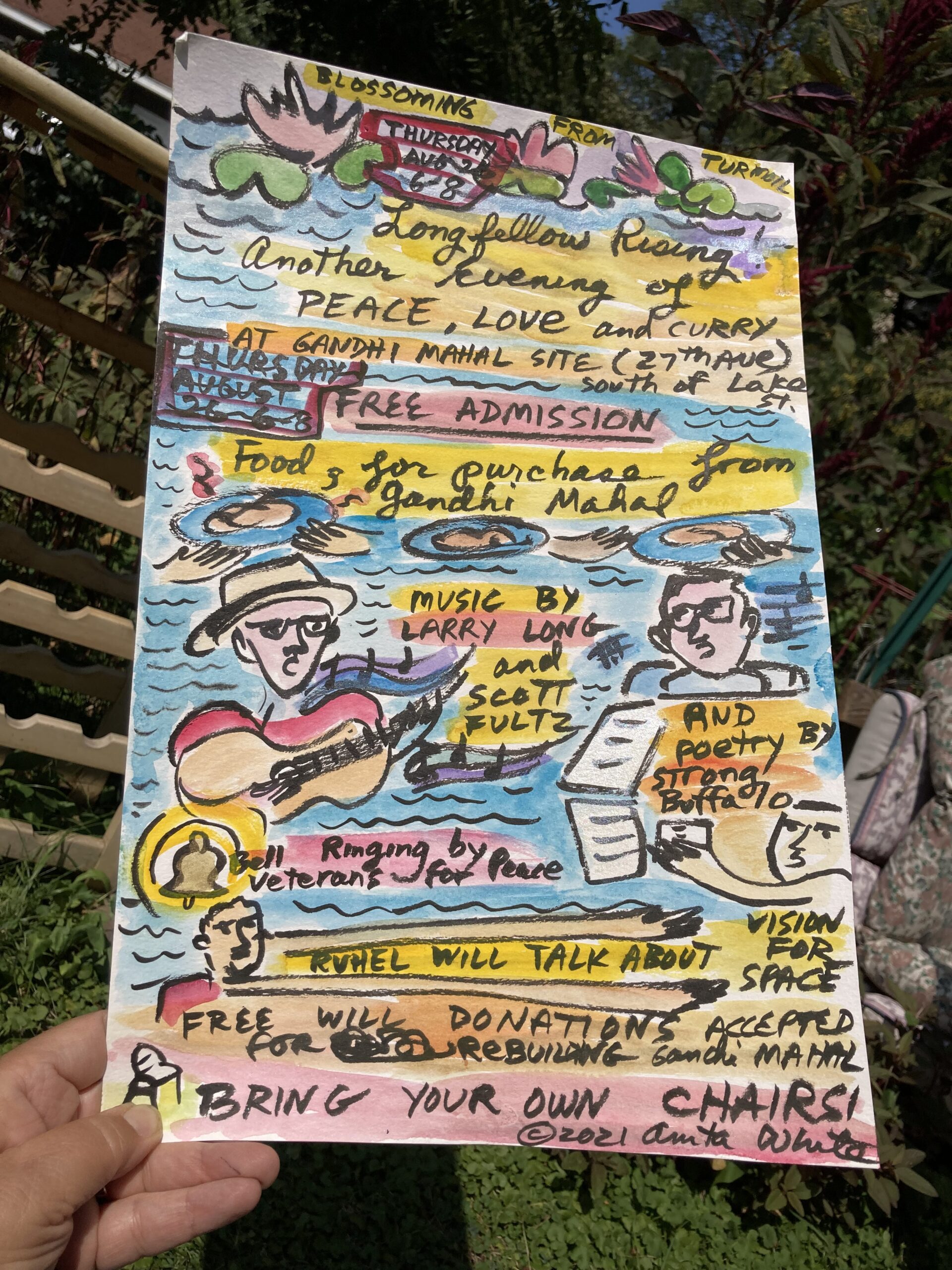 *
We are in stressful times, once again.  Let Thursday (details above) be an island….
*
Sunday on spur of the moment, after Mass, I decided to revisit the Habitat for Humanity house our Basilica of St. Mary crew was helping construct beginning September 10, 2001.  I didn’t get out of the car – just took three photos from the car window, from the street.
Apparently I looked suspicious, and a lady in burqa approached me, with cell phone in hand.
We chatted briefly.
I said: “I was one of the crew helping build this house on September 11 2001”  I remembered the project was for a Somali family.  I was there the first week. joined for a time by my spouse and one of my sons-in-law.  I asked “Are you one of the persons we were building this house for?”
“Yes”, she replied.  The tension broke immediately.  “Thank you”, she said.
I had my camera in hand, but didn’t take a photo of her, or ask.
I had taken a picture of the house, which is immaculate, after all these years.  I won’t include that here, nor the address.  I’ve been by the place on several occasions over the years, and always the same story: very well kept.  I didn’t tell the lady that we had been to the dedication of this house when it was completed in January, 2002, if I recall correctly.  We all had met the family then.
Today, I’ll write her/the family with a copy of the photo I took, and a little more of the story, which I’ve shared on numerous occasions with others, here: Post 9-11-01001.
*
Enroute home I drove by the site of Gandhi Mahal, burned to the ground May 29, 2020.  I hadn’t been there lately, just a side trip to take a look.  I was looking at some fresh poetry there, and a man approached from across the street.  It was my friend Ruhel Islam, the owner of the place that was once and will again be Gandhi Mahal, the host for the program on Thursday of this week.
He was doing some community gardening.  He mentioned Thursday as well.  Ruhel is no quitter
*
I ask that you come, Thursday,  totally in peace.
*
Meanwhile, our country is in the midst of craziness once again.  Some people are just too uncomfortable with peace.  As the book title suggested years ago: “War is a force that gives us meaning” (Chris Hedges, 2002).
The overnight Just Above Sunset, “Remembering Grenada”, reviews some current and past history which every one of us need to revisit from time to time.  There remains reverence for war.
*
We need to, again and always, be the people of peace.
One of the writings seen at the Gandhi Mahal site on August 22. 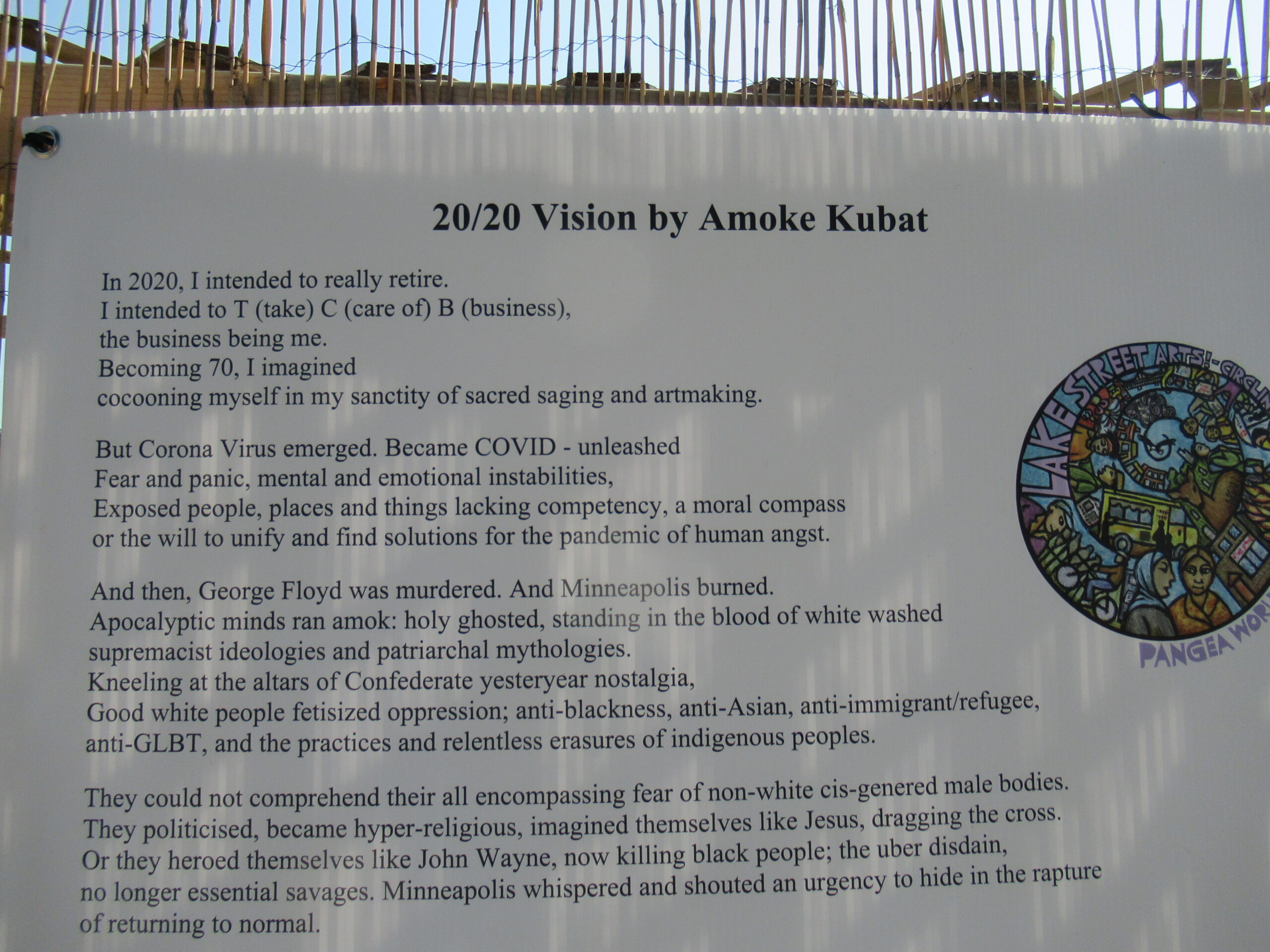 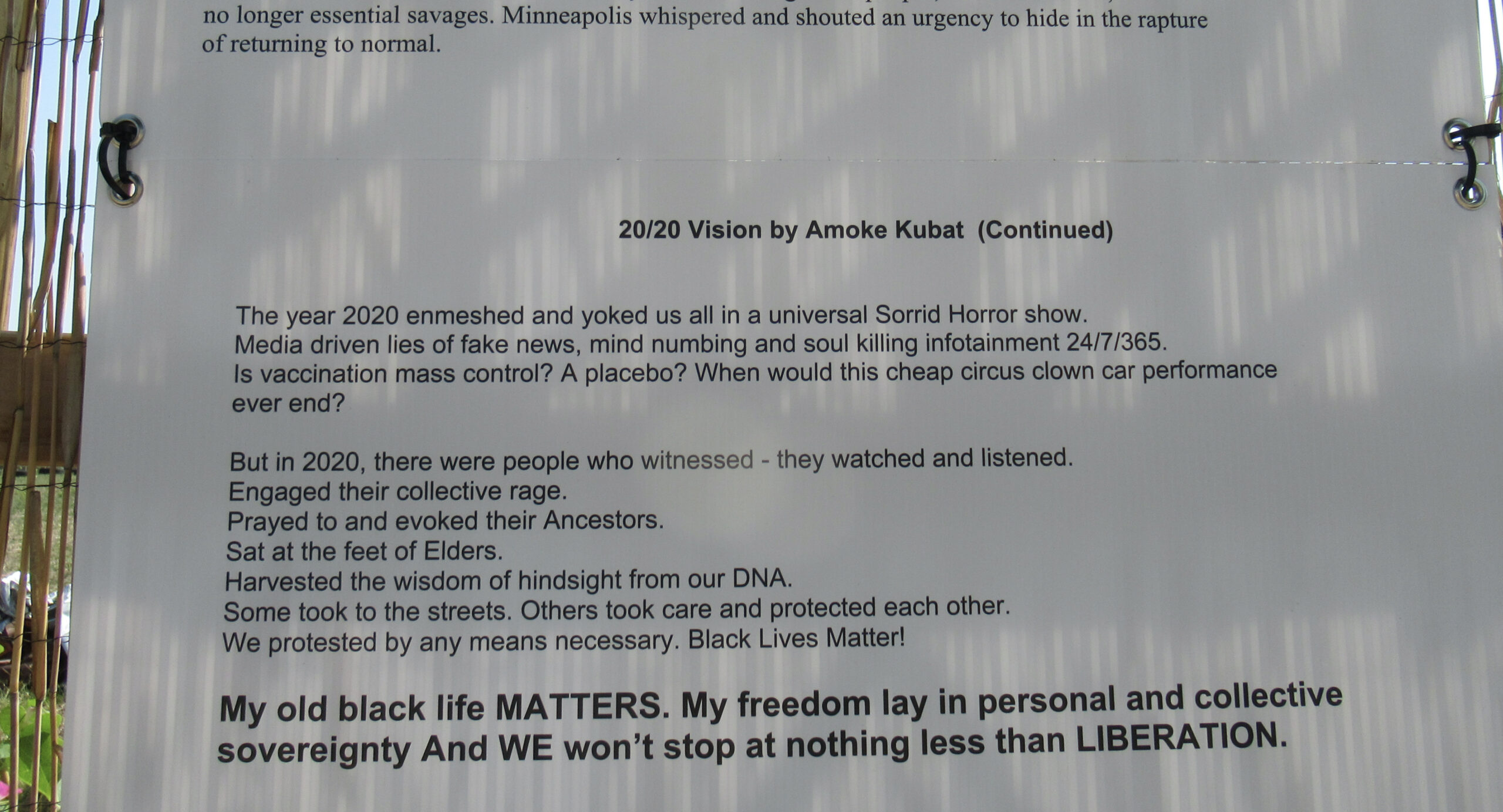