Our friend, Molly, likes to send around some favorite poems at seasons of the year.  Autumn began on September 22.  Here are her Fall selections – three pages: 2021 Fall poems.  Thank you, Molly.

A week ago I was interviewed via Zoom as one of many participants in an international DNA project.  The interview was brief and in my recollection there were five questions.  One of them was “What’s identity for you?”  I asked for time to think about this one, and overnight came up with a pretty long list.  But the meat of my response to the question was also brief: “At 81 years, I think I can honesty say my preferred identity is to be part of the human race, which to me is all-inclusive.”

Anyone who walks the same planet as I do knows that we live in tribes now.  My ideal is probably seen as naive.  But I’ll stand my ground.  We’re in this walk to the future together, whoever we are, wherever we live.

I title this post, simply, Peace and Justice.  If you have an interest in peace and justice for all, I want to strongly recommend the two initiatives which follow.  I know both persons over a lot of years; they have good ideas, they work hard and they deserve support.  I especially encourage your sharing this post and information with others.

I met Dr. Michael Knox in 2006 and have promoted his initiative since the beginning.  I’d encourage your purchase of the book, and becoming a founding member of the organization yourself.  This is a long term project.

The Peace Memorial Foundation website is here.  On July 17, 2021, the Tampa Bay Times published a column about the proposed US Peace Memorial. I joined the US Peace Memorial Foundation as a Founding Member in 2006 and served as Coordinator for MN for many years. The Foundation now has 427 Founding Members. They come from forty-five states (plus the District of Columbia, Puerto Rico, and the U.S. Virgin Islands). I’m proud to say that 10 percent (43) of these supporters live in Minnesota. All information about the initiative, how to donate, etc., are easily available at the website.  I’m proud to say that I was the 27th founding member of this Foundation, and the first from Minnesota.

The 309 page book, which I purchased through Barnes and Noble is filled with useful information. 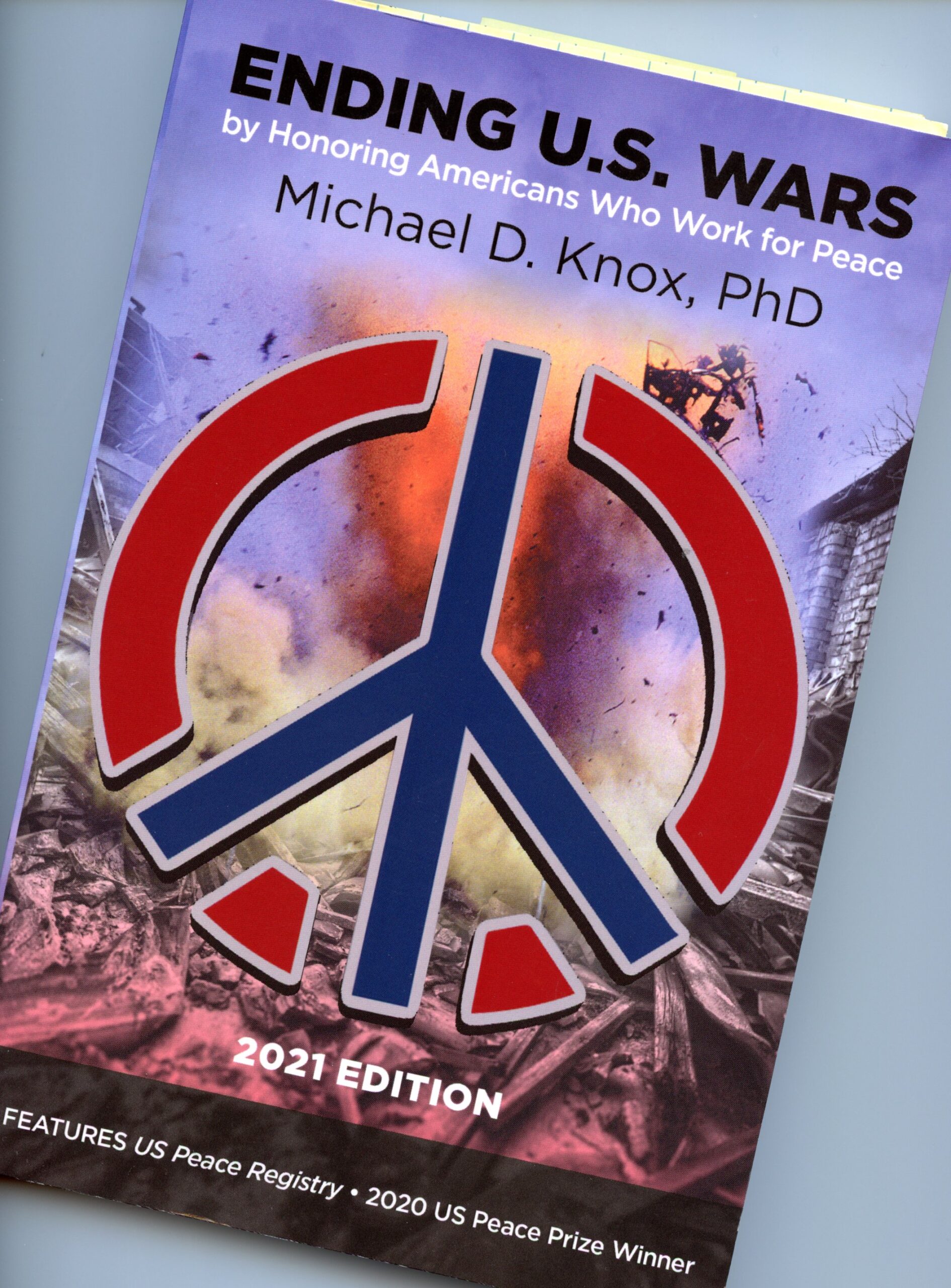 Portraits of Peace by John Noltner.

I met John Noltner at a meeting of the Minnesota Alliance of Peacemakers about ten years ago.  He was in the process of reinventing himself – the near meltdown of the U.S. economy in 2008 forced a change in focus from previous work with major magazines and in the corporate world.  He has done amazing work – Portraits of Peace is his third book, just released.  Until it was interrupted by the pandemic, his series called “A Peace of My Mind” was in four exhibits traveling nationwide.  His website is well worth a visit.  The first panel gives information about the book.

I’ve had Portraits of Peace for only a few days, and chose to read a random selection of three chapters from the 31 chapters in the 201 page book.  Each chapter tells a story, many, perhaps most, with a single photograph, and in my opinion, each chapter would be worthy of a book club discussion group – one chapter at a time.  Each are gentle calls to action.  This is not a book for speed reading.  The selections are usually 5-10 pages, brimming with food for thought and personal reflection.  The subjects are ordinary people from all over the country, all representing the diversity that is America.     This book is readily available anywhere you like to buy books. 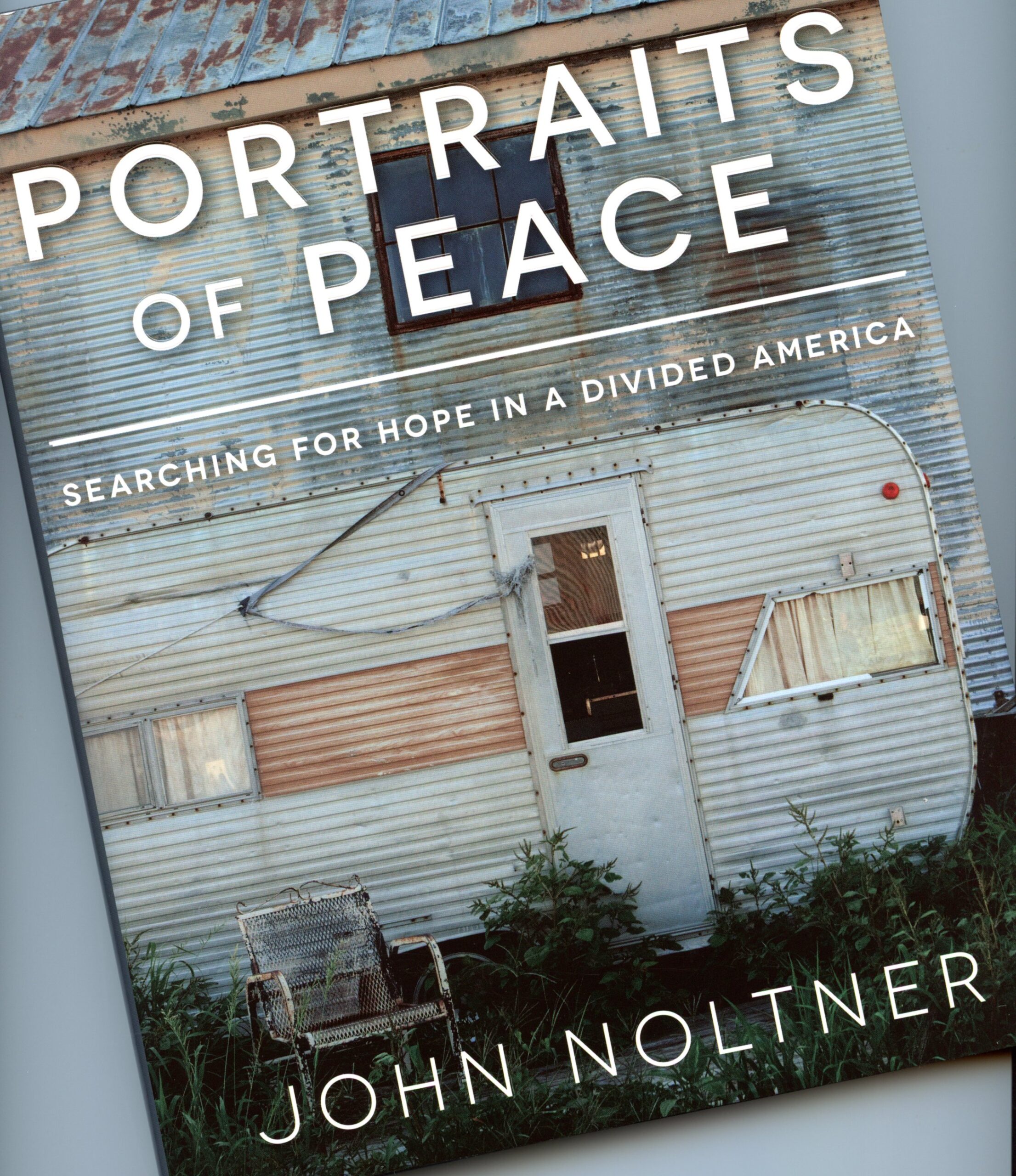 Check back for more topics on current issues beginning in early October.