Shortly, the made-for-tv crime show, “The Impeachment of the President of the United States”.

It is a deadly serious event, with consequences for the remainder of American history.  At the same time I’m sort of preparing for a spectacle like “The Apprentice” or, more likely, “The Wizard of Oz”, featuring among others, Dorothy, the Wicked Witches, the Tin Man, Scarecrow, Cowardly Lion and, yes, the Wizard himself in the grand finale.

We’ve all seen “The Wizard of Oz”.  Nowadays I’m sure there are some great analyses on-line about the author and his intent about his story, the little girl, the actors and actresses who played them in the movie, and the tornado in Kansas.

I’m writing these few lines before the big show begins.  Here is the ‘file” from the last few days.  The evidence has been developing over a period of more than four years.  This trial is deadly serious, with implications far belong its short term.

All comments, and I encourage them, will be added here. 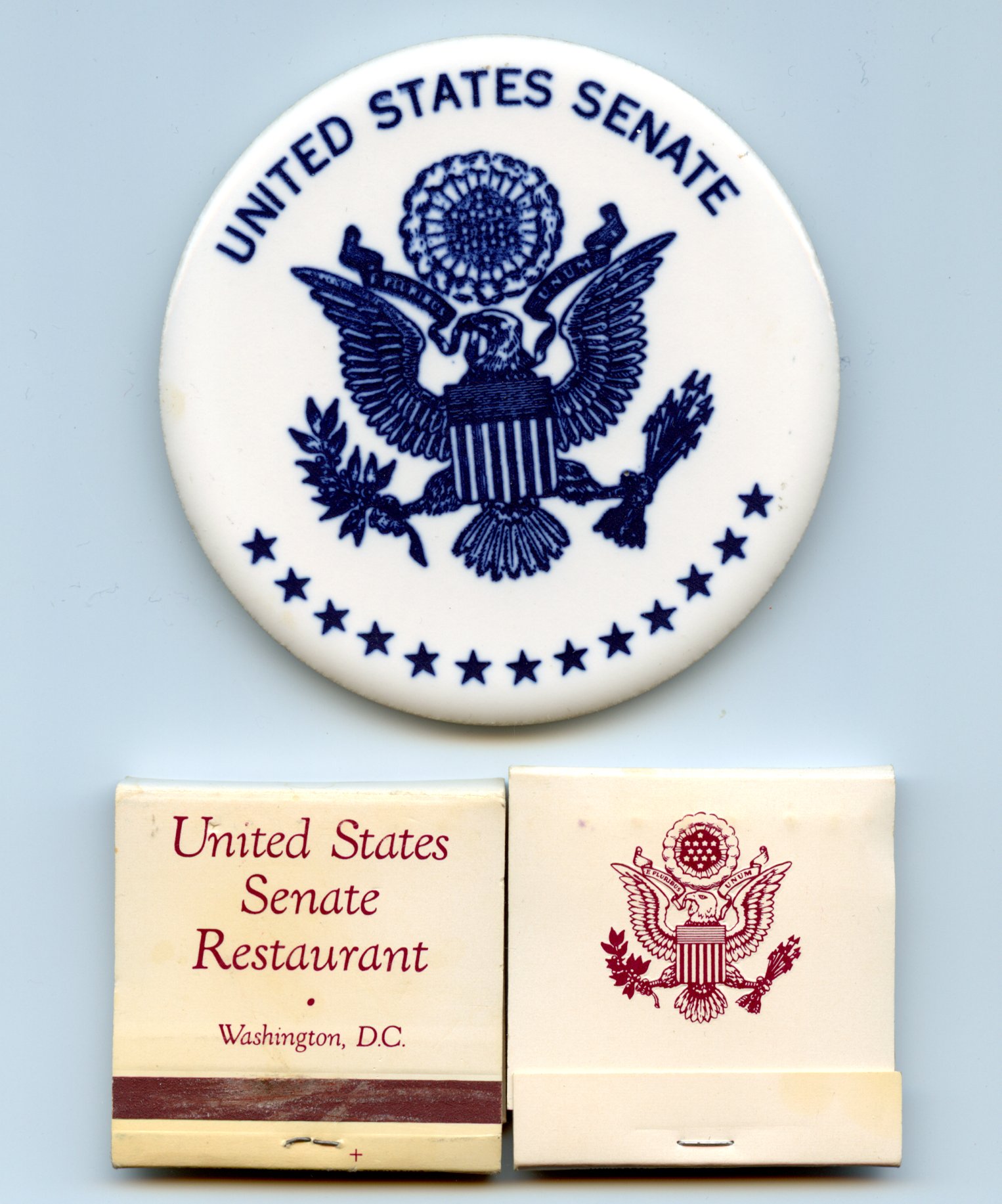 Mementoes of my single visit to the U.S. Senate in about 1985 as a guest of a Senate staff member. 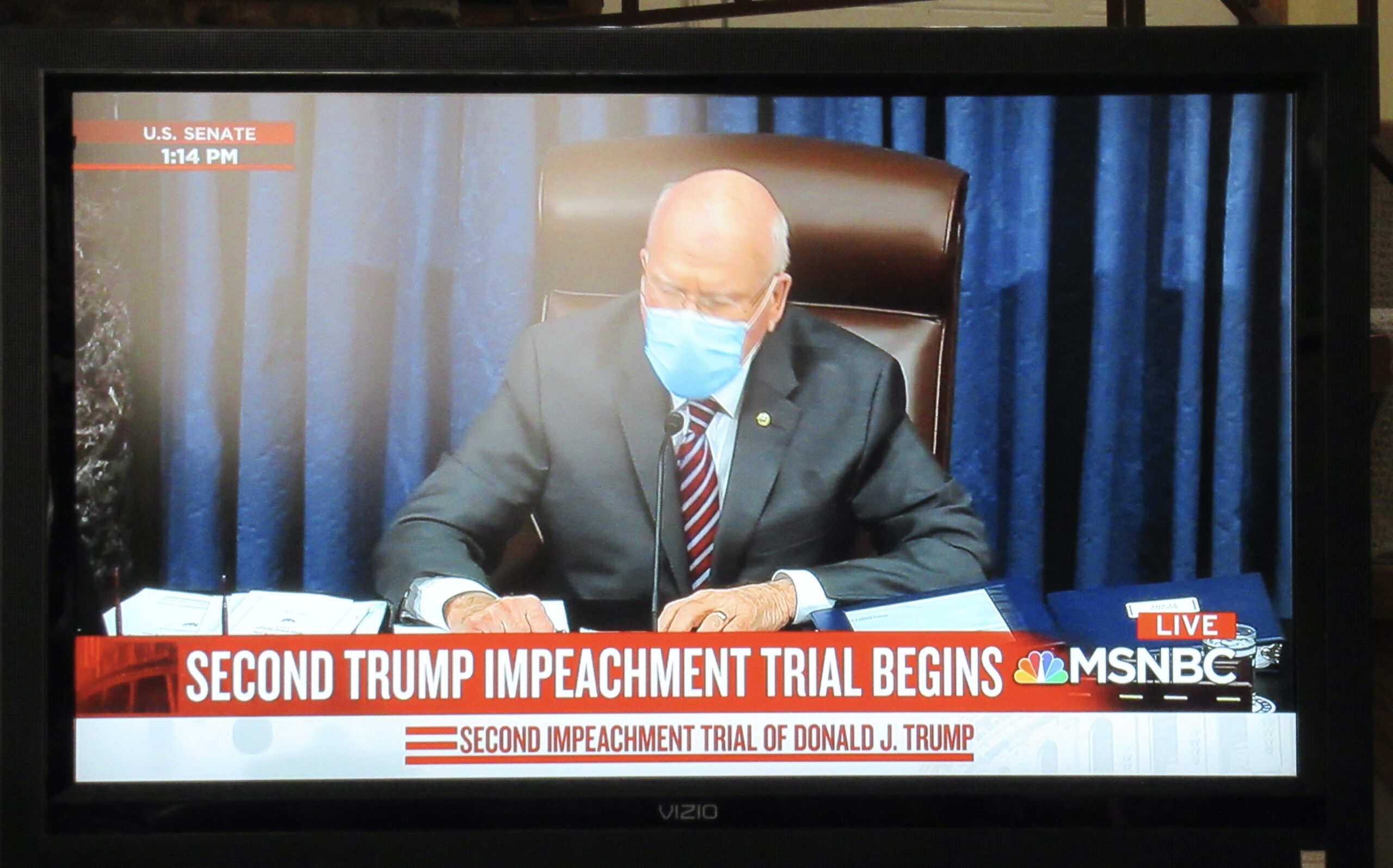 Sen. Patrick Leahy, presiding at the Trial in the Senate, first day.

9 p.m. Feb. 9: First day related specifically to the Constitutionality issue of impeachment hearing for Trump after he left office.  Vote was 56-44 that issue was appropriate.

The proceedings seem quite similar to legal, but are really political, under Senate rules, and procedures under the U.S. Constitution.  I am quite familiar with how Law and its interpretation works, from direct experience.  Most persons have little direct experience above routine things, like traffic tickets, or Wills or such.

Before today, I telegraphed my opinion of the matter at issue in brief pieces of writing to persons close to me:

I plan to watch as much of the proceedings as possible.  Everyone in the country will have exactly the same opportunities as I.

POSTNOTE, Feb. 10: overnight, from Just Above Sunset, “Day One Won”.

Briefly, re the Feb. 10 trial, which I watched almost in its entirety in the afternoon.  On display was demonstration of an essential difference between the Republican and Democrat parties at this time in history.  Recently, I had written another friend who had asked to be taken off this blog list.  Certainly I have no problem doing that, for anyone at any time.  I did write him, a personal letter, friend to friend (I’ve known him for many years).  The essential difference between the two parties, I said, is that the Democrats generally are inclusive; the Republicans exclusive.   This was on display yesterday in the House Managers on the Senate floor, who fully reflected the diversity of America.  While the mob attacking the Capitol was by and large outraged white men and women.  We have a great deal to learn.  That series of racism I’ve touted here on several occasions over the months, which I first saw in person a year ago this month, is still available, free, on-line here.  Scroll down to “Becoming Human” for details.  There are six one hour talks.