“If you want to make peace with your enemy, you have to work with them.  Then he becomes your partner.”  Nelson Mandela 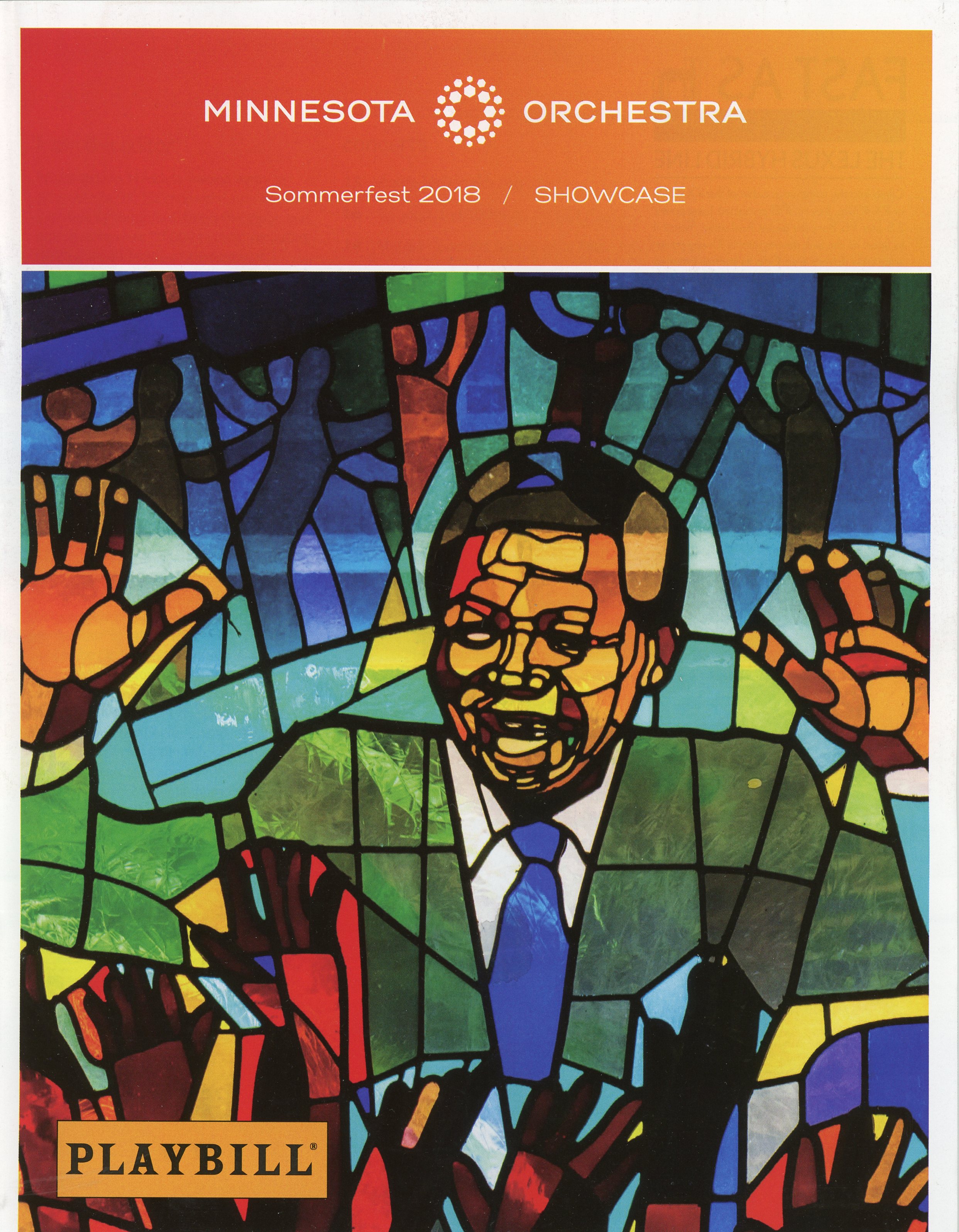 Sometimes I stumble on things, such as last night at the Minnesota Orchestra.

We were unable to attend the last program in our subscription series, and had a deadline of August 1 to select an alternative.  There were two Beethoven’s upcoming, and we invited our neighbor, Don, to pick the date, if any.  He said July 21.  And so he and I happened to be at Orchestra Hall for the finale of what must have been a great day of celebrating the Centennial of Nelson Mandela’s birth: July 18, 1918.

This morning, Basilica’s newsletter “cover story” was a column by Janice Andersen about a Basilica group visiting South Africa a few months ago.  You can read it here: Andersen – S. Africa002.

Sometimes I just stumble into history.

Nelson Mandela is such a universally recognized person these days that any link I provide would be superfluous.  Choose your own.  He went from Prisoner to President of South Africa; and the white person who peacefully transferred power was then President  F. W. de Klerk, who with Mandela earned the Nobel Peace Prize in 1993.    You can revisit their respective perspectives in 1993 here.  You can access each of their Nobel Lectures at the time they received their award.

de Klerk is the forgotten man in this duo.  He is the South African white leader whose lot it was to peacefully transfer power to Mandela, beginning the process of change to a new way of looking at the matter of race in this country where Apartheid became a universal symbol of repression.

On a poster at Orchestra Hall was a very brief sentence describing de Klerk’s role.  In another poster, and in the work Harmonia Ubuntu, World Premiered on Saturday, was the Nelson Mandela quotation that leads this post.  (More about the work here: Harmonia Ubuntu001)

In another “stumble” back in 2012, I had an opportunity not only to meet F. W. de Klerk in person at the Nobel Peace Prize Forum at Augsburg College in Minneapolis, but to hear his own statesman’s address as a laureate.  (Mandela was not in attendance; he was in fragile health and died about a year later.)

But I had an additional and unique opportunity to actually see de Klerk express his emotions in a most innocuous way at the Peace Prize Festival.

Strictly by chance, I was seated in the second row in the gymnasium at Augsburg.  At my right, came de Klerk and the group that was ushering him around.

There was some unheard conversation, while waiting for some first graders to sing a song, and de Klerk, obviously insisting, came and sat directly in front of me, raptly paying attention to the always captivating young singers.

I could see a grandfather sitting there in front of me, much more than just a VIP….  It was a memorable moment of peace that I will not forget. 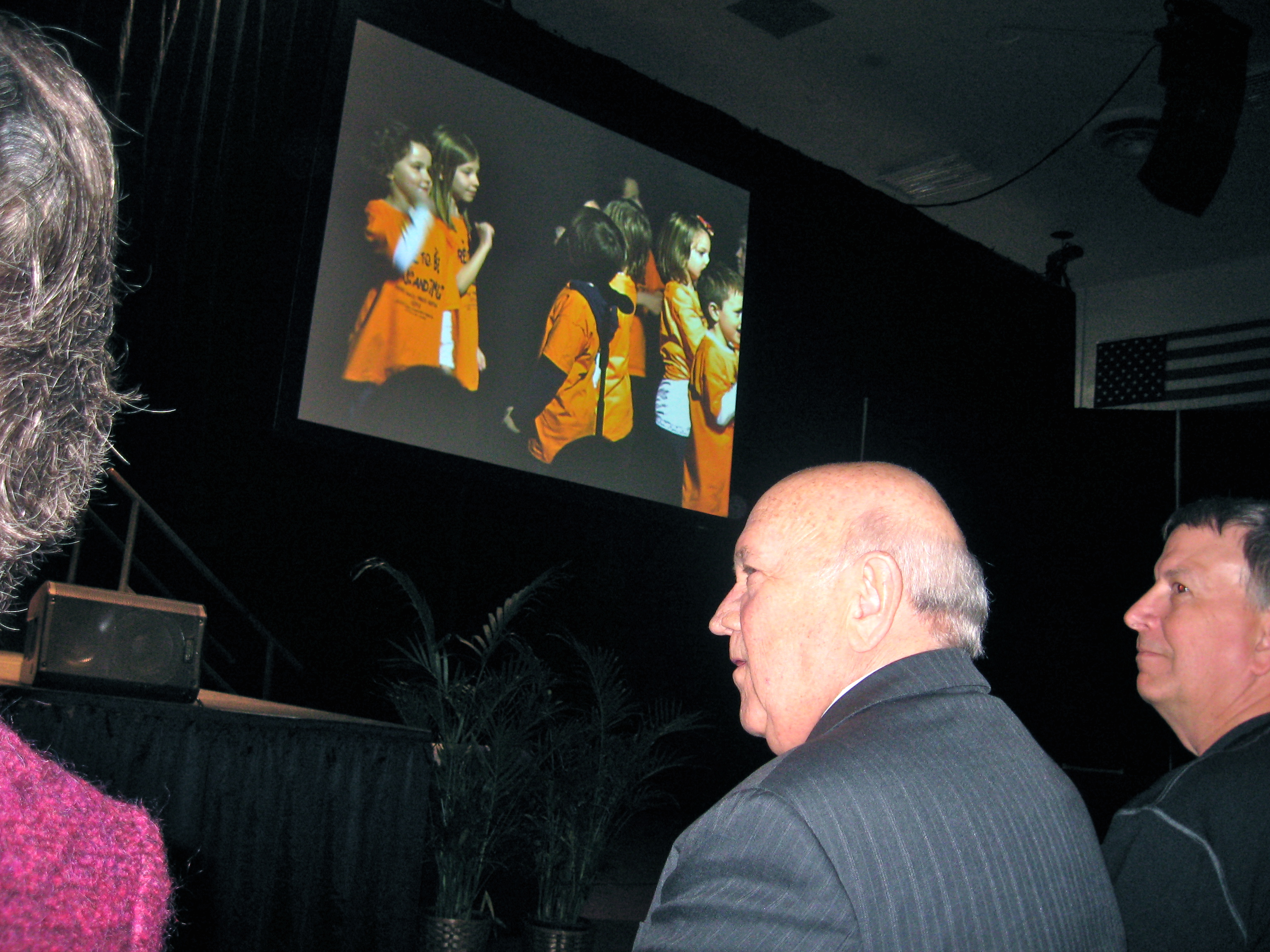 F. W. de Klerk, March 2, 2012, Nobel Peace Prize Festival Augsburg College Minneapolis MN . The students who he was watching at his left also show in the television screen in this photo.  Photo by Dick Bernard.

de Klerk and Mandela are not the only statesmen on opposite sides who have won the Peace Prize.  The prize, I think, recognized the risks both leaders had to take to accomplish even a small amount of change.

The risk was a huge one for the designated leader of South Africa, de Klerk.  Nelson Mandela had already paid his own great price.

As everyone knows, progress comes in increments and not in bunches.  S. Africa is not a perfect society.  It wasn’t.  Neither are we.

But South Africa will never be the same again.

Democracies do not work by themselves.  They depend on citizen involvement and risk taking.  We get what we deserve.

Mandela and deKlerk and many others have made and will continue to make a big difference, everywhere.  But as Gandhi so correctly said, long ago: “We must be the change we wish to see in the world.”

This years Nobel Peace Prize Forum comes up Sep 13-15.  Give yourself a treat.  All information here.

The Minnesota Orchestra makes a two week, five venue, tour to South Africa in August, the first ever for a United States Orchestra.  Check their website for more information.

Dr. Maureen Reed, former Executive Director of Nobel Peace Prize Forum, begins her second year teaching about Nobel Laureates in September.  Program details about Out of the Lab and Into the Fire: Scientists and the Nobel Peace Prize are available here. 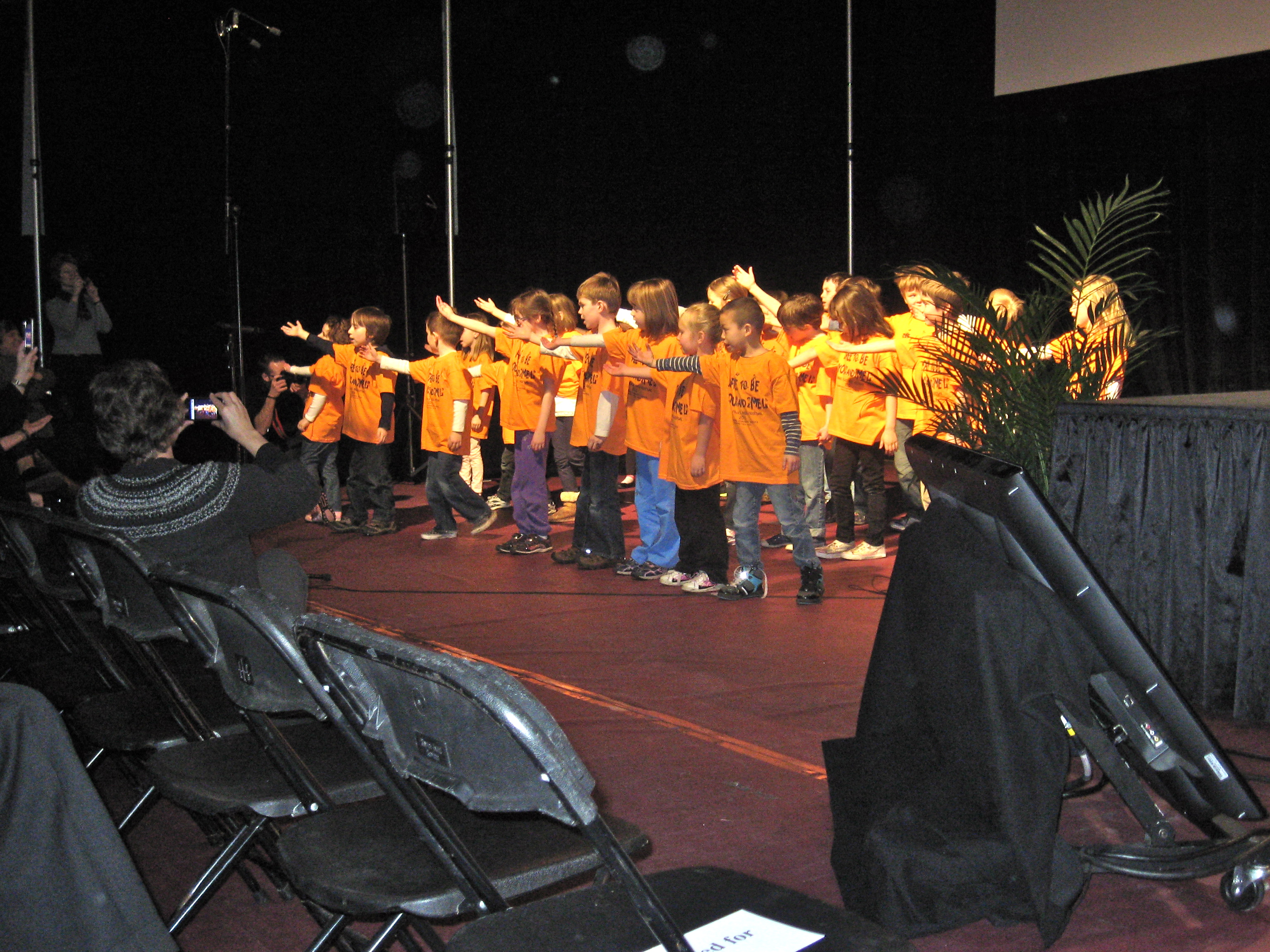 from a friend of classical music:

Thank you for the perspective.

Many Orchestras in the US have spent the year recognizing the work of Leonard Bernstein on what would be the 100th anniversary of his birth (Both Bernstein and Mandela were born in 1918). I find a touch of irony in the Beethoven played last night during the Mandela recognition and on their tour of South Africa.

There are many spins on the intent of the content in the Beethoven 9. But I do find a touch of coincidence that Bernstein conducted the 9th in Berlin on Christmas Day in 1989, celebrating the fall of the Berlin Wall. The cause of freedom and social justice seem to be ever-present. At that time, Nelson Mandela was still in prison and would be freed in about seven weeks on February 11, 1990.

On Christmas Day 1989 Berlin (and soon the world) experienced something like a celestial gift: the “Ode to Freedom,” a composite event, spread out over the centuries so to speak, by Schiller, Beethoven – and Leonard Bernstein. The occasion was to celebrate the fall of the Berlin Wall in a manner which would impress itself once and for all on people’s minds. The Ode “To Freedom” – as Bernstein had the soloists and chorus sing in the final movement of Beethoven’s Ninth Symphony – indeed symbolized for many Germans a depth of joy they had hitherto hardly known: freedom, a gift from the gods.