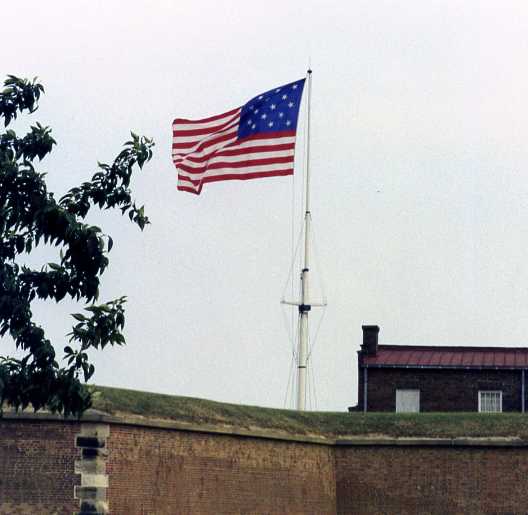 Have a great 4th of July weekend.  This seems to be the first “post-pandemic” weekend in 16 months.  I hope and pray there isn’t bad news on the other side….  Today, I dropped in at Barnes and Noble and bought the new book, “Preventable”, by Andy Slavitt, “The inside story of how leadership failures, politics, and selfishness doomed the U.S. Coronavirus response.”  I haven’t read it yet.  I think it will prove to be a real learning opportunity for all of us.  The two page “Preventable Timeline” preceding the preface is worth it on its own.

If you wish, in your spare time, below are some other comments on items you may have been thinking about.

PRE-NOTE: In my last post, Memories, I had a 1930s photo of my Dad; this week I found a companion photo which I’ve added at the site, and Dad with his first country school students in 1929-30.  Take a look.

A great deal is going on.   Take your pick.

Just released is a 40 minutes video about Jan. 6, 2021, the insurrection at the U.S. Capitol, prepared and presented by the New York Times.  This may be accessible to non-subscribers.  Regardless, it is very well worth your time.  I watched it this afternoon.

Yesterday, a disappointing U.S. Supreme Court ruling further damaging the 1965 Voting Rights Act.  My opinion: rather than lament an unfortunate reality, advocates for voting rights need to redouble and double again efforts to not only get people registered under the rules in each state, but to get people out to vote; while continuing the fight to restore the Voting Rights Act.  Remedial legislation takes time, and apparently will not happen in this bitterly divided Congress, though efforts both in Congress and the Courts will continue.  Heather Cox Richardson has an excellent opinion here.  Her history specialty is basically the times during and after the Civil War.   Also, read “Only the Good People” here, for more things to think about on this issue.

The catastrophic building collapse in Surfside Florida is now more than a week ago, and the realistic assessment is grim, including the fate of the remaining structure.  Yesterday was our homeowners association meeting; and I think about the Champlain Towers Homeowners Association that had a say in, and legal responsibility for, the structure.  Associations like this are very common.  I’ve been a homeowners association board member, and president, and resident, the latter for many years.  People in such associations too often make assumptions and don’t pay attention until it’s too late.  Then it’s time to blame someone else for what went wrong.  Even worse, Champlain Towers and its implications for all of us is already becoming old news, to be replaced by some new disaster somewhere else, which will now make the news and get its 15 minutes of fame.  We are all “neighbors”…that’s too easy to forget.

Northwest U.S. is still under a devastating heat wave, and drought conditions are common many places in the west.  Today’s Weather section of the paper headlines “Smokin’ hot July 4th holiday weekend ahead“.  Scoffers about climate change say no big deal – it’s summer.  Those concerned about climate change think about the fire season about to begin and in recent years more and more severe.

Last week the Bishops of my Catholic Church (USCCB) raised an issue about possibly taking a position about who can go to Communion, (referred to as the Eucharist in my denomination).  In my opinion, the issue is not the belief surrounding the sacrament; rather it is just another power move by elements of the Catholic hierarchy to shame our President, who happens to be an active Catholic.  I think this maneuvering is shameful, and I don’t think I’m in a minority among the millions of people who are active members of my Church.

For the puzzled – the vast majority of Americans are not even Catholic – here is how the official Catholic newspaper of my Diocese positioned on the issue in its June 24 issue: Eucharist (Communion) 2021.  Personally, I thought Archbishop Hebda’s column was a good start in a needed dialogue, but just a start.

It is pretty hard to fix the actual membership of the USCCB.  There seem to be about 200 dioceses.  Each has at least one Bishop; a few are headed by Archbishops or Cardinals. (The Twin Cities diocese, where I live, has two active Bishops – the Archbishop and an auxiliary – and estimates of about 750,000 Catholics in 188 parishes, roughly one-fourth of the total population.  I don’t know how they determine who is counted as “Catholic”.)

Those of us in the pews are decision makers on what Communion means, to the extent we actually participate.  As the hierarchy knows, “Catholics” are a voluntary association of individuals. When we go to Communion, there is no purity test.  The wise pastor doesn’t stir this pot.  (“What would Jesus do”) is an interesting question when dealing with power players in Catholic, or any, Christian or other denomination, and make no mistake there is this kind of jockeying for power in other denominations as well.)

There has been a pretty consistent narrative lately that an economic recovery is happening in the U.S.; a companion narrative is employers are having trouble filling job vacancies.  This morphs into the suggestion that “free money” from the government is keeping people from going to work – the evil “socialism”.  As with any narrative, there is probably a little bit of truth in there somewhere, but by no means is it the whole story or even a substantial part.

Some time ago a few of us had a little discussion among friends, and one of us sent this comment which pretty well summarizes how I feel.  From Jeff, June 15: “we are currently in a short term (maybe? or maybe a longer term?) situation where labor is in short supply because of the recovery.  The biggest as you know from so much news on it is the lack of job takers in the service industry…..I think progressives are being insincere when they say the $300 per week unemployment isn’t having an effect, it probably is…. but when labor is suddenly in a market based supply and demand situation (Capitalist GOPers should be rejoicing!) The $9.00 per hour wage isn’t cutting it anymore…. or even if people are not on unemployment but due to the pandemic still having issues with childcare or eldercare….then that $9.00 per hour really isn’t cutting it.

Not sure you may have seen it last week, but I think there was a piece in the Washington Post about an ice cream shop in Pennsylvania that advertised for employees in mid-May 1 at $9/hour and didn’t get one application..the owner decided to test supply and demand and the market and in early June he re-advertised at $15 per hour.  Supposedly he got over 1000 applications within the week…. [emphasis added]
The talk on Fox etc is about the poor small business owners who cannot get employees…..or will not make money if they raise wages…..its the usual.“
Possibly, just possibly, American workers are waking up to the reality that they deserve a tiny bit larger piece of the pie that is the vaunted U.S. economy.
*
Finally, the week ended this week with the first Indictment of the Trump organization.  This is the first formal volley; it probably is not the last.  We will see as time goes on how this goes.
https://thoughtstowardsabetterworld.org/wp-content/uploads/2022/04/thoughts-300x138-1.jpg 0 0 dickbernard https://thoughtstowardsabetterworld.org/wp-content/uploads/2022/04/thoughts-300x138-1.jpg dickbernard2021-07-02 21:23:582021-07-04 13:45:37January 6, et al
3 replies

Memories The Fourth of July
Scroll to top