The count begins: Clicking on publish, November 8, 2022, 6 p.m.  About now the first polls are closing and actual counting begins….

This morning I was on my usual walk at the local Sports center.  The usual crowd was gathering, mostly seniors like myself who know each other, like people do at such kinds of gathering places, not close kin, but not strangers either.

One lady pleasantly said “how’s everyone doing today?”  A man behind me said, in a normal sort of way: “I Don’t know.  I haven’t voted yet.”  Enroute home, I saw an older couple jay-walking, obviously going home from the nearby elementary school, a polling place.

24 hours earlier I was at breakfast with a retired teacher friend and colleague of many years.  We weren’t talking politics, but Kathy was remembering my homemade Christmas card from 2001, largely because it featured on its front, feelings about 9-11 from one of her 5th graders (who’d be in his thirties, today).  I used to send the homemade cards every year, and I saved 5 copies of each.  Here’s the front of the one she remembered.  It says it all, for me, today.  For me, today is like the day before 9-11-01, except back then we couldn’t have imagined 24 hours later.  Now we can, but nobody – I mean nobody – knows anything for sure what we’ll wake up to tomorrow and following days. 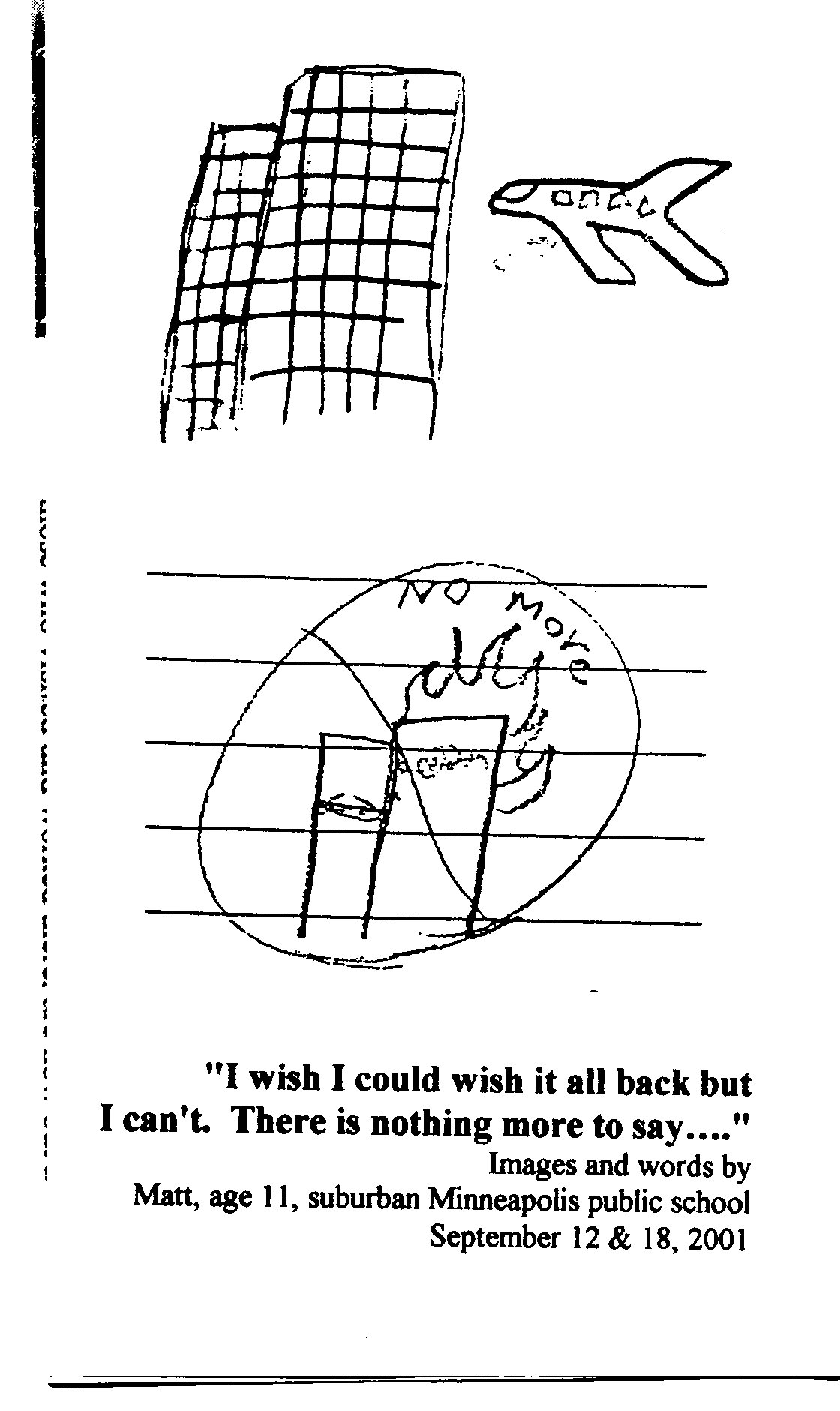 One thing is for sure, today: I hope this is not an “oh, what the hell” election, where people really believe that it makes no difference who they vote for, or whether they vote at all.

I don’t know who the “call and response” people I saw this morning are voting for; nor for the jaywalking couple.  We have a secret ballot, but in a way it does feel like the Monday before 9-11-01….

Somewhere out east the first official tally of votes for the 2022 election has begun (I’m deliberately publishing this at 6 p.m. CST Election Day).  The speculation of many months will be confirmed…or not…over tonight and possibly the next weeks.  At some undetermined time, we’ll know what we decided as citizens, from the most obscure local office to our country’s leadership in Congress and Senate.  Truth will out.  There’s no do over, until the next election, which may be too late.

I’ll venture my personal opinions. about this year on November 22 – two weeks out.  Check back if interested.

A Personal Retrospective: The 2022 election season began, for me, May 28, 2020, the night Minneapolis and St. Paul were set on fire.

May 28, a relative called from North Dakota about how marauding gangs were coming to Minneapolis, about the same time reports were coming about burning buildings in south Minneapolis.  I succumbed to fear, and brought in the iron objects on our patio – weapons that could be used to break in.

Now I remember it as crazy behavior.  Which gang would pick my house among tens of thousands to break my windows and savage us?  But for one evening that furniture sat in our family room, and the next day I took the below picture. 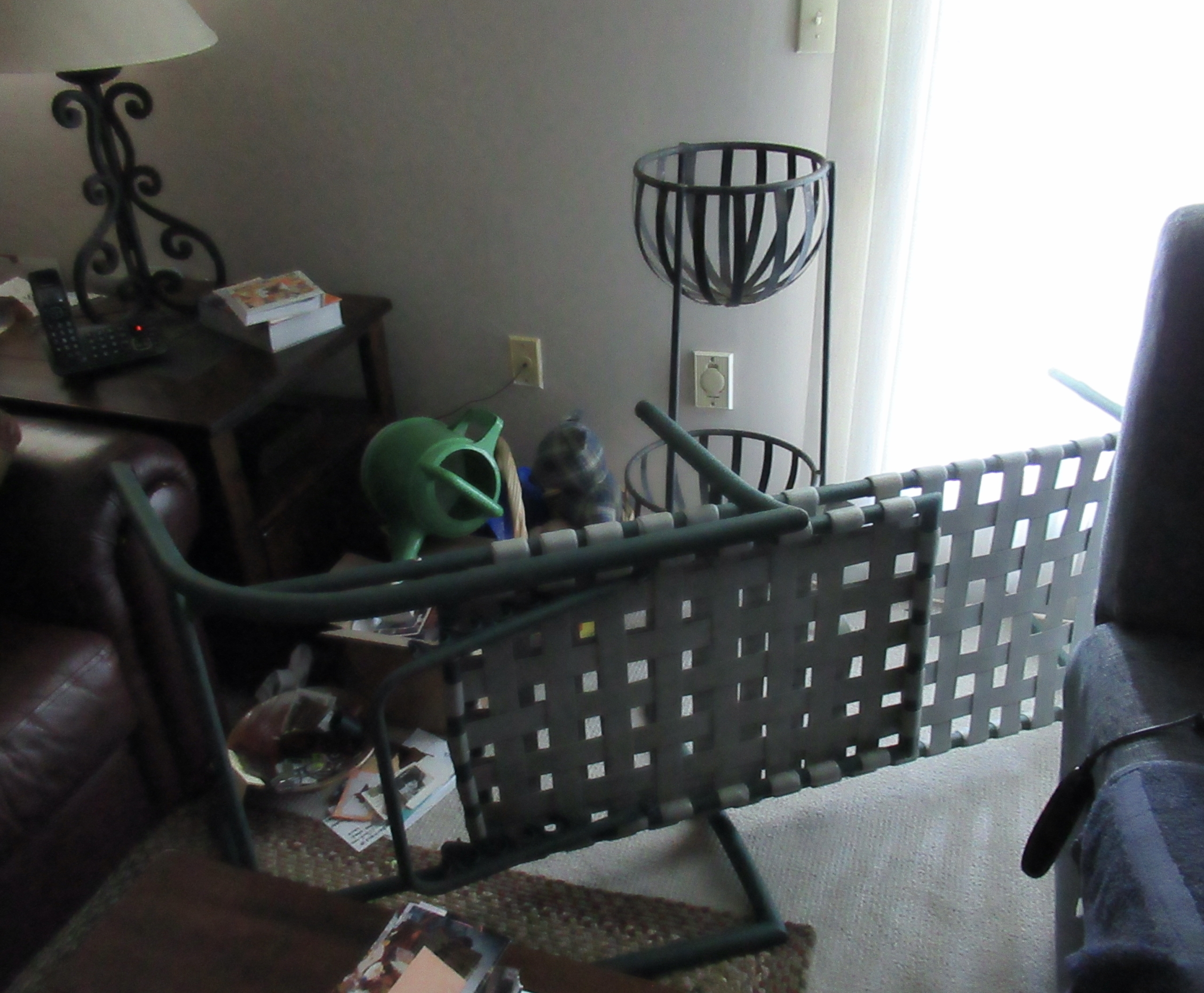 Of course nothing happened at my house, my neighborhood, my community those nights.  You know how fear works.

But in Minneapolis and St. Paul, masked vandals (after all, it was at the worst part of Covid-19 and most people were masked), set lots of fires, including burning down my friends restaurant at 27th and Lake Street Minneapolis on the evening of May 29.

His lot is still vacant – I was over there on Sunday. 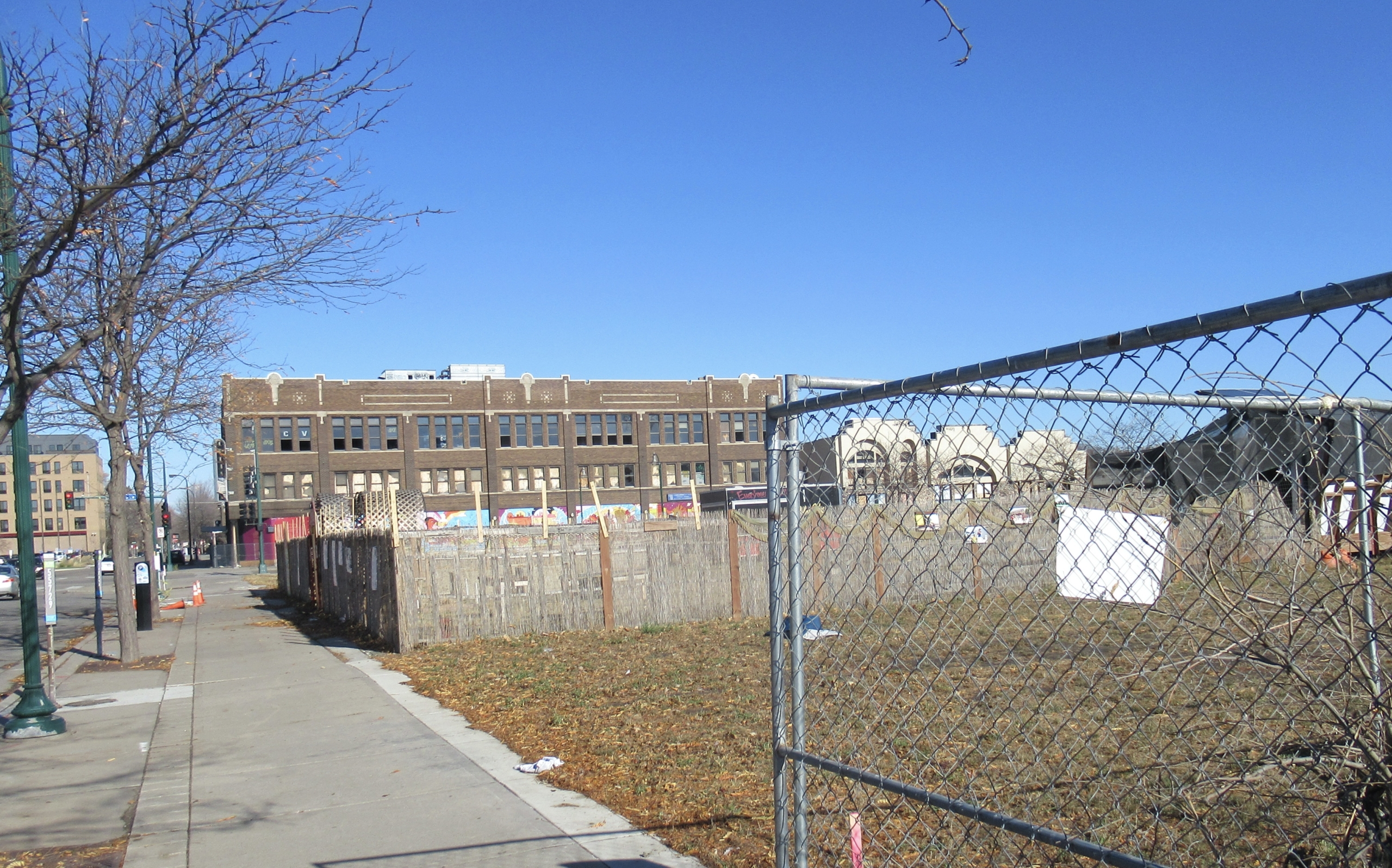 Gandhi Mahal block, 27th at Lake Street, Minneapolis MN Nov. 6, 2022 Gandhi Mahals vacant lot is the area fenced in by a reed fence, which has been there for over two years, and not damaged at all.

The post office, burned to the ground, is being rebuilt on the corner (to the photographers right), but the rest of the block is still vacant more than two years later.

There’s silence on indictments and convictions – my friend had security cam, but it burned along with the restaurant.

Because of the masks, we’ll probably never know who did the deeds in May 2020.  I can’t believe that it was the residents of the neighborhood who burned down their own locally owned businesses. Conversely, by no means is it a stretch, knowing what we now know, that this could have been orchestrated political gang activity.

In my trip to the site of Gandhi Mahal the previous Sunday, I saw one last, doubtless intentional, memory of the fire in the spring of 2020. 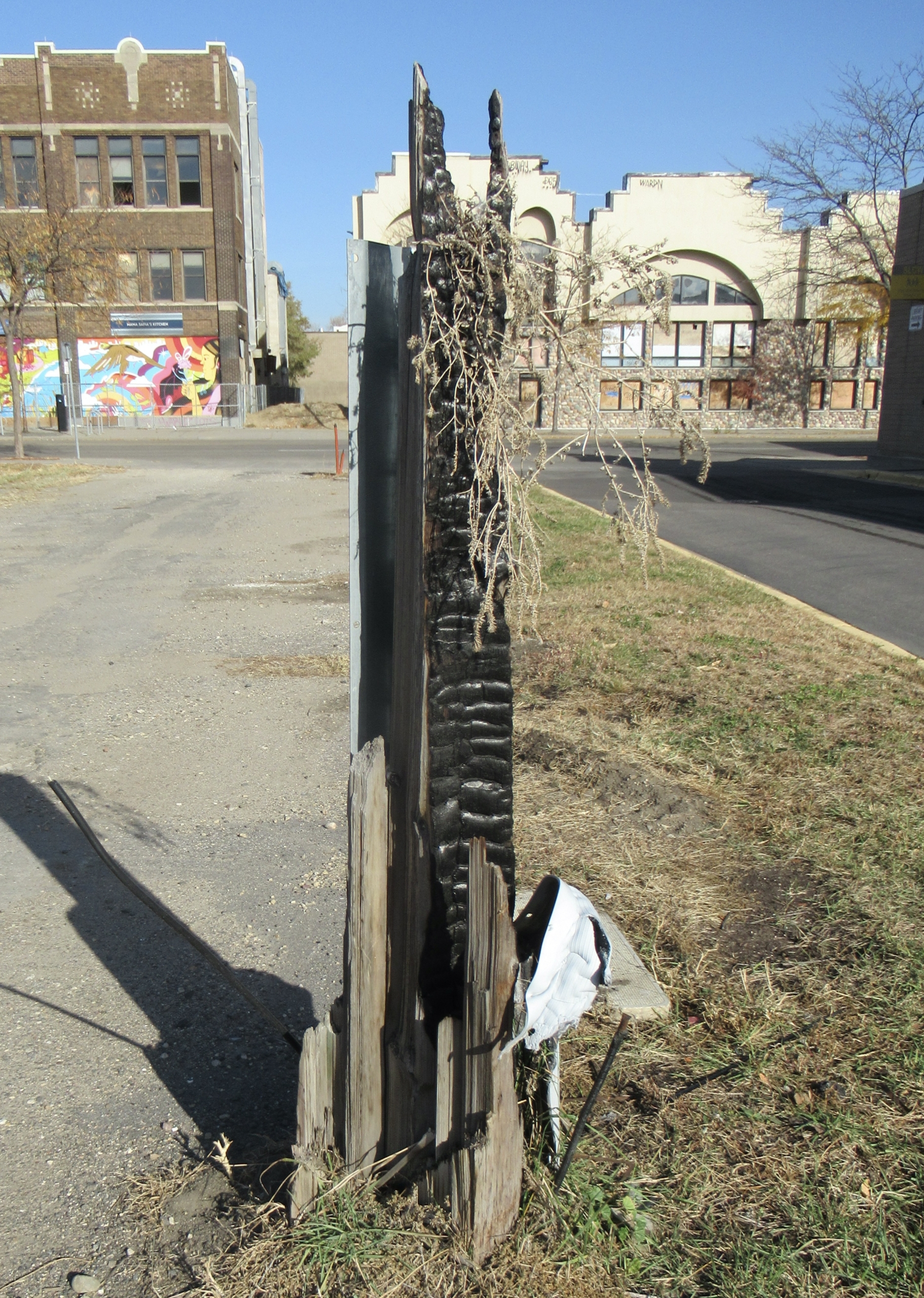 Commit to being more active than you’ve ever been, regardless of outcome.  Citizens are democracy, period.  We can build it, maintain it, or destroy it, just by the single act of who we elect.

24 Hours Week Ahead
Scroll to top