TIP: Sunday, we watched a preview of  a very powerful film which is opening today on Netflix.  The title is “My Best Friend, Anne Frank”.  Running time: one hour 43 minutes.  Do take the time.  You won’t regret it.

I’m planning at least two more commentaries in next two weeks: on Black History Month; the other on Pubic Education.  Check back.

Today is my Precinct Caucus day.  This will be most unusual – no in-person meeting, with a convening time nonetheless.  Submission of candidate statements, resolutions, etc.   Pre-registration on-line.  It will be interesting.  Covid/Omicron of course is involved; but more importantly redistricting maps aren’t yet available so nobody is sure what the district will actually look like, and on and on.  Every setting is different, of course.  Here’s how my Senate District is doing everything it can to make the precinct accessible to everyone.

I appreciate the folks who organize this and subsequent events leading to election 2022 in November. 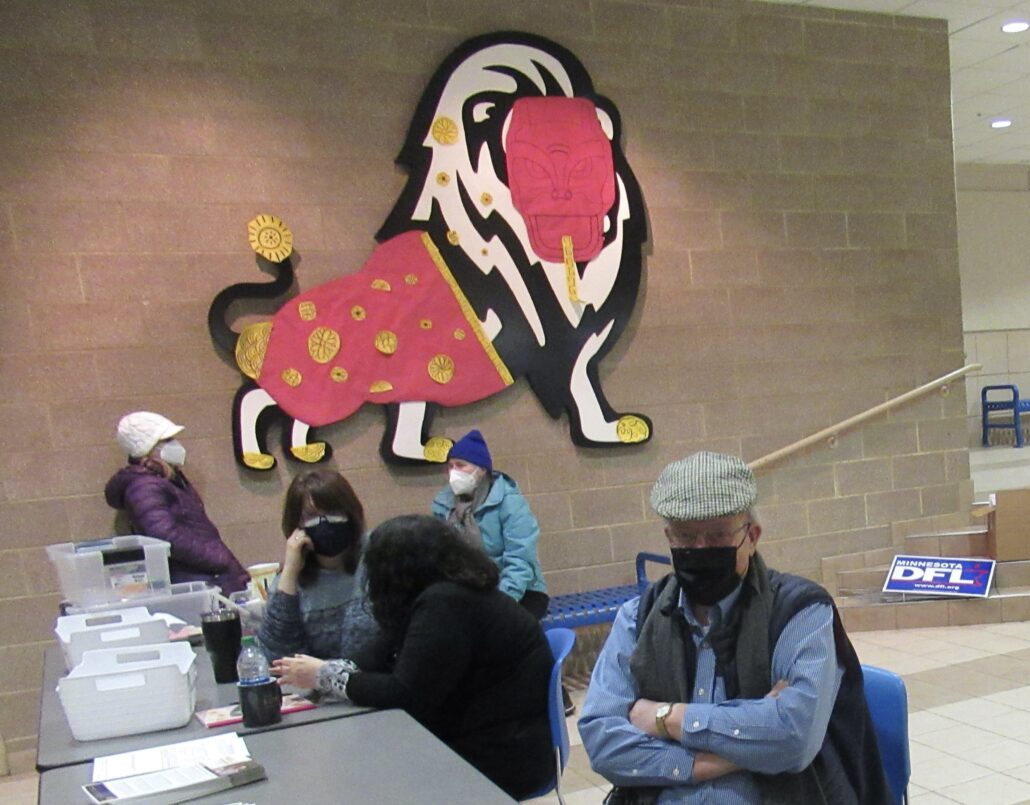 SD53 DFL Precinct Caucus Feb 1, 8:30 p.m. Woodbury High School.  There were a total of nine persons there when I arrived. I expected two. Given the circumstances this year, I thought everything for this years caucus was very well planned and executed. The preparation is for the next level, after redistricting decisions have been made. THANKS to everyone involved.

We are at an exceedingly dangerous time in the history of our democracy.

We are besieged by “communication” and can pick and choose what to believe, whether it is true or not.  Far too often the information is deliberately false….

Someone wrote a few days ago: “There is documentation of President T_____’s request to Nancy P and Chuck S for National Guard troops (Jan 6) – There is also documentation of their refusal.  It is possible that the copies they have were destroyed.”

I asked for documentation.  Of course, I’ve seen none…and I almost certainly won’t.  There is none.  The charge is all that matters.

Neither Pelosi or Schumer control such things as the National Guard.  In the case of Washington D.C. Jan. 6, best I understand control of the NG was Department of Defense, per then President the United States, commander in chief.  But who cares?  Building on a lie is important.

It used to be that communication was more or less universally understood.  No more.

Years ago – long before new innovations like Facebook – I described it as “more ways to communicate less”.  And that was light years ago.

People isolate themselves.  Last week I met in person with a candidate, and before the meeting just wrote down means of information I’d used/heard about in the day or so before: “Handwritten letter, Facebook message, Apple Message, Text  message, Phone call, e-mail, U.S. mail, Website”.  Yesterday a friend talked about how her group now communicates: basically text only.  You can extend this list on and on and on.  Something like this blog is far too long for a devotee of text or twitter….

Back in the old days – 1991 – I was at a communications meeting where a presenter shared a “Hierarchy of Effective Communications”  from Ragan.com in a then-publication of theirs called pr reporter.  I asked for and received permission to reprint

Here was their list, in order of effectiveness, now over 30 years old:

I venture that the list would be very different today.

I commented on this hierarchy in a earlier blog I wrote in February 2004, which you can read in the archives section here.

No question: if you follow the news at all these days, it is obvious that there will be major efforts to suppress and discourage the vote of certain people in November, 2022, and future elections.

This may be true.

They have not yet been successful in eliminating the right to vote, only to make it more difficult.

Accept the reality for now.  Register.  Help others register.  However awful the rules.  Then, VOTE.  That’s what democracy is all about.