PRENOTE:  My Comments on the Ketanji Brown Jackson hearing in Senate Judiciary this past week, here.

Last Sunday, my sister in New York State invited family members to visit the live webcam overlooking the business street in Park Rapids MN.  We agreed to rendezvous there by phone at 2 p.m., at which time my Park Rapids sister and her husband would make their cameo appearance on line, for 15 minutes.  They followed through.  You can see them standing behind the cars in mid-street (the normal parking pattern on this street in Park Rapids).  There wasn’t much drama!  On the other hand, it was an interesting view of small town Minnesota. 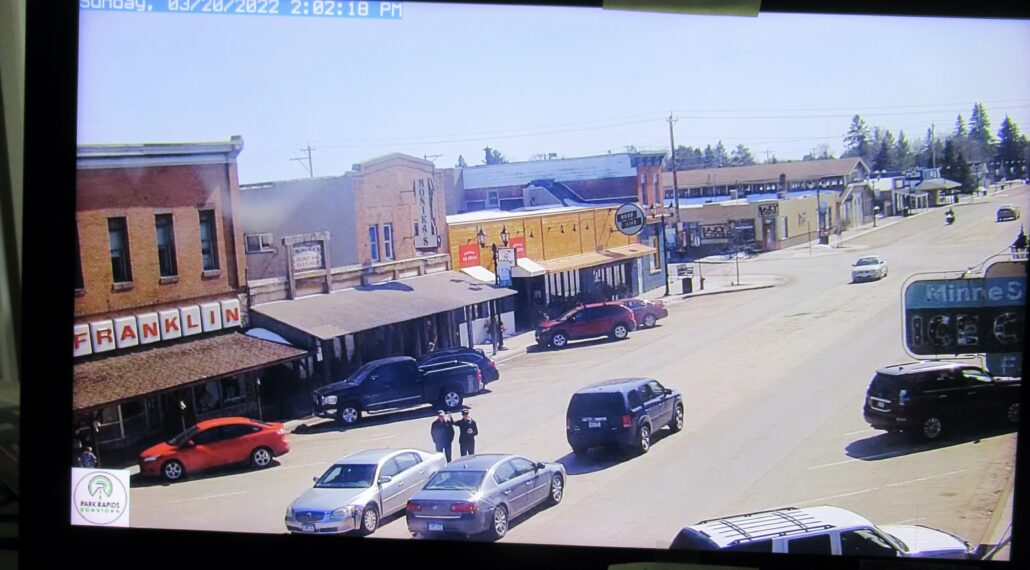 My brother John, lunching with a friend during a break in biking in San Francisco, was on line.  There was the usual sibling banter, including John, who said:  “I was sharing the live stream with my friend Jim as we were having lunch in San Francisco. His comment?  “Why are those people blocking traffic by standing in the middle of the road?”

Soon Flo and Carter’s 15 minutes of fame ended, and back to our respective lives.

Afterwards I got to thinking back to this street, which is very familiar to me, as Flo and Carter have lived their entire 50 years of marriage either in or near Park Rapids.

Park Rapids is a tourist town and those streets will be busier in fairly short order.

I got to thinking particularly  about a Lumberjack Days Parade on this very street, probably in the early 1980s.  The webcam looks south.  On the day in question I was probably two blocks down from the Ben Franklin.

This was an annual parade – maybe it still is – and the year I’m thinking about a lady and two of her kids from Belfast – Catholics, one of them Colm – were visiting a family at a nearby lake, and they came into town for the parade.

This particular parade had an especially elaborate unit from somewhere, which every block or so reenacted an Eliot Ness raid on the Capone operation in Chicago during Prohibition.

This was an active unit, lots of yelling, and running around, gunshots (blanks of course), and the like.

It was very entertaining, but not to the lady from Belfast, which at the time was still in what has come to be called “The Troubles”, where gunshots and lack of safety in the streets terrified residents, including Colm’s Mom.

The parade most all of us saw as entertaining was traumatizing to the visitor from Belfast.

The recollection reminds me that what we are watching play out in Ukraine and surrounding countries, is no entertainment to the millions of victims living there, while we can watch at our leisure on television.

Ukraine is the latest chapter of a deadly century particularly in Europe.  We are well advised to learn from past mistakes, which is not simple when some think that replaying the same movie, as happened on that street years ago, will yield different results.

In the home farm “junk” I have a 20 page booklet published in 1965 by the C.S. Hammond Company entitle Atlas of World War II, 20th Commemorative Edition.

Below is a photo of one of the maps in the booklet.  Here is the same map in pdf: Atlas of WWII 1965. (The text partially obscured by the bomb at upper left: “Europe’s Troubles in the 1920s”) 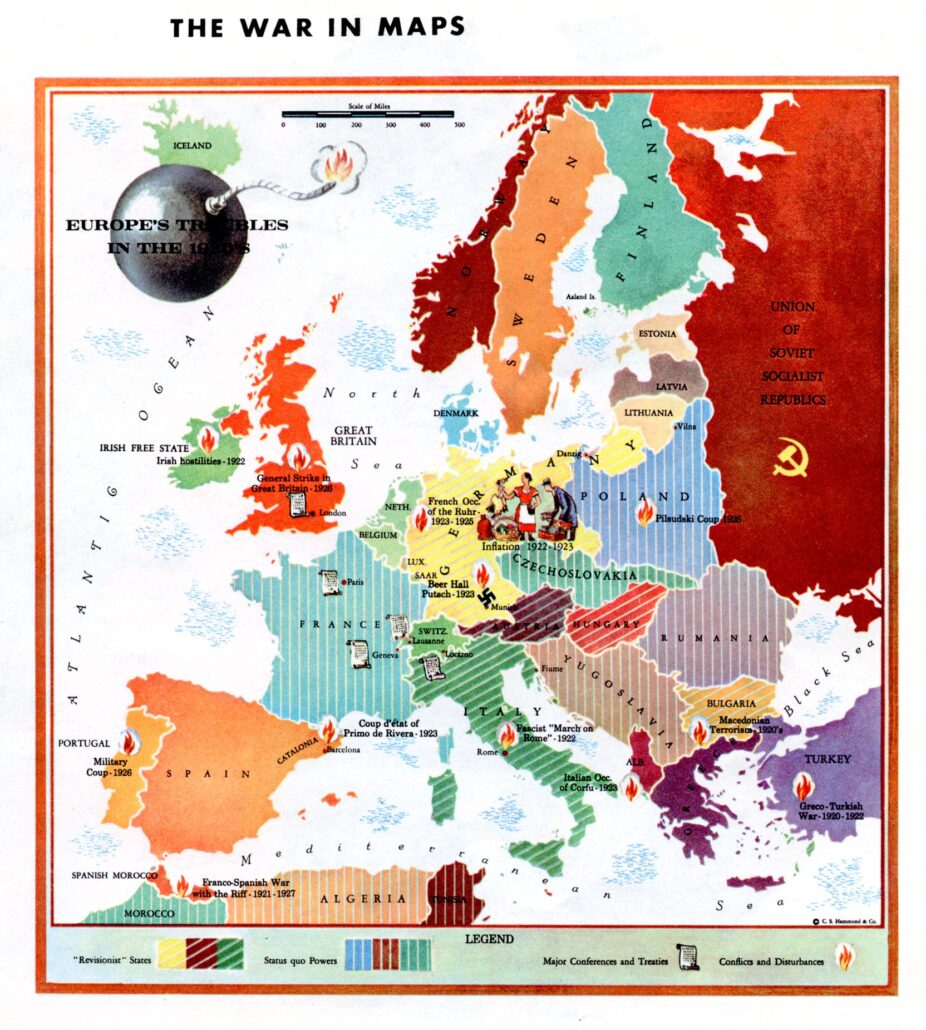 The text from the booklet is brief and worth reading in its entirety: Atlas of WWII 1965 text.  No author is listed, but the general information is consistent with my understanding of the years described.  Note especially carefully the 1920s map, which does not include Ukraine and further identifies the various countries at the time.

It may be irritating, but in my opinion today’s national leaders have learned from deadly history and are working to prevent a reprise of the deadly wars of our past.  It’s not easy….

From Peter: I just posted this on opednews. There have been millions of refugees who had no public voice, except insofar as it served some nefarious interest to promote them. This group had concerns we rarely hear about from the people themselves.  Since bombing cities as flat as Dresden is the strategy of choice for all modern military actions, it’s a safe bet that most refugees share these views.