This post has four  segments:  1) War President; 2) Portions of a Family Letter; 3) Thoughts after my 80th birthday; 4) Comments on International Nurses Day.

It is almost axiomatic that in America it is useful to be called a “war president”; it’s almost guaranteed to be a generator of votes.  An enemy to kill or conquer is essential.  Except for the Civil War, the consequences are mostly reserved for those “over there” somewhere.  The U.S. losses are the privates and others of lower ranks who die anonymously somewhere, and annually are recognized as “heroes”.

Presidents of all parties have benefitted by being – or felt pulled along to be – warriors against enemies.  Arguably, the first and one of the most progressive of American presidents was Theodore Roosevelt, who was, to his roots, an America-firster, a “war monger” even before his presidency.

Now, it’s the War on COVID-19, with the latest Commander-in-Chief.  I won’t go into this – everyone will spin as they wish.  But going to war on a Virus isn’t very sexy, so the narrative seems to changing to a War on another country, specifically China, which is presumed guilty by reference and unsubstantiated inference.

It reminds me of the deadly WWI influenza, which arguably started on someone’s farm in Kansas in the spring of 1918, traveled to Europe with American soldiers, raged in Europe and elsewhere in later months, and came back to rage in the United States later in 1918 and 1919, and has always been officially or informally called the “Spanish Flu” – the power of naming.  There is reason for a critical discussion of this problem of how to name a disease.  A good place to start is an article from the Kansas Historical Society which can be read HERE from the Kansas Historical Society.

Every election is a war for votes.  In a perfect world, something like ranked choice voting for all would prevail, but that is not our system, and may not be since it is not to the advantage of the winner to change the system.

In the end, we are the ones who will decide, for good or for ill, by who we vote for, or whether we vote at all.  The consequence is ours.

From a letter to Family Members after my birthday, May 4:

“…Of course, looming over all of this is COVID-19.  Depending when you personally count the pandemic as beginning (for me, it’s early March, 2020), every birthday this year will be a “quarantine birthday”.

Everybody has their own ideas of the reality and the implications of this pandemic.  I can only comment on my own opinions.

From the beginning, I’ve been conscious of numbers.  Start with 330,000,000 Americans and well over 7 billion people on the planet.  Every single one of us are at risk.

It is like a lottery in reverse: the odds are high that the vast majority of us will not get seriously sick or die from the virus..  But it is not a pretty scenario for those who happen to “win” the “prize”, and most likely these are old people, like me, and those with chronic conditions, and the medical personnel who care for them, etc.  Add to this, the way this disease spreads – by stealth.  I can even be a carrier.  It doesn’t hit the victim in the face, and the distributor may not even know he or she has it….  It is something to take very seriously.

I’ve been thinking more and more of the military metaphor.

In all of our wars, most people who served were neither killed or injured.  In addition, after the Civil War, all our wars were “over there” somewhere.  These are the kind of statistics that we read about.

For example, in the second month of the pandemic COVID-19 blew past the death toll for the entire 10 years of the Vietnam War.

I happen to be a Vietnam era veteran, as are brothers Frank and John.  I’m not aware of any other veterans in the family who can claim this.  My duty was non-combat in an infantry company.  Our unit was training for Vietnam; we didn’t know it at the time.  The big majority of Vietnam veterans did not die in combat, or were injured.  Everyone in military service faced the risk, however.

So, too, today with COVID-19.  All that is different is that we are all enlisted, whether we want to be or not.   The field of battle this time is the entire country and world.  Those on the battlefield most directly are anyone who has to work, everyday – at grocery store counters, in meat packing houses, “illegals”, and on and on.  There is no differentiation.

So, I tend to equate the person in the nursing home who dies of COVID-19 as the equivalent of a combat death.  Simple as that.  And I don’t care where in the world that death occurred, or who died.  We’re all in the same pot.

My barber, who served a year in Vietnam as a combat Marine, and lost a brother in ‘Nam, talks about combat sometimes in our conversations.  Most Marines didn’t die in Vietnam, and most days there were not battles or ambushes.  But every hour of every day catastrophe was a possibility – you just didn’t know when, what, or who would be killed.

In my training, I only had to ‘play’ war, which was plenty scary, even if only blanks were used as ammunition.  Facing death is no fun.

When I mentioned COVID-19 death toll exceeding Vietnam (April 29 blog), Mike McDonald, retired teacher and president of our local Veterans for Peace (I’m a long-time active member), commented as follows: “Estimates range from 1-3 million deaths associated with the Vietnam war. These certainly are the craziest of times. But if we survive them, huge changes must happen on several fronts if we are to survive. Thanks for posting Dick, stay safe.”

The exact same thing can be said for Iraq or any other war in which we’ve been engaged.  Casualties don’t stop at country borders.

Then consider the associated (and usually unrecorded) damage: PTSD, severe and continuing disabilities, etc., etc.,  etc.  Job numbers, the stock market and all of that don’t count in my opinion, The enemy in this case is the disease, and it deserves all of our very serious attention.

Personally, I’m doing my best to follow the rules.  This is never perfect. For instance, my barber cut my hair in his garage in late April.  He wore a mask, I didn’t (scruffly beard was my big issue).   He called to invite me over, I didn’t ask.  But I was thankful.  These kind.of things occur.  I try to be really careful.

In short, COVID-19 isn’t an abstract or nuisance deal to me.  This isn’t just another case of the flu.  I note who is or is not wearing the mask, just as an observation.” 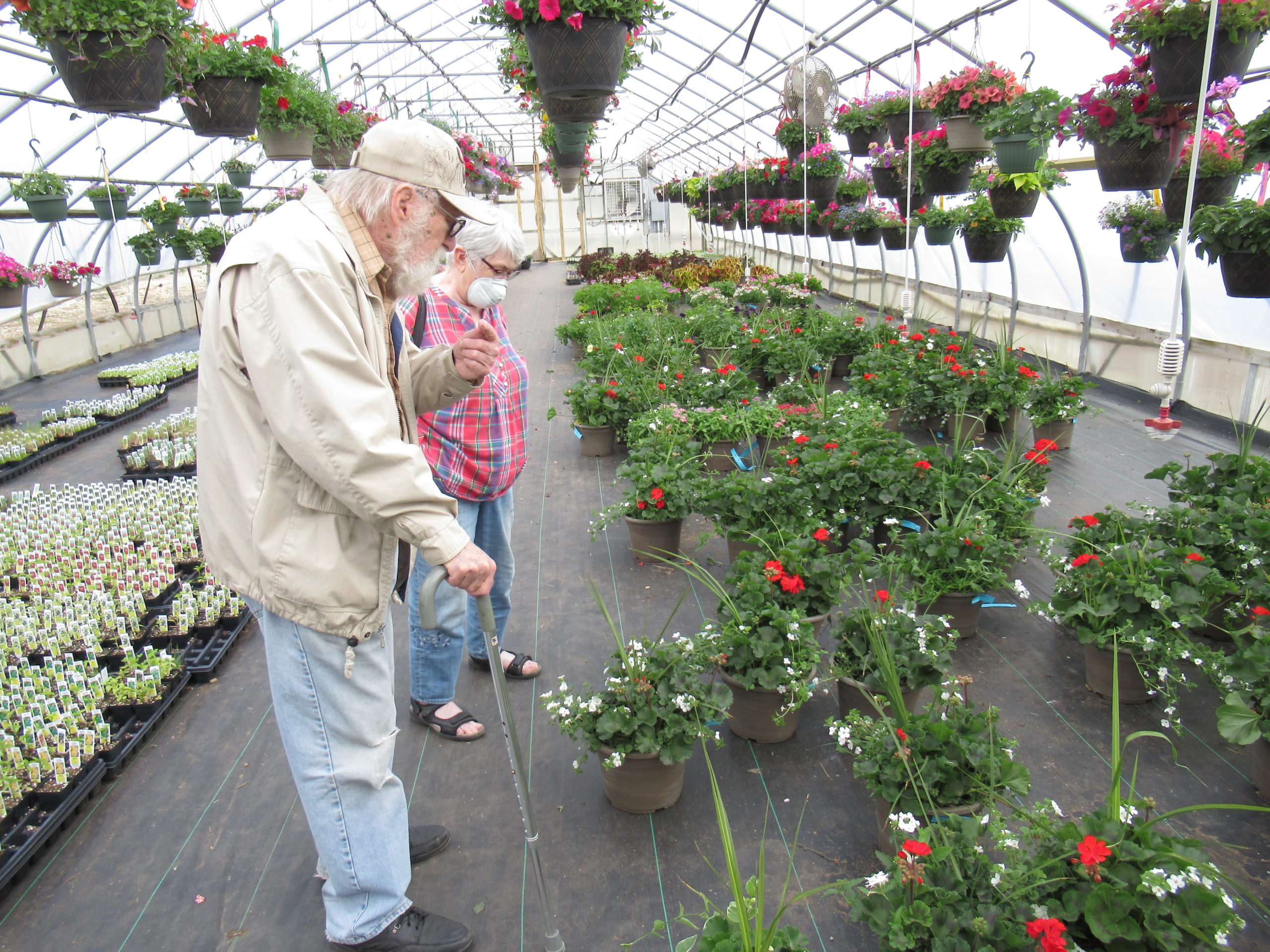 Monday was my 80th birthday, and Wednesday I started a blog, as follows:

[This] was my 80th birthday,  It was a wonderful day with many highlights.  I summarized it here, yesterday,   May 4.

The “birthday party” – almost 100% on  two Zoom calls – included in all 15 people on Zoom, perhaps a dozen appropriate very brief social distancing encounters, assorted greeting cards and phone calls and e-mails.  There was one elbow bump – the only and closest physical contact.  At home, we had planned a ‘grub hub’ meal, but ended up with our usual meal…and cake (no candles!)

I think it was one of the best birth days I’ve ever had.

Yesterday was the apex of the first two months of my encounter with COVID-19 (March 6 is my personal ‘day one’), and now the future.   I tend to be a rule follower and an optimist.  The first messaging from the outside world after the “party” yesterday is rather sobering about the future.  The state of the nation on May 4 was summarized overnight here.  It’s worth taking the time to read.

[Tuesday, we took] our neighbor, Don, 90, to do the drive-around of the spring flowers at the Minnesota Landscape Arboretum.  Sunday we took him to the annual flower shopping at the nearby Ramsey County correctional facility.  He loves flowers, and he’s isolated at home, alone, and since the crisis began he’s had almost no visitors at home.  Today he’ll want to go to lunch; there’s no lunch to go to.  We’ll probably do, as we did a couple of weeks ago, get a McDonalds and dine in the parking lot….

Multiply us by 20 times, and you get the approximate world population.

All of us are sailing in the same boat – planet earth – whether we like it or not.  As COVID-19 teaches, we are a world without borders. And every one impacts on each other in many and sundry ways.

We’re very much “in the woods” at this moment in our history; how deep in the woods we don’t know.  All we can do is what we can for ourselves and each other.

That’s how I’m thinking on this, the first day of the rest of my life.

Wednesday was International Nurses Day.  Just Above Sunset chose to focus on this topic, and the article can be read here.

I sent this post to my sister, a retired Nurse Practitioner in New York State, who is still engaged in helping out.  Here is her response, forwarded with her permission:

“[Sunsets] best line was his last line….’vote for the other guy in November’!  I do not disagree with any of his comments but have early realized that the nature of this president is to venerate chaos.  The nurse practitioner was 100% correct and her comments were couched in diplomacy but they did not meet golden hairs gospel message so he closed down the conversation with a bullying critique of her veracity.

I work in health care – I am privileged to work in health care – but I have never felt quite as marginalized and minimized as during this pandemic.  While most Americans have drunk the kool-aid of ‘terrify me with possibility of infection and death’ the health care worker is still showing up for work with infected persons and is faced with labeling gowns and masks so they can re-use them after disinfection.  We do the best we can and are in general much better at recognizing the presence of infection and doing what we can to break the chain.  During my career I have spent time in leper colonies, sitting with active tuberculosis patients, cleaning up the sores of yaws, avoiding mosquitoes and ticks and bed bugs and on and on…always hoping my immune system and my maker would kick in and save the day.  I remember days when we had very few gloves  and had to re-wash them….gloves are readily available now.
I have been somewhat disappointed to follow the conflicting messages of experts and opinion makers and the disappearance of common sense-which apparently is not so common anymore!
I shudder to focus on the next stage which will likely be the tendency to find someone to blame for the changes in the lifestyle to which one has become accustomed to expect…..in the meantime just do the best you can with whatever common sense tools you have been given!”
https://thoughtstowardsabetterworld.org/wp-content/uploads/2022/04/thoughts-300x138-1.jpg 0 0 dickbernard https://thoughtstowardsabetterworld.org/wp-content/uploads/2022/04/thoughts-300x138-1.jpg dickbernard2020-05-08 12:01:272020-05-14 03:09:18Another War President
0 replies