Two big international stories today.  About the best I can do is provide a little information you may not see elsewhere.  I recommend reading the April 26 letter on Haiti linked in paragraph 3 below.

The news was the overnight assassination of the current President of Haiti, and the political and other turmoil in that impoverished country which I’ve visited twice, in 2003 and 2006, and about which I have fond memories.

It happens that in late April, 2021, a friend who’s an advocate for Haiti, forwarded to me a letter signed by over 50 U.S. Congresspersons, directed to the U.S. Secretary of State, concerning the then-present political conditions in Haiti.  It is public record, and you can read it in its entirety here.  At the very least you get a better idea of the back story of what happened last night.

Next Thursday July 15 a Massachusetts group is sponsoring a webinar on Haiti.  If interested, details are here.

My friend, Lydia, has sent links to a couple of perspectives about the current situation in Haiti.  You can read them here and here.  Mark forwarded a commentary, here.

I retain a web presence about my personal experience in Haiti if you wish, here.  I am not an “expert” in any sense, but I took my experience in Haiti as a significant learning opportunity.    From the very beginning of its existence Haiti has been exploited as a resource, and one of the earliest slave states.  When its slaves revolted successfully against France in 1804, it was marked for its later history, both by France and the youthful (and nearby neighbor) slave state of the United States of America.

As noted below, Haiti is a small country in land area, but densely populated.  It is less than an hour plane ride from Miami Florida. 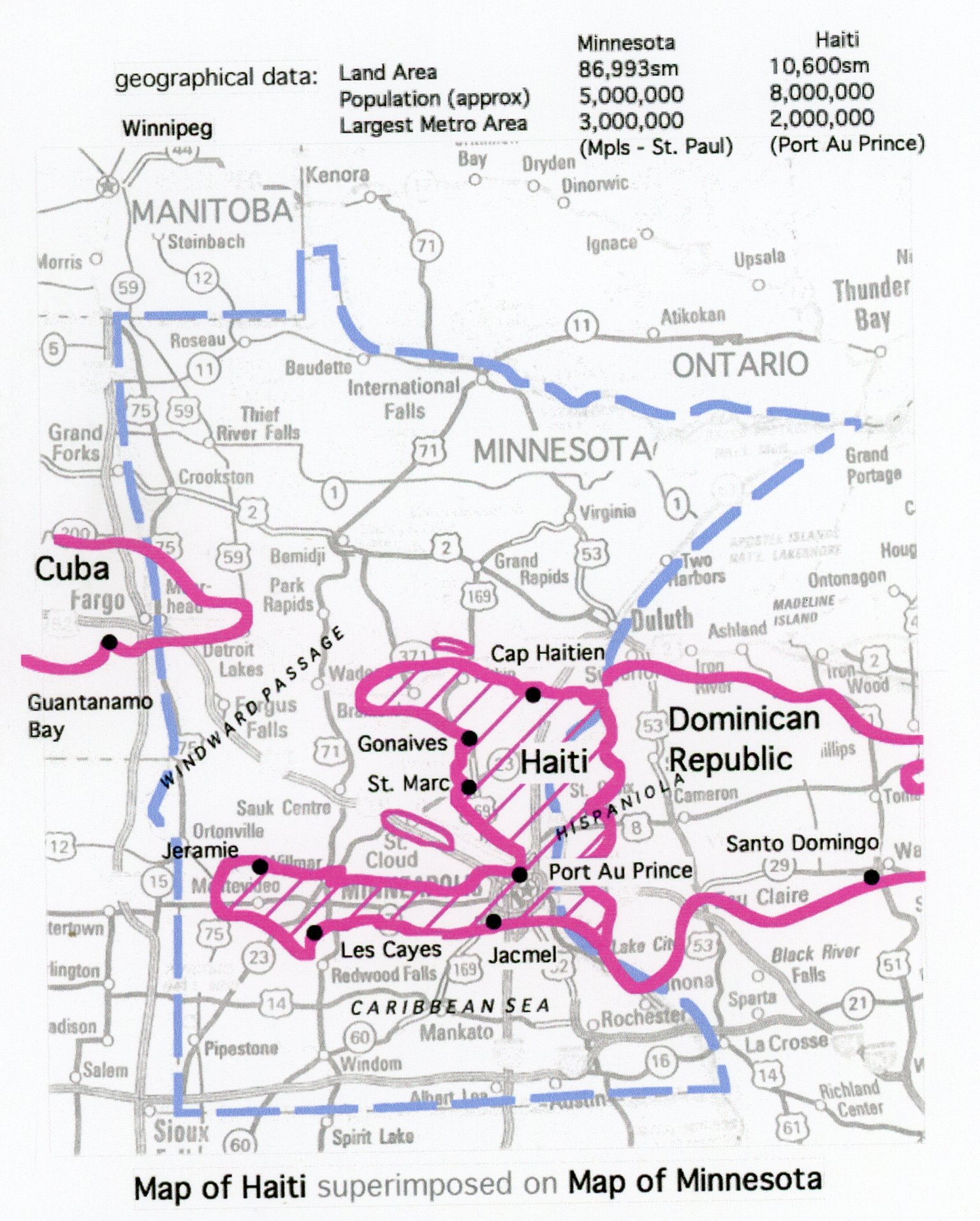 After 20 years, the United States is finally (I think) pulling its troops and military presence completely out of Afghanistan.    It is our longest war, beginning with bombing strikes in October, 2001, a month after 9-11-01.

The bombing of Afghanistan in October, 2001, is the primary reason I became a peace activist.  I could see no good coming out of this “fools errand”, which seemed mostly to get revenge.   A few months later a column of mine was printed in the Minneapolis Star Tribune. You can read it here: Afghanistan column 4-2002.  By the time of the column, unbeknown to me, our national policy was pivoting towards Iraq.

(I feel no particular pride in being correct in my instinct in 2001, but I was in the very small minority of Americans, then.  The vast majority approved of the bombing: Afghanistan Bombing Oct 10 2001.)  We share responsibility. This was an un-winnable conflict from the beginning; we aren’t the first losers.  Yes, those who pull the plug on this dismal war will probably be labeled  losers.  It is a lesson once again we have to learn.

The objective is to have the U.S. out of Afghanistan as a military presence by Sep 11, 2021, two months from now.  There are many issues to be resolved.  Pay attention and be engaged.

Here’s a 1977 Map of Afghanistan from Encyclopedia Britannica.  Afghanistan is a large country.  Here’s a summary from the CIA Factbook.

Postnote July 10: “Ending this now“is a good summary, up to today. 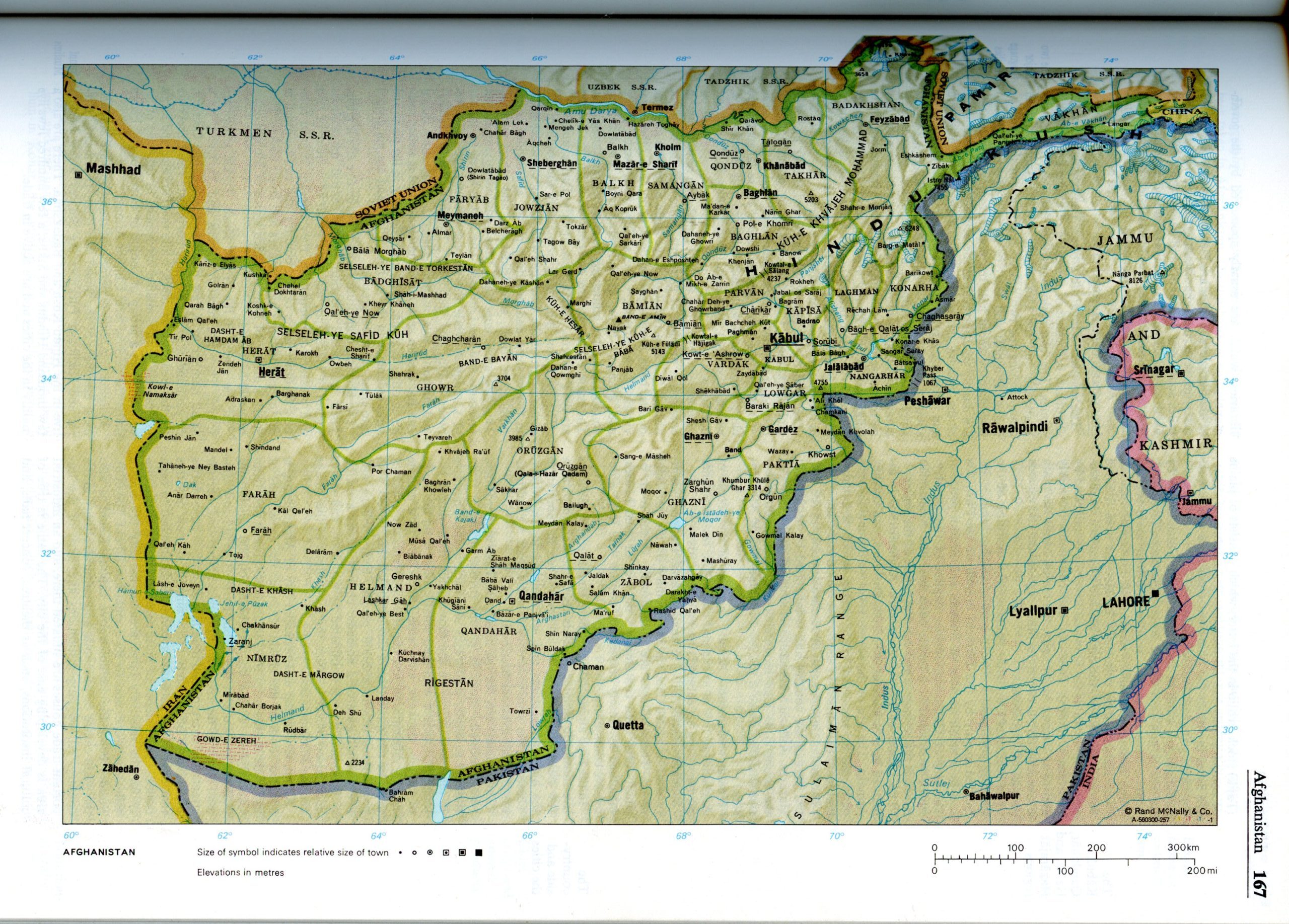 POSTNOTE July 8: Yesterdays mail brought one of those rare pieces of “junk”, which turned out to be very interesting to me, and that I’d like to share with you.  It was for a museum I’ve been to several times, once with my father, and if your appetite is a bit whetted, take a look at the contents, Truman Library Fundraiser, and if you’d like to consider contributing, here is the form: Truman Library Fundraiser (2)  Here is the website for the Library and Museum.  I had last visited there in the summer of 2009, so I must have been on a list of people who stopped by….

I’ve nearly completed the new book, Preventable, by Andy Slavitt.  I urge everyone to actually read it in its entirety.  It covers the macro of the Covid-19 pandemic we’ve all lived through; it’s up to each of us, at our micro position, to think about how we fit into the future, as part of the problem, or part of the solution.

POSTNOTE July 9:  After my first trip to Haiti in Dec. 2003, I set up a website page, which included the above map, and the below Timeline, which is also included here as a pdf: Haiti Timeline.  The original timeline had an error which is corrected on this timeline. 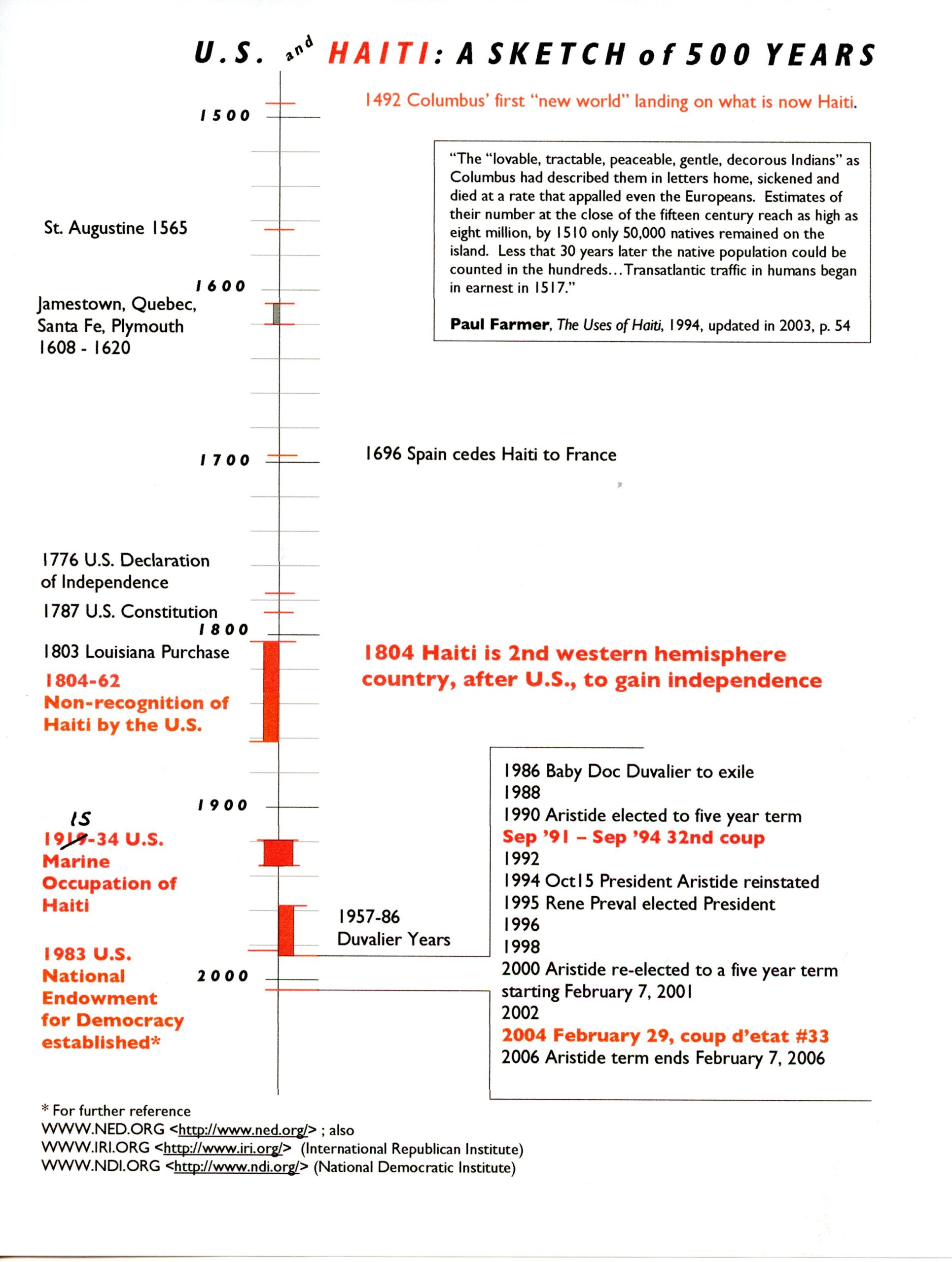 Haiti Timeline with thanks to Paul Miller, 2006

The Fourth of July A Week Ends
Scroll to top