Spring is here; the ice is out, and for some people, canoeing on the northern lakes is on the mind.

This very evening, Friday May 20, my sister and brother-in-law, at the doorstep of 50 years marriage, are setting up their first overnight in Ontario’s immense Quetico park.  The map of their itinerary, starting at Nym Lake, Ontario,  is at the end of this post.   They’ll be out for nine days.  I’ll report on what I hear at the end.  I wish them well.  [See postnote.]

This voyage is nothing new and different.  Flo and Carter have canoe’d in Quetico and the Boundary Waters for years.  I’ve “been there, done that” with them on a couple of occasions, in 1992 and 2001.  They are for real.  This year, their son and one of our brothers, Eric and John, make up the foursome.  In my trips there were six of us in the canoes.

But the real focus of this post is to recommend a new book for your summer reading, about an English artist, Frances Anne Hopkins, best known for her art depicting the Voyageurs and their country, based on her living in Canada in the mid-1800s. 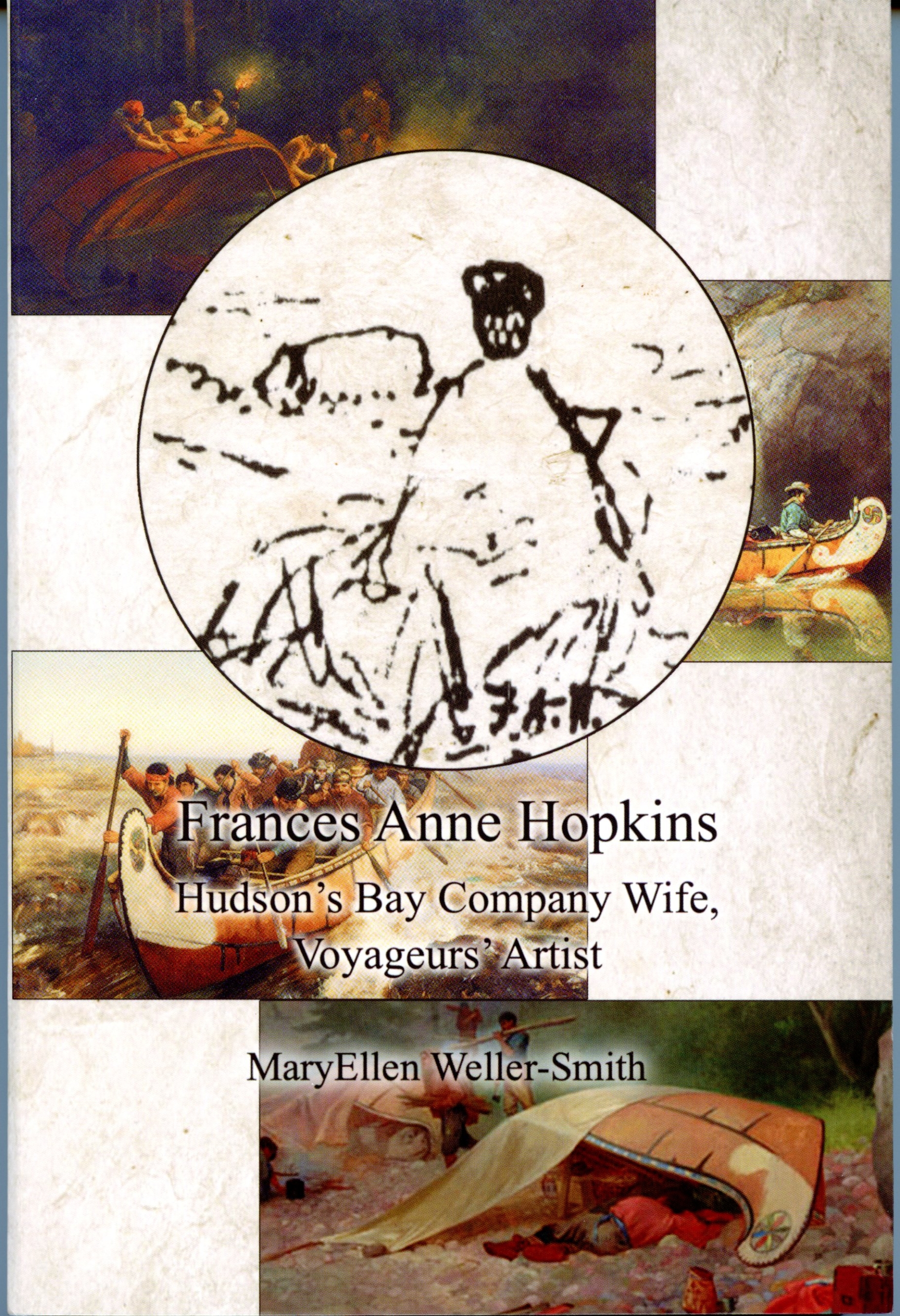 The book is brand new.  I’ve read the book, and I do know the author, who is a retired teacher of French (link to order the book is here).

MaryEllen and I are in an organization together, French-American Heritage Foundation.  Yesterday I sent the following to our colleague Board members.

“I completed reading Mary Ellen’s new book yesterday.
The book is magnificent – a treasure trove.  This comes from a guy who admits to having deserved and earned a “D” in required course in Art Appreciation in college….
Not only does artist Frances Anne Hopkins become three-dimensional  in Mary Ellen’s book, but so does mid-1800s Canada, her home country of England, as well as the Voyageurs and their environment for whom Hopkins became the iconic artist.
The book is the culmination of a 20 year project for MaryEllen and it shows.  The book is extensively foot-noted.
I first heard of the project when MaryEllen did a session about it at FrancoFete in 2012.  Most everyone with even the slightest interest in Voyageurs knows of Frances Anne Hopkins art.
I recommend this book with absolutely no reservations.  Order your own copy and pass along the word.”
Congratulations, Mary Ellen.  Thank you.  Merci!
*
Here’s the itinerary of this years Quetico jaunt, as promised.  As I experienced it, Quetico is a series of portages, interrupted by lakes!!!  Nym Lake is the red icon at the north (top) end.  Atitokan Ontario, their sign-in place, is just off the map on the far left corner.  They’re basically off the grid till they report back in about May 28.  Only rarely if at all will they see someone else along their route, which is fine by them.  Theirs is a trip to celebrate the wilderness; indeed as the indigenous people and the Voyageurs experienced it long ago.
POSTNOTE:  Voyage was completed successfully on May 28.  My brother, John, filed some photos from the journey, which are impressive.  Here is the album. 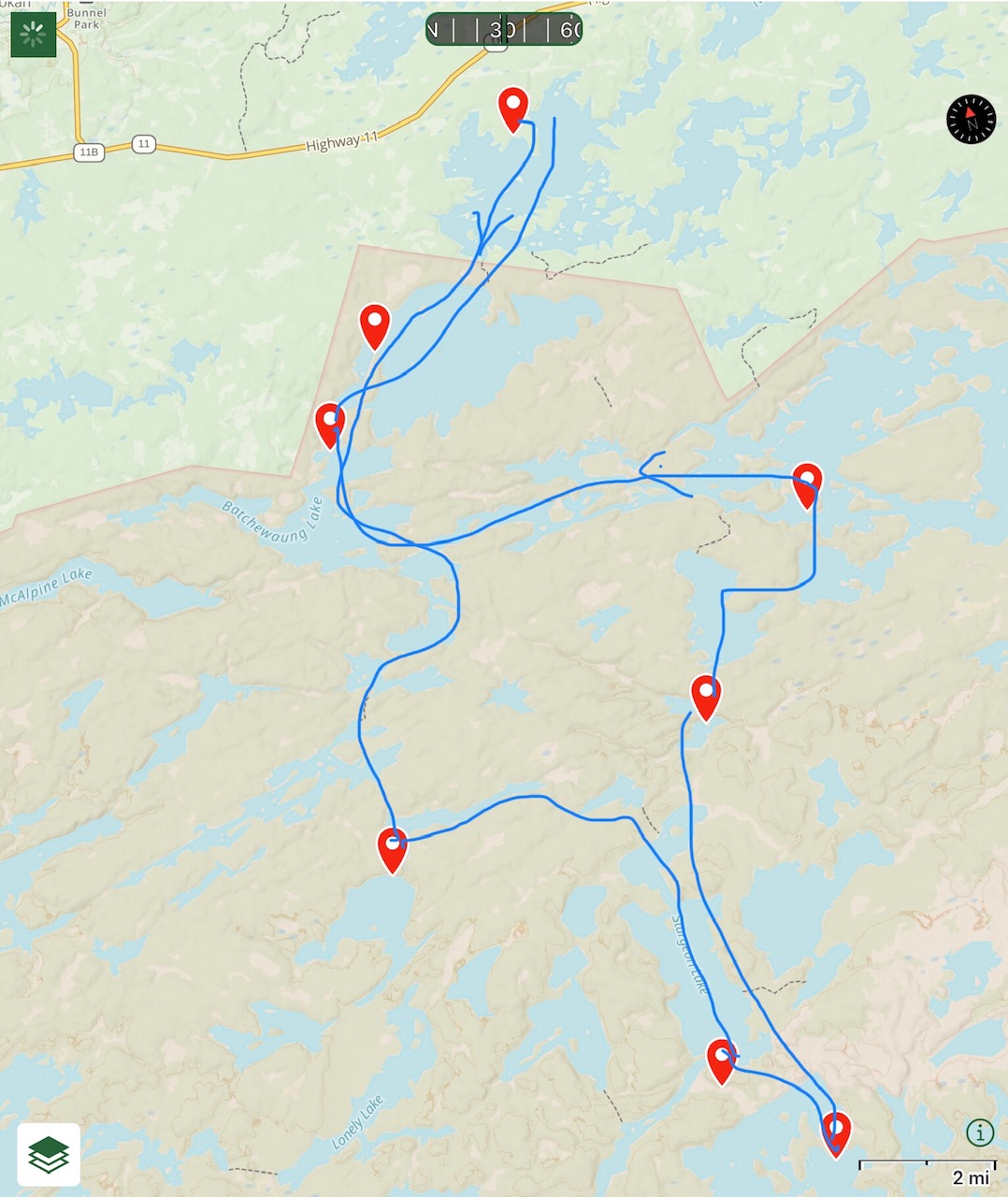 A final note on a separate topic:

Thursday evening I attended the 10th anniversary celebration of Green Card Voices, “A Decade of Storytelling”.

Green Card Voices is doing great work representing immigrants as valued parts of our state and nation.  They are finding their niche nationwide, and if you’re interested, be in contact with them.