Tuesday, April 9, will be a marvelous 10th anniversary celebration of a great project, John Noltner’s “A Peace of My Mind”.  You’re  invited to the party in South Minneapolis.  All details are here.

My acquaintance with John goes back a number of years when we met at a meeting of the Minnesota Alliance of Peacemakers (MAP).  I asked John if he recalled the year: “Best I can recall we first met at a MAP meeting in 2010.  I came as I started A Peace of My Mind so I could meet some folks in the peace community and learn a little more about what was going on.”    I responded to John, that was how I got involved with MAP, in 2002 – I simply came to a meeting.

Not long after, to my recollection, John did one of his first programs at the Nobel Peace Prize Festival at Augsburg College in Minneapolis.  I stopped in.  It was a well received program.  And on it has gone, to an ever broader audience.

John’s project since the  beginning has been to record the images and the stories of people around the U.S., emphasizing peace.  As I recall, he came from a background of professional photographer for national magazines.  The time before 2010 was not the best, economically, and projects began to dry up, and John gravitated to his “A Peace of My Mind”.  Today, the project is a traveling exhibit around the United States, and features persons from around the United States.

(Two of the persons on the front cover of his first book (below), Flora and David, have been very active in organizations part of the MAP community, as are several others among the 51 whose stories are told in the book.)

The newsletter for A Peace of My Mind is here.

Items available from A Peace of My Mind, including John’s books, can be seen here. 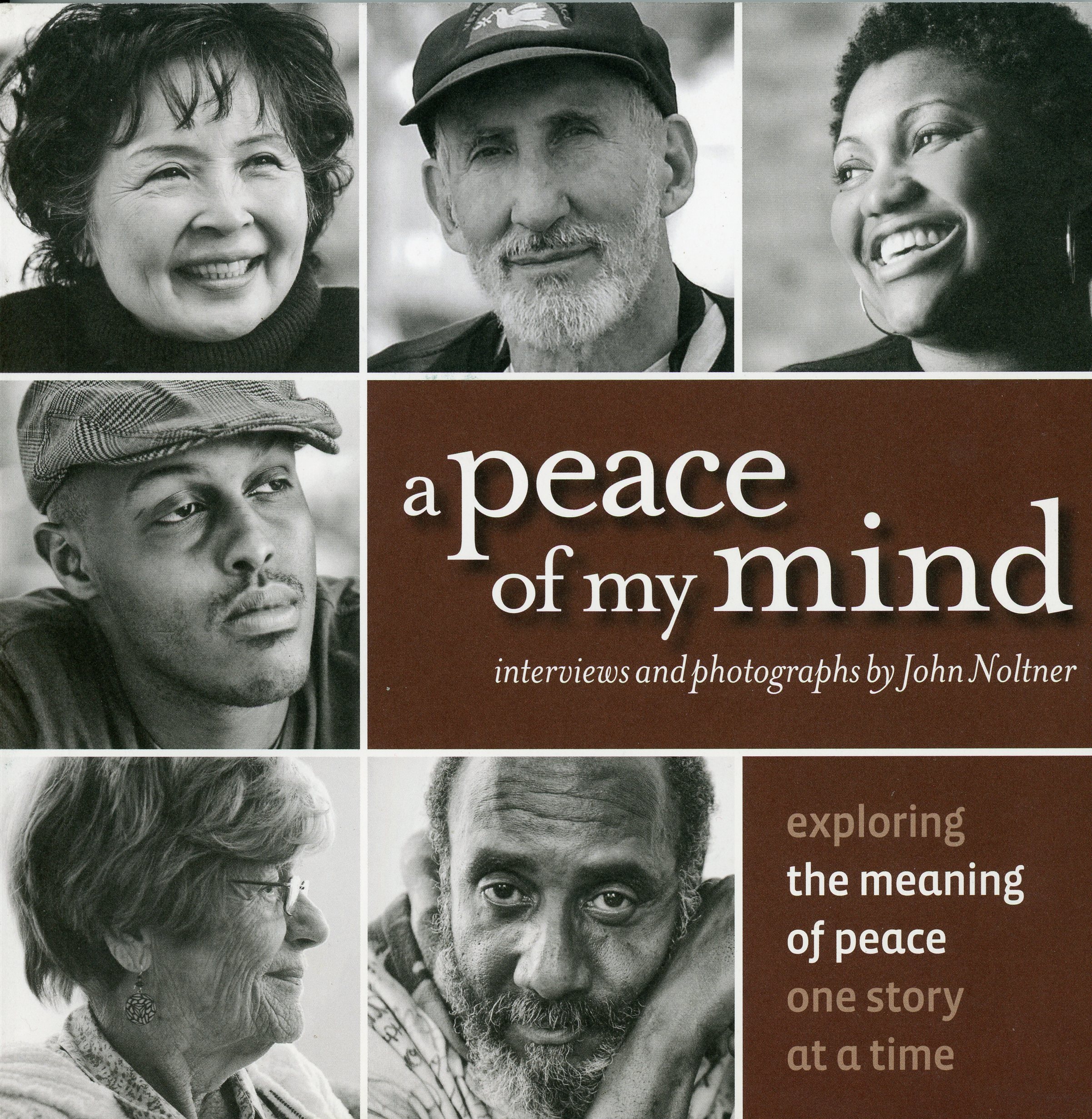 The cover of John Noltner’s first book, published in 2011 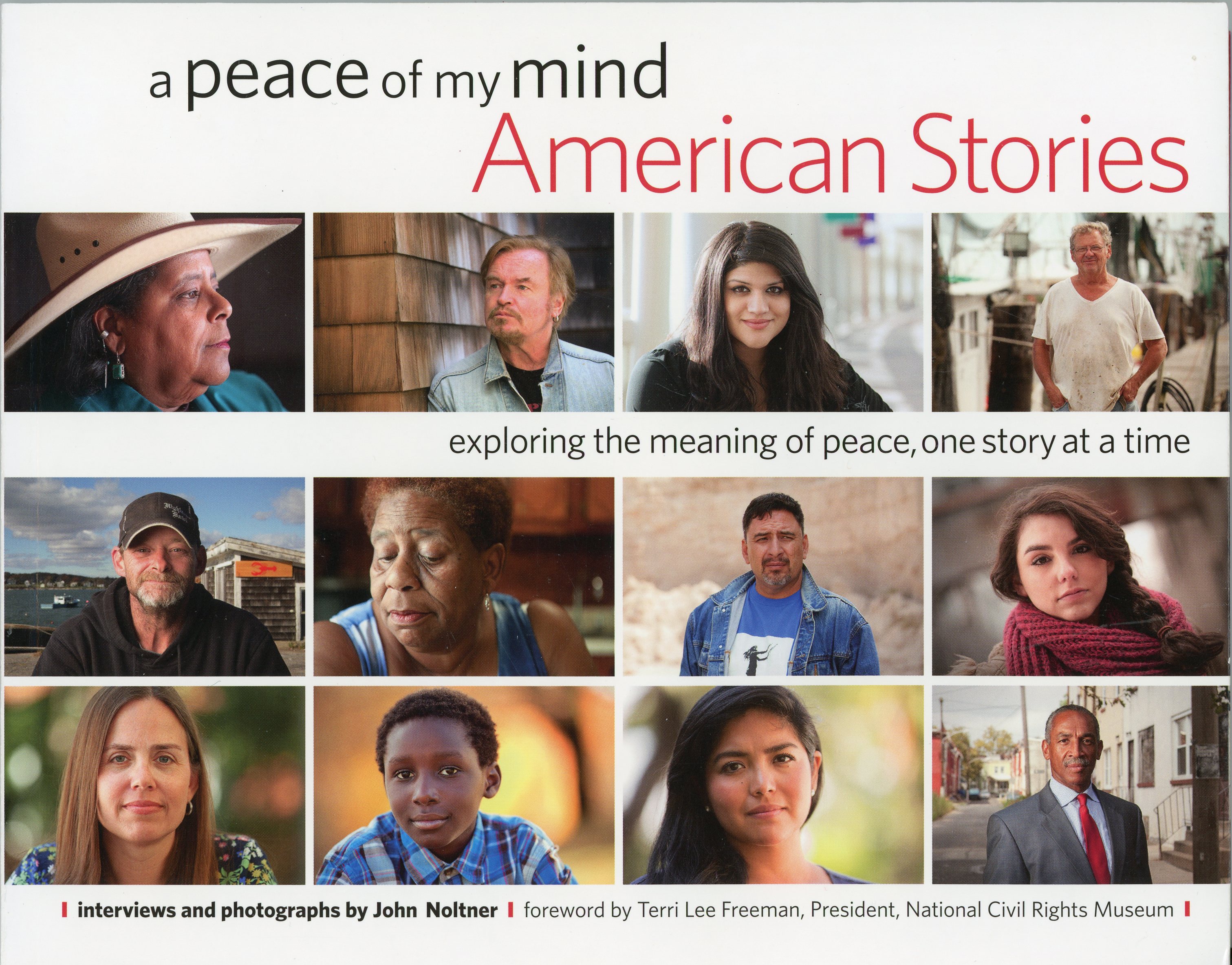