The funeral for my cousin, Carol Tscherter, is today at St. Gabriel Catholic Church in rural Reinbeck IA.   Just a few months ago, March 22, her last surviving uncle on her Mom’s side, Melvin Berning, died at 90 in Eureka CA.   Here, thanks to Carol’s sister, Susan, is one of Carol’s many photographs: 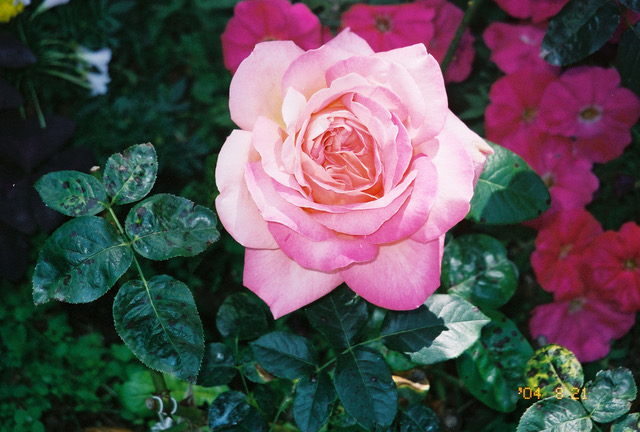 I knew Carol had been in ill health, but was surprised to hear of her death; similarly, I knew Melvin was old, but…no news is good news….  Such is life as generations pass, relatives multiply, and spread out across the world.

Carol was my first cousin, I think.  Her grandmother and my grandfather were sister and brother.  My grandmother and  her grandfather were sister and brother.  Their childhood homes were one farm apart in rural Grant County Wisconsin (near Dubuque); in North Dakota, they were in adjacent farms, less than a mile walk between the farmsteads.  Indeed, their antecedents in northwest Germany, Salzbergen for the Bernings, Borken-Heiden for the Buschs, were only about 45 miles apart.  They came to the U.S. beginning in the 1840s, and even in those days there were likely some kinds of connections in the old country.

I don’t think that Carol and I ever met in person.  Back in 2005, she contributed many family photographs for the family history I was completing.  Some of them are below.

Strictly by coincidence, on June 26, I had stopped by the old ND farm where her mother was born in 1912, and where her Grandparents moved in 1907.  (Busch’s came west in 1905).  The Berning farm was sold in 1954, so all that remains are the farmstead trees, some of which produced apples, according to neighbor Pat Quinlan who used to stop there during the season.   Here are a couple of photos from June 26: 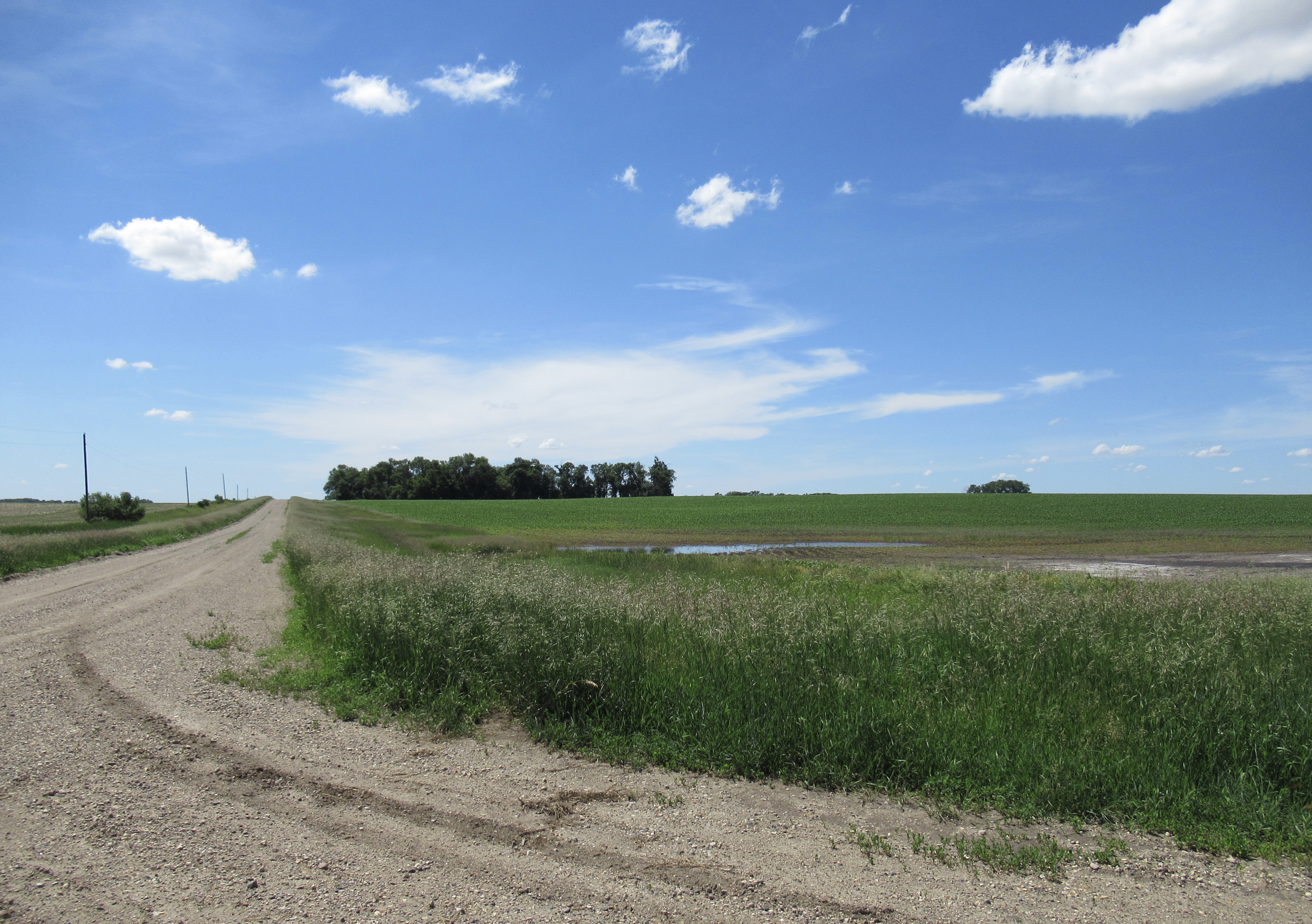 The Berning trees, in SW quarter of Section 13, Henrietta Township, LaMoure Co, ND. Looking west. The actual farmstead, long gone, was near the road this side of the trees. Grand Rapids is about 4 miles to the right and behind the photographer (NE of the old farm). Berlin is about 5 miles to the southwest. 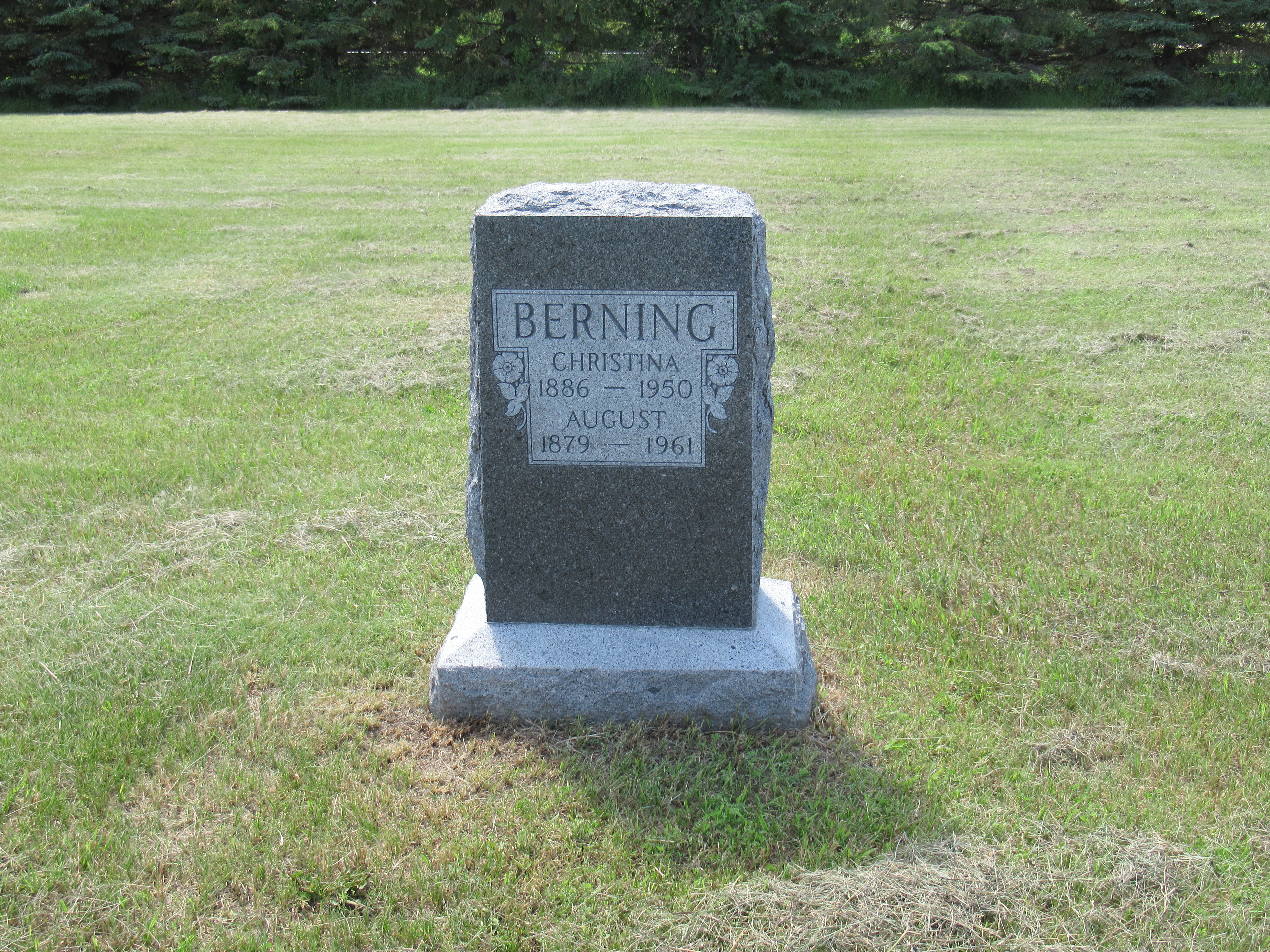 Carol’s grandmother died in 1950, and grandfather in 1961.  Their funerals may have been occasions for family visits which included her.  That is not known.  Of course, every family has their own experience and traditions and circumstances.  In the Bernings case, for just one example, Carol’s Mom was born and started school in North Dakota, but grew up in Dubuque.  So Iowa was probably always considered “home”, though in another sense, North Dakota and Wisconsin were home, as well.

Back on July 6, 2005, Carol scanned for me 32 Berning family photographs, some of which are below.   As is the usual lament of family historians, few of the photos were dated or captioned by the takers, but nonetheless they tell a story, and the same family historians are grateful for the scanning technology which in 2005 was still evolving. 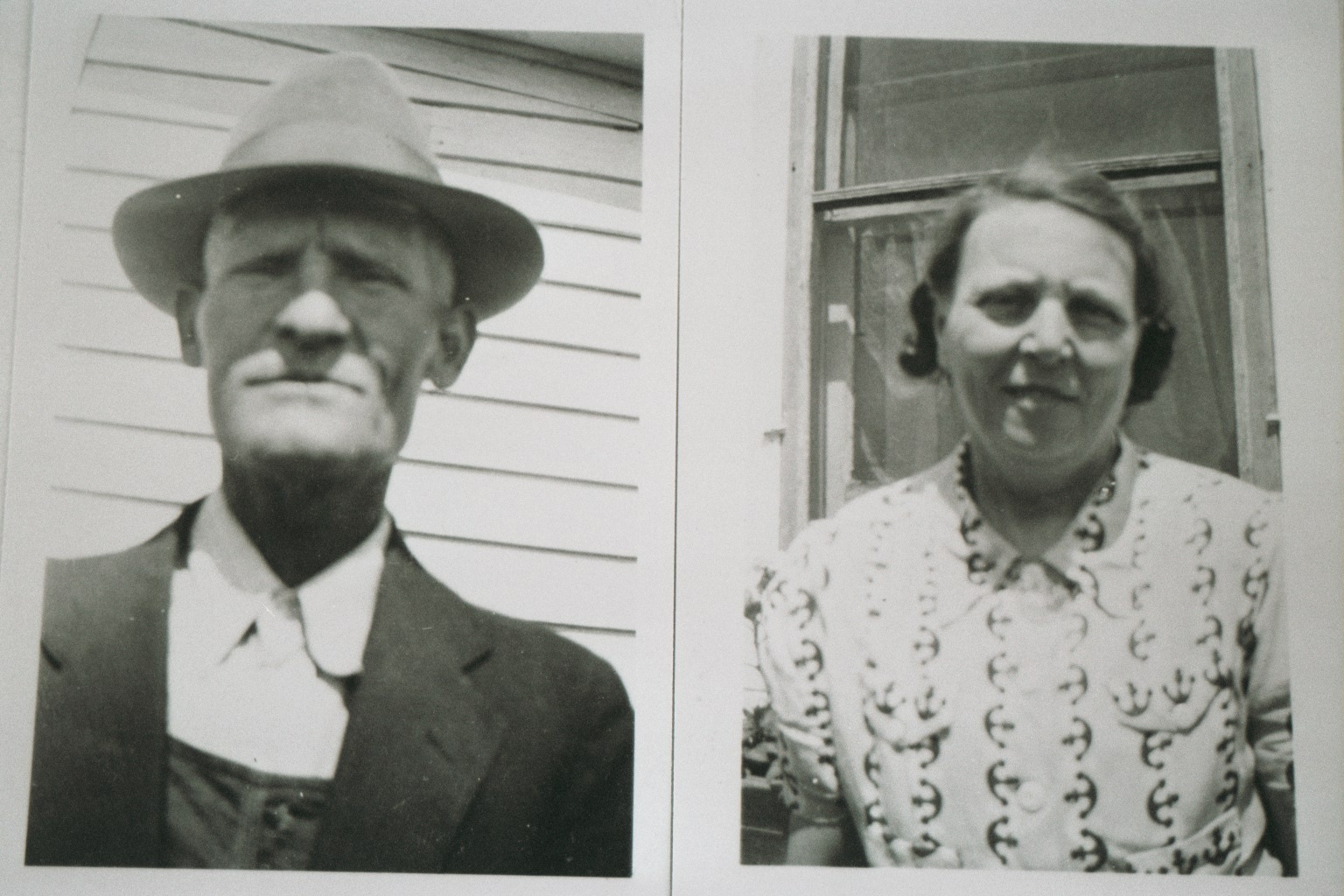 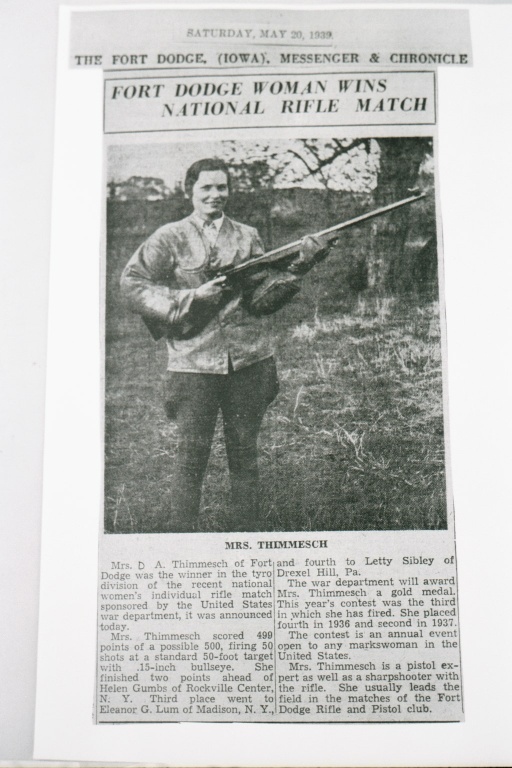 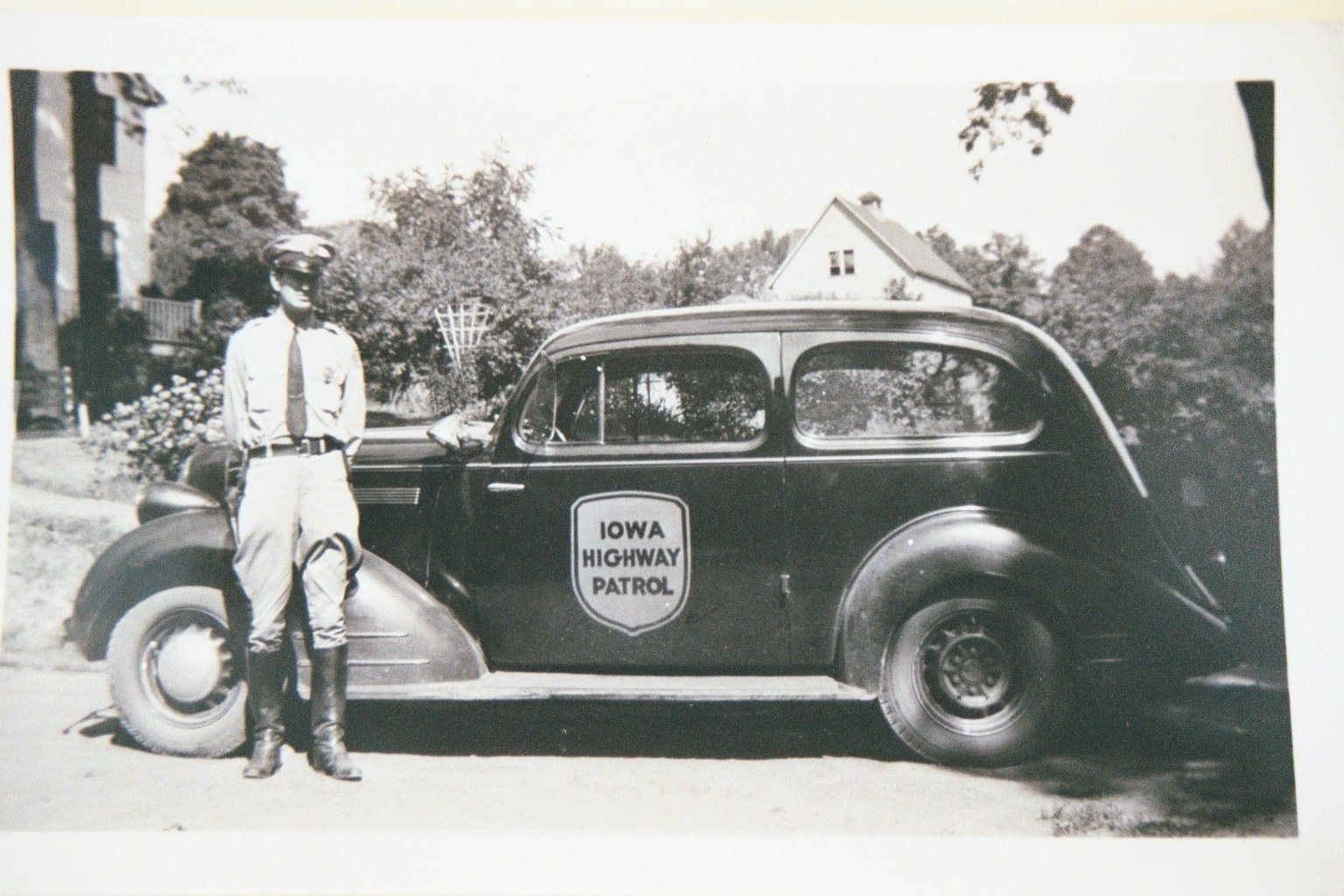 Don Thimmesch sometime in the 1930s

Every family has their stories, and at sad times such as this, they give us occasion to remember how we all fit in to the tapestry that is human history, wherever we live.

Thank you, Carol, and Susan, for your great contributions! 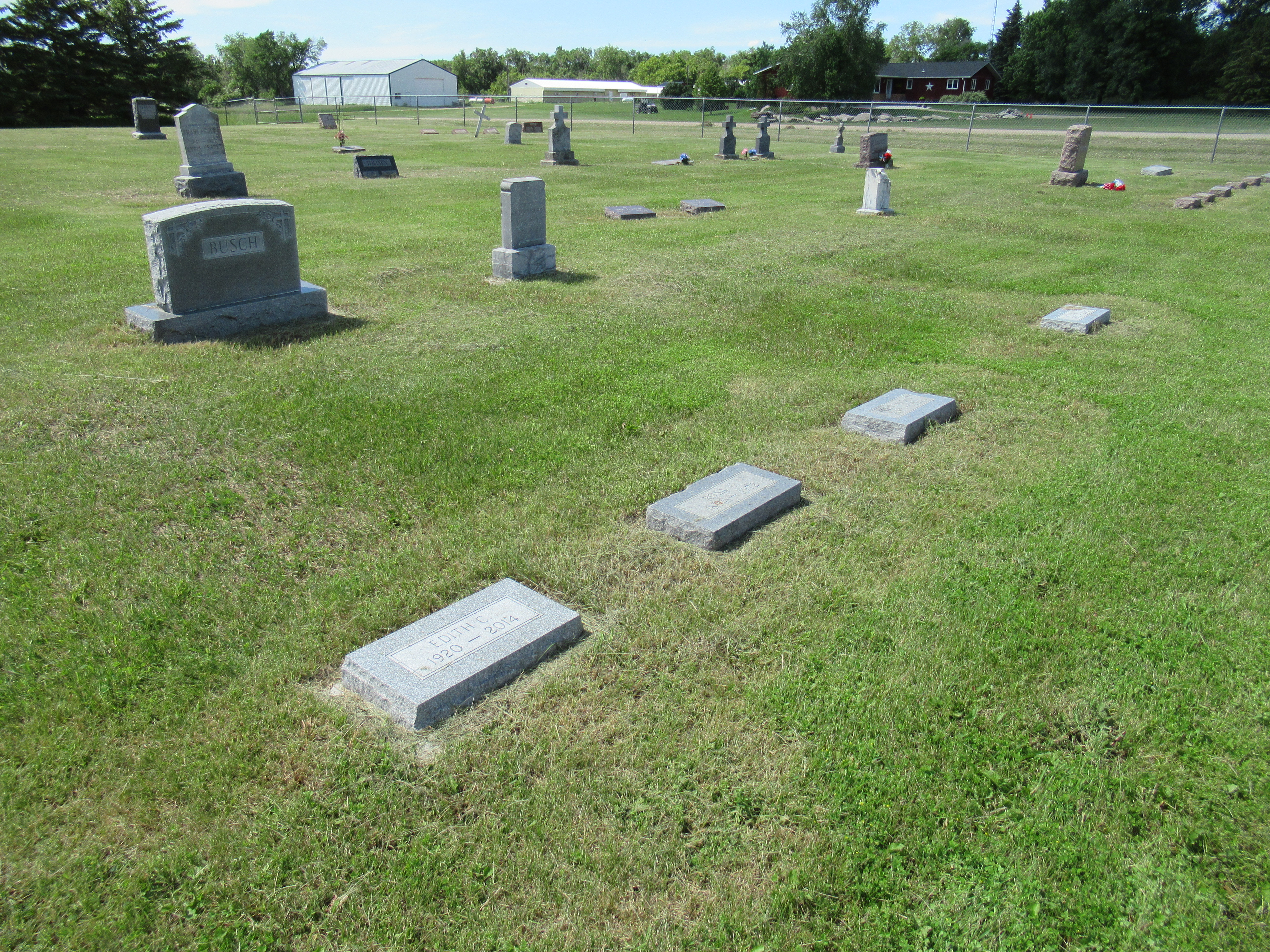