COMMENTS as received to original post:
from Jane Peck, Nov 23: I have been thinking about the explosion of the arts across Minnesota and the USA during the early 1960s. After hearing the speech JFK intended to give in Dallas I think I know why. He spends about 5 minutes explaining the crucial importance of the arts to all societies, especially our own. His efforts began a strong chain of events that continued after his death. The early 1960s boast the birth of the National Endowment for the Arts, in Minnesota the birth of the Guthrie, the Minnesota Ballet, MN Opera, Nancy Hauser Dance Company, not to mention the planning for our freeway system. Yes, taxes were higher… We got more than our money’s worth!
from Bruce, Nov 22: Thanks Dick for this exercise. Very interesting to read a perspective from all the folks I see at MAPM. I was two years old when JFK was assassinated so “out of the loop” but those times did in fact greatly impact my life and the lives of all Americans. From what I have read and learned, Kennedy wanted to end the craziness of the military build up. Although Vietnam would be an argument differently I do believe that he genuinely wanted to keep the military spending and growth in check. That obviously has not happened since that time. Where might we be if we had taken a different path in this country?
I would love to get a copy of his speeches. Let me know what I need to do.
Response from Dick: I have the extracts of the 16 speeches from the record on CD. The record does not seem to be copyrighted, as it is simply recorded portions of actual speeches given by JFK 1960-63. Simply request more information from me: dick_bernardATmsnDOTcom.
From John L. Nov 22: Great job Dick – I love reading the posts. For many like me that left HS in 1961, the next eight years would be the best and worst of times. And like many of my peers, I had no idea how this thing was going to end. 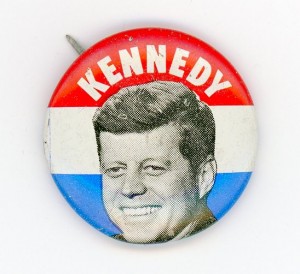 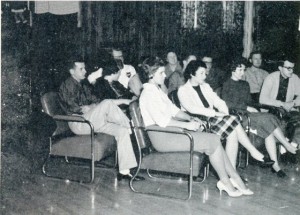 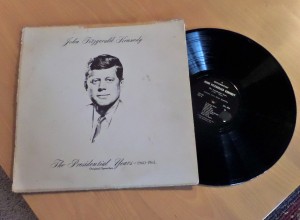