During an animated conversation on Sunday, some new friends, long-time residents of Long Island NY, and for a number of years residents in Salt Lake City UT, asked a question about an aspect of French-Canadian history, which I then rephrased for Dr. Virgil Benoit of the University of North Dakota, an expert on things Franco-American. His Initiatives in French – Midwest is a fledgling but important organization to celebrate the French heritage in the Midwest. 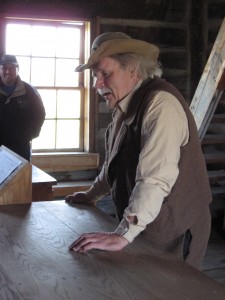 I asked Dr. Benoit: “Is there a simple reason why the French did not support the Americans when, in the Revolutionary War period, the fledgling U.S. was interested in throwing the English out of power in Quebec?
I know nothing is simple, but perhaps there is a general answer.*”
Dr. Benoit responded almost immediately, and his succinct commentary is well worth sharing, and is shared with his permission.
Hi Dick,
“The Quebec Act of 1774 [Q Act] is often cited as the event which encouraged French-Canadians [F-Cs] to not revolt against the British in Canada in 1776. The Q Act gave F-Cs the freedom to practice their religion, customs and language.
The Q Act was a first in British governance towards its colonies. But the British were only a small minority in Quebec at the time. Maybe they felt they had to do it that way. They also knew they could lose the other thirteen colonies in North America and have no foothold in the New World. The F-C. also had no support from France by 1776. They also were afraid of being swallowed up by the neighboring anglo-saxon protestant culture, i.e. the new United States. As it were the Quebec Act gave them more protection as a defeated people than the unknown relationship with a nation-to-be.
With the defeat of 1760 [of France, by England at Quebec] the F-C society lost its upper class. Its leaders with political contacts went either back to France or had been lowered in status to common folk as far a political or social influence was concerned. The one class that rose quickly to exert influence in Quebec at this time was the clergy, which turned out to act very conciliatory toward the British. They [the clergy] interpreted the new situation stemming from the Quebec Act as one that guaranteed protection. They felt that as a conquered people the French-Canadians should be careful and appreciate that they had religious freedom as well as privileges to use French and customs as before the conquest in 1760. Over time, the clergy tied the privileges of religion and language together, saying that to keep French was also to be true to the Catholic faith.
These two “freedoms” became the clergy’s motto for keeping French-Canadians together, so to speak. The clergy fought migration to urban areas, such as Quebec City and Montreal which were very British and Protestant up until WWI. In short, the surrender of New France by France led to the seemingly paradoxical situation you are asking about. But the French of the former New France did not side with the Americans. It happened as you see because the common people of the former New France saw little hope, and their choice not to fight again was reinforced by the clergy. The common folk had fought the British invasion of 1760, but were in the end greatly outnumbered on the battle fields. They lost and along with the defeat, strategy (contacts with the homeland) and courage were also lost.
It would take the French Canadians until the 1970s to work their way back to a Quebec society that could be called contemporary to its counterparts in the world. Bravo. They did it. There was the Revolution of 1836 against British dominance in Quebec. It was stopped. There was the war’s act of Trudeau against Quebec in about 1968. It did not last. In all the rest of time and in all other arenas of civilized society the Quebec people have worked through parliament to regain equity with those who invaded and took their country away in 1760.
A final observation, invading armies can make war, but they can’t kill culture. It will surface and come back. In Quebec, not only has culture survived wars between gigantic superpowers and brutal scrimmages on the home front, but a rich government has been put into place and the country is dynamic today. Best to you.”
Virgil
* – At the time of the American Revolution, the French had already been established in what is now Quebec for 168 years. The founding of Quebec as a French Colony dates to 1608, with the major development beginning after 1630.
https://thoughtstowardsabetterworld.org/wp-content/uploads/2022/04/thoughts-300x138-1.jpg 0 0 dickbernard https://thoughtstowardsabetterworld.org/wp-content/uploads/2022/04/thoughts-300x138-1.jpg dickbernard2010-11-22 21:47:322010-11-22 21:47:32#280 – Virgil Benoit: On French-Canadians, English and the American Revolutionary War