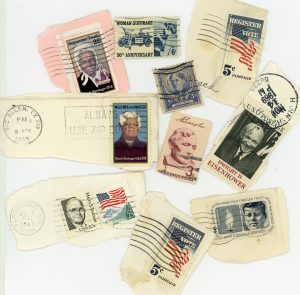 MY PERSONAL ENDORSEMENTS. (More about my own philosophy in Postnote 3.)

HILLARY CLINTON for President. I have been on record supporting Hillary Clinton since February, 2008, at the Minnesota Precinct Caucuses. Even then, she impressed me with her competence, her experience and the necessary toughness to take the abuse of contemporary American political campaigns. She is trustworthy, and she is honest, and she is respected. She has an extremely strong background and expertise for the demanding job of President of the United States.
My post about endorsing Hillary can be found at July 31, 2016, here.
More so than ever, the Democratic Party is the voice of moderation, of vision, the party of “WE” as distinguished from “ME”, recognizing we are a diverse nation, committed to Paul Wellstone‘s timeless adage “We all do better when we all do better”, rather than subject to a system which, in effect, reveres winners and despises losers. 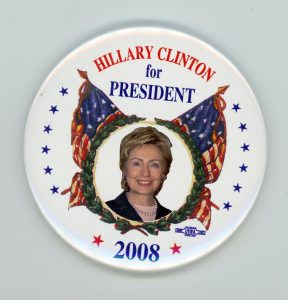 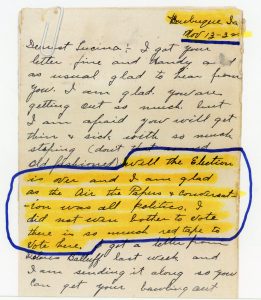 I don’t know what the impediments were to Uncle Art’s voting in 1932. He was obviously literate, and he’d lived in the United States for a great many years at the time of the 1932 election. He was a working man, with a job as a custodian at a college.
1932 happened to be the first election of the Great Depression, the election that brought Franklin Delano Roosevelt to the Presidency.
I know for a fact that in 1933, in that same town of Dubuque, Iowa, Uncle Art’s brother-in-law lost his job in a factory which closed, and almost the entire family was forced to pick up stakes and move back to a farm in North Dakota where, it was reasoned, at least they could have a garden and not starve. The 1930s was a very rough row for them to hoe.
But, for whatever reason, Uncle Art, then perhaps at least 45 years old, decided not to vote.
Show up and vote well informed, November 8. There is plenty of time left. In many states voting is already proceeding. Once again, for registration procedures by state: here.
POSTNOTE 1: Gov. Nelson Rockefeller
The quote at the beginning of this post was by then-Gov. Nelson Rockefeller of New York, then campaigning for the 1960 Republican Presidential nomination. I saw him speak in person that day, and later wrote about it, including the Fargo Forum article including the quote from his speech, which you can see on page two, here: 1996 Political Campaign001
POSTNOTE 2: The Stamps
I continue to go through the remnants of my Aunt and Uncles long lives, and not long ago looked through some old stamps they had kept in a freezer bag, possibly an idea for an album which never materialized. The small bag rapidly became a tiny treasure trove, including stamps like those in the collage above. There is a theme to this: the long road from the founding of our country (1789) to Emancipation of the Slaves (1863) to Suffrage for Women (1920) to the entire Civil Rights movement (1960s) to today. Note especially, Frances Willard, Sojourner Truth, and Mary McLeod Bethune. This is one of those pictures with well over 1,000 words of meaning, and Barack Obama and Hillary Clinton represent the change that their forbears made possible through years and years of effort.
None of us much likes change, I’d guess. Change is risky. But usually on the other end is something better if we follow through.
POSTNOTE 3: Myself, personally.
I pay a great deal of attention to politics, and am reasonably active, and bill myself in the blog as a moderate pragmatic Democrat. I have rarely voted Republican.
On the other hand, I often self-describe myself as a “Dwight Eisenhower Republican”, and my best political friend for a long while was conservative progressive business and civic leader and former legislator and Governor Elmer L. Andersen, a lifelong Republican.
The moderate progressive Republicans have been banished from their own party, and this is a battle remaining to be fought within the Republican party.
*
The below photo: Gerald Ford was the most unintended of Presidents. He moved from Speaker of the House of Representatives to Vice President when Spiro Agnew resigned (1973); then Ford succeeded Richard Nixon who resigned from the Presidency in 1974. This picture was taken in 1975. This is a reminder that the Presidency is not always a simple matter. It matters who occupies every office. 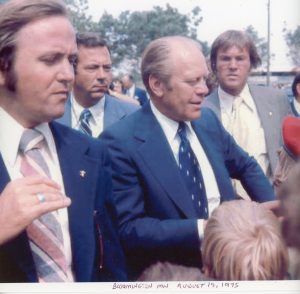 PRIOR POSTS ON ELECTION 2016:
1. June 6, 2015: A Visit to the Commons
2. January 27, 2016: Iowa and What Follows: Revisiting 1984
3. February 3, 2016: The Iowa Primaries and Ourselves
4. February 11, 2016: The New Hampshire Primary…and us.
5. February 13, 2016: Hillary and Bernie (or is it Bernie and Hillary?)
6. March 1, 2016: One View of Minnesota Precinct Caucus on Super Tuesday Mar. 1, 2016
7. March 9, 2016: The Michigan Primary Election
8. April 5, 2016: God for President (or in the alternative….)
9. April 19, 2016: A Culture of Sanctioned Disrespect
10. April 26, 2016: Attending a Political Convention: Does this make me, or us “Party Hacks”?
11. May 3, 2016:: A Political Conversation on the Day of the Indiana Primary.
12. May 11, 2016: West Virginia, and on we go.
13. June 23, 2016: “Politics”, “Politicians”, and “Bureaucrats”
14. July 2, 2016: Dealing with Un-reason
15. July 6, 2016: The State Department E-mails, and a Personal Reflection Back.
16. July 16, 2016: The 2008 Republican Convention. Remembering Peace Island and Other Things.
17. July 19, 2016: The First Night of the RNC 2016
18. July 31, 2016: Why I’m Supporting Hillary Clinton for President of the United States.
19. August 3, 2016: The Newspaper; Government by Twitter.
20. August 9, 2016: The Minnesota Primary Election.
21. August 10, 2016: The Danger of Dog Whistle Politics.
22. August 18, 2016: Changing the Political Conversation: Two Remarkable Events
23. August 26, 2016: The “Swiftboating” of Hillary Clinton: the e-mails and Clinton Global Initiative and whatever else is next.
24. September 1, 2016: Peter Barus on Politics
25. September 13, 2016: U.S. President Candidates Respond to Science Questions.
COMMENTS:
1. from Carl: Disagree-Not everyone lies. Some do and get away with it and others not! Poor Martha Stewart!
1A. Response from Dick: I thought a long time about making the statement to which Carl objects (“everyone lies”). There are endless examples. On a recent evening I was giving a good friend, a retired professor, a ride home and we were talking about diplomacy, which is part of a Secretary of State’s duty. The very nature of negotiations, which diplomacy always is, presumes that neither side is completely truthful. It would be a fool who would presume otherwise.
Along the other end of the spectrum are the so-called “white lies” (“you’re looking very nice today”, when what you mean is not that at all. You’re just trying to be polite.)
In the old Catholic school days, the Nuns taught us about lies of omission (leaving important facts out), or commission (just telling a whopper).
We all lie, including selective accusations about who lies more….
Just an hour or two ago I was on a walk, and ran into a friend, walking in the other direction. We stopped to chat, as people do, and in the process shared some data about someone we both know – useful and new data for both of us, which would be helpful to our mutual friend. If pressed, would I acknowledge there was such a conversation? No, I wouldn’t. Would I be lying? Probably. Things like this happen all of the time, and can, as we know, be set up by someone with malicious intentions towards the other. Such set-ups are staples of dirty politics.
2. from Norm: Right on, Dick, and very well done!
I can remember that highly non-partisan statesman*, Sen. McConnell stating upon the election of President Obama that his/their/GOP job was to make sure that Obama was a one-term president, something that he/they obviously failed miserably at, his thirteen jowls not with standing.
Just another pompous, self-righteous dumb bottom who some how had risen to a position of power in the US Senate.
And, yes, there are too damn many folks on both sides of the aisle who cannot compromise on important issues and, further, who think that any compromising by them and/or the elected officials that they supported is the worst kind of behavior. That includes a hell of a lot of Democrats to be honest about this who get carried away in thinking that whatever position that they hold on an important issue of the day is pure, black and white and should not be modified or changed in anyway.
(Hell, I can remember one avid Obama supporter throwing up her hands in disgust at a DFL (Democratic-Farmer-Labor) event about three months after the 2008 election claiming that Obama had not done everything let alone anything that the had promised that he would do during the campaign!)
“We may not win on this but by god, we know that we have done the right thing and have made the right fight!”
Nothing may get done as a result, of course but SOB, those folks might say, “”at least the other side didn’t win either so…lets hold hands and get into a group hug while singing kumbya and doggone it all, we will feel good about what we have “accomplished!””
The only difference with the other side in the same situation is that they will say that failing to compromise on an important issue from which they would benefit from compromising is that they talked to God and she told them not to compromise.
They wouldn’t do the group hug and singing kumbya while holding hands thing as that is just a little too personal for those folks.Emoji
Nice job once again, Dick.
* Really, Norm!