My friend, Wayne Wittman, won’t be at his Minnesota Precinct Caucus on Tuesday, March 1.
My guess is he’d never miss his Precinct Caucus. He was always an activist.
From his obituary: “Wayne lived every day of his 86 years to the fullest. He had a long, satisfying career, a family he deeply loved (who loved him equally). He had zillions of friends. He died with his boots on, doing what he loved. According to Ralph Waldo Emerson, Wayne was the definition of success: “To laugh often and much; to win the respect of intelligent people and the affection of children…to leave the world a better place…to know even one life has breathed easier because you have lived. This is to have succeeded.”
As the story came across the internet: Wednesday night, Feb. 24, Wayne “had a heart attack while riding the MTC [Metropolitan Transit] bus home from a union gathering. He was rushed to the hospital but never regained consciousness.”
The next day I was at another meeting and colleague Karla was shocked to hear the news. I gathered that she had been at the same meeting as Wayne, which apparently was a phone bank urging support for a particular candidate for President at our caucuses on March 1.
So is how it goes. Below is the last photo I have of Wayne, which I took two weeks ago in St. Paul.
Here is his obituary. And here is his personal autobiography, written some while ago: Wayne Wittman Pers Hist001.
(click to enlarge) 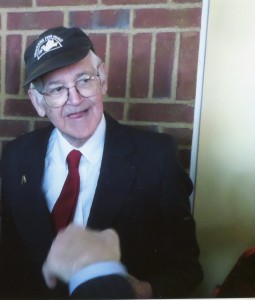 “A Leaf Flutters to Earth”?
Wayne Wittman was a common guy, like all of us.
We humans are all like leaves on a tree, and there are many trees, many varieties, in many environments, everywhere.
Just like human beings.
Wayne’s life of contributing to his family, very broadly defined, ended abruptly as he sat on a bus heading home from being of service to others. I’d guess that he’s happy that his death didn’t disrupt too many others lives. It would probably be the way he’d like to depart this earth for eternity…going home.
I know from knowing him, his particular “leaf” on life’s tree was a very productive one. (That’s why the song which heads this post came to mind when I heard it sung in Church this morning. (click to enlarge the text) A version can be heard here.)
Wherever people are in the world there are trees, and leaves.
All of us are connected.
Wayne won’t make his Precinct Caucus on Tuesday, March 1.
I’m sure he would tell us all: get involved in politics. “Politics” is each of us, at every level.
If you’re in Minnesota, and don’t know where your Minnesota caucus is: click here. 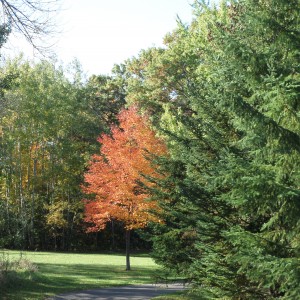