Today, November 11, I participated in Veterans for Peace (VFP) Armistice Day commemoration as I always do. This year we were at Landmark Center auditorium in St. Paul.
I thought back to the first Armistice Day I remember, at very busy Gatwick Airport in suburban London, England, November 11, 2001. We were about to board our aircraft to fly home. At precisely 11 a.m., the airport went totally quiet for two minutes. You could have heard a pin drop. I wasn’t aware of this observance of the end of World War I: it is unforgettable.
I recounted this powerful moment at the first VFP observance I attended, at Ft. Snelling Cemetery, Nov. 11, 2002. In between the two dates, I met Wayne W, who recruited me into Vets for Peace Chaper 27. Today, at the observance I heard he had been hospitalized at VA Medical Center, so I went down to visit. It seemed the very least I could do.
A memorable quote today: “War is a series of catastrophies which results in a victory.” The speaker didn’t give the source. It appears to be Georges Clemenceau, French Prime Minister during part of WWI (more here).
World War I was indeed a catastrophe which, among many other things, led us right into World War II.
Recently we went to a powerful exhibition at the Museum of Russian Art in Minneapolis entitled “Faces of War: Russia in World War I (1914-18)”
The exhibition continues until March, 2016, and it doesn’t sugarcoat this “war to end war“, which seems to have initially centered on the German Empire and Russia. Of course, there is a much larger and longer and more deadly story, and the exhibit helps begin the conversation. World War I, the advent of modern warfare, proved that war is, indeed, hell.
Not long ago, in a 1912 Geography Book found at the home farm in ND, I found an old map of Europe in 1912. It is below, you can click to enlarge. It certainly also helps to give context to a place in a particular time in history.
(click to enlarge) 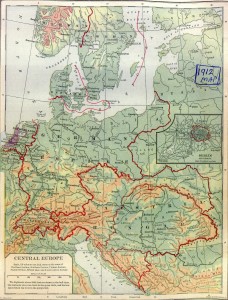 Clemenceau’s quotation is described as “cynical”, and perhaps it was so intended.
But war never has a good end, even for the victors, as victors find out over and over and over again. 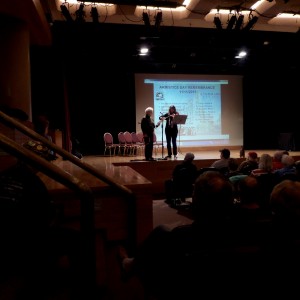